Why Workplaces Must Nurture the Millennial 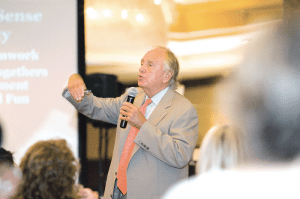 Charles Schewe says businesses need to harness the strengths of Millennials, from their idealism and confidence to their entrepreneurial bent and technological savvy.

Charles Schewe recalls a conversation he had with the head of a local bank, who told him about a recent interview with a young job seeker.
“He told me one of these guys came in, and halfway through the interview he said, ‘every day from 1:30 to 3, I go to the gym; I hope you can accommodate that.’”
That interviewee isn’t alone; the generation known as Millennials — who currently range in age from 13 to their early 30s — have a reputation for demanding work-life flexibility.
“Older people say, ‘what, are these people crazy?’” Schewe said. “There’s a sense that this is inappropriate, and we have to change them. But wait a minute — there are 72 million of them.”
Schewe, an author and professor of Marketing at the Isenberg School of Management at UMass Amherst, has been studying generational differences for more than 20 years. His most recent book — Defining Markets, Defining Moments: America’s 7 Generational Cohorts, Their Shared Experiences, and Why America Should Care — distills much of that research and applies it to the marketplace.
He says the Millennials — the second-largest generation in American history, behind the Baby Boomers — have arrived in the workforce with the baggage of a reputation for being lazy, entitled, narcissistic, and restless, perceptions that are, in many cases, exaggerated at best.
But whatever they bring to the business world, both positive and negative, Schewe said, their Boomer and Gen-X employers and managers had better learn how to incorporate their very distinct work styles. “Baby Boomers came up with casual Fridays; now it’s casual every day, and people at the top can’t change that. We need to learn to love them, not leave them, because they are the future of the workforce.
“The demographics are evident,” he reiterated. “There are 72 million of them marching into their 20s and early 30s, and they’re a force to be reckoned with, both in the marketplace and especially in the workplace.”

Tumultuous Times
The first step in dealing with Millennials, Schewe said, is understanding them and recognizing the factors that have shaped them. The term ‘cohort’ isn’t precisely a synonym for ‘generation,’ but a parallel to it, representing a group of people connected and shaped by common experiences.
“There’s a perception of Millennials out there — that they’re entitled, they’re lazy, they want everything but don’t want to give much, and so on. But that may not be true,” he told BusinessWest. “In the work I do and have done for the last 20 or so years with generational cohorts, there’s an understanding that what happens to us, what we experience from our environment and events — particularly hugely cataclysmic events when we’re coming of age, roughly 17 to 23 years of age — creates values that remain relatively stable in our lives.”
There are recent historical examples of this, he explained. “People in their 90s who experienced the Great Depression still save. The ones who went through World War II are still the most patriotic of any age group. Each group has different sets of values from the other groups, and yet there’s a cohesion of values within each group.”
The Millennials, who were born roughly between 1980 and 2000 — although some set the dates as far ahead as 1984 to 2004 — are, by either account, the second-largest cohort the U.S. has ever seen, trailing only the Baby Boomers. The earliest of them came of age during the rise of the Internet, and that has become perhaps their most important cultural touchstone.
“The introduction of the Internet changed everything,” Schewe said. Notably, it ushered in a brief moment of economic hope, followed by disillusionment, which then set the stage for the disappointments of the past decade.
“We didn’t know it at the time, but look back and see how different the world was in the late 1990s,” he said. “Young people all thought they would retire by 30 — they’d get an Internet company going and sell it off. But the [dot-com] bubble burst in 2000, then we had 9/11, then the wars in Iraq and Afghanistan.”
That was followed in short order by the global implosion of the financial markets in 2008 and the Great Recession, all of which has brought worry to a generation otherwise known for its confidence and high levels of education. But the Internet spawned something else as well — the sense of being connected to a global community, combined with a drive for technological advancement.
“The Internet has morphed into a constancy of change, and a media change — the life expectancy of a cell phone today is 18 months, and then we’ve got to get something new,” Schewe said. “We have this sense of constant speed. This sense of urgency and speed of change is a value Millennials have.”
Other factors — from the first African-American president to the scandals of Enron and Bernie Madoff; from the incompetence following Hurricane Katrina to the shootings at Columbine, Virginia Tech, and Newtown — have also coalesced into the Millennial generation’s unique mix of idealism and skepticism.

Workplace Revolution
But how does this youngest sector of the workforce interact on the job? That’s where executives and managers begin to wring their hands.
“I would say the cohort gap between Millennials and older managers is dramatic,” Schewe said. “There’s a huge gap and huge conflict between older managers who expect some sort of respect, and young people who come in and call the CEO by his first name; older people aren’t used to that. [Young workers] come in and dress the way they want to, and they expect that’s acceptable.”
They also have a reputation for casual irreverence that, as a professor, Schewe says is not completely unearned.
“I need to put on the syllabus that I prefer to be called Professor Schewe; they’ll call me Charles or Schewe, like, ‘hey, Schewe, when’s the exam?’ Or they’ll walk out the door to go to the bathroom in the middle of class — but they only do that once,” he told BusinessWest.
“They don’t have the respect for older people” that previous generations have shown, he continued. “We always thought wisdom, age, and experience had some sort of status … but that isn’t the way now. In part, it’s because they’re on top of things more than we are, particularly the technological advancements, and that gives them a sense of superiority over older people. In the past, there was some expectation of deference, but nowadays it’s just assumed we’re on an equal plane.”
The Millennial reputation for restlessness is also borne out by recent career trends. “On average,” he said, “a college graduate will have three career shifts by the age of 30. That’s not the way it was when this boy went into the job market. You were loyal to General Motors, and if you were lucky enough, you had a job all your life. Today, if they’re not happy, they’re likely to take your investment in them and go somewhere else.”
To slow down that revolving door — and avoid the costs of constantly recruiting, hiring, and training new employees — he said companies need to create a sense of community among their employees, as that’s something young workers crave.
“They’ve always been put in teams, even in school. They’re used to working with people,” Schewe said, noting that today’s forward-thinking companies are built much more around collaboration than in the past — and feature communal activities outside the office as well — because Millennials tend to be happier in such an environment. Again, he noted, if they’re not happy, they’ll jump ship.
Meanwhile, “they’re also extremely entrepreneurial, so give them challenges they can jump on, and they can take with them a sense of success, of being their own boss. That will make them more incentivized. And, of course, they’re multi-taskers, so give them multiple projects at the same time.”
The generation’s technological savvy can benefit the workforce in multiple, and often unexpected, ways, Schewe noted. For instance, it can become a sort of reverse mentorship, with Millennials teaching their managers about ways to incorporate new technology in the workplace.
That’s not easy for some older supervisors, who tend to look at employees below them in the managerial hierarchy as somehow lacking, he went on “when, in fact, they have skills and opportunities to guide managers above them. Companies should take advantage of that, and Millennials feel good about that. These people are far more creative and innovative in their thinking than prior generational cohorts.”
In addition, “they’re not going to be satisfied if they’re forced to do menial tasks; they need to be challenged,” he noted. “If, in their situation, they’re not being challenged, the company ought to think about moving them laterally — not down, because they’ll feel undervalued — but move laterally to find that sense of challenge.”

Changing Tides
Evidence suggests plenty of reluctance to embrace the Millennial way; recruiting firm Adecco found in a 2012 study that hiring managers were three times more likely to hire a worker over the age of 50 as they were to hire someone between 18 and 32. And 75% of managers in the survey said Millennials’ biggest job-seeking mistake was wearing inappropriate clothing to the interview, while 70% cited potentially compromising social-media content as a red flag to hiring.
But Schewe said Millennials bring plenty of positives as well, including their well-honed sense of idealism. While previous generations dreamed of working for a large company and making a large salary, today’s college students are just as likely to say they want to improve the world in some way. Others say money is less important than doing work that gratifies them or offers scheduling flexibility or work-life balance, so they have time to pursue their other interests.
“As an employer, how do you harness that? The answer is, you can shift the company — as any company should be doing anyway — in order to be more consistent with the marketplace, more into social responsibility, sustainability, even volunteerism. It’s unbelievable what my students do in terms of volunteering. It’s so pervasive at the university. They value that, and you as a company ought to tap into that,” he said, either by sponsoring programs or offering time off to pursue such activities.
The bottom line, he said, is that the career landscape will gradually be overtaken by a highly educated cohort — more than two-thirds of high-school graduates now go on to college, as opposed to 45% in 1960 — with much different ideas of how a workplace should operate.
Some Millennial habits seem odder than others — for instance, stories abound of young people bringing their helicopter parents to job interviews. And it’s not entirely predictable how the recent recession and a still-contracted job market will change the economic values of today’s college students.
Whatever the case, Boomers and Gen-Xers need to be ready, Schewe said.
“The point is, as an older cohort with a different set of values, you can’t just say, ‘they’ve got to bend to us; we’re not going to bend to them.’ There are just too many of them, and their values are too pervasive and too deeply embedded to be ignored.”

A Matter of Perspective 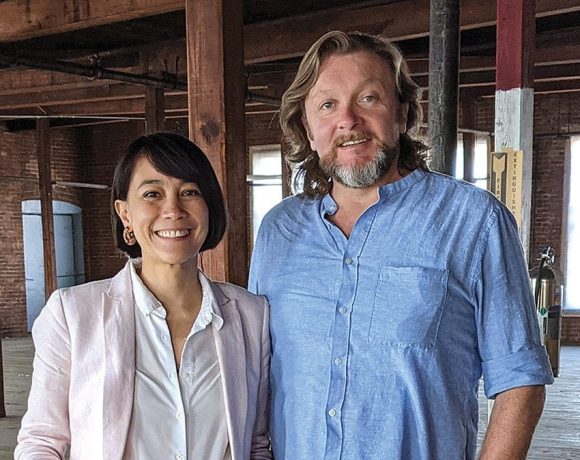 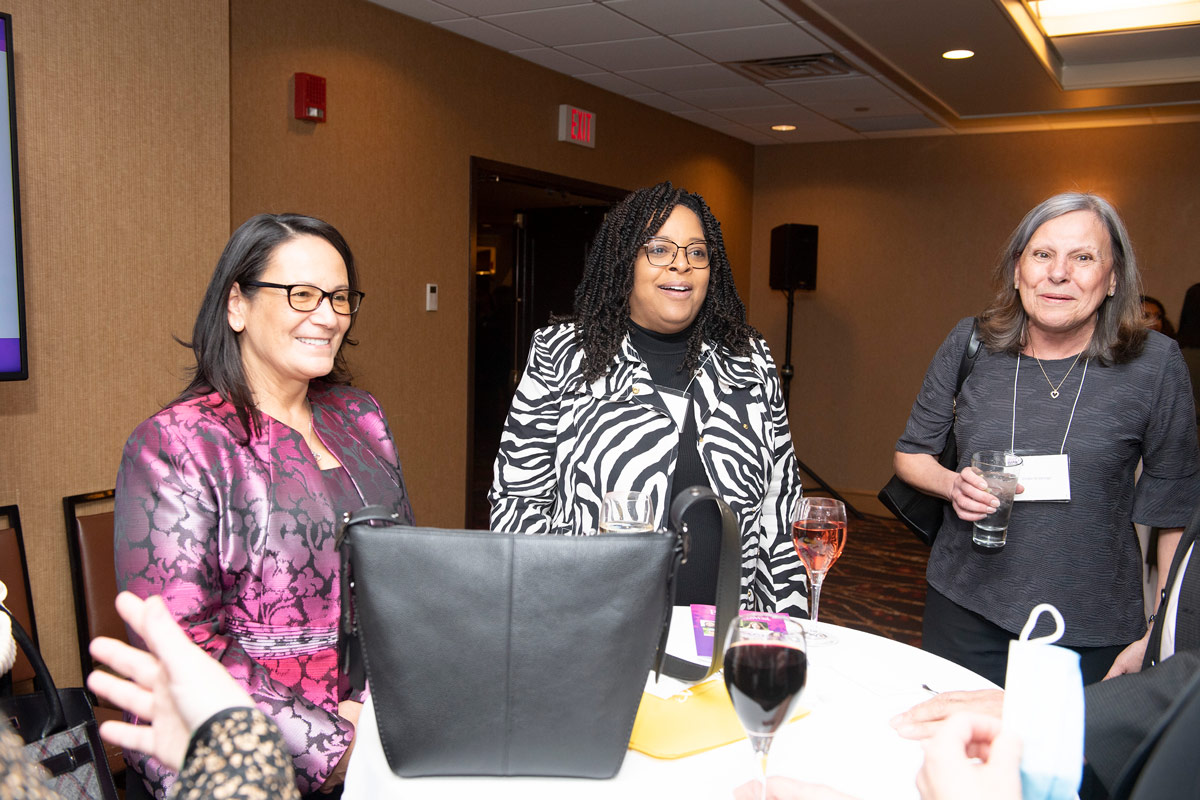 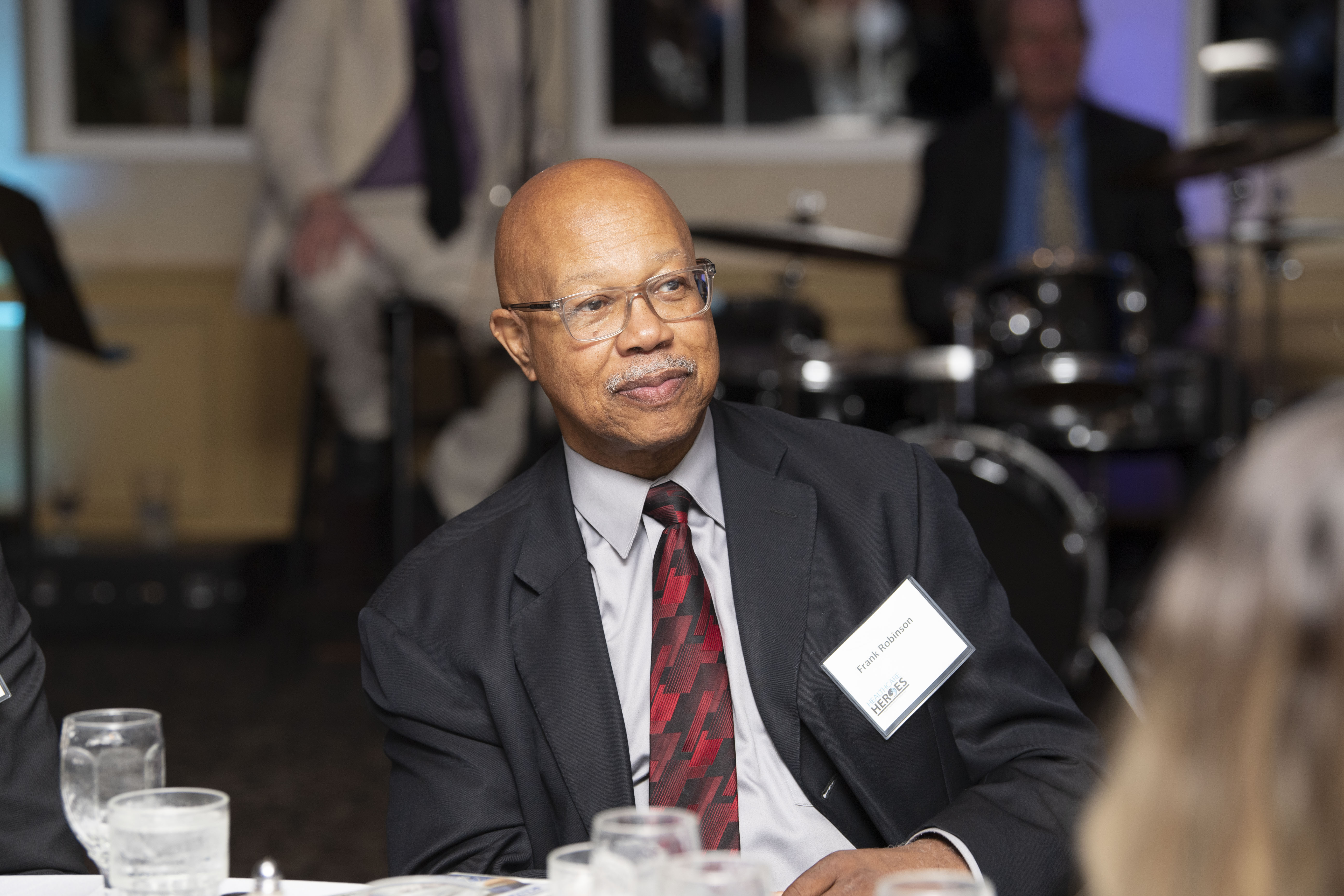 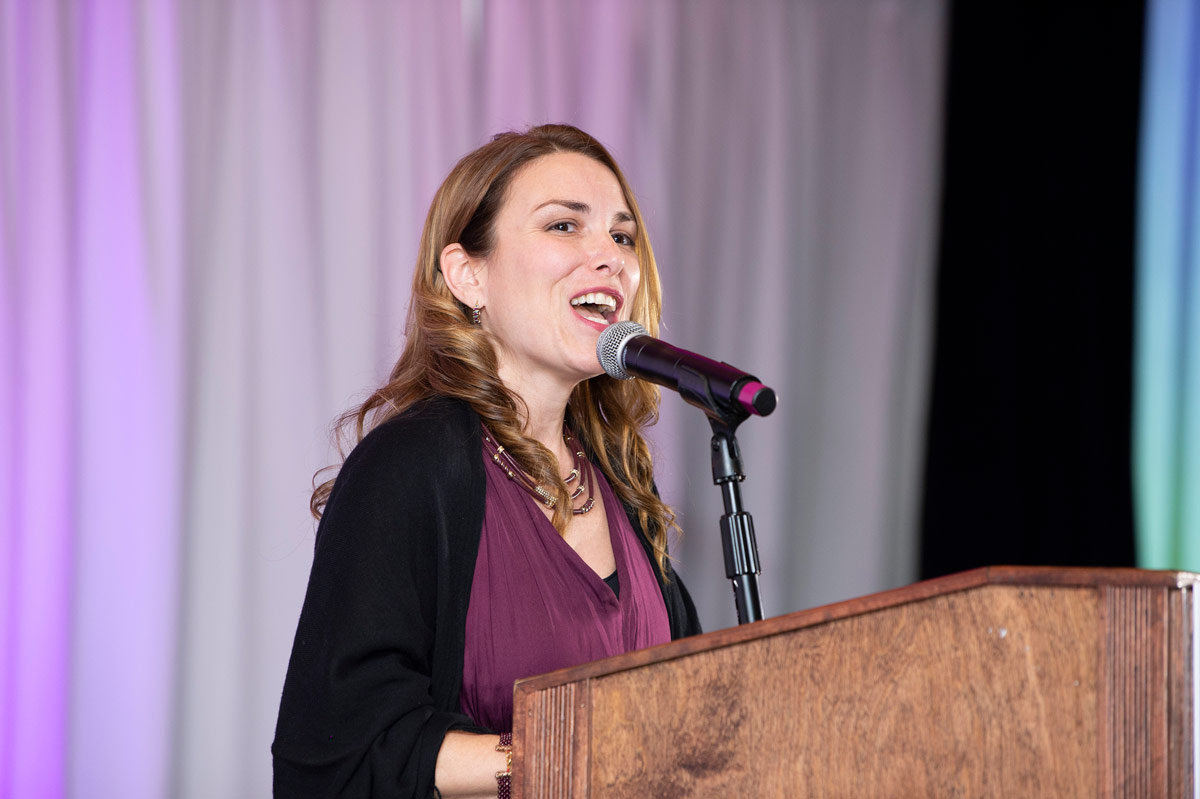 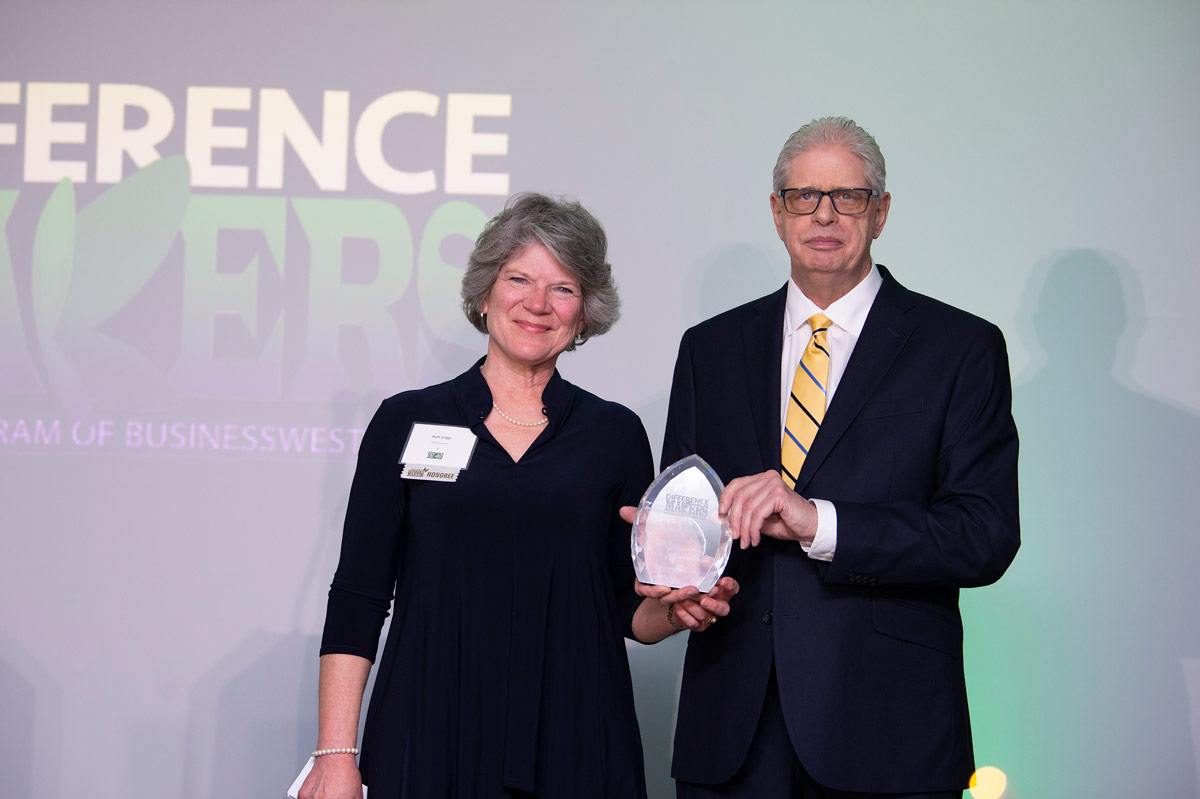