New York Sound and Motion Invests in the Big Picture 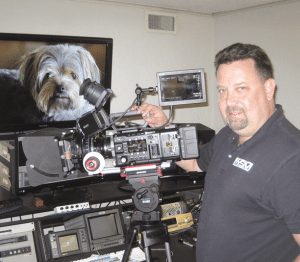 When Ed Brown interned for a neighbor’s lighting and gaffing business during one of his college summers home on Long Island, it proved to be a turning point in his life.

He spent the summer of 1989 on the set of the movie Quick Change, starring Bill Murray, Geena Davis, and Randy Quaid. “I worked as a production assistant, and I caught the bug,” recalled Brown, who is now owner of New York Sound and Motion (NYSM), a West Springfield-based, high-end video, TV, and radio production studio.

With almost 25 years of experience under his belt in lighting, filming, and editing, Brown handles production for local clients such as Marcotte Ford, the Eastfield Mall, Rocky’s Ace Hardware, Gary Rome Auto Group, and UTC Aerospace (maker of spacesuits for NASA), as well as educational and healthcare systems, political campaigns, and specialty productions for events like the Naismith Memorial Basketball Hall of Fame’s enshrinement ceremony. He recently invested thousands of dollars in a state-of-the-art digital camera and the necessary support equipment in what he calls a “calculated move” that will bring him full circle, back to the movie-production process that started it all.

Indeed, NYSM is poised, and equipped, to position Brown as a cinematographer, in addition to offering elite production services to some of the largest companies in the world. As his NYSM promotional demo on YouTube states to prospective clients, “you can make it here in Western Massachusetts!”

“I’m going after all the big guns here, and I want them to realize that there is a lot of talent with the right equipment in their backyard; they don’t need to run to Boston or New York for ultra-high-end production,” said Brown, adding that his work is also his hobby, which means he’s always reading and researching the newest products, even on his limited days off.

“I’m able to talk the talk and walk the walk with the big boys,” he told BusinessWest, “but I’m just in a little pond.”

Coming from perhaps the biggest pond — New York City — Brown, like many entrepreneurs, started his production company in the basement of his home in 2002. After spending more than a decade on the road as a videographer shooting and editing for ESPN programs such as NFL Countdown, College Gameday, and Outside the Lines, which had him working mostly weekends, he said he was missing his children’s early years.

By 2006, he’d moved to an office with a large studio in Springfield, and his client base grew, just as technology in both cameras and editing software was advancing.

After a short-lived move to West Springfield, Brown is moving NYSM back to Springfield this spring to take advantage of more energy-efficient space as he embarks on a new chapter in his company’s history.

For this issue’s focus on technology, BusinessWest visited NYSM to gain some insight and perspective concerning the many breakthroughs in lighting, cameras, and editing software that will enable Brown get back to movies and attract the kind of corporate clients he covets.

Superior lighting is one of the most important aspects of Brown’s business, and he admits that the biggest challenge in his industry is just keeping up with technology, which has advanced in just the last two years at the speed of, well, light.

He gets most of his education about the newest video-production technology at the National Assoc. of Broadcasters (NAB) convention, the world’s largest electronic media show covering filmed entertainment, video, and sound production, held each spring in Las Vegas.

“It’s the go-to place for technology; I keep up with what constitutes the latest and greatest, and this year, my main reason for attending is to convert all my studio lighting to LED lighting,” he said, noting that LED (light-emitting diode) systems require less power (from 20 amps to 2.5 amps) and produce near-zero heat, which helps with air-conditioning usage and, ultimately, his shop’s electricity expenses. “It’s the right move, and I want to see what’s out there.”

However, Brown explained to BusinessWest that LED lighting technology is still in its infancy; some inexact color-temperature differences, he explained, can seriously affect the cool or warm tinted outcome of a commercial shoot, both indoors and outdoors.

“Color temperature has to be so exact for television shoots, and I don’t care what fandangle camera you have; if the color temperature is off, you’re going to see it,” Brown explained. 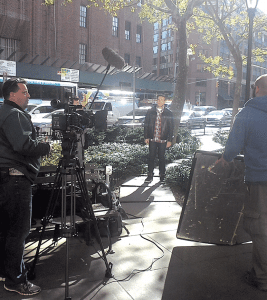 Correct lighting, indoors as well as outdoors, is vital for a quality commercial production, as seen at one of Ed Brown’s recent commercial shoots on the streets of New York City.

The higher the color temperature, the bluer, or cooler, the light will appear, he explained, while the lower the temperature, the warmer the light will appear. When filming commercials indoors and outdoors, Brown’s cameras are extremely sensitive to light, which requires him to set his lights at the same temperature to keep the subject matter and background setting the same tone from edited frame to edited frame. It’s the reason for his concern about the advancements in precise LED lighting.

Brown’s meticulous attention to detail, talent, and accrued equipment add up to production costs that can run 20 times more that they would be for a small local TV-commercial producer, but the result is what he calls “New York-quality commercials.”

A recent shoot for a Connecticut-based bank ran $10,000 for a two-day shoot that involved more than $250,000 worth of equipment on set, and that’s before he hit his editing suite to cut the commercial, at $225 per hour.

However, he said those rates are far less expensive than what high-end production would cost in a large city, and he’s raising the bar even further with his recent purchases.

“I’ve been trying get that Madison Avenue thinking here in Western Mass.,” Brown noted in reference to a strategic initiative that he believes will put NYSM on par with any large-city production house.

The main item is the Sony F55 digital camera, which boasts the ability to shoot in ultra-high definition, or what’s known as 4K, which is what ultra-high-definition televisions (UHDTV) require for excellent picture quality. The 4K resolution, he explained, is a generic term for display devices or content having horizontal resolution (DPI, or dots per square inch, which are distinct pixels in the smallest addressable visual element) on the order of 4,000 pixels. While many movies are still shot with 35mm cameras, more and more cinematographers are switching to digital cameras, like the Sony F55 and Red Epic (a competing brand).

But most television stations where Brown’s commercials air are currently high-definition (HD) only, as many home televisions are still only HDTVs.

So, does a 4K camera make sense? His answer is a quick and emphatic ‘yes,’ stressing that it’s all about quality compression — and the future of his industry.

Television broadcasts operate only in HD, or 1080×1920 pixels, but commercials shot in 4K, or four times larger, are compressed and reduced, and the picture quality is still extremely precise, meaning every pore and every hair of the person in the commercial is extremely obvious — “which produces a really big problem,” he said. “I now really need a great makeup artist.” But with makeup professionals experienced in film production working for him, Brown has that base covered.

However, he explained, commercials shot in HD lose their DPI quality every time they are saved in an edited format before being sent to TV stations. One hour of filming in 4K can result in 500 gigabytes of raw footage, which he then edits through a process called color grading. This process maintains the UHDTV integrity until the spot is completed and image size is finally reduced on a file (600 MB or less when sent to TV stations) for airplay.

“It’s why national commercial spots, which are the same quality as what I do, look so much more rich than what is typically regionally produced,” Brown explained.

Editing software has also advanced considerably. Three software programs are currently being used: Apple’s Final Cut Pro; Avid (with which 80% to 90% of all motion pictures are edited); and Adobe Premier Pro Creative Cloud, which Brown prefers. Deciding to spend more time developing smartphones, Apple recently suspended production of Final Cut, but the software and hardware giant isn’t out of the film-editing business, as it’s producing quality computers with power that is “screaming,” he said — “a ton of horsepower in a tiny little box.”

Brown’s newest purchase, the MacBook Pro with Retina Display, is more than a  “glorified iPad,” he noted. With almost no produced heat and 16 GB of RAM, an Intel i7 quad core (four central processing units), and terabyte solid-state storage, the slim machine has plenty of power, allowing Brown to process huge amounts of 4K raw video data in conjunction with the Pegasus R6 Raid System connected via Thunderbolt.

All these powerful pieces have Brown excited, but, at times, just a bit overwhelmed.

“It’s such new technology that is so new and so different … that I’m actually a little afraid of it,” he said, adding quickly that, since the holidays, he’s been working with it all daily, and his comfort level is about 100%.

Brown’s next purchase is what he calls the $9,500 trashcan, because it literally looks like a small black trashcan. The new 2013 Mac Pro, a sleek, cylindrical computer as tall as a typical coffee thermos and just a bit wider, offers 12 cores of processing ability (the typical MacBook Pro has only two cores), and even more RAM and processing power, assuring that no future project will be too massive.

He believes these investments will allow NYSM to secure more Fortune 500 clients and take on the brighter lights of Hollywood.

To that end, Brown has been rubbing shoulders with members of the Berkshire Film and Media Commission, which is closely tied to the Mass. Film Office. More than a dozen films were shot in Massachusetts last year, creating revenue of more than $359 million, and Brown, as a cinematographer, wants a piece of that action.

As his investments in expensive technology keep him ahead of the curve, he’ll also target one of the most interesting new prospective businesses in Western Mass. — MGM Springfield, which could become a constant source of high-tech 4K video productions.

“4K technology will be here sooner than you think,” Brown said as he pointed to his large UHDTV screen. “As fast as HD has taken over the market, that’s how fast 4K is going to take over the market … and I’m going after the big fish.” n 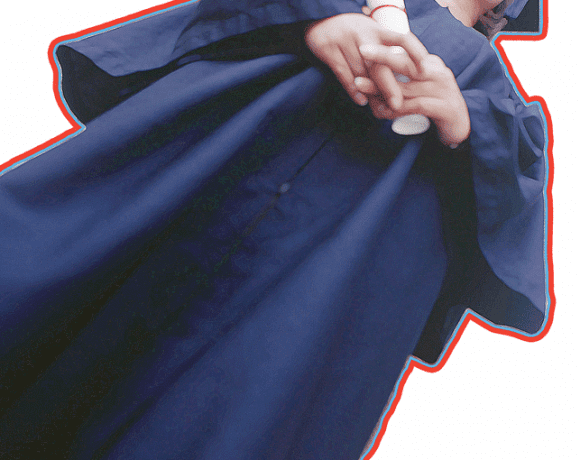