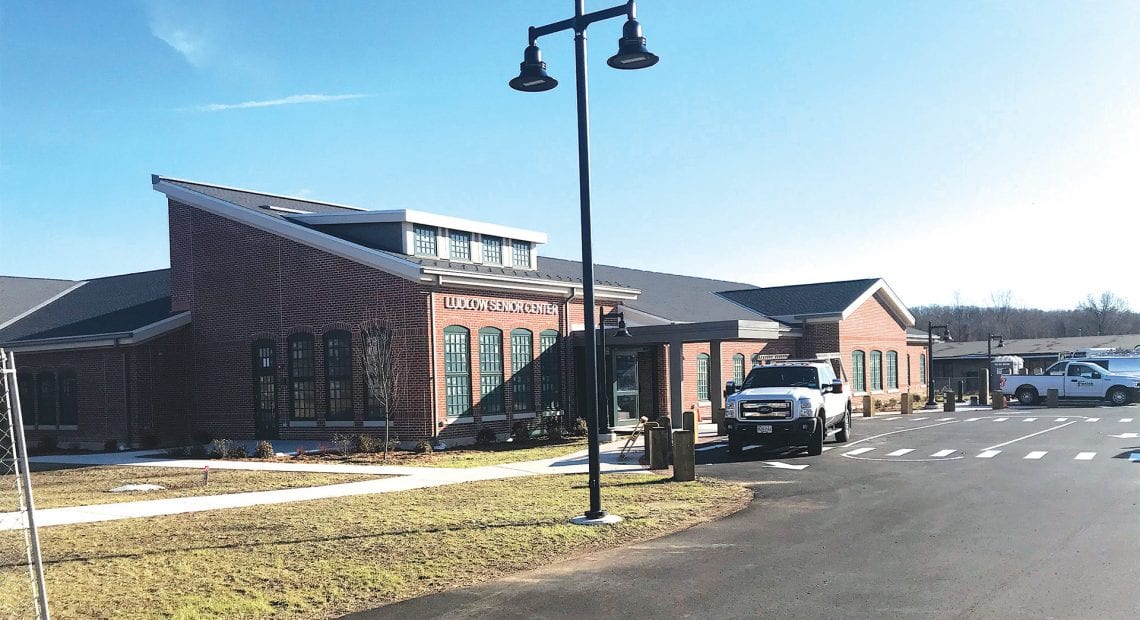 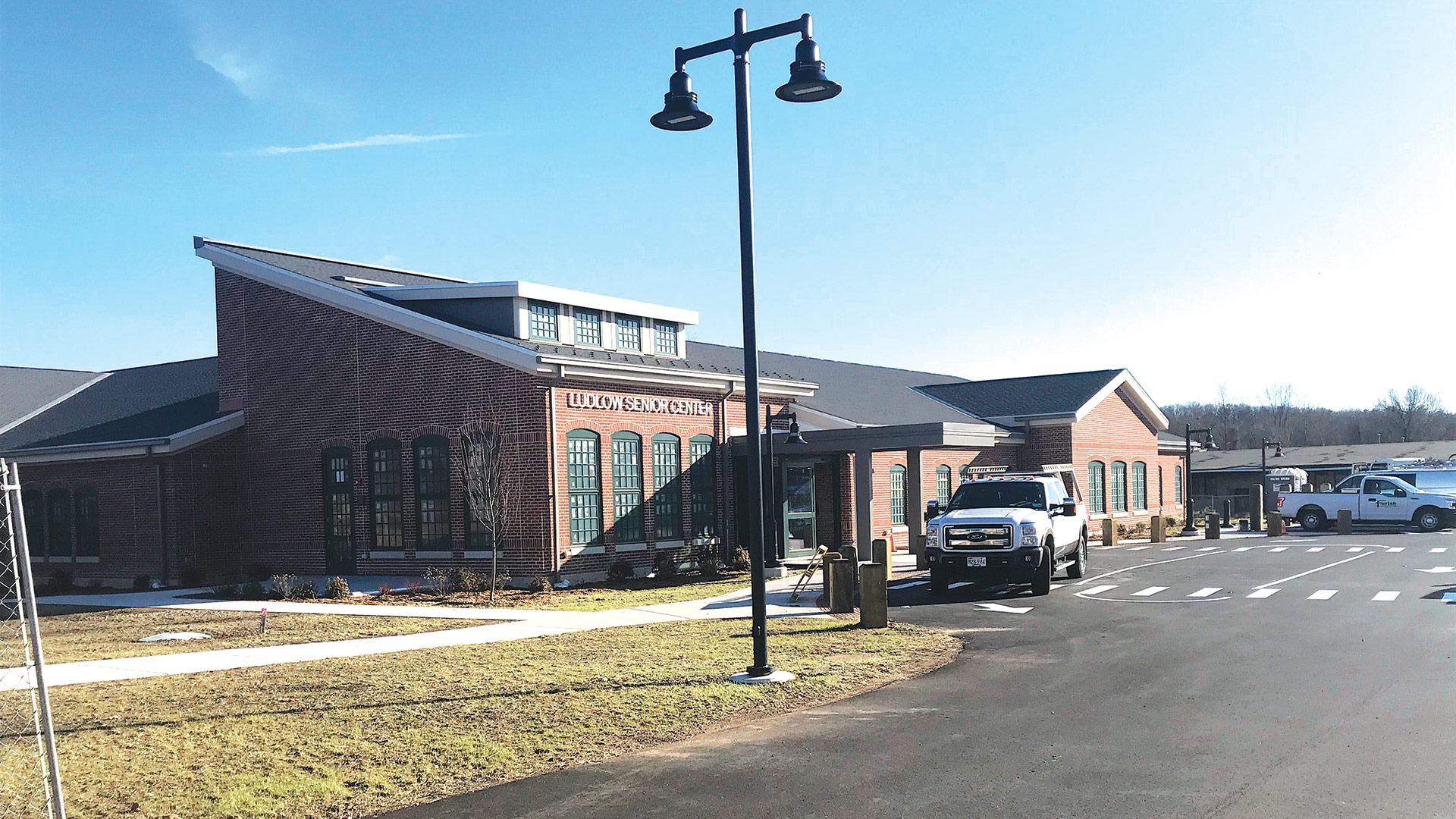 Depending on how the pandemic progresses, the new Ludlow Senior Center could begin hosting some indoor programs by February.

Despite the unprecedented challenge of COVID-19, the town of Ludlow keeps building and improving.

As coronavirus rates continue to rise across Massachusetts, Manuel Silva, chairman of the Ludlow Board of Selectmen, said officials in town are closely monitoring the number of cases there.

A long-time selectman who served an earlier term as chairman, Silva said the pandemic has brought more challenges than a typical year. Like most places, Ludlow Town Hall is closed to the general public except by appointment. Silva said some town functions, such as the town clerk and tax collector’s offices, are conducting limited public business from the rear of the building, where they can offer service through a window. “It almost looks like an ice-cream stand,” he said with a laugh.

While Ludlow Mills features several ongoing projects (more on that later), Silva wanted to talk to BusinessWest about a few prominent municipal projects that are nearing completion.

For example, construction on Harris Brook Elementary School is progressing, with a good chance that students will begin attending next fall. Harris Brook is being built to replace Chapin and Veterans Park elementary schools, with the new school located on what used to be playing fields for the adjacent Chapin School.

It’s possible the old buildings may be repurposed and given a second life, Silva said. “We are looking at doing a study on both Chapin and Veterans Park to see what other use the town might have for them.”

He and other town officials are scheduled to tour Harris Brook and inspect the progress that’s been made on it. Once the new school is complete, Ludlow will receive reimbursement from the state for nearly half the cost of the $60 million project.

Another project nearing completion involves road improvements to Center Street, a main artery in Ludlow. Because the street is also part of Route 21, a state highway, the Commonwealth paid for most of the $5.6 million in improvements. 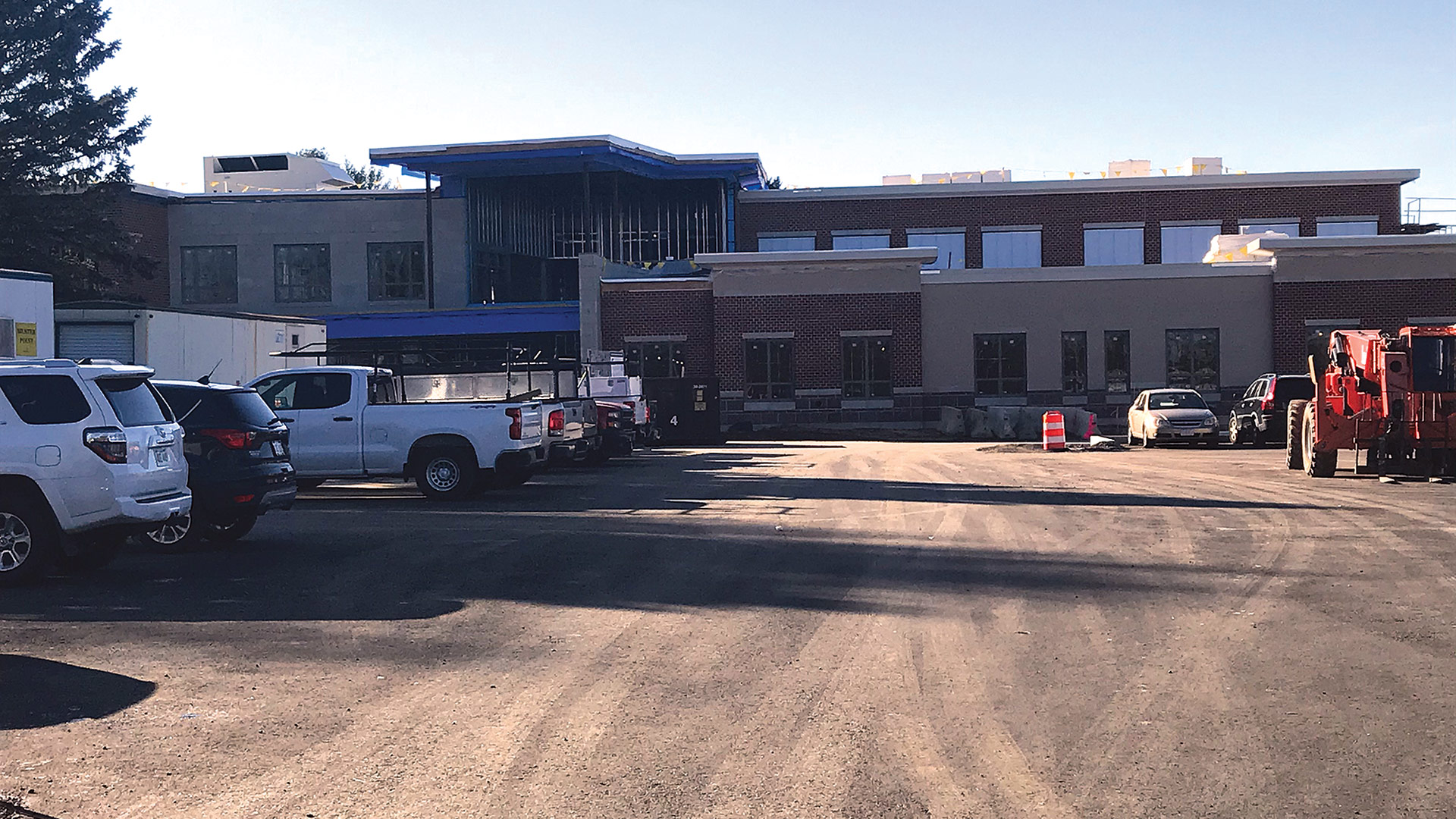 Perhaps no one in Ludlow is more enthusiastically looking forward to opening the new Ludlow Senior Center than Jodi Zepke. As director of the Council on Aging, she and her staff plan to move out of the basement of the former high school on Chestnut Street and into the new building on State Street. While staff will be taking occupancy of the new building in mid-December, the Senior Center will remain closed to the public because of COVID-19 concerns, a situation that Zepke said poses both pros and cons.

“We’re excited to get into the building. It will give the staff an opportunity to get comfortable in their new surroundings before we have seniors come back,” she said. “At the same time, we know how excited everyone is to visit the new building as soon as they can.”

In what she called a “perfect world” scenario, the Senior Center could begin hosting some of Council on Aging programs indoors at the new facility in February. Throughout the warmer months, the council’s popular exercise and social programs were held outdoors at the park adjacent to the current senior center. As the weather became colder at the end of October, the outdoor programs wrapped up for the season.

“Without innovative thinking from Westmass and the developers we work with, these mill buildings could have been vacant and falling apart.”

“The outdoor programming was a great opportunity for people to see each other, get out of the house, and do some exercising,” Zepke said, noting that said groups took part in yoga, tai chi, and discussion groups, all socially distanced. Several of the exercise programs are available on local cable-access TV. While the broadcasts can help keep people active, she recognizes that people still need the socialization such programs provide for seniors in town.

“The most important thing is to remain connected to people, otherwise the social isolation is terrible,” she said. “We’re pushing for at least some indoor programming because we’re already seeing the mental-health effects of staying home all the time.”

Before COVID-19, the Senior Center hosted a popular daily lunch program. When coronavirus hit and it was no longer possible to bring people to the center, Zepke said her staff switched gears overnight and converted the daily lunch to a thrice-weekly grab-and-go meal where people drive up and receive a box lunch from center staff who are dressed in appropriate PPE. Zepke calls it one of the best things her organization has done since the pandemic hit.

“It’s an opportunity for us to see people and take a few minutes to chat with them,” she said. “It’s the highlight of my day.”

One of the brightest spots in Ludlow’s economic development for the last several years has been the redevelopment of a series of old mills located on the banks of the Chicopee River. The Westmass Area Development Corp. owns the mills and works closely with the town to bring new vitality to the entire area. Town Planner Doug Stefancik said the partnership between Ludlow and Westmass is a win-win.

“Without innovative thinking from Westmass and the developers we work with, these mill buildings could have been vacant and falling apart,” he said. “Instead, they are developing state-of-the-art projects that enhance the whole State Street corridor.”

Notable tenants in the mill project include businesses such as Encompass Health Rehabilitation Hospital of Western Massachusetts and Iron Duke Brewing, but Stefancik also pointed to a successful housing development known as Residences at Mill 10, which added 75 units of senior housing to Ludlow when it opened in 2017.

Looking forward, plans are in the works to develop the clock tower, also known as Mill Building 8. WinnDevelopment, builder of Residences at Mill 10, has proposed a plan for 95 units of senior housing in the building, with 48,000 square feet on the first floor dedicated to retail space. Stefancik said the project is in the early stages, and the next steps include site-plan approval and a public hearing.

“We’re fortunate that WinnDevelopment is coming back to work on Mill Building 8 because their work is first-rate,” he said. “They completed Residences at Mill 10 three years ago, and since its opening, it has been wildly successful.”

As more residents move to the area, Stefancik said the Ludlow Riverwalk, located behind the mill complex, is growing in popularity. “It’s becoming a walkable neighborhood area, and we like to see that.”

Earlier this year, a key infrastructure component in the redevelopment of the mills was approved. The Riverside Drive project is a proposed roadway that replaces an old access road in the mill complex. The project is currently out for bid, with construction expected to start next year on 4,130 feet of roadway that runs through the mill complex from East Street to First Avenue. When complete, Riverside Drive will improve access to all areas of Ludlow Mills.

The revitalization of the mills has become a major asset for the town of Ludlow.

“It’s been one of the areas where we’ve seen massive growth for economic development and housing opportunities,” Stefancik said, adding that potential exists for even more growth in the years ahead — something that’s true not only for the mill complex, but for the town itself. 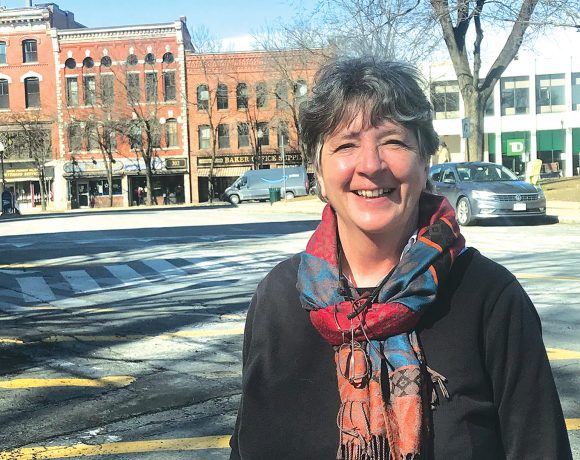 Greenfield Keeps a Sharp Focus on the Future 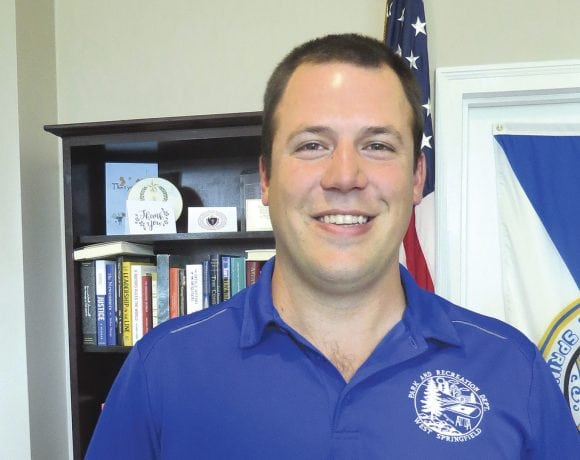 West Side’s Story is About Maximizing its Assets