Market Street Research Thrives by Getting Clients the Answers

The Art and Science of ‘Finding Out’ 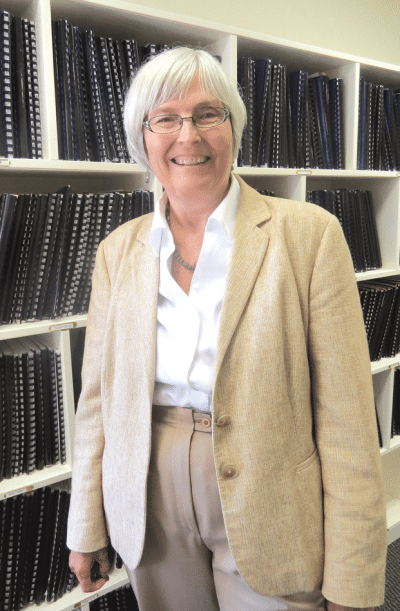 Much has changed since Julie Pokela and partner Nancy Mihevc decided to go into business doing market research nearly 40 years ago. One thing that hasn’t changed is the simple mission for the company now known as Market Street Research: finding answers for clients who need information to understand their audience and grow their business.

Julie Pokela says it was already shaping up to be a busy summer for Market Street Research (MSR), the firm she helped lay the groundwork for nearly 40 years ago. And then, some additional work start pouring in.

Funneled by the Wallace Foundation, started by the founders of Readers Digest, as part of an ongoing initiative concerning the arts, these projects involve several noted institutions — the Seattle Opera, the Pacific Northwest Ballet, and the New York-based Alvin Ailey American Dance Theater — that want some insight into how to grow their audiences.

A major focal point of these analyses will be the Millennial generation, members of which now statistically outnumber the Baby Boomers, said Pokela, and remain a point of fascination — and mystery — for businesses across all sectors.

“People are trying to figure out how to tap into this generation,” she said, adding that these arts-related projects will utilize focus groups and a host of other methodologies to gain some insight.

When asked to speculate on what these studies may reveal about the Millennials and their attitudes about the arts, Pokela thought for a second and said, “I don’t know … we’re going to find out.”

‘Finding out’ has been the simple two-word answer to the question of what this company does since Pokela and partner Nancy Mihevc joined together in a venture called the Research Group in 1978 (more on the company’s history later). They’ve been finding answers for clients ranging from political candidates to regional and national banks; from private colleges to major medical systems; from retail chains to nonprofit agencies.

The specific questions to which they’ve sought to find answers have varied, but the common denominator has essentially been market share and the universal goal of improving it.

Today, achieving that goal involves successfully marketing to and then serving several generations, each with distinct attitudes and preferences, said Pokela, adding that the Millennials are proving to be particularly challenging for many sectors.

“Banks are really interested in this subject,” she noted. “And we do a lot of work with independent schools and colleges to help them figure how they’re positioned among the students and parents looking at colleges — and how to grow their enrollment.”

Over the years, the size and composition of MSR’s client base has changed, said Pokela, noting that, in the ’80s, the company did considerable work with banks, and later put a heavy focus on healthcare, specifically hospitals and medical systems that wanted insight into what the public thought of the services they were providing.

While the company still serves both those sectors, its overall strength has been diversity, said Pokela, adding that this trait has enabled it to survive the many economic downturns over the past four decades.

The business itself has also evolved. Years ago, MSR employed those who would do the actual data collection for the research projects. Now, those services are outsourced, noted Pokela, adding that, while laying off dozens of employees constituted the most painful moment of her career, the resulting entity is smaller and more manageable, and enables her to spend the vast majority of her time doing what she likes most — research and interpreting what it means.

For this issue and its focus on women in business, BusinessWest talked at length with Pokela about her company, the intriguing world of research, and the art and science of ‘finding out.’

Tracing the history of her company, Pokela said the intriguing story began when she was pursuing her doctorate in communication at UMass Amherst, studying under, among others, Mihevc, who taught political communication.

One of Mihevc’s other students at the time became involved with Ed McColgan’s campaign to unseat Congressman Silvio Conte, and she asked Mihevc to conduct some research for the candidate.

She agreed, and asked Pokela if she wanted to assist with the polling, which she did.

Those efforts didn’t succeed in getting McColgan elected — he triumphed in the Democratic primary, but was buried by Conte in November — but they did get the attention of other candidates, who recruited the two for similar polling.

“We got to the point where Nancy was coming up for tenure, and I was looking at finishing my Ph.D., and had to decide — do we want to start a company or continue with our expected lives of being academics?” she went on. “We decided that it wouldn’t hurt anything to start a company, so we did.”

Given a boost by some work they did for the Center for Human Development in Springfield, which received a grant to conduct a telephone survey on community attitudes toward foster parenting, the pair enjoyed success early on, working mostly on political campaigns and projects for ad agencies.

The recession of the early ’80s nearly took them out, though, said Pokela, adding that she and Mihevc turned to the Mass. Small Business Development Center and then-Director Merwin Tober for some assistance on how to position the company for growth and sustainability.

Tober came up with the idea of generating a recurring form of income — or several of them — rather than being solely what amounted to a job shop. And from that suggestion, the two partners eventually conceptualized something they would call the “Quarterly Bank Survey.”

As that name suggests, the initiative surveyed area residents on a quarterly basis about their banking habits and preferences, said Pokela, adding that most all area banks bought the reports.

“It ended up being a great product and a solid source of regular, predictable income — we did it for maybe 10 years,” she said, adding that this effective niche was substantially weakened by a wave of consolidation that swept over the industry in the late ’80s and other consequences of a deep and prolonged recession that took a severe toll on the financial-services sector.

But, while bolstering its portfolio with banks, the company — which became known as Market Street Research in 1986 after Pokela and Mihevc parted ways and the former joined forces with Elizabeth Denny — was doing the same with the healthcare industry. 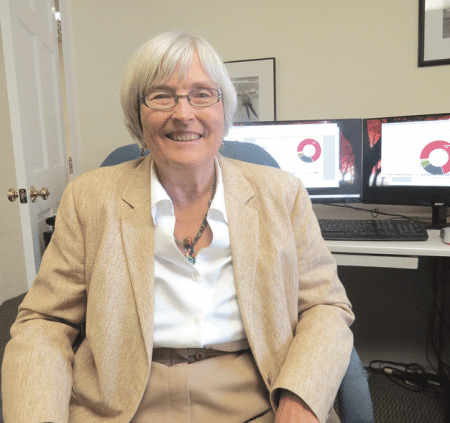 Julie Pokela says there are businesses across many sectors that want to know what the Millennials are thinking — and how they’re spending.

That remains the primary source of business today, accounting for roughly 70% of annual revenues, said Pokela, adding that now, as then, the industry relies on a steady flow of data concerning its services and how they are perceived.

The company started with a hospital survey similar to the one produced for banks, she said, adding that, by the late ’80s, most healthcare providers were ratcheting up their marketing efforts in response to changes within the industry, especially a shift from inpatient to outpatient care and the resulting increase in bed capacity.

“Length of stay was greatly reduced, and as a result, hospitals had all this excess capacity for inpatient beds,” Pokela explained. “So they started looking at the edges of their markets and saying, ‘where can we pick up more patients in areas that we haven’t traditionally looked at?’ So hospitals learned how to compete very quickly.”

This phenomenon has generated a steady source of revenue for the company ever since, she went on, noting that MSR has a number of prominent hospitals in its portfolio, including Mass General, NYU Langone Medical Center, the Cleveland Clinic, Dartmouth Hitchcock, and many others.

Most are steady, repeat customers that require in-depth marketing studies at least every two years, and often on a more frequent basis.

The nature of the work varies, but much of it comes down to two key issues in this sector and most all others — awareness and image.

“If you look at the process by which someone makes a decision to use any kind of organization, it starts with awareness — people are more likely to use an organization they’re aware of,” she explained. “So we track what their awareness levels are, and ask people, ‘when you think about hospitals in your area, which ones come to mind?’”

Overall, the company tailors its questions and surveys to meet the specific needs of clients and business sectors, and the ability to help companies in a host of industries has driven solid growth over the years and enabled MSR to weather the economic downturns in recent years.

The firm has clients in healthcare, financial services, the nonprofit arena, governmental agencies, retail, technology, manufacturing, and, especially this summer, the arts, which Pokela has identified as a potential source of growth for MSR.

In higher education, for example, the company has worked with a number of institutions, including Bryn Mawr College, Mount Holyoke College, Smith College, Western New England University, and UMass Amherst, with research focused on a number of areas, including:

The company also works with private elementary and secondary schools and also public school systems and school boards, in matters ranging from attracting and retaining high-caliber students to communicating information and specific strengths to the community.

In retail, meanwhile, the company has provided services for national chains, mom-and-pop stores, and entities that fall in between. It helps those clients with everything from assessing awareness (there’s that word again) to customer satisfaction, site-location selection, market feasibility of new products, and more.

Increasingly, those in each sector want to know what the members of each generation are thinking and what they’re looking for in terms of products and services.

She joked that those in healthcare are not yet fascinated by the wants and needs of the Millennial generation — “young people don’t get sick” — but just about everyone else is, including those arts institutions that have recently become clients.

As for the answers to that question … the reports commissioned for those arts institutions should be completed by this fall, she went on, adding that there may be some answers there.

Looking ahead, Pokela said the company’s primary goal is to continue to log steady, manageable growth.

She believes it can continue to do so because, overall, it scores well in those areas for which it gauges results for its many customers — awareness, quality of service, and image. And, especially, because it continues to raise and clear the bar in that one realm for which it was formed, a service that has become both an art and science: finding out.

The Benefits of Low Interest Rates