The Seventh Annual 40 Under Forty Competition

This year’s nominations were scored by a panel of five judges, who accepted the daunting challenge of reviewing more than 100 nominations and scoring individuals based on several factors, ranging from achievements in business to work within the community. BusinessWest would like to thank these outstanding members of the Western Mass. business community for volunteering their time to the seventh annual 40 Under Forty competition. They are: 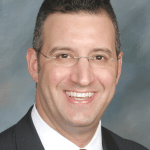 • Jeffrey Fialky, a member of the 40 Under Forty class of 2008 and a shareholder of the regional law firm Bacon Wilson, P.C., and member of the firm’s corporate, commercial, and municipal departments, where he specializes in all aspects of corporate and business law, banking, commercial real estate, and sophisticated commercial transactions. He joined the firm in 2006 after nearly a decade of living in Eastern Mass., where he held senior commercial attorney positions within some of the country’s most prominent publicly traded telecommunications and cable television companies. He previously served as an assistant district attorney in Hampden County. 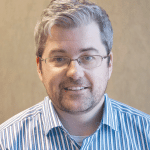 • Brendon Hutchins, CFP, a member of the 40 Under Forty class of 2012, and senior vice president of Account Management for St. Germain Investment Management. Prior to joing the firm in 2003, he was vice president and financial advisor for the FleetBoston Financial Corp. Private Clients Group in Springfield. His prior experience includes eight years with Fidelity Investments as a vice president in the retirement division, with responsibilities across multiple locations during his tenure there.

In addition to being a certified financial planner, Hutchins holds NASD series 7 and 65 licenses for securities representation and investment-advisor services. He currently serves on the board of directors for the New England office of the March of Dimes, the Greater Springfield YMCA, and the Basketball Hall of Fame, and has also served on the board for the Springfield School Volunteers. 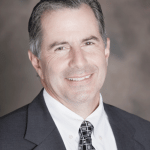 • Mark O’Connell, president and chief executive officer of Wolf & Co., providing audit and financial reporting services to both privately held and publicly traded financial institutions and holding companies across New England, including community banks and mortgage banking institutions. In his current capacity, he is responsible for the strategic direction of the firm, while also providing audit and advisory services to financial institutions. His experience also includes consultation on audit and accounting issues related to mergers and acquisitions and with respect to debt and security offerings filed with the Federal Home Loan Bank Board, the Federal Deposit Insurance Corp., and the Securities and Exchange Commission. 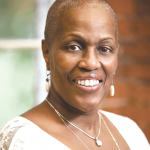 • Myra Smith, vice president of Human Resources and Multicultural Affairs at Springfield Technical Community College (STCC). Joining the college in 1978, Smith has helped transform the STCC community into one of inclusiveness that celebrates cultural diversity. Among her many accomplishments is the creation of the STCC Diversity Council and its event series, which brings national and international speakers and artists to the campus. Smith also was responsible for the creation of the STCC “Think Tank” series, which brings community leaders together to assist with the retention and graduation rate of young men of color.

Smith is also active in the community, serving on many local boards, including People’sBank, the National Conference for Community Justice of Western Mass., and the STCC Foundation. Smith is a founding trustee of the Martin Luther King Charter School of Excellence and a trustee for the Non-Unit Health and Welfare Trust Fund for the Commonwealth of Massachusetts. Smith was recognized in 2007 by Unity First with a Women of Leadership Award, and received a Women of Vision Award from the Elms College Step Forward Program in 2005. 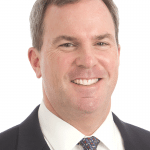 • Jeff Sullivan, executive vice president and chief operating officer of United Bank. In that capacity, which he assumed Jan. 1, Sullivan is responsible for the bank’s retail deposit and operations division, advancements in technology and electronic banking, and franchise expansion efforts. In addition, he also oversees the Information Systems and Facilities Departments and the United Wealth Management Group, and is also responsible for the company’s enterprise risk management program. He previously served the bank as executive vice president and chief lending officer and, prior to arriving at United, served in commercial-lending capacities for the Bank of Western Mass. and BayBank.

Sullivan has been involved with a number of area nonprofit and economic-development-related organizations, including DevelopSpringfield, Better Homes Inc., Martin Luther King Jr. Family Services, Briana Fund for Children with Physical Disabilities, OnBoard, the Pioneer Valley Plan for Progress, the Holyoke Chamber of Commerce, and the Economic Development Council of Western Mass.