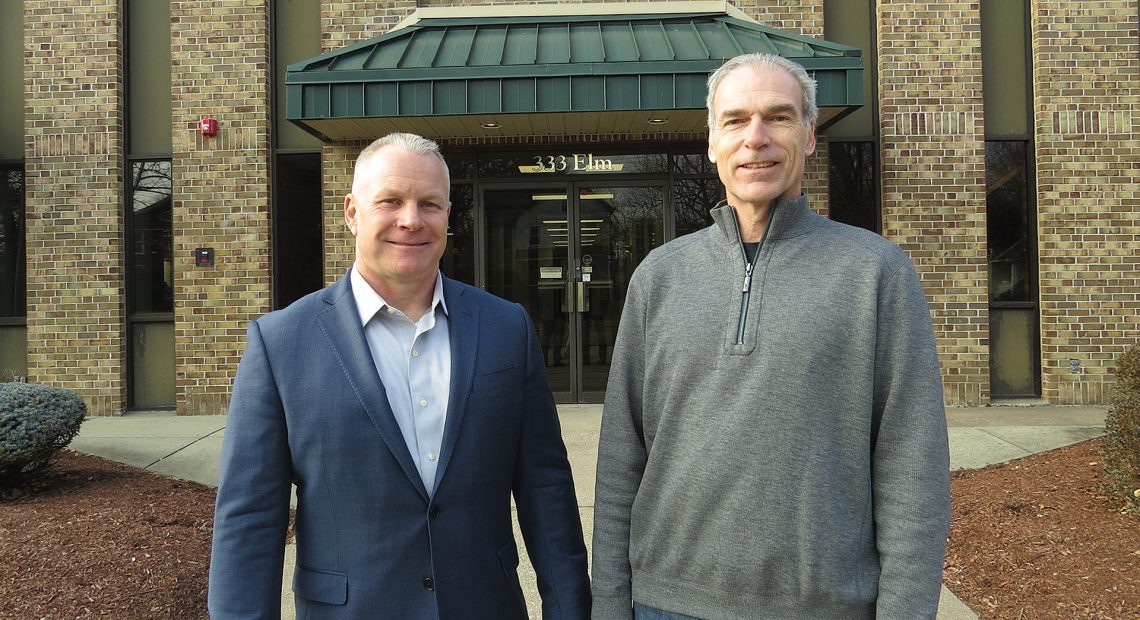 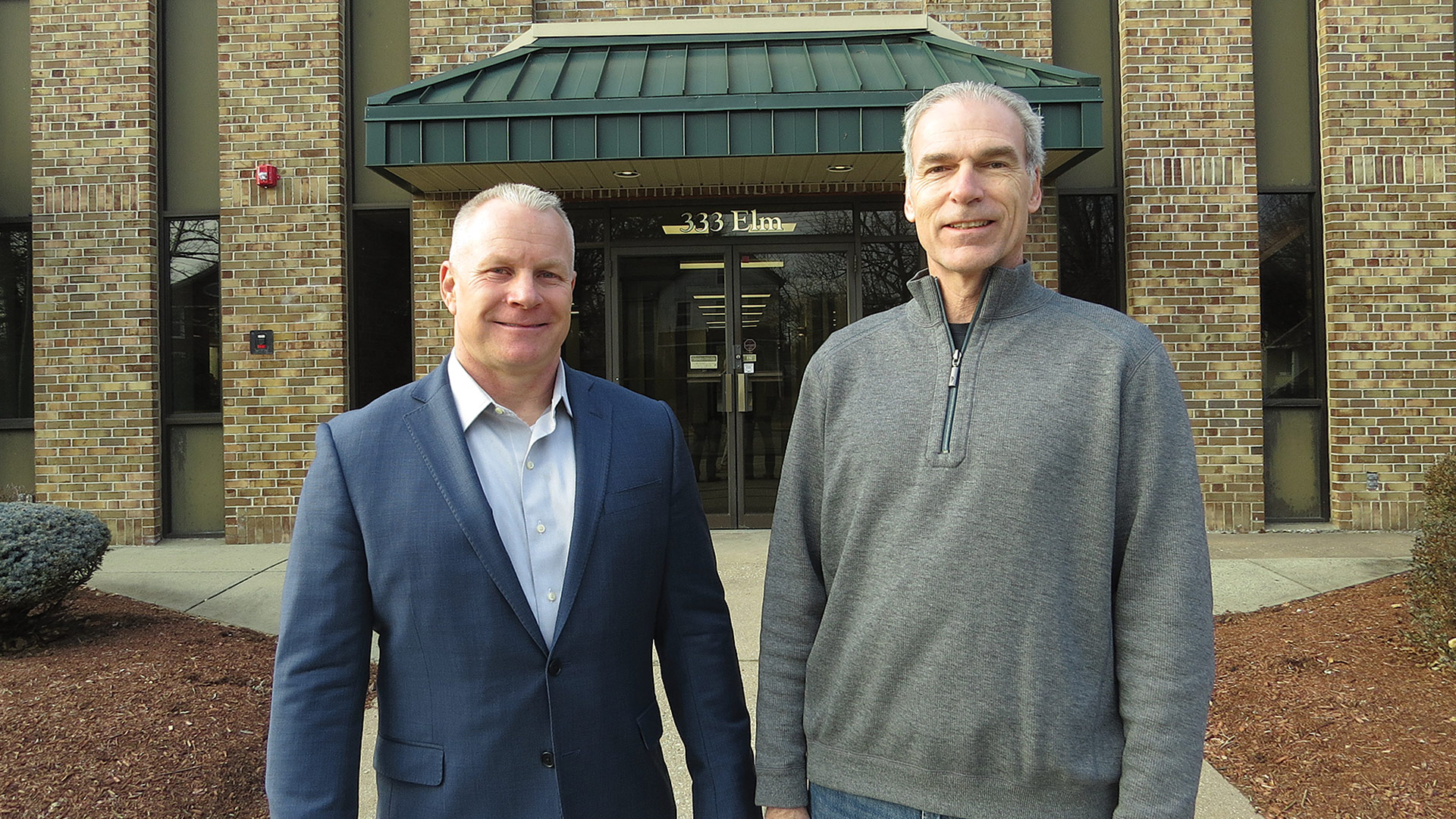 Michael Martin, left, and Nick LaPier have acquired 333 Elm St. in West Springfield and made it home to their businesses.

That would be the office building at 333 Elm St. in West Springfield.

Back then, he took a tiny office (600 square feet) on the first floor. There, with his mother, Elaine, serving as an office manager, he quickly grew his firm and eventually moved out and up.

Today, he is co-owner of the property where he first put his name on the door, along with Michael Martin, managing partner of Paladin Wealth Partners, which will soon be expanding with a second office at 333 Elm, sharing the property with LaPier Dillon & Associates (LaPier partnered with Brian Dillon several years ago); New Valley Bank, which moved in last August; and tenants that will occupy roughly 1,500 square feet of space currently being built out.

Together, they’re filling the parking lot and bringing new vibrancy to the property known to many in the community as the ‘Checkwriters Building’ (the payroll company occupied most of the property before outgrowing the space and moving to Northampton in 2021) and, before that, as the home to a dental practice — Dr. James Sady built the property in 1975 — and other tenants.

It was also home years ago to Multi Bank, where LaPier and his wife, Kathy, secured their first car loan.

So LaPier has a long history with the property, and he and Martin intend to write more chapters, starting with the relocation of their businesses to that site, thus becoming part of the revitalization of West Springfield’s downtown, a work in progress that includes the redevelopment of the former United Bank property, 95 Elm St., just a few blocks to the south; some new restaurants; and planned traffic improvements, including a rotary at the intersection of Elm Street and Route 20 (more on that later).

“The hope with this move is that, as we continue to grow, we will have the space available to accommodate that growth.”

LaPier, Dillon, and the accounting firm’s other employees finished moving in just after the new year. Meanwhile, Martin and others from Paladin Wealth Partners are set to move in later this month. While the property was acquired last summer, the two partners have invested heavily in renovating its spaces.

“We essentially gutted it and designed it from the ground to function as a full-service CPA firm,” LaPier said of his firm’s 6,500 square feet, adding that the company now has 16 employees. “We designed it to be the most efficient operation format for a CPA firm, but, at the same time, designed for 2023.”

With both LaPier, Dillon & Associates and Paladin Wealth Partners, the acquisition of 333 Elm started with the realization that they had outgrown their existing homes. For the accounting firm, that meant space roughly a mile away at 71 Park Ave., and for Paladin, space in Tower Square.

“The hope with this move is that, as we continue to grow, we will have the space available to accommodate that growth,” LaPier said.

Martin said his firm, which he launched with partner Pat Donnelly in 2018, has seen steady growth over the past several years. Having outgrown the space in Tower Square, the logical decision was made to expand with a second office.

“We have 2,500 square feet in Tower Square, and we were full,” he told BusinessWest, adding that, at the advice of his son, Ryan, who once worked in sales at Checkwriters (and now works at Paladin Wealth Partners), he took a close look at the 333 Elm St. property. Later, he would partner with LaPier, his long-time accountant, to acquire it for $1.9 million.

But there were other considerations for this acquisition beyond the need for more space.

Both LaPier and Martin were looking for real-estate investment opportunities, and when the property came on the market in 2021, they gave it a close look and decided that, in addition to a storied past, it had a solid future, given its location, parking, and other amenities. 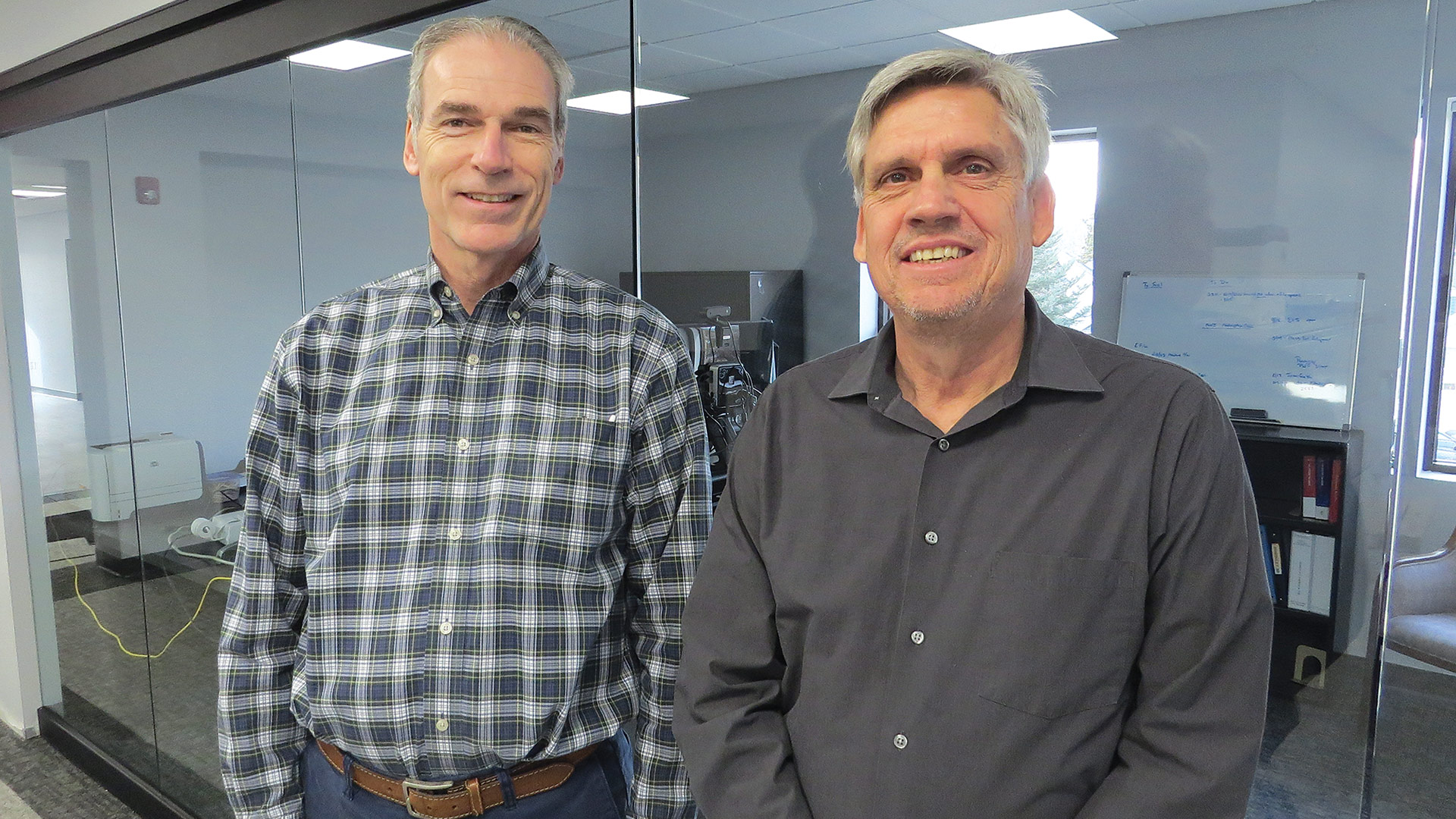 Nick LaPier, left, and Brian Dillon in their renovated space at 333 Elm St. in West Springfield.

Soon after taking ownership, they signed New Valley Bank, an emerging player in the region’s financial-services sector, to a long-term lease for what is now its third location. A solid tenant, the bank also brings potential new customers to both LaPier, Dillon & Associates and Paladin Wealth Partners, he said, as well as needed foot traffic in the city’s emerging downtown — a story both partners wanted to be part of.

“Elm Street’s a growing area; that’s another reason to invest here,” LaPier said. “There’s been positive growth on the street for the past 10 years, and it appears that the city wants to continue developing it as a business corridor; we want to be part of that story.”

West Springfield Mayor William Reichelt confirmed those aspirations. He said there has been significant progress made in making Elm Street more of a destination in recent years, especially through the redevelopment of the former United Bank Building, which is now home to several tenants, including Tandem Bagel Company, Future Health, Kindred at Home, and several others.

Having 333 Elm vibrant again, especially with service businesses that will have employees but also bring people to that location, will certainly bring more momentum to that central business district.

“Just to have more bodies in the downtown is good overall,” Reichelt said, referring to employees working at that location. “There are now more people who are going to go eat at Tandem, the Celery Stalk, or the other restaurants in the area. They’re going to bring customers and more foot traffic down here, and that’s what our downtown is going to thrive on.

“That building being vacant really hurt us — all those employees who weren’t there anymore,” he went on, adding that the property had been largely vacant for roughly two years.

The parking lot is filling back up again, a positive sign for the city and the start of another intriguing chapter in the story of a property with an already-rich business history. 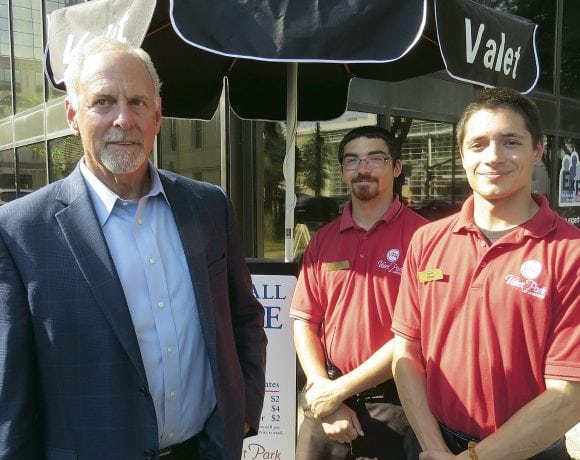