SPRINGFIELD — Local, state, and national leaders joined Dinesh Patel and Vid Mitta, owners of Springfield Hospitality, in a lavish ribbon-cutting ceremony for the new Marriott hotel in downtown Springfield on Thursday, an event that capped more than three years of work to renovate the hotel in Tower Square and reclaim the Marriott flag. 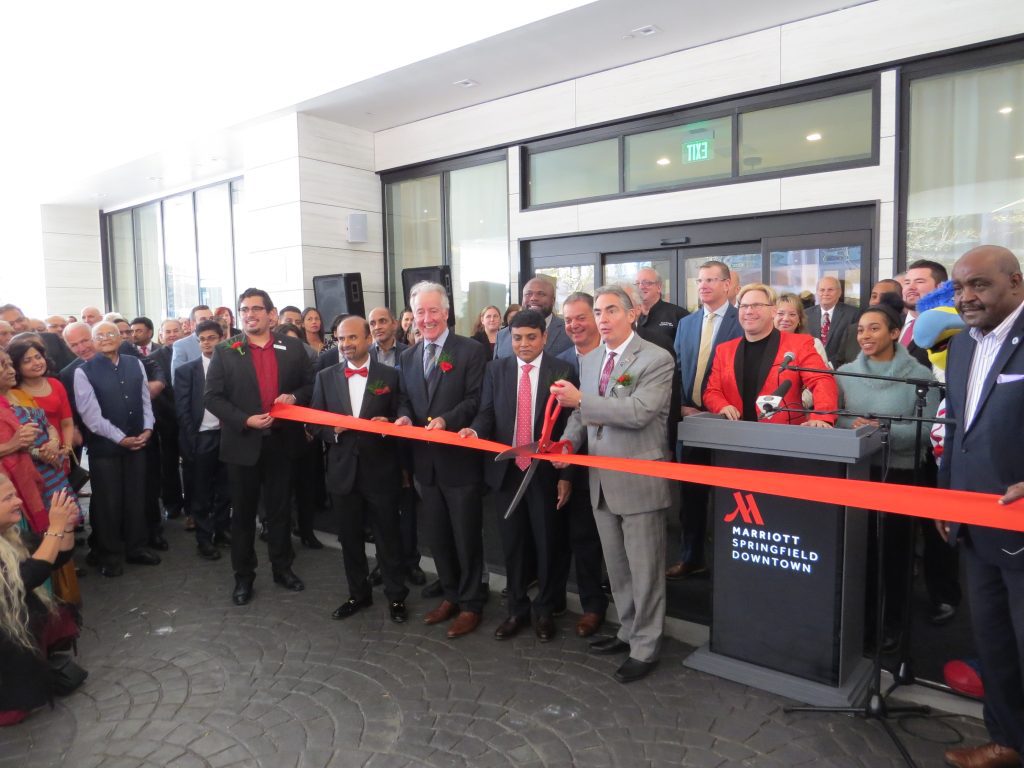 Speakers at the ceremony included Springfield Mayor Domenic Sarno; U.S. Rep. Richard Neal; Peter Marks, general manager of the new hotel; Marriott officials; and many others. They all congratulated Patel and Mitta for the broad efforts to renovate and reinvent Tower Square, and especially their work to transform the hotel on the property.

The ceremony included a performance by the Springfield Sci-Tech band, tours of the property, food, and networking.

Patel and Mitta, named BusinessWest’s Top Entrepreneurs for 2022 in January, acquired the Tower Square property several years ago and have brought in several new tenants, including the Springfield YMCA, White Lion Brewery, and others. But the extensive “re-imagination” of the hotel property — that’s the term they have used throughout — has been the most visible initiative at the downtown landmark.