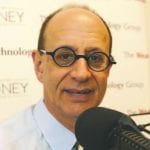 Social Security: When Your Ex-spouse May Be Your Best Friend