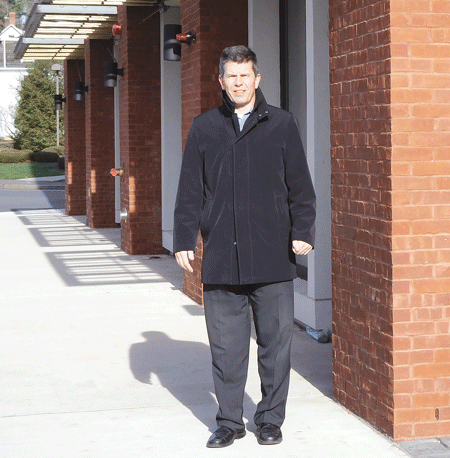 As the new year begins, Amherst officials point to a number of current and planned projects that will improve quality of life and make 2016 a memorable year in terms of economic development.

“We’re well-poised to move forward, thanks to the vision and work done by Town Manager John Musante,” said David Ziomek, the interim holder of that title, as he spoke about the well-loved and respected official who died last September. “He really focused on building strong relationships between the town, UMass, Amherst College, and Hampshire College, which is important because our futures and success are intertwined; the colleges are critical economic drivers, not only for our downtown, but for our real-estate and housing market.”

These strong bonds led to the creation of a University-Town of Amherst Collaborative (UTAC) last fall, co-chaired by Ziomek and Nancy Buffone, associate vice chancellor for Community Affairs at UMass Amherst. The group’s first meeting was conducted in October with the goal of examining town/gown relations to discover opportunities for growth and what can be done to capitalize on them.

Economic-development efforts will begin by looking at the availability of space to house spinoff companies from UMass. “Some of them are going to Boston,” Ziomek noted, adding that, although Amherst offers high quality of life, as well as access to a skilled pool of potential employees, research facilities, a large student population, and a full roster of college and university faculty and staff, it can be a challenge for young companies to find suitable space for their needs.

The town has also made a commitment to expand housing, and a market study has been undertaken to determine whether what is needed has been completed. As a result, the town has a strategic plan in place, said Ziomek, explaining that it includes providing more housing for the growing number of retirees who are attracted to Amherst’s walkable downtown and other amenities, as well as more choices for students and people in the workforce.

“We need housing in almost every category, and want to make it as affordable as possible for everyone,” he continued, touting additional reasons why people want to live in Amherst, such as its 3,000 acres of conservation land intersected by hiking trails. Amherst has won awards for agricultural and land preservation, and has four Community Supported Agriculture farms that people buy shares in, Ziomek told BusinessWest.

The third focus on ‘culture, arts, and living’ is an area in which Amherst already excels but still seeks improvement. “We have award-winning plays and performances at the UMass Fine Arts Center and at Amherst College; games played by collegiate sports teams; the Mead Art Museum and Beneski Museum of Natural History at Amherst College; the Amherst Cinema Center, which shows first-run films in a number of genres; and the historic Emily Dickinson Museum,” Ziomek said.

In addition, the Hitchcock Center for the Environment is erecting a ‘living building’ in South Amherst, slated to open next September on the Hampshire College campus. “It will produce all of its own water and energy and will be a wonderful educational and tourist destination,” he explained.

“UTAC has committees and subcommittees made up of citizen volunteers and UMass faculty and staff who are going to look at what we can and do offer,” he went on, “and at what can be done to make our downtown more vibrant, and how we can enrich and promote all of these attractions.”

In this, the first Community Spotlight of 2016, BusinessWest looks at how one of the region’s most vibrant and most livable communities is working hard to become even more of both.

More Than a College Town

“The apartments are within walking distance of downtown,” he noted. “And they not only have incredible views … there are Zipcars in the garage for residents who don’t own a vehicle and want to use one.”

He added that MassMutual occupies the entire first floor, which it has turned into a data science center staffed by a dozen new employees.

Kendrick Place was built by Archipelago Investments LLC, which has plans for a second development called One East Pleasant Street a short distance away. An old motel will be razed to make way for the multi-use building that will contain 84 units of housing and 6,000 square feet of commercial space.

Archipelago is also building Olympia Place, a privately owned student-housing project with 75 units that is under construction in the fraternity-sorority park on Olympia Drive. Work on the 98,400-square-foot building began in the fall of 2014 and is expected to be completed this summer.

Progress is also occurring in North Amherst, thanks to two major projects, and officials are happy to see revitalization taking place in what is now called the Mill District.

The first new build was the Trolley Barn, which was completed early last year. “It contains four residential units, and the commercial space has become home to a spa and wonderful restaurant called Bread and Butter,” Ziomek said.

“These projects have been embraced by residents and are bringing new life to North Amherst,” Ziomek said, noting that there is still plenty of space available for redevelopment in the district.

North Amherst also gained 54 new units of housing when the Presidential Apartments opened in September. Some units aren’t finished yet, but they have all been spoken for, and five are earmarked as affordable housing, he told BusinessWest.

Other activity on the housing front includes a three-story, mixed-use building called 417 West Street that opened last October in Pomeroy Village Center in South Amherst. “It has solar panels on the roof and contains 11,628 square feet of commercial space as well as the residential units, which are all occupied,” Ziomek said.

The town works closely with developers, and infrastructure improvements are often planned to enhance their success.

The town recently paved Pine Street and Cowls Road, two of the arteries for accessing North Amherst Village Center, Ziomek said, adding that it also completed $3.2 million worth of water and sewer improvements in advance of the two major projects there.

In addition, town officials took a proactive stance when Archipelago was in the permitting process for Kendrick Place and One East Pleasant Street by applying for and receiving a $1.5 million MassWorks grant to bury utility lines and install new sidewalks and streetscape amenities adjacent to Kendrick Place.

Enhanced parking is also on the drawing board, and the town just held its final forum to get input from business owners and residents, said Ziomek, adding that officials came away with a plan that will include installing new banners pointing out private and public parking spaces.

Officials know they need additional parking, and plan to address that by hiring a consultant to gather data about parking needs on peak weekends. In the meantime, the town plans to spend $1 million redoing the two parking lots outside Town Hall and in front of Jones Library, Ziomek noted.

Amherst is also addressing its energy use, and recently announced plans to build two large solar facilities on the old landfill, which will provide enough electricity for all the municipal buildings.

Access to health and dental care for people in low and moderate income brackets is another area of concern that led officials to form a new partnership.

“We have known for a number of years that there are residents on MassHealth in Amherst whose healthcare needs are falling through the cracks,” said Ziomek. “The nearest place for them to get dental care is in Holyoke, and although some people ride the bus, it takes an hour and 45 minutes to get there. So by the time they get a checkup and return, it uses up almost a whole day.”

This reality led town officials to form a partnership with Hilltown Health Center, giving that facility 4,000 square feet to build a medical and dental clinic in Bangs Community Center. Construction is slated to begin this summer, and the new facility will be named the John P. Musante Health Center in honor of the late town manager.

An active partnership also exists between the Amherst Business Improvement District (BID) and the Amherst Area Chamber of Commerce.

“They held a block party last fall that was attended by more than 7,000 people, and do all they can to attract new businesses and restaurants, as well as promoting the ones that are already here,” Ziomek noted, adding that the BID is also funding a $35,000 fiber-optic feasibility study for the downtown area, as only a few buildings have this service.

Ziomek says Amherst’s focus on collaborative efforts will help the town become a better place to live, work, and play.

“We have the ability to concentrate growth where we would like it to be,” he noted, adding that the state Legislature passed a bill last month to incentivize more units of affordable housing.

Amherst’s first economic development director, Geoff Kravitz, was hired recently and began work Jan. 4. His job will include creating an economic development plan, helping to staff UTAC, and continuing to build on the strong relationships forged between the town, UMass, and the colleges.

“We’re very grateful to the private developers who have chosen to invest here and will continue working to secure millions of dollars in local and state funding to help them leverage private reinvestments in our community,” Ziomek said. “Collaboration is key in Amherst.” 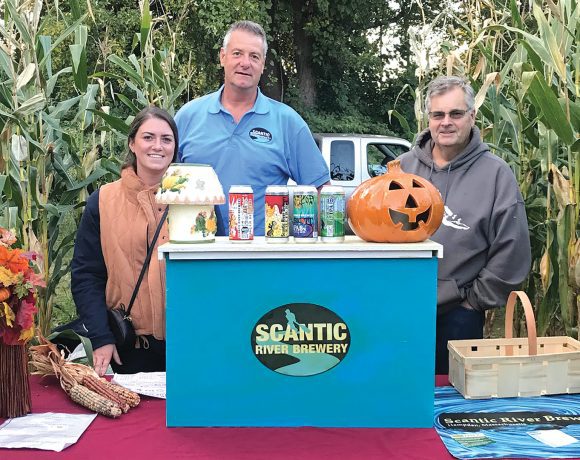 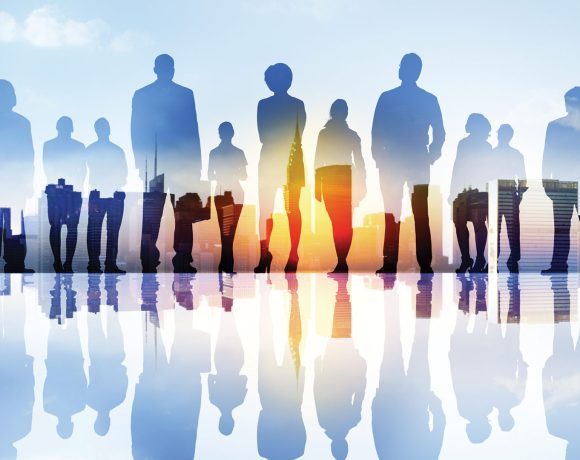 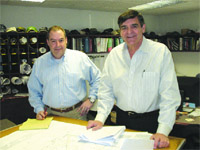