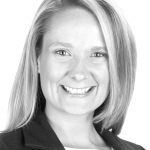 Florence Bank promoted Kristen Lemoi to the position of vice president, Marketing manager. She joined Florence Bank in June 2011. Prior to her recent promotion, Lemoi had served as the assistant vice president, Digital and Merchandising manager for Florence Bank, and played an integral part in the 2014 launch of the bank’s new brand. In her new role, she will help steer the bank’s strategic marketing decisions. Lemoi received her bachelor’s degree in marketing from UMass Dartmouth. She is currently on the board of the Cancer Connection, and holds the title of certified financial marketing professional from the ABA Institute of Certified Bankers. 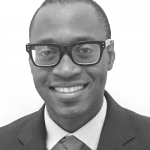 Facial Cosmetic & Maxillofacial Surgery, P.C. announced that Max Kernizan, DMD has joined its oral-surgery practice. Richard Fraziero, the practice’s owner, said Kernizan “is bringing to Western Mass. the excellent surgical skills that our patients have come to expect from our surgeons at FCMS. He will be performing full-scope OMF [oral and maxillofacial] surgery in our surgical office, as well as at Baystate Medical Center. We are very excited to have Max join the Valley’s premier OMFS practice.” Kernizan completed his undergraduate education at Philadelphia University, graduating magna cum laude, and earned his dental degree at Temple University in Philadelphia. While in dental school, he achieved the Oral Surgery Scholarship award and served as vice president of the Anesthesiology Honor Society. Following dental school, he completed his specialty training in oral and maxillofacial surgery as chief resident at Yale New Haven Hospital in New Haven, Conn. He will begin treating patients at 382 North Main Street, East Longmeadow, in September. Kernizan is trained in the full scope of oral and maxillofacial surgery. His primary clinical interests include orthognathic/corrective jaw surgery, wisdom teeth removal with sedation, dentoalveolar surgery, dental implants, and repair of traumatic facial injuries. He maintains certifications in BLS, ACLS, PALS; currently has affiliations with the American College of Oral and Maxillofacial Surgery and the American Assoc. of Cosmetic Surgery; and is an AO CranioMaxillofacial affiliate. To schedule an appointment with Kernizan, at (413) 525-0100. He will also be offering same-day emergency appointments based on the direction of the patient’s general dentists; area dentists may press option 1 to be directed to a front-desk coordinator.

The board of directors of the Springfield Regional Chamber (SRC) has elected officers to lead the organization: Tricia Canavan as chair, Mark French as vice chair, Barbara-Jean Deloria as treasurer and David Parke, Esq. as secretary. Canavan is president of United Personnel. A member of the boards of directors of the Affiliated Chambers of Commerce of Greater Springfield and the Springfield Chamber of Commerce prior to its merger, she most recently served as the vice chair of the SRC board of directors. Canavan lends her leadership to other boards of directors including the Baystate Health Foundation, Springfield Public Forum, and the Northampton Chamber of Commerce. French is the advertising director of the Republican/MassLive/El Pueblo Latino. He has been a member of the SRC board since its inception and served on the Springfield Chamber Board prior to its merger. He also served as chair of the Marketing and Advertising Council at New England Newspaper and Press Assoc. and in various leadership roles on the board of directors for the New England Newspaper Advertising Executives. Deloria is a senior vice president at Florence Bank. She has served as the SRC’s board treasurer since its inception. Prior to that, she was a member of the Affiliated Chambers of Commerce of Greater Springfield (ACCGS) board of directors since 2005 and served as its board treasurer. She is a past president of the West Springfield Chamber of Commerce and Dress for Success Western Massachusetts and serves on the Massachusetts Small Business Review Board. Parke is a partner with Bulkley Richardson and a member of its business and finance department, focusing on general corporate and business matters, mergers and acquisitions, and other transactional work. He, too, served in a leadership capacity on the ACCGS board prior to its merger and was instrumental in the formation of the Springfield Regional Chamber. He serves on Massachusetts Continuing Legal Education, Inc. Business & Commercial Curriculum Advisory Committee and is past chair and current member of the Friends of the Homeless board of directors. Also elected as new members of the SRC board of directors were Marc Criscitelli, senior vice president for HUB International New England, LLC; Lou Curto, financial consultant with Private Wealth Management Group; David Ference, vice president, Commercial Lending for TD Bank; Tejas Gandhi, chief operating officer for Baystate Health; Jeffrey Trapani, Esq., a partner with Robinson Donovan Madden & Barry, P.C.; and Jenny MacKay, representing the Professional Women’s Chamber.

The East of the River Five Town Chamber of Commerce inaugurated President Edward Zemba of Robert Charles Photography at its recent annual meeting at the Starting Gate at GreatHorse. Robert Charles Photography has been a member of the ERC5 since 1974, and Zemba has been participating in chamber events for more than 20 years. The annual meeting also ushered in First Vice Chair Charles Christianson of CMD Technology and celebrated the continued efforts of Treasurer Joe Lawler of the Gaudreau Group. Past President Dennis Lopata of Life Care Center of Wilbraham relinquished his responsibilities to Zemba.

Former state Rep. Benjamin Swan has been named the recipient of the 26th annual Ubora Award conferred by the African Hall subcommittee of the Springfield Science Museum. In Swahili, Ubora means “excellence.” Swan was nominated by Denise Jordan and Fred Allen Swan. As a civil-rights activist, Ben Swan was the Western Mass. coordinator for the monumental 1963 March for Jobs and Freedom, and he is recognized as the preeminent leader of the 1960s civil rights movement in the city of Springfield, and he served as president of the Greater Springfield branch of the NAACP. For 24 years, Swan served as state representative for the 11th Hampden District, retiring this past January. As a community leader, he helped launch a number of community-based organizations such as Northern Education Service and the former Springfield Action Commission. Swan provided moral, legislative, and financial leadership and support to the Springfield Schools, community-based organizations, minority veterans groups, substance-abuse treatment, cultural festivals, the Springfield Arts Council, Springfield Technical Community College, and the UMass Downtown Center.  As an artist and the creator of the long-standing Black Love Experience radio program, Swan provides community updates in educational and cultural activities and shares inspirational black classical music. Swan graduated from the former Springfield Technical High School. He received his bachelor’s degree from the Fashion Design Institute and his master’s degree in education from UMass. He completed advanced graduate work at UMass, and received an honorary doctorate from Westfield State University. He has received many awards and recognitions, including the 1990 “Eye on the Prize” Award.

The board of directors of the Professional Women’s Chamber (PWC), a division of the Springfield Regional Chamber, has elected its officers to lead the division:

• Laurie Cassidy has been re-elected president. She has been executive director of the West Springfield Council on Aging/Senior Center since 2010. She is in the second year of her two-year term as president;

• Gillian Palmer has been newly elected as vice president. Palmer, a PWC member since 2014, is Business Development coordinator at Eastern States Exposition. Palmer also serves as vice president of Finance of the Meeting Professionals International CT River Valley chapter, special events chair of the Rotary Club of Springfield, and a Bay Path University Alumni Council member. She is a member of BusinessWest’s 40 Under Forty Class of 2017;

• Caron LaCour was re-elected as treasurer. She is a certified public accountant working with Burkhart Pizzanelli, P.C.;

• Jeannie Filomeno was also re-elected as assistant treasurer. She is Human Resource manager at Marcotte Ford Sales Inc., her family business where she has worked since graduating college. She has served on the PWC board for three terms.

• Liz Rappaport, a third-generation property manager at Century Investment Co., was re-elected as secretary; and

• Janet Casey will continue to serve as past president for one more year. 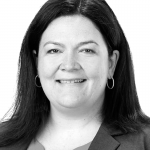 Raipher, P.C. announced that Kelly Koch and Isaac Fleisher recently joined the firm. Koch began her career with a clerkship for judges in the Western Mass. Probate and Family Court. She then spent six years in the Domestic Relations department at Bulkley, Richardson and Gelinas, LLP. She is well-versed in domestic relations and probate law and has handled domestic and international custody disputes, multi-million-dollar divorces, and alimony modifications. She earned her bachelor’s degree from Brandeis University as well as a JD and an LLM in estate planning from Western New England University School of Law. She is a member of the Hampden and Hampshire County Bar Associations, the Massachusetts Bar Assoc., the Women’s Bar Assoc., and the ACLU. Fleisher comes to Raipher, P.C. with 10 years of in-house counsel experience at Tams-Witmark Inc. in New York City. He counseled corporate executives on business and legal issues, negotiated licensing agreements, and managed copyrights. At Raipher, P.C., he works with startups and entrepreneurs in a range of industries and has developed an expertise in the renewable-energy sector, helping investors and developers acquire, finance, and build commercial solar-power facilities throughout the Northeast. He earned his bachelor’s degree from Wesleyan University, graduating with honors, and his JD from Brooklyn Law, graduating cum laude. He is a member of the Massachusetts Bar Assoc., the Hampshire County Bar Assoc., the New York City Bar Assoc., and the New York State Bar Assoc. In his free time, Isaac volunteers with Legal Food Hub, a nonprofit providing free legal services to farmers and food entrepreneurs in New England. He serves on the board of the Lander-Grinspoon Academy.

Terry Poloski of Monson Savings Bank was recognized recently by the Warren Group, publisher of Banker & Tradesman magazine, in its its annual report of the top mortgage originators in Massachusetts. Poloski was named one of the top five mortgage loan originators in Western Mass. for the second straight year. Poloski has been with Monson Savings Bank as a mortgage originator for the past five years. She has more than 38 years in the banking industry, is a member of the RAPV Affiliate Group, and participates in BNI.

During the National Assoc. of Clean Water Agencies’ (NACWA) Utility Leadership Conference and 47th annual meeting in St. Louis, representatives of the association’s nearly 300 member utilities elected Joshua Schimmel, executive director of the Springfield Water and Sewer Commission, to a seat on its board of directors. NACWA, headquartered in Washington, D.C., is a national leader in clean-water advocacy, and Schimmel’s leadership will be instrumental in helping to shape and improve clean-water policy that impacts all states and cities. Schimmel has more than 24 years of experience at the Springfield Water and Sewer Commission, participating in all facets of the water and wastewater utility business, from operations to engineering to customer service to financial and regulatory issues. Appointed executive director in 2016, he worked proactively with the Board of Commissioners and commission staff to advance efforts to create financial stability, implement an aggressive capital-investment program, and develop a sustainable operating strategy while keeping rates affordable and service reliable.