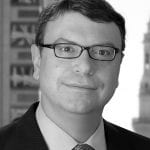 Robinson Donovan, P.C. announced that attorney David Lawless has been named a partner at the firm. Lawless previously served as an investigative analyst in the Manhattan District Attorney’s office in New York City. He focuses his practice on civil litigation in federal and state courts, including employment law and litigation, business litigation, and municipal defense litigation. A member of the American, Massachusetts, Franklin County, Hampden County, and Federal bar associations, Lawless graduated from the University of Connecticut School of Law in 2005. He was named to the Super Lawyers Rising Star list every year from 2008 to 2015. He is active in the legal community, serving as a board member of the Federal Bar Assoc., Massachusetts chapter, and co-chair of its civil rights and new programming committees. He also serves on the board of the Northeast Center for Youth and Families. 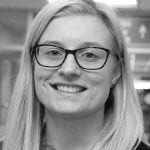 Holyoke Community College (HCC) recently welcomed Lea Occhialini as its first ombudsperson and chief culture officer. Occhialini is the former faculty and staff ombudsperson at Hampshire College and mediator/trainer in the Smith College Office of Inclusion, Diversity and Equity. Prior to that, she worked as a Massachusetts Supreme Judicial Court qualified mediator for the Mediation and Training Collaborative in Greenfield and helped oversee the Massachusetts Attorney General’s Face-to-Face mediation program in Holyoke, Northampton, and Greenfield small-claims courts. The ombudsperson/chief culture officer position is new at HCC. Occhialini has worked in the mediation field since 2013. She holds a bachelor’s degree from Smith College, a law degree from American University’s Washington College School of Law, and a certificate in the foundations of organizational ombudsman practice from the International Ombudsman Assoc.

Peter Novak, general agent of Charter Oak Financial, a MassMutual firm, was inducted into the GAMA International Management Hall of Fame on March 18 in recognition of his career-long contributions to and leadership in the financial-services industry. A 35-year industry veteran, Novak has been a MassMutual field leader since joining the company in 1995. Under the leadership of Novak and his partner, General Agent Brendan Naughton, Charter Oak has grown regionally to include presence in Massachusetts, Connecticut, and New York. The firm has historically won MassMutual’s most prestigious awards for growth and leadership. Novak previously served as general agent to MassMutual’s Rochester, N.Y. agency; co-general agent at the New England/Robinson Co. in Waterbury, Conn.; and as an agent at New York Life Insurance Co. Novak has been a GAMA member since 1985, with service to the boards of both GAMA International (2015-17) and the GAMA Foundation (2004-06). A contributor to the organization’s research, publications, and conferences, he has been recognized regularly with numerous GAMA awards. In addition to his work with GAMA, Novak is the co-founder of the Charter Oak Fund, Charter Oak’s charitable arm, which supports numerous local philanthropic causes and organizations; a member of the board of trustees of the Kosciuszko Foundation; and a board member of the Central European Institute (CEI) at Quinnipiac University. In 2013, he and his wife, Kasia, established the Novak Family Polish Chair at the university in support of CEI to strengthen ties between the U.S. and Eastern European countries with developing economies. His travels to Poland in this capacity have been instrumental in bridging the gap between the business and insurance industries here and in Poland. 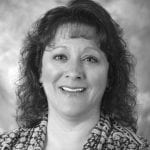 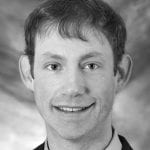 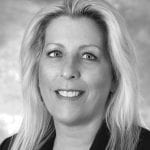 The Dowd Agencies, LLC announced the promotion of Jennifer Lawton to vice president of Insurance Operations, and the addition of David Hess as an insurance producer and Suzanne Mlinarcik as a commercial account manager and marketer. Lawton, who began her career with Dowd in 2014, was formerly the agencies’ personal-lines manager. In her new position, she provides leadership in the development, implementation, and oversight of systems and procedures that align with Dowd’s organizational strategic initiatives, helping to ensure the achievement of business results. She also serves as the primary advisor to the company’s senior executive leadership team on operational efficiencies. A certified insurance service representative, Lawton received her associate degree in business from Holyoke Community College. She is the chairperson and program coordinator for Distinguished Young Women of Greater Easthampton, a scholarship program for high-school girls. Hess is responsible for writing personal, commercial, and life-insurance plans at Dowd. He brings more than 14 years of experience to his role at Dowd. After graduating from UMass Amherst in 2003, he worked as an insurance agent with a local agency until his recent transition to the Dowd Agencies. He is licensed as a producer for property, casualty, life, and health insurance in both Massachusetts and Connecticut. Mlinarcik is responsible for marketing new and renewal business and managing in-house accounts. She has been an insurance professional for more than 25 years, specializing in commercial insurance and training and mentoring employees. Her career began at an insurance agency in Connecticut, where she climbed the ranks from a part-time employee to manager of the Commercial Lines department. She eventually stepped into the role of senior account manager, where she mentored new hires and managed her own client portfolio. Mlinarcik is an active member of the motorcycle community, regularly participating in charitable events including Brightside’s Hope for the Holidays Toy Drive/Run, Soldiers’ Home in Holyoke, and the Wicked in Pink Cancer Run. 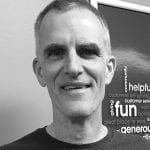 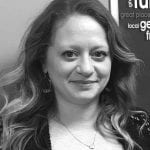 Florence Bank recently announced that Bruce Holley and Kimberly Jennison have been named recipients of the President’s Club Award for 2019. The President’s Club program affords employees opportunities to nominate their peers for the honor, which recognizes superior performance, customer service, and overall contributions to Florence Bank. Holley, an e-banking technology specialist in the main office’s eBanking Department, joined Florence Bank in 2015 and has 20 years of technology experience. He is a Springfield Technical Community College graduate and serves his community as a member of the board of directors for the Therapeutic Equestrian Center of Holyoke. Jennison, a customer-service specialist in the main office’s Customer Service Center, joined Florence Bank in 2014 and has nine years of banking experience. 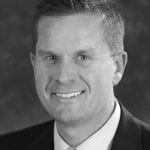 Eastern States Exposition announced that Timothy Garstka has joined ESE and will serve as the organization’s director of Sales. Garstka comes to ESE from his position at Williams Distributing in Chicopee, where he served as Sales manager and Brand Marketing manager. He has more than 15 years of experience in strategic direction, coaching and counseling, performance management, and revenue growth, overseeing inside and outside sales professionals. His skills range from direct sales management and revenue growth to team building and training initiatives. Prior to joining Williams Distributing, Garstka was a Field Sales manager for Molson/Coors Brewing Co. in Burlington, Vt., and worked as a salesperson for Burke Beverage in Chicopee. As director of Sales, he will be responsible for the oversight of the department, including the extensive number of year-round events held at ESE, Big E sponsorships and vendor/concessionaire space sales, advance ticket-sales outreach, and group sales. Garstka graduated from West Springfield High School in 1991. He serves as the vice president of the East Longmeadow Baseball Assoc. and is a former board member of the Red Cross Pioneer Valley Chapter. He and his wife, Christine, are active volunteers for local Jimmy Fund events. He was also an assistant golf professional at Springfield Country Club in West Springfield and the Forest Country Club in Fort Myers, Fla. 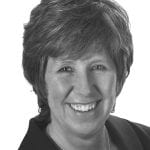 The Westfield Starfires and Director of Baseball Operations Evan Moorhouse announced the hiring of East Longmeadow native and former Baltimore Orioles prospect Frank Crinella to serve as special advisor to Baseball Operations. Crinella comes to the Starfires after spending four seasons playing in the Orioles farm system, both in the infield and outfield. The Merrimack College graduate and former NE-10 Player of the Year is no stranger to summer collegiate baseball. Crinella has made stops at each of the three major summer leagues in New England, the FCBL (Pittsfield Suns), NECBL (Holyoke Blue Sox), and Cape Cod League (Bourne Braves). His responsibilities will vary from day to day, ranging from promotional execution to community engagement to helping players get acclimated to summer baseball.