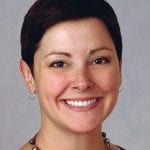 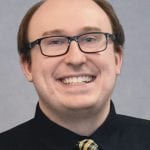 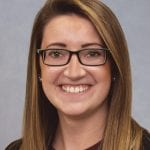 Greenfield Savings Bank (GSB) recently announced the promotions of Kim Zabek, Jared Cyhowski, and Elisabeth Porter. Zabek has been appointed assistant manager of the bank’s Hadley office. She will oversee the daily operations of the office and assist customers with their banking. She first joined Greenfield Savings Bank in August 2011 as assistant manager in Shelburne Falls, and in 2015 she was promoted to manager of the GSB call center. Most recently, she held the position of assistant manager of the South Deerfield office. An active community volunteer, Zabek has served on the board of Friends of Children in Hadley and is a member of the South Deerfield Women’s Club. Cyhowski has been promoted to Loan Operations specialist. In his new position, he will work with customers providing residential and consumer loan servicing. He started his career at GSB as a teller supervisor and was previously promoted to customer-service representative in the bank’s call center. Cyhowski joined GSB in May 2016 after attending Fitchburg State University, where he graduated with high honors in communications and a minor in English. He is a member of the Lambda Pi Eta Communication Studies Honor Society. He has volunteered at a range of community events, including Superhero Nights for Kids, where he wore a Mario (from Nintendo) costume, and he has volunteered at the Great Falls Festival (a/k/a Pumpkin Fest) in Turners Falls. Porter has been promoted to Corporate Support specialist, with responsibilities of assisting and providing support services to the bank’s CEO, COO, and financial officer. Her daily responsibilities include assisting in the preparation of reports, scheduling meetings and events, and maintaining official minutes. She will also assist other Greenfield Savings Bank executives as needed. Porter joined GSB in 2018 as a teller, and by October was promoted to customer service representative. This past March, she was promoted to the position of super banker. She is active in the community and volunteers at many GSB-sponsored community events.

Skoler, Abbott & Presser, P.C., a labor and employment law firm serving employers in the Greater Springfield and Worcester areas, announced that one of its partners, Timothy Murphy, was listed in Best Lawyers in America for 2021. He was recognized in three fields: employment law – management, labor law – management, and litigation – labor and employment. Focusing his practice on labor relations, union avoidance, collective bargaining and arbitration, employment litigation, and employment counseling, Murphy has been included in Best Lawyers in America every year since 2013, and was Lawyer of the Year in 2015, 2019, and 2020. Murphy is very active within the local community. He sits on boards of directors for several area organizations, such as the Human Service Forum and Community Legal Aid. He also is a member of the World Affairs Council and the Finance Committee in Wilbraham. In 2017, he was named “Man Enough to Be a Girl Scout” by the Girl Scouts of Central and Western Massachusetts. 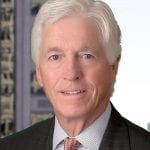 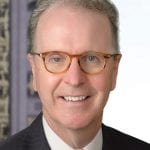 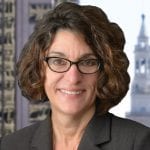 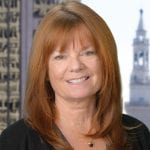 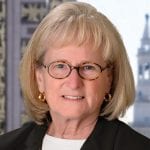 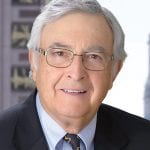 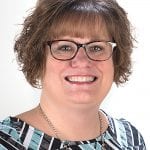 Florence Bank has promoted Shelley Daughdrill to the position of senior vice president, director of Retail Banking. In her new role, she will oversee the bank’s retail banking operations and direct and supervise the retail administrative staff and managers throughout the bank’s branches, as well as the Customer Service Center. Daughdrill first joined Florence Bank in 2005. Prior to her recent promotion, she served as vice president and area manager. During her tenure at the bank, she’s been the recipient of both the President’s Award and the Community Service Award, given by the bank to employees who consistently go above and beyond at work and in the community. Daughdrill is also the recipient of the 2011 Paul Winske Access Award given by Stavros, a local nonprofit organization that supports people with disabilities. The annual award is given to organizations and people who go above and beyond for the people they serve. Daughdrill is a graduate of the New England School for Financial Studies at Babson College. Additionally, she is currently enrolled at UMass Amherst pursuing a bachelor’s degree in business studies. She serves her community as a board member and attendance chair of the Amherst Rotary Club.

Coldwell Banker Community Realtors announced the addition of Realtor Lori Baronas to its roster of professional real-estate agents serving Franklin and Hampshire counties. Baronas has had her Realtor and broker licenses for more than 42 years. Her father started Dresser Real Estate in Turners Falls when she was a child, and once in high school, she began helping out in the office. When her father retired in the 1980s, she took over the office in addition to working at UMass, earning a general business and finance degree from UMass, running a bookkeeping business, and raising her two children, Megan and Justin. She has long been active in her community, volunteering in the public schools her children attended. Her biggest achievement was starting the Pop Warner Football league in Deerfield more than 26 years ago and chairing the Frontier Athletic Field Lights Project, which allowed the children to play night games. Baronas is a member of the Realtor Assoc. of Pioneer Valley, the National Assoc. of Realtors, and the Massachusetts Assoc. of Realtors. With Coldwell Banker, her primary focus will be residential real estate in Franklin and Hampshire counties.

The Springfield Rescue Mission (SRM) introduced its new executive director, Kevin Ramsdell Sr. Ramsdell served in the U.S. Navy, receiving two honorable discharges, and has been employed by Ford Motor Co. for 35 years. He also has been a part of his local church and involved in many areas of ministry. The Springfield Rescue Mission is a leader in meeting the needs of the poor and homeless in Greater Springfield. The SRM provides food, shelter, clothing, medical attention, Christian counseling, literacy training, and advocacy through its emergency shelter, give-away center, mobile feeding program, rehabilitation center, and transitional living facility, all free of charge. The programs help individuals take meaningful steps toward becoming responsible and productive members of the community.