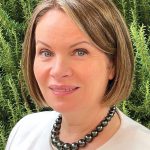 Arwen Staros Duffy, currently assistant vice president for Development at the University of Southern California (USC), has been named vice chancellor for advancement at UMass Amherst. Duffy will begin her new position Nov. 15. Duffy has served in her leadership role at USC since 2014. She oversaw record fundraising efforts for the Annenberg School of Communication and Journalism, Leonard Davis School of Gerontology, Gould School of Law, Herman Ostrow School of Dentistry, Price School of Public Policy, Rossier School of Education, and Suzanne Dworak-Peck School of Social Work as part of the Campaign for USC. Previously, she served as senior vice president for Development and External Affairs at the Art Center College of Design in Pasadena, Calif. A Yale University graduate in art, she was also vice president of Advancement for the California Institute of the Arts, where she earned her MFA in 1994. Duffy began her career in higher-education advancement at UCLA, where she secured support for the School of the Arts and Architecture and College of Letters and Science. 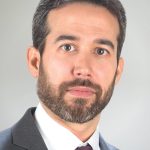 Florence Bank promoted Andrew Tulis to the position of assistant vice president and Bank Secrecy Act (BSA) officer at the main office in Florence. Tulis is a 10-year employee of Florence Bank and brings extensive knowledge and skills to his new position. In this role, he will be responsible for ensuring compliance with laws and regulations by developing and adhering to policies and procedures that oversee the bank’s BSA program, anti-money-laundering program, and Office of Foreign Asset Control compliance. Tulis studied at New York University, where he obtained a bachelor’s degree in journalism. He attended the New England School for Financial Studies at Babson College, graduating with honors in 2016. 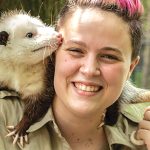 Caroline Cay Adams, education director for the Zoo in Forest Park & Education Center, received the Janet McCoy Excellence in Public Education Award from the American Assoc. of Zookeepers during a virtual presentation held Aug. 31. Adams was honored for her work creating Kids Go Wild, a multi-week, hands-on education program that is delivered to children in schools and afterschool programs throughout Western Mass., specifically targeting at-risk youth. Kids Go Wild provides a fun, interactive way for children to learn about different animal species through cross-hatched science, literacy, and art lessons, with each lesson meeting educational standards set by the Massachusetts Board of Education. During the pandemic, Adams adapted Kids Go Wild into a virtual program, showcasing the flexibility and versatility of the program. 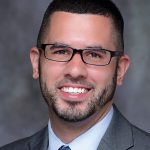 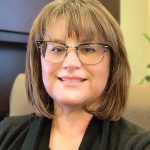 UMassFive College Federal Credit Union introduced the two newest additions to its senior management team: Jeff Resnikoff, vice president of Lending, and Theresa Raleigh, vice president of Human Resources. Resnikoff comes to UMassFive with more than 13 years of experience in the credit-union world following his long tenure at Hudson Valley Credit Union in Poughkeepsie, N.Y. Over his 13-year career there, he rose from Contact Center representative to eventually become the assistant vice president of Consumer Lending. He holds a bachelor’s degree in accounting from State University of New York at New Paltz. Resnikoff takes over a loan portfolio of $400 million and will oversee all functions of the Consumer Lending department at UMassFive. Raleigh comes to UMassFive from SeaComm Federal Credit Union in upstate New York, where she served as vice president of Human Resources for the past 16 years. She holds a bachelor’s degree in marketing from the State University of New York at Plattsburgh. She will oversee all employee hiring, training, recognition, and diversity program efforts at UMassFive. 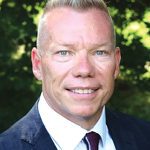 Barr & Barr, a national construction-management firm, announced the appointment of Michael Moran as the new executive vice president and director of Operations for the New England Region. Moran brings more than 30 years of experience in executive leadership, construction, real-estate development, and operations from multiple industries to Barr & Barr. He began his career after graduating from the U.S. Naval Academy and was commissioned in the Civil Engineer Corps (Seabees) of the U.S. Navy. He has worked in recreation, hospitality, health and wellness, and healthcare, where he last served as president and chief administrative officer of Baystate Health’s Eastern Region. Stephen Killian, the current director of Operations of the New England Office for more than 18 years, strategically grew the company within the New England Region. He will be staying on to assist Moran in the transition, and will focus on key projects in the region. 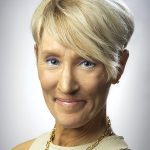 Dalkia Aegis, EDF Group, a leading provider of co-generation technology in the Northeast, hired Kim Lyons for the role of Client Relations manager. In this position, she will help Dalkia Aegis build and maintain relationships with current customers to better understand their goals and manage client needs. She joins the team with more than 15 years of experience in client-management positions. Lyons is a graduate of UMass Amherst with a degree in psychology and sociology. She spent more than 15 years as a strategic accounts executive serving the automotive industry, providing advanced consultative needs analysis, sales, and long-term service. In her new role, she will manage the current accounts of Dalkia Aegis, helping clients achieve and maintain the best results from their investment.

Joseph Tiraboschi has been promoted to deputy chief at Springfield College. He has been a member of the Springfield College Police Department since 2017, most recently serving as administrative lieutenant, where he supervised more than 40 personnel members, including officers and dispatchers. In addition, he managed all crime statistics, managed certification in accordance with the Massachusetts State Police, and directed all department policies and procedures. Prior to his role as administrative lieutenant, Tiraboschi worked as detective sergeant, overseeing all criminal and non-criminal investigations, while also taking on the responsibilities of background investigator, internal-affairs investigator, and sexual-assault investigator. A 2013 graduate of the Massachusetts State full-Time Police Academy, Tiraboschi transitioned from a Springfield College Police Department dispatcher to a full-time police officer in 2013. He earned his bachelor’s degree in criminal justice from Springfield College in 2010, and he is currently on pace to earn his master’s degree in counseling from Springfield College in 2022. 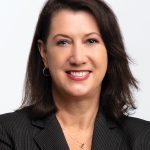 Citizens Financial Group named Lisa Murray its Massachusetts president, succeeding Jerry Sargent, who will continue to oversee New England and upstate New York as Citizens’ Northeast Region executive. Murray, who has been at Citizens for 24 years, leads a team that provides strategic and financial advice to not-for-profit organizations and professional-services clients such as legal, accounting, and consulting firms. As Massachusetts president, she will represent Citizens in an official capacity across the Commonwealth and continue to report to Sargent. Murray has been working with the Pine Street Inn, the largest homeless-services provider in New England, for more than 20 years and is currently a member of its board of directors. She is also a member of the Massachusetts Business Roundtable and the Mass Taxpayers Forum, and is on the board of the Economic Development Advisory Committee in her hometown of Lexington. She is a graduate of the University of Connecticut. 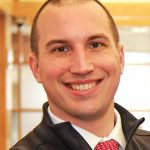 Junior Achievement of Western Massachusetts (JAWM) announced the hiring of a new development director, William Dziura. He will work to plan and evaluate fundraising campaigns and activities; secure financial support from individuals, foundations, and corporations; and develop further relationships with the community. Dziura earned a bachelor’s degree in English and history from Elms College and a master’s degree in English literature from Trinity College. Most recently, he held the position of director of Annual Giving at the Elms, while simultaneously working as an adjunct professor. Prior to his career in fundraising, he worked as an eighth-grade English teacher at Mater Dolorosa School in Holyoke, and director of Student Engagement and Leadership at the Elms.

Western New England University (WNE) College of Engineering Assistant Professor of Biomedical Engineering Dr. Andrea Kwaczala has been named an Engineering Unleashed 2021 Fellow by the Kern Foundation. The honor recognizes faculty for their contribution to engineering education, specifically entrepreneurial engineering. This grant will support the Making with Purpose Workshop Series. These are monthly hands-on events running throughout this academic year. The workshop is intended to introduce students to the entrepreneurial mindset in an inclusive community within the makerspace facilities within the College of Engineering. Some activities align with Kwaczala’s research in assistive technology, such as building rapid prototypes of body-powered prosthetic devices and low-tech assistive technology to improve activities of daily living. Other activities are geared toward understanding a product’s marketspace and learning about manufacturing in scale-up, such as glowing LED pumpkins for Halloween decor and laser-cut jewelry to sell at the holidays. The projects are intended to promote technical skills and coach students to use a growth mindset. Engineering Unleashed is a community of 3,800 faculty members from 160 institutions of higher education, powered by KEEN, a 50-partner collaborative that shares a mission to graduate engineers with an entrepreneurial mindset who are equipped to create societal, personal, and economic value. The Engineering Unleashed faculty-development workshops are elements of KEEN’s multi-institutional activities. Kwaczala is one of 27 individuals from institutions of higher education across the country to receive this distinction.

Country Bank President and CEO Paul Scully announced the appointment of four prominent business professionals to its board of trustees and four new corporators from local businesses within the communities it serves. Attorney Richard Maynard, owner of the Law Offices of Richard H. Maynard, P.C., and Elizabeth Rappaport, partner at Century Investment Co., both from Western Mass., have joined the board of trustees. New trustees from Central Mass. include Ross Dik, owner of Knight-Dik Insurance in Worcester, and Stacy Luster, general counsel and assistant to the president of Worcester State University, who will also serve as a corporator. Newly appointed corporators include Jennifer Cooke, director of Retirement Plans at CIG Private Wealth Management; Melissa Fales, Loan Program coordinator at Quaboag Community Development Corp.; William Trudeau, executive vice president and partner at HUB International LLC; and Kyriakos Konstantaki, co-founder and principal at Amcomm Wireless.