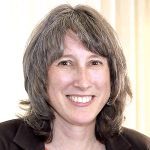 Lora Wondolowski, the founding executive director of Leadership Pioneer Valley (LPV), and the organization’s leader since 2011, will leave her post on April 1. Her leadership has been integral to all aspects of LPV’s operations, with notable successes including the growth of the core LEAP program, the Leaders on Board initiative, building strategic partnerships, and improving and stabilizing operations and organizational processes. This year marks the 10th anniversary of the first graduating class. Upon her departure, the board plans to appoint an interim executive director until finding a permanent executive director. Wondolowski and the LPV board of directors are working with staff and stakeholders to ensure a smooth transition for LEAP participants, partners, and supporters. 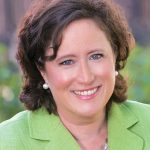 Tech Foundry, with a mission to support the region’s growing need for a qualified technology workforce and elevate underrepresented groups into sustainable careers in information technology, announced the appointment of Tricia Canavan as its CEO effective March 21. Canavan will succeed Bruce Dixon, who resigned to pursue new opportunities. Founded in 2014, Tech Foundry has offered internships, networking opportunities, and instruction to traditionally low-income, underserved populations, preparing graduates for entry-level IT work in the Pioneer Valley. These programs are offered free of charge to participants through donations from area businesses and members of the local community. With a background in nonprofit and business management, workforce development, and adult education, Canavan currently serves as executive vice president of corporate relations and advocacy for Masis Staffing Solutions. Previously, she served as CEO of United Personnel, which was acquired by Masis in May 2021. She chairs the Western Massachusetts Economic Development Council, co-chairs Springfield Business Leaders for Education, and serves on the boards of Associated Industries of Massachusetts, MassHire Hampden County, and the Springfield Public Forum.

Mount Holyoke College President Sonya Stephens announced that she will step down in August to become president of the American University of Paris. Stephens joined Mount Holyoke in 2013 and served as vice president for Academic Affairs and dean of faculty before being appointed acting president in 2016 to replace Lynn Pasquerella. In 2018, the board of trustees voted to remove the ‘acting’ title. In a letter to the Mount Holyoke community, Stephens said her new role in Paris is a “unique opportunity to advance a contemporary expression of the liberal arts in France — one that brings together so many of my intellectual and administrative interests and commitments.” She added that “it has been an extraordinary honor and a privilege to serve you and Mount Holyoke since 2013 and to work in concert with brilliant and exacting students, with a faculty that is as devoted to outstanding scholarship as it is to cultivating inquiry in others and with a leadership team and staff so exceedingly devoted to our mission. It has been inspiring and motivating to work with such an engaged, thoughtful, generous, and dedicated board of trustees, and to come to know, admire, and deeply appreciate the wider alum community. While I have held different roles over these nine years, I see our work together as a continuum — one focused resolutely on the future strength of the college, on enhancing the exceptional educational experience it offers, and on the community that makes this possible, here on campus, across the nation, and worldwide.” 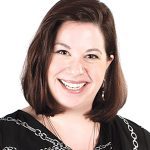 Jaclyn Stevenson has been appointed director of Marketing and Communications at Shakespeare & Company, a nonprofit theater performance, education, and actor-training organization based in Lenox. In her position, Stevenson directs all marketing and communications efforts for the company and supervises the Graphic Design and Patron Services departments, including in the areas of audience engagement, retail operations, and concessions. She also serves as co-chair of the communications subcommittee of the IDEA (inclusion, diversity, equity, and accessibility) committee, and as liaison to the Lenox Cultural District steering committee. Stevenson brings more than 20 years of communications experience to the position, having worked with a wide range of clients, including Toyota Motor Corp., CIGNA Healthcare, Disney World Sports, Spalding, and many others. Most recently, she served as director of Marketing and Communications for Columbia-Greene Community College, part of the State University of New York system. A BusinessWest 40 Under Forty honoree in 2012, she holds a bachelor’s degree in English from Bridgewater State University and a master’s degree in organization development from American International College, as well as several certifications relative to web accessibility, social-media management, and risk management. 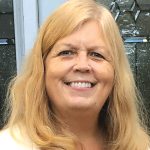 American International College (AIC) has appointed Susan Henrichon dean of the School of Education. Henrichon joined American International College in 2018, bringing more than 30 years of experience in PK-12 public education, with more than 15 years spent in senior leadership roles. Most recently, she served as the associate dean of academic programs while teaching extensively in the School of Education, and additionally serving as a senior instructor and program supervisor for graduate students. Prior to coming to AIC, Henrichon was an assistant superintendent of schools in Oxford and director of Special Education and Student Services for the Oxford Public Schools system. Before that, she was the director of Pupil Personnel Services in Monson, director of Special Education in Easthampton, director of Student Services for the Southwick-Tolland-Granville school district; special-education team leader in the Holyoke Public Schools; and assistant department head of Quality Assurance at the Monson Developmental Center. Henrichon has been recognized by the Department of Elementary and Secondary Education for her work. Her professional affiliations include the Massachusetts Assoc. of School Superintendents, the Worcester County Superintendents Assoc., Massachusetts Administrators for Special Education, the Western Massachusetts Special Education Directors Assoc., the Assoc. for Supervision and Curriculum Development, and the Council for Exceptional Children. She received a doctor of education degree in educational administration at Northcentral University in Phoenix; her certificate of advanced graduate studies in educational administration from the University of Massachusetts; a master’s degree in education, special education, from Westfield State University; and a bachelor’s degree from Plymouth State University in Plymouth, N.H.

Michelle Jarvis-Lettman joined Elms College as director of Financial Aid in January. She has 15 years of experience within student financial services with positions at Worcester State University, Springfield Technical Community College, Wesleyan University, University of Hartford, and Ironbridge Resources, LLC. She has presented on the topic of financial aid to many audiences, including the Massachusetts Assoc. of Student Financial Aid Administrators in 2019. Jarvis-Lettman received her master’s degree in higher education administration from Bay Path University after completing her bachelor’s degree in psychology from Worcester State. She was recently appointed to Worcester State’s Athletic Hall of Fame Committee. She also coaches basketball. In addition, the Elms College Graduate Admission Office recently announced the promotion of Stefany Scliopou to director of Graduate and Continuing Education Admission. She is a graduate of Johnson & Wales University with a bachelor’s degree in hospitality management. After working in the hotel industry for nine years, she transitioned into higher education, where she completed her MBA degree with Elms College. For the last six years, Scliopou has worked in a graduate admission role helping non-traditional adult students embrace their next-level education endeavors. She has worked alongside students and program directors to ensure exceptional student support. In addition, she is the academic coordinator for the Elms-HCC business-degree-completion programs as well as a part-time adjunct. She serves on the board of the Young Professional Society of Greater Springfield, the Greater Chicopee Chamber of Commerce events committee, and the parish council board for St. George Greek Orthodox Cathedral in Springfield. 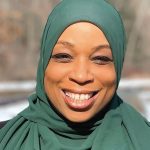 The Massachusetts chapter of the Council on American-Islamic Relations (CAIR Massachusetts) announced that Tahirah Amatul-Wadud has been chosen to serve as its new executive director. Amatul-Wadud is an attorney based in Springfield with more than 16 years of experience in corporate, family, and civil-rights law. A former staff attorney with Western Massachusetts Community Legal Aid before entering private practice, she served as a commissioner with the Massachusetts Commission on the Status of Women from 2014 to 2020. In 2016, she rose to national prominence serving as the principal attorney on behalf of the residents of Islamberg, N.Y. against Robert Doggart, an anti-Muslim conspiracy theorist who had planned a violent attack against the community. In 2018, she ran for Congress in Massachusetts’ first district, securing 30% of the vote. She served as vice president of the board of directors at CAIR Massachusetts from 2016 to 2018 and its president since 2018, and during her tenure has overseen the organization’s restructuring and rapid growth. CAIR’s mission is to protect civil rights, enhance understanding of Islam, promote justice, and empower American Muslims. 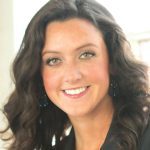 The Irish Echo, the premier news title in Irish America since 1928, presented Darcy Young with a Top 40 Under 40 award at its 15th annual event at Rosie O’Grady’s in New York City on Feb. 25. The popular event is a celebration of the Irish and Irish Americans who have distinguished themselves in their respective fields of work before reaching age 40. Young was selected for her service to Irish community. A former Colleen, she currently serves as the communications chair for the Springfield St. Patrick’s Parade Committee and has served on the board and many of the subcommittees. The Springfield St. Patrick’s Parade Committee promotes and celebrates Irish heritage in Western Mass. through enriching experiences for its members, yearly honorees, and scholarships for students. One of her favorite volunteer efforts is chaperoning the Colleen and her court every year as they travel to a variety of public presentations to share their Irish heritage. She is also a member of the John Boyle O’Reilly Club. Young has served as a media professional for more than a decade, first at ABC and FOX news affiliates and most recently as director of Digital Public Relations at Garvey Communication Associates Inc. and a video producer at New England Corporate Video. She also serves on the executive board of the Children’s Study Home.

ArchitectureEL Inc. (AEL) recently welcomed a new member, Marco Crescentini, to its team as senior project architect. ArchitectureEL Inc. provides professional design services on a wide range of projects, including both new buildings and renovations to existing structures. The firm boasts significant experience in accessibility, historic preservation, educational and commercial design, as well as extensive experience in both private and multi-family residential development. “I am thrilled to hold a position on the AEL team, as they are a group of creative and hardworking individuals,” Crescentini said. “I hope to contribute to the success of the company and to collaborate on some of the intriguing and influential jobs we have before us.”

Leadership Pioneer Valley (LPV) announced new campaign co-chairs for the LEAP 2023 campaign, Jason Randall and Ayanna Crawford. Both are alumni of the class of 2013. They will be leading the effort to connect with businesses and potential applicants about the benefits of LPV’s LEAP program. Randall is director of Human Resources at MGM Springfield and a current LPV board member. He is involved with Springfield Works and Springfield Business Leaders for Education. Crawford is president of AC Consulting and Media Services and specializes in communications workshops in the New England area. She currently leads an after-school program for girls, positions herself as an educator in the Springfield Public Schools, and works for state Rep. Orlando Ramos. In its 11 years, more than 300 individuals representing more than 100 companies, organizations, and municipalities have participated in LEAP. The program has filled a critical need for a leadership program that builds a network of emerging leaders to address the challenges and opportunities of the region. LPV will begin accepting LEAP applications in April, with an application deadline of July 1.

Peole on the Move