Greenfield Community College recently announced that Michelle Schutt will serve as the college’s 11th president, effective July 18. Currently serving as the vice president of community and learner services at the College of Southern Idaho (CSI), the state’s first Hispanic Serving Institution, Schutt was chosen from a competitive pool of four highly-qualified candidates. Schutt’s appointment was approved by the Massachusetts Board of Higher Education on June 21. “From the moment I began researching Greenfield Community College, I was immediately drawn to the campus’s core values,” she said. “I am honored by the opportunity to serve Greenfield Community College as its next president and I look forward to ensuring that we meet the evolving needs of the students, employees, alumni and community members we serve.” Schutt will be taking the helm of GCC from Richard Hopper, who has served as interim president since August 2021. With more than 20 years of experience in higher education, Schutt has held leadership roles in all facets of education, including student affairs, academic services, and community learning. Schutt’s visionary leadership throughout her career has produced measurable enrollment and retention results. Notably, Schutt oversaw an enrollment increase of 3% at CSI during the COVID-19 pandemic in 2020, despite nationwide decreases due to the pandemic and an expected institutional decline of 15%. Schutt is steadfastly dedicated to diversity, equity and inclusion efforts, showcasing them throughout her career. At CSI, she undertook efforts to improve Latinx student enrollment, which grew by nearly 9 percent during her tenure, created greater access to non-English speaking services across all departments, and petitioned for gender-neutral restrooms on campus. In addition to her most recent role as vice president of community and learner services, Schutt has served in a number of roles at CSI since 2015, including as vice president for student services. She has also taught college-level courses each semester and worked closely with state legislators on a variety of issues facing education. Prior to her work at CSI, Dr. Schutt held positions at Penn State University, the University of Wyoming, Hanover College and St. Cloud State University. Schutt holds a bachelor’s degree in English education from Upper Iowa University, master’s degrees in teaching and social responsibility from Emporia State University and St. Cloud University, and a doctorate in education and human resource studies from Colorado State University. She attended the Institute for Educational Management at Harvard University and was a 2021-2022 Aspen Institute Rising Presidents Fellow. 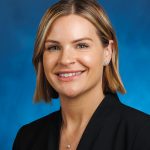 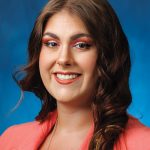 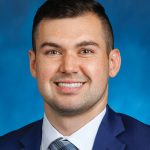 Bacon Wilson, P.C. announced that Lauren Rainville, Amanda Walsh, and Nicholas Kubacki have been accepted into the Law Clerk program for the 2022-2023 school year. Bacon Wilson created the clerkship program more than 40 years ago to allow law school students to gain experience and mentoring in the legal profession. Many Bacon Wilson attorneys began their careers after their clerkship experience. The program is unique as it lasts for a year. Typically, clerks begin at the firm at the end of their second year of law school and stay through their third year. Clerks use their law school training to conduct important research assignments with attorneys in all practice areas. The clerks are an integral and important part of the firm and participate in various firm events during their time at Bacon Wilson, P.C. Rainville joined Bacon Wilson, P.C. in May. A Western New England University School of Law Candidate for Juris Doctorate in May 2024, she ranks in the top 25th percentile of her class and is the treasurer for the Phi Alpha Delta Law Fraternity. She earned her bachelor of Science degree, cum laude in Business Management from Bay Path University, in 2016. Her previous experience includes negotiations and settlements with claimants’ attorneys and pro-se claimants on personal and commercial auto damage, and injury losses in Connecticut. She has volunteered her time as an educator for Junior Achievement in Connecticut and Western Mass. from 2016 to 2018, and as a camp volunteer at The Hole in the Wall Gang Camp in Ashford, Connecticut in 2019. She is interested in pursuing a career in real estate law. She is a member of Western New England’s Real Estate Law Association and will be participating in the Western New England University’s Law School Real Estate Practicum in the Spring of 2023. Walsh joined the firm in May, and will be eligible for her Juris Doctorate in May 2023, from Western New England University School of Law. She spent two years at the University of London in Richmond, Surrey, as a transfer student and then earned her Bachelor of Political Science and Economics Degree, cum laude in May 2020 from Simmons University in Boston. Recently, she served as a fellow for The State House, and as a Blue Lab associate to the Liberty Square Group in Boston. She was elected 1L and 2L day class representative from September 2020 to May 2022. She has been interested in becoming an attorney since the age of 10. She has expressed interest in litigation and trust and estates. Kubacki joined Bacon Wilson, P.C. in May, and will be eligible for his Juris Doctorate in May 2023, from Western New England University School of Law. He earned his bachelor of Science Degree in Criminal Justice, summa cum laude in May 2020 from Western New England University. He also was named to Chi Alpha Sigma, the National College Athlete Honor Society for Student-Athletes. He is currently a teaching assistant in the Academic Success Center at Western New England, as well as a member of the Real Estate Law Association. Recently, he served as a legal intern for the U.S. Attorney’s Office, and as a Victim Witness Advocate intern at the Hampden County District Attorney’s Office.

The Massachusetts Colleges Online (MCO) consortium announced that Anne Goodwin of Massachusetts College of Liberal Arts (MCLA) received a Course of Distinction (COD) Award on June 2. The Course of Distinction awards are given annually to recognize excellence in design and delivery of online and hybrid courses across multiple categories. Goodwin designed and taught ‘Nutrition for Healthy Living,’ integrating individual and small-group activity, and providing authentic, humanized connections to support students’ engagement and academic success in an asynchronous environment. 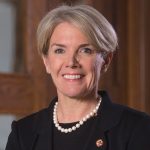 Springfield College President Mary-Beth Cooper will serve as a voting member on a new NCAA Board of Governors, the highest governance body of the NCAA. The board members will assume their duties on August 1. Cooper, the lone Division III delegate, was selected by the NCAA following the new NCAA constitution that was adopted in January by member schools and conferences. The new board includes nine voting members: four from Division I (at least one school president and one conference commissioner), one from the Division II Presidents Council, one (Cooper) from the Division III Presidents Council, two independent members and one graduated student-athlete. Cooper became the 13th president of Springfield College in August 2013. Known for her volunteer leadership, Cooper has served on the President’s Council of the NCAA, serves on the NIL Committee: NCAA Federal and State Legislation Working Group, and has been the president of the New England Women’s and Men’s Athletic Conference (NEWMAC). 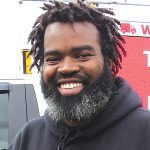 At its recent commencement ceremonies, Holyoke Community College honored entrepreneur Mychal Connolly with its Distinguished Service Award. Connolly is co-founder of Stinky Cakes, a newborn baby gift company, and creator and chief brand ambassador of StandOutTruck.com, a digital mobile advertising and marketing agency. Connolly has served as an alumni mentor for the HCC Alumni Champions Mentorship Network, and last year established an annual scholarship through the HCC Foundation for business and marketing majors. He has also worked as a volunteer for HCC’s annual “Together HCC — Drive to Change Lives” fundraising campaigns. “Myke can be found talking about the impact of a Holyoke Community College education all across our region – in boardrooms, with aspiring leaders, and all along the streets of western Massachusetts thanks to the Stand Out Truck,” said President Christina Royal said. “He is a champion for HCC and we are pleased to celebrate his service to the college by recognizing him as this year’s Distinguished Service Award winner.”