The Greater Easthampton Chamber of Commerce announced the hiring of its new Executive Director, Maureen Belliveau. She joins the chamber after two years as executive director of the Westfield Business Improvement District. Prior to that, she spent more than five years as co-owner of Optimum Health Therapeutic Massage, a small business also located in Westfield. “I am delighted to partner with the board of directors in raising the Greater Easthampton Chamber to the next level,” said Belliveau. “I am eager to get out and about within our communities and meet our members.”
•••••
UMass Amherst has hired veteran biopharmaceutical executive and researcher Peter Reinhart to be the Founding Director of the Institute for Applied Life Sciences (IALS). The institute was created in 2013 with $150 million in capital funding from the Massachusetts Life Sciences Center (MLSC) and additional contributions from the university to accelerate life-science research and advance collaboration with industry. Reinhart comes to the university from Alzehon, a Lexington, Mass. company where he most recently was the head of corporate development and new products for the firm, which is focused on brain health, memory, and aging and development of treatments for Alzheimer’s disease and other neurodegenerative disorders. Prior to that, he was chief scientific officer and then president at Proteostasis Therapeutics, and head of Neurodegeneration at Wyeth/Pfizer. He has also been an adjunct associate professor of Neuroscience at the Duke University Medical Center for the past decade and was a tenured professor at the center for nearly 13 years prior to that. Michael Malone, UMass Amherst’s vice chancellor for Research and Engagement, said hiring Reinhart is a significant milestone in developing the IALS. “His extensive experience in both academic and industrial biomedical research and training, and his passion for advancing life sciences, is the perfect background for leading the growth of the three IALS Centers.” Kumble Subbaswamy, UMass Amherst chancellor, noted that IALS is a critical part of the university’s strategy for innovation and impact in the life-sciences ecosystem in Massachusetts and beyond. “As founding director, Peter Reinhart will play a critical role in shaping and expanding our collaborations on campus with industry and with colleagues at other UMass campuses.” Reinhart said this is a position that is well-suited to his experience and skills. “Having spent significant time in large pharma, biotechnology companies, as well as in academia allows me to understand the strengths and needs of each of these organizations. This experience will be useful both in advancing alliances across the UMass campuses to combine assets and capabilities, and in utilizing such assets to develop industry partnerships.” The MLSC funding, a capital grant of $95 million, is the largest economic-development grant in the history of the UMass system and the largest grant the MLSC has awarded as part of the Commonwealth’s $1 billion, 10-year, life-sciences economic-development initiative.
•••••
Westfield State University President Elizabeth Preston announced that Madeline Landrau and Linda Slakey have been named the newest members of the WSU board of trustees. Their appointments complete the full, 11-member board. 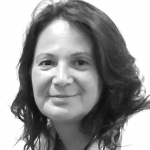 • Landrau has worked at MassMutual for nearly 20 years, most recently in the office of Community Responsibility and as Marketing Director for multicultural market development, where she is responsible for leading the development and execution of marketing and recruiting strategies to help the company reach the U.S. Hispanic and Latino markets. Landrau’s community-service efforts include past and current roles as a board member of Habitat for Humanity and vice chair at ALMMA, MassMutual’s employee resource group. Previous roles include serving as board chair of the city of Springfield’s Personnel Department, commissioner of Springfield Libraries, and member of MassMutual’s Women Business Advisory Board. She earned her bachelor’s and master’s degrees in human services at Springfield College. Landrau is the first non-student Latina to serve on Westfield State’s board of trustees. 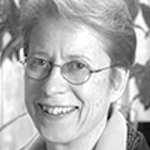 • Slakey serves as Senior Advisor for the Assoc. of American Universities STEM Initiative and as Senior Fellow for Project Kaleidoscope for the Assoc. of American Colleges & Universities. Her career in higher education and research began when she was appointed to the faculty of the Department of Biochemistry at UMass Amherst in 1973. Her scientific work focused on lipid metabolism and vascular biology, and was funded by the National Institutes of Health, the American Heart Assoc., and the National Science Foundation. During her time there, she served as head of the Department of Biochemistry (1986-1991) and dean of the College of Natural Sciences and Mathematics (1993-2000) and of the Commonwealth College (2000-2006). As dean of NSM and of Commonwealth College, she was active in supporting teaching and learning initiatives throughout the university. Slakey served at the National Science Foundation from 2006 through 2011 as the director of the Division of Undergraduate Education, and as a senior staff associate in the office of the assistant director for Education and Human Resources. She earned her bachelor’s degree in chemistry from Siena Heights College and her Ph.D. in biochemistry from the University of Michigan.
••••• 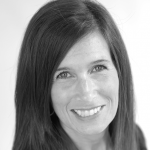 Easthampton Savings Bank announced that Tracey Gaylord has joined the bank as Vice President, Commercial Lending. Gaylord has more than 25 years of banking experience, primarily in commercial lending. Most recently, she was the regional vice president and commercial loan officer for Union Bank in St. Johnsbury, Vt. Gaylord obtained her bachelor’s degree from the University of Vermont in Burlington. She is a graduate of the Northern New England School of Banking, the New England School of Banking, the Stonier Graduate School of Banking, and the ABA Graduate Commercial Lending School. While living in Vermont, Gaylord had extensive affiliations with local nonprofits, including the Fairbanks Museum & Planetarium, where she continues to serve as a trustee, Northeastern Vermont Regional Hospital, Northeast Kingdom Human Services, and the St. Johnsbury Chamber of Commerce.
••••• 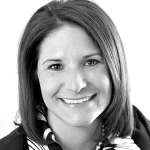 Berkshire Bank announced that Holly Lawson Kresiak has been hired as Vice President, Wealth Advisor, joining its Wealth Management team. In this position, Kresiak will be responsible for developing and maintaining personalized client relationships, irrevocable and revocable trust administration, and estate planning in Berkshire County and the Pioneer Valley. In addition, she will work with clients by providing investment management, trust administration, and asset-allocation services to help them achieve their long-term investment goals. She has 17 years of financial-management experience. Her areas of specialization are trust administration, estate planning, and client relations. Kresiak will be working out of Berkshire Wealth Management’s Berkshire County and Pioneer Valley offices located at 25 Main St., Lenox, and 1259 East Columbus Ave., Springfield, respectively. Prior to Berkshire Bank, Kresiak worked for TD Wealth Private Client Group, a division of TD Bank where she was vice president, trust advisor. She graduated cum laude from Bay Path College with a bachelor’s degree. She is also a graduate of the Cannon Financial Institute’s Trust School and holds a certificate from the American Banking Institute of Southern New England.
••••• 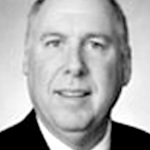 Lawrence Johnson has been named Director of Non-discrimination and University Compliance at Westfield State University. He officially joins the university on Monday, Oct. 20. “Using existing funds for a position that we have chosen not to fill, we have created this new position to assure that we are doing everything we must and can do to meet state and federal requirements and provide a safe environment for everyone in our campus community,” said Elizabeth Preston, president of Westfield State University. “Our recent audit by the Mass. Office of the Comptroller suggests that a better coordinated approach to risk management through a dedicated position will build on what is already in place and will ensure we are adhering to the highest ethical standards.” The position will focus on prevention and will include identifying any risks the university may face from internal policies or changes in local, state, or federal laws, as well as designing and implementing controls to minimize those risks and reporting the effectiveness of the controls. Johnson will also provide education and training, and is responsible for developing, implementing, and evaluating the university’s Equal Opportunity, Diversity, and Affirmative Action Plan and initiatives to promote an inclusive environment for students, faculty, and staff. A lawyer, Johnson currently holds joint positions as associate dean of students at Rider University in New Jersey, and dean of students for Rider’s Westminster Choir (Music) College. He is responsible for upholding many legal areas, including Title IX, risk management, the Family Educational Rights and Privacy Act, disability services, substance-abuse prevention, and multi-cultural affairs and community service. Johnson has worked closely with human resources to provide sexual-harassment training to all corners of the university and assisted in the development of Rider’s Title IX policy in compliance with the Office of Civil Rights’ 2010 “Dear Colleague” letter and Violence Against Women Act. In addition to his role as dean, Johnson is an adjunct professor of American Studies, where he has taught the course “Law and Ethics in Higher Education.” He has been honored as an Omicron Delta Kappa inductee and academic advisor, was the recipient of the Angel on My Shoulder award from the Black Student Union, and was on the Law School Honor Code Committee at Franklin Pierce Law Center. Johnson’s professional affiliations include memberships in the National Assoc. of College Student Personnel Administrators, the Delaware Valley Student Affairs Administration Assoc., the Delaware Valley Student Affairs Administrators Assoc., and the Assoc. of Independent Colleges and Universities of New Jersey. He holds a bachelor’s degree in American studies from Saint Michael’s College, a master’s degree in higher education administration from Michigan State University, and a juris doctor from the University of New Hampshire Law School.
Tags: Education Estate Planning Law People on the Move