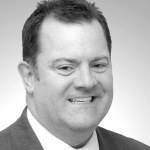 • Michael Moriarty has been named Senior Vice President, Commercial Team Leader, and Regional Executive. Moriarty is a 24-year veteran of the Western Mass. banking industry. He comes to Farmington Bank from United Bank, where he most recently served as executive vice president and regional commercial executive. Moriarty is the treasurer of Human Resources Unlimited in Springfield and is a member of the board of directors of the West Springfield Boys and Girls Club and St. Thomas School in West Springfield. Moriarty received a bachelor’s degree from Merrimack College and an MBA degree from Western New England University. 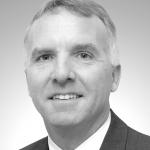 • Joseph Kulig has been named Vice President, Commercial Lender. Kulig also has 24 years of local banking experience, and has held the position of relationship manager at both United Bank and TD Bank. Kulig is a member of the board of directors of Rebuilding Together Springfield, West Springfield Youth Soccer Club, and West Springfield Wildcats Baseball Club. Kulig received his bachelor’s degree from UMass Amherst and an MBA degree from Western New England University. 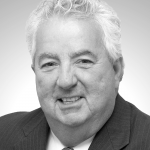 • Joseph Young has been named VicePresident, Commercial Lender. Young also brings to Farmington Bank more than 24 years of local banking experience. Previously a senior vice president of commercial lending at United Bank, Young is a 20-year retired veteran of the U.S. Air Force. He serves on the board of directors of the Boys and Girls Club of Greater Westfield. Young received his bachelor’s degree from St. Leo College in Florida; and 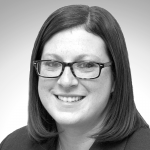 • Candace Pereira has been named Assistant Vice President, Commercial Portfolio Loan Officer. Pereira, with nearly 10 years of local banking experience, comes to Farmington Bank from United Bank, where she most recently served as a commercial lending officer. Pereira is a member of the board of directors at the Gray House in Springfield. She received her bachelor’s degree from UMass Amherst. In September, Connecticut-based Farmington Bank announced its plans to enter Massachusetts with the establishment of a commercial-lending office and two de novo hub branches, subject to regulatory approval, located in West Springfield and East Longmeadow. With this expansion, Farmington Bank services will now be available from Hampden County to New Haven, Conn., spanning New England’s Knowledge Corridor, an interstate partnership of regional economic-development, planning, business, tourism, and educational institutions that work together to advance the region’s economic progress.
••••• 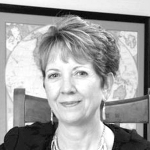 Jean Deliso has been named a member of the 2014 Chairman’s Council of New York Life. Members of the elite Chairman’s Council rank in the top 3% in sales achievement among New York Life’s elite sales force of more than 12,000 licensed agents. Deliso has accomplished this level of achievement after 30 years in the financial-services industry. Her passion for finance and strategic planning led to the creation of Deliso Financial and Insurance Services in 2000. Deliso began her career in corporate accounting in Tampa, Fla., where she consulted with small-business owners on financial operations and maximizing performance. She has been a New York Life agent since 1995 and is associated with New York Life’s Connecticut Valley General Office in Windsor, Conn. She serves on many boards in her community, including the Pioneer Valley AAA Auto Club and Pioneer Valley Refrigerated Warehouse, and is currently chairman of the board at the Community Music School of Springfield. She is a past chairman of the board at the YMCA of Greater Springfield and a past trustee of the Community Foundation of Western Massachusetts and the Bay Path College Advisory Board.
•••••
Morrison Mahoney LLP announced that attorney Jennifer Rymarski has been elected a Partner. Rymarski, who practices in the Boston-based firm’s Springfield office, serves a wide base of clients in the arenas of medical malpractice litigation, as well as employment, business, and corporate law. Rymarski has more than 10 years of experience as an attorney and more than 15 years of experience in the legal field. She has a diverse background in medical-malpractice defense work and general business law, communications, and management. Rymarski advises healthcare clients on litigation matters and other issues involving healthcare law. She also serves as defense counsel for court cases and Board of Registration in Medicine investigations and complaints. For general business clients, she offers business advice, including dispute resolution, collections, adherence to corporate and regulatory formalities, and negotiations concerning leases, contracts, financing, and bankruptcy. Rymarski earned a bachelor’s degree from Westfield State University, a certificate of paralegal studies from Elms College, and a juris doctor from Western New England University School of Law. She is a member of the Massachusetts Bar Assoc. and the Hampden County Bar Assoc., and is also licensed to practice law in Connecticut. She serves as a board member of the Children’s Study Home. Rymarski has been named a “Rising Star” in Boston magazine for four consecutive years.
••••• 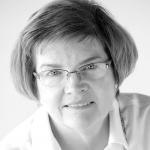 The law firm of Cooley Shrair announced that Mary Hurley, Esq., retired first justice of the Chicopee District Court, has returned to private practice with Cooley Shrair. Hurley served 19 years as a judge, following 18 years as a practicing attorney. She was a principal with Cooley Shrair and served two terms as mayor of Springfield before accepting an appointment as a state court justice. Hurley actively serves as a member of the advisory board for the Elms College Criminal Justice Program and the College Club of Greater Springfield. Her background of community service includes work as a trustee of Elms College, the Springfield Library and Museums Assoc., Springfield College, and Holyoke Community College, as well as service on the boards of directors for such organizations as Sisters of Providence Health System, Springfield Symphony Orchestra, and Alcoholism and Drug Services of Western Mass. Inc. She is also a recipient of the Massachusetts Bar Assoc. Public Service Award. Hurley earned her J.D. from Western New England College School of Law and her bachelor’s degree from Elms College, where she also obtained a teaching certificate and an honorary doctorate.
••••• 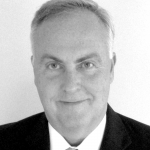 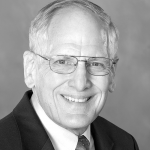 Tighe & Bond, a civil and environmental engineering firm, recently appointed two new members to its board of directors, Patrick McCann and Robert Herchert. McCann has more than 30 years of leadership experience in the environmental, engineering, and construction business. He joined Weston Solutions, an infrastructure-redevelopment firm with offices nationwide, in 1996 and led the company through a successful transformation from public to employee ownership. He became chief operating officer in 1997, president in 1998, and CEO from 2003 to 2013. Currently, McCann serves as board chair for Water for People, an international development organization with operations in nine countries that focuses on providing sustainable water and sanitation to some of the poorest villages in the developing world. He also serves as a board member for Harris & Associates, a West Coast construction-management and design firm, as well as the SUNY Oneonta Foundation. Herchert has nearly 50 years of leadership experience in the public and private sectors, with approximately half of those in the professional-services industry. For the past 13 years, he has been chairman of the board at Freese and Nichols Inc., an engineering, architecture, and environmental-science firm headquartered in Fort Worth, Texas. He also develops and maintains client relationships, and is a Freese and Nichols representative in community and civic activities. Prior to this, he was the firm’s president and CEO for 11 years. Previously, Herchert served as city manager for the City of Fort Worth from 1978 to 1985, and as executive vice president for Texas American Bancshares from 1985 to 1990. Over the years, he has served on numerous boards to support government, business, and community initiatives, and has served on various corporate boards. In 2009, he joined the board of Terracon Consultants Inc., where he also chairs the executive compensation committee and serves on the governance committee.
••••• 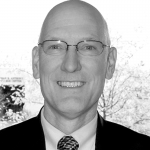 Craig Smith has joined Berkshire Community College (BCC) as Vice President for Institutional Advancement and Executive Director of the BCC Foundation. In this dual role, Smith is responsible for developing, directing, and implementing internal and external fund-raising for both the college and the foundation as well as advancing community initiatives that promote BCC’s mission, direction, and goals. Smith, who has extensive experience in capital-campaign fund-raising as well as annual and planned giving programs, previously served as managing director of the Berkshire Theatre Group in Pittsfield. Prior to that, he was the development director at the Becket-Chimney Corners YMCA in Becket. “Craig’s years of fund-raising and management experience will be a true asset to our institution, the advancement division, and the BCC Foundation,” said BCC President Ellen Kennedy. “His knowledge, coupled with his ties to the Berkshires, will certainly help him forge relationships not only with our donors and alumni, but also with our students, faculty and staff, and the community at large.” He earned a master’s degree from Assumption College in Worcester, and a bachelor’s degree from Eastern University in St. Davids, Penn.
Tags: architecture Construction Employment Insurance Law