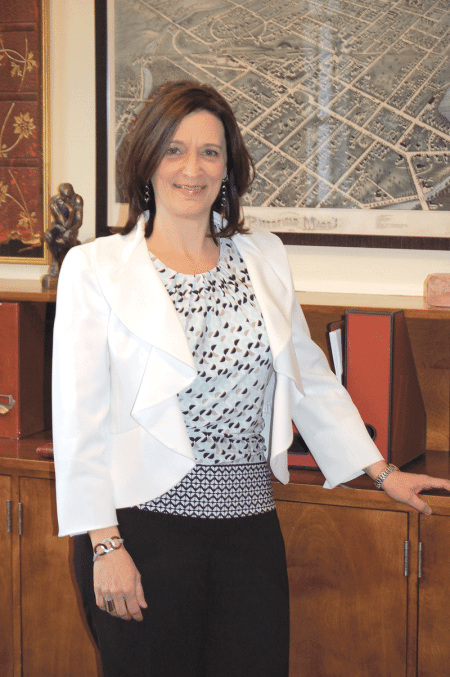 When she issued her annual state-of-the-city address recently, Pittsfield Mayor Linda Tyer spoke at length about issues ranging from schools to public safety; from recreation to housing, and much more.

But she summed up many of her feelings early on, with five simple words: “Pittsfield is good for business.”

As an example, she cited the creation of a new municipal position, business development manager, a yet-to-be-named appointee who — under the guidance of the newly formed Mayor’s Economic Development Council, comprised of Tyer; Mick Callahan, chair of the Pittsfield Economic Development Authority; and Jay Anderson, president of the Pittsfield Economic Revitalization Corp. — will promote and foster economic development, job growth, and capital investment by working to retain and grow existing businesses and by attracting new businesses.

“Another key feature of this collaboration includes the creation of a ‘red-carpet team’ made up of city and state officials whose purpose is to develop strategies and explore incentives to support business expansion or startups,” Tyer said, noting that the team was deployed several times last year, assisting local businesses such as Modern Mold and Tool and LTI Smart Glass with their expansion efforts.

She said the next step in supporting businesses is building the Berkshire Innovation Center, which recently received a $1 million pledge from the City Council. “This commitment has opened up more dialogue with state officials, and I anticipate that soon we will have a complete financing package that will secure all the necessary funding for construction and two years of operations.”

The Berkshire Innovation Center, she explained, will be a state-of-the-art facility located at the William Stanley Business Park, featuring cutting-edge equipment available to advanced manufacturers for research and development of new products. In partnership with Berkshire Community College, the center will be a place of teaching and learning, creating a pipeline of trained employees that area companies desperately need.

“It will revolutionize how we support advanced manufacturers here in Pittsfield and the Berkshires and how we build a skilled workforce,” she explained.

At the same time, Tyer noted, the city has seen the opening of several new small businesses, including floral-arrangements outfit Township Four, Red Apple Butchers, and the Framework co-working space, all on North Street, as well as Hangar Pub and Grill on East Street.

The city has seen movement on the residential front as well, said Tyer, who noted that Millennials want to live in locations with hip housing, convenient access to work, and work-life balance amenities. She cited the former St. Mary the Morningstar Church on Tyler Street, which was acquired by local developer David Carver and his company, CT Management Group, and will be redeveloped into 29 units of market-rate rental housing and include campus-style pathways and inviting common areas.

Pittsfield at a Glance

“Our neighborhoods deserve our efforts too,” she was quick to add, “and while we seek new market-rate housing, we also want to help shore up our city’s older housing stock.”

To that end, she will soon announce the details of a city-sponsored home-improvement initiative in collaboration with MassHousing, which seeks to provide funding to improve the exterior of owner-occupied dwellings who qualify under relaxed eligibility guidelines. The program will allow for the repair or replacement of features such as windows, doors, porches, siding, and roofs. “Giving our residents the resources they need to enhance the value of their homes and to improve their quality of their life is the primary objective of this initiative,” the mayor noted.

Tyer said the issue of community housing, along with parks, open space, and historic preservation, are the four designated categories that will comprise a formal plan developed by the city’s Community Preservation Committee, and $420,000 in Community Preservation funding will be invested in one or more of the four categories. Creating the plan will include public input to make sure the community’s priorities are considered.

Still, Pittsfield has moved ahead with a number of municipal quality-of-life projects. A permanent pavilion will be installed this spring at Durant Park with the support of Greylock Federal Credit Union, while Clapp Park will benefit from a $400,000 state grant.

“Clapp Park is truly a four-season destination in Pittsfield, and this funding aligns two strong community partners, Rotary International and the Buddy Pellerin Field Committee,” Tyer said. “Both will partner with the city on Clapp Park improvements, including the construction of a splash pad, enhancements to the playground and fields, and increased accessibility.”

Elsewhere, 75% of the design is complete for the bike path extension of the Ashuwillticook Rail Trail from Mall Road to Crane Avenue, and construction on the path is expected to begin this spring. “This is great news for many in our community who relish the outdoors and enjoy hitting the trails on foot or on bike.”

Finally, due to a growing interest among active seniors for the game of pickle ball, the city striped four pickle ball courts at Reid Middle School for their use.

Meanwhile, an emphasis on neighborhood revitalization can be seen in the Tyler Street Transformative District Initiative, a partnership between Pittsfield and MassDevelopment. A streetscape-improvement program on Tyler Street will include more lighting, landscaping, bike lanes, and improved pedestrian accommodations.

In addition, a storefront-improvement project there allows businesses to apply for funding for exterior improvements. Hot Harry’s, Panda Garden, Goodwill Industries, and Quillard Brothers Garage are among the operations taking advantage of the program.

Finally, the Tyler Street Pilot LED Light Project, a collaborative effort between the city, Pine Ridge Technologies, and Eversource, aims to improve lighting, environmental stewardship, and cost savings. Two LED streetlight fixtures were incorporated into existing banner poles on Tyler Street at Grove and Plunkett streets, and will be monitored throughout the spring.

Speaking of power, the city’s electrical aggregation program allows local government to combine the purchasing power of residents and businesses to provide them with an alternative to the existing basic service costs offered by Eversource.

“Considering the increases in Eversource’s delivery rates, we wanted to ensure that residents had an ability to offset those increasing costs,” Tyer said, adding that, beginning this month, the Community Choice Power Supply program will provide city residents and businesses with a collective savings of more than $780,000 over the next six months.

In a similar vein, the city officially launched its newest 2.91-megawatt solar-power-generation facility at the former landfill located off of East Street. Ameresco will operate and maintain the project at no charge to the city. In exchange, the city entered into a 20-year agreement to purchase the power generated by the solar array.

“Combining the reduced utility costs and the personal property taxes paid by Ameresco, this project is estimated to save the city up to $140,000 annually,” Tyer noted. “That’s $2.6 million over the duration of the contract.”

On the public-safety front, the Pittsfield Fire Department grew its ranks with the addition of eight new hires made possible through a federal SAFER grant, helping to reduce the city’s overtime costs by 60%. The department also recently purchased a 2014 ladder truck in mint condition at 60% of the cost of a new truck, as well as new hydraulic rescue tools.

The Police Department saw an even bigger change, hiring Police Chief Michael Wynn after a decade with no one in that role. Meanwhile, 14 officers completed field training in 2017, and the department recently hired six additional officers who will begin their training this year.

At Pittsfield Municipal Airport, reconstruction of two runways will begin this spring, enhancing overall safety by eliminating potential hazards caused by deteriorating runway pavement, Tyer said. The state Department of Transportation Aeronautics division also identified the airport for a rebuild of its terminal starting in 2020.

“The airport is also a perfect landscape for environmental stewardship,” she added. “Underway is the planning and development of a solar array that will provide revenue for the airport and cost-saving energy for municipal facilities.”

Even amid all that progress, Tyer said the city is challenged by serious fiscal constraints.

“Pittsfield is at its levy ceiling, and our ability to provide services that the community expects and deserves is impacted by diminished financial resources. This year our revenue growth remains limited, and we do not foresee dramatic increases in state aid or local receipts. This is a serious matter that requires a lot of difficult decisions, persistence over time, and sheer determination.”

She added, however, that “I view this circumstance as an opportunity to sharpen our thinking about the role of government and to access expertise at every level. We’ve already tapped into the state’s community compact program to develop a model for financial forecasting and to produce an improved, more informative budget document. And there’s more work to do.”