Businesses are Using A New Medium to Reach Audiences Any Time, Anywhere

Karen McMahon and Denise Szczebak in MassMutual’s producing room, creating one of the company’s weekly podcasts.

That’s what Jorge Luis Gonzalez, Webmaster for WFCR in Amherst, calls the young, college-age people who sometimes visit his public radio station, located on the UMass campus, often with their mp3 player headphones still around their necks.

“We had a group in recently, and we asked them what their thoughts were on radio,” he said. “One young man piped up immediately and said, ‘radio sucks.’”

It was not exactly a resounding endorsement for the medium, but Gonzalez said the response wasn’t a shock, either.

“All young people use their mp3 players to create audio programs of their own now, and fewer listen to the radio than ever before,” he said.

It’s a reality that all radio stations across the country are facing, and many, including WFCR, have incorporated the creation of podcasts into their daily routines, in an effort to regain some of those ear-bud-wearing deserters.

“It’s something that every public radio station on the progressive edge is doing,” said Gonzalez, who explained that some of the station’s regular features have been made available online for download for about a year now. “It doesn’t make us any money, though as we move forward we might look at fundraising ideas using podcasting. Right now, it’s doing more to get our name out there, and make our programming accessible to more people.”

This accessibility factor is making the podcast an increasingly popular method of communication for a host of businesses and organizations. Locally, MassMutual is using them to educate and disseminate information to employees.

“As a training organization, we’re constantly looking at the best ways to educate our employees and our agents,” said Denise Szczebak, director for the national center for professional development, which develops training programs at MassMutual. “We offer self-study options online and classroom environments, but as we look closely at various learning styles, we are seeing an increased use of podcasts and other virtual tools among the people we’re recruiting. Offering podcasts was the next logical step, then, in terms of delivering information.”

Creating these new delivery methods is actually relatively simple, too. ‘Podcast’ is the buzzword that has been given to what are essentially downloadable audio or video files that can be listened to on virtually any personal media player. The term was coined in the early years of this decade, following the success of Apple’s iPod line of mp3 players, but has since taken on a life of its own. Podcasts can now be listened to or viewed from the majority of desktop and laptop computers, mp3 players, and an increasing number of PDAs and cell phones, and in 2005, the editors of the New Oxford American Dictionary declared ‘podcast’ the word of the year.

Audio files are usually recorded and saved in .wav format, another type of audio file, and then converted using one of many software programs into mp3 files. Then, the files can be posted on any Web site, usually identified by an icon such as a microphone, where listeners can download them in a matter of minutes.

Radio stations aren’t the only entity adopting podcasting to help bolster business, however – companies of all sizes in a variety of sectors are using the technology to market services, educate employees, and disseminate corporate information, among other uses, and the practice is quickly becoming essential to today’s technology-driven business climate.

The practice is beginning to take off for a number of reasons. In addition to the relatively simple process involved in creating a podcast, companies can also track how many times a podcast is downloaded, allowing for a better measure of who they’re reaching.

The format is also very pliable, allowing for a wide variety of programs. While some companies are using podcasts to make specific industry information available to clients or shareholders, others provide general information that is of interest to a large audience.

For instance, Gordon Snyder, professor of Electronic Systems Engineering Technology at Springfield Technical Community College (STCC), began to record podcasts weekly with his colleague, Michael Qaissaunee, an engineering and technology professor at Brookdale Community College in New Jersey. Thousands of international listeners have downloaded the programs to date, which cover trends in information and communications technology.

“Our goal is to present technical topics at an introductory level, and grow our listener base,” said Snyder.

The podcasts, which have titles such as ‘Cash Mice: how E-commerce is Going Micro’ and ‘Desktop Search Engines: Indispensable or Intrusive?’ address national concerns in the telecommunications field, but also put Snyder, Qaissaunee, and the colleges for which they work in front of several people daily.

Companies may also choose to start slowly, with just a handful of podcasts made available, and grow incrementally; others have instituted weekly or daily broadcasts right from the start, with the help of multi-media or production firms. Gonzalez said WFCR began offering two popular programs online, Field Notes and Arts Interview, but will eventually offer all of the station’s locally produced news and features.

David Caputo, president of Positronic Design in Holyoke, has assisted clients with podcasting, and said he sees it as an exceedingly effective, and economical, marketing tool.

“Businesses can make effective use of podcasts by essentially making them into radio commercials that describe the goods and services they offer, or related subjects, and build up goodwill among customers and leads who enjoy the presentation,” he said. “Because of the lower price of making good audio recordings nowadays, this tool is within reach of even the smallest business, if they have the wherewithal to compose and effectively narrate the podcasts.”

MassMutual’s Szczebak explained that the method also allows a company to deliver information to people in easily digestible pieces – podcast audiences can not only listen to a broadcast anytime, anywhere, but can also listen to a program multiple times or one short segment at a time.

MassMutual began routinely offering podcasts just this year, and Szczebak said it’s not only convenient, but caters to a wide variety of people and learning styles. New podcasts are created each week, providing about 15 minutes of information that can be downloaded to a personal mp3 player such as an iPod, or listened to on a desktop or laptop computer.

“Generally, that information is what is important for our customers and clients to know,” she explained. “It could be company developments, updates, or field testimonials regarding specific topics. The segments are about three minutes long each, so they’re very easy, digestible pieces of news that people can listen to pretty much anywhere.”

The podcast program was piloted in January and officially launched about two months later, said Szczebak. Since then, the company has made keynote speeches made by MassMutual’s CEO, Stu Reeves, available in their entirety online for the first time, and are now looking toward offering video podcasts.

“We’ve gotten some really good feedback,” she said, noting that from March to July, MassMutual recorded 4,000 downloads of the podcasts, which are not mandatory, and 800 people subscribed to a service that allows them to receive the broadcasts automatically each week.

Caputo added that the subscription aspect of podcasts makes the information they contain even more accessible to large audiences. Instead of directing listeners to a link on a Web site, software programs such as iTunes allow for automatic delivery of various programs – everything from New Yorker Magazine in its entirety to a report of the latest quarterly figures of a local bank.

“Podcasting takes mp3 files one step further by allowing people to subscribe to the periodic file uploads and get them delivered to their computer, or iPod, or whatever,” he said, “without them having to go search for them. It becomes like a regularly scheduled radio program.”

And that’s a similarity Gonzalez is glad to acknowledge. When he passes a UMass student wearing those ubiquitous ear buds, he’s gradually less inclined to cringe, and instead is hopeful.

“Everyone has the luxury now of listening to just about whatever we want,” he said. “Hopefully, sometimes that’s us.” 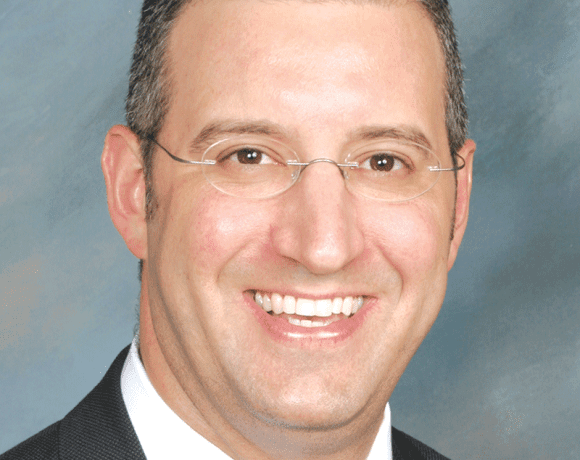 Social Media and the NLRB