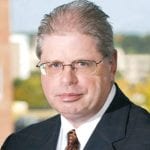 Remember that classic scene in Young Frankenstein (even you Millennials have seen it, I’m sure) when Gene Wilder (Dr. Frederick Frankenstein, pronounced Frankensteeen), and Marty Feldman (Igor) are in the graveyard digging up the corpse that will become the monster. Wilder says, “what a filthy job!” Feldman says, “it could be worse.” Wilder asks, “how could it possibly be worse?” Feldman says, “could be raining.”

And then it starts pouring.

Life has felt like that these past few weeks. Someone will say, ‘how could it be worse?’ And it starts raining, in a proverbial sense. People have lost their jobs. Businesses have lost some, most, or all of their revenue streams. People are running out of toilet paper — or they’re really, really afraid that they will. We lost Tom Brady to the Tampa Bay Buccaneers! (The who?) People stuck at home are losing their patience, if not their minds, and we’re just really getting started with this pandemic. And then it snowed on Monday!

There are no sports! How many times can we watch the Patriots beat the Falcons in replays of Super Bowl LII? We know how it ends! The Masters has been postponed if not cancelled. Golf courses are apparently not on the ‘essential’ businesses list put out by the governor’s office. How can golf courses not be on the essential businesses list?

If anyone says ‘it could be worse,’ our immediate temptation is to say, ‘no, it can’t.’

To borrow from Dickens, these really are the worst of times. This is worse than any downturn in the economy, worse than 9/11, worse than the Great Recession. It’s worse because there is so much uncertainty — about today, tomorrow, three months from now, and a year from now.

Not only that, but life is different now. Everything is weird. If we’re actually out on the sidewalk walking and we approach other people, we avoid them like a game of Frogger. If we’re out at the store, we look at everyone as if they might have the virus, and the look isn’t a good one.

Everyone is on edge about their jobs, their life savings, their 401(k), their health, the health of their loved ones. You can see it in their faces, and if you’re talking to them on the phone (which we all are), you can hear in their voices. You can also hear them yawn, because people are not sleeping, by and large. Who could sleep with all this going on?

If we’re actually out on the sidewalk walking and we approach other people, we avoid them like a game of Frogger.

And yet, there is something else, something far more powerful and positive going on, and it’s worth noting.

Yes, there are now security guards and even off-duty police in the toilet-paper aisle in many supermarkets. And yes, sales of guns and ammo are skyrocketing. And yes, we’re already starting to see a rise in reported instances of domestic violence. But despite all this, it’s abundantly clear to me that people are caring more about each other.

People don’t just put their initials at the end of an e-mail anymore. They say ‘be well,’ ‘stay well,’ or ‘take care of yourself.’ And they mean it. People are bringing food and coffee to those who are shut in (and that’s most people now). Co-workers are being nicer to each other. When I dropped off the golf cart at a club in Connecticut last Saturday, I walked over to the attendant who was parking it — someone who would likely be unemployed in about 27 hours — and said (from six feet away), “good luck to you — hope you get through this OK.” And I meant it.

You’re seeing a lot more of that these days, and this, more than anything else, will get us to the other side — whenever and whatever that happens to be.

Yes, it could be worse. It could be raining. It seems like it’s already raining — pouring, in fact. But there’s a little sunlight trickling in.

Springfields Question 1 Is All About Continuity