A new arts initiative is taking shape in downtown Easthampton, in the old Town Hall building. The venture is creating a new hub for activity and commerce, while also generating a renewed sense of community.

From police to pop culture, and from planning to post-modern art.

Essentially, that’s the path Easthampton’s former Town Hall is taking, as the municipal offices are slowly converted into a new space for art and performance-based businesses and groups.

The old Town Hall, which was vacated by the city’s municipal departments in 2003 when they were relocated to more modern trappings on Payson Avenue, is in the midst of a rebirth spurred largely by the wishes of the city’s residents.

Following the formation of a Future Use Committee to determine a new purpose for the building, a survey was disseminated to residents soliciting suggestions. Nearly 3,000 responses were received, and the overwhelming majority called for an arts, performance, or culture venue.

The city issued a request for proposals for development or use of the space, and accepted the proposal submitted by one of Easthampton’s more visible developers — William Bundy, one of the creators of Eastworks, a collective of small businesses, eateries, and artists’ studios located at the former Stanley Home Products plant on Pleasant Street.

“The old Town Hall had been vacant for a few years, and the city was looking to defray the costs of upkeep and use,” said Bundy. “I thought it would be a shame not to get involved.”

Bundy dubbed the project CitySpace, and created a non-profit organization with the same name to effectively partner with the city and serve as an umbrella for future activity at the site.

He said his primary goal is to create a vibrant center for arts and culture in Easthampton, while at the same time reducing the burden of maintaining the building for the city’s taxpayers. Now, at the close of its first year in existence, CitySpace is poised to grow further, and to add to the increasingly robust arts scene in this Hampshire County community.

Bundy noted that the building, erected in 1868, lends itself to artistic and performance endeavors.

For one, its Italian-inspired architecture differs from most of the buildings in Easthampton’s central area, which typically reflect the industrial look of the city’s early manufacturing years. That alone makes the hall, which is listed on the National Register of Historic Places, stand out.

It’s also located in the middle of the city’s downtown, not far from its two arts-driven mill buildings, One Cottage Street and Eastworks, and adjacent to a number of businesses, including Big E’s grocery.

But beyond aesthetics and location, Bundy said CitySpace also has some of the key elements inside that arts and performance venues typically seek.

“The building has a large meeting space that can be used for performances,” he said, “and that can help define the building as an arts center.”

The former Town Hall was built with large town meetings in mind; that was the primary mode of governance in Easthampton before it became a city in the mid-’90s. Subsequently, the second floor encompasses 4,500 square feet, which is almost entirely open, usable space, and includes a stage. Bundy said he’s currently working with Clark and Green Architecture of Great Barrington to redesign the performance area, as well as other areas within the building.

Easthampton’s mayor, Michael Tautznik, said the city must also address safety issues, such as the installation of an up-to-code sprinkler system, before the second floor can be utilized, but agreed with Bundy that the area could prove to be a primary driver for CitySpace.

“The effort is early and young,” he said, “but it seems as though the use of the upper Town Hall is going to be integral to the future of the project.”

Tautznik explained that the city will maintain ownership of the building, and expects to continue to foot its operating costs for three years, while CitySpace hones its business model and works to attract new tenants. Businesses will pay $10 per square foot for space on the first floor of the building, with 30% of that going to the city and the rest to the non-profit group.

“We’ve provided a window of time to give the organization an opportunity to establish itself and clearly define its mission,” said Tautznik, “and after that point we expect it to take over the operating costs of the building.”

The mayor said the cost to the city for heating, electricity, and other general maintenance will total about $30,000 to $35,000 for those three years.

Other steps are being taken to further defray costs, such as an agreement with T-Mobile to install a hidden cellular antenna in one of the building’s existing towers. In addition, the city is now seeking grant funding to install an elevator to gain access to the second floor as well as the Town Hall’s basement, where city records are still stored.

Tautznik said the city’s efforts are aimed at a collaborative reuse of the building, which will in turn benefit the city economically.

“We didn’t want to sell the building, and had been looking for an adaptive use that would benefit the community,” he said. “By capitalizing on the already-vibrant arts scene in town, I think we can achieve that, and the city fully intends to make the building more accessible.”

While much of that work is still in its early stages, the 3,600-square-foot first floor is already occupied, and a handful of future tenants are expected to move their operations to CitySpace this year.

Among those is the Flywheel Arts Collective, a non-profit arts and performance group that advocates for, and provides opportunities to, local musicians, poets, visual artists, and others.

“They’ve existed for about eight years, and just lost their space,” said Bundy, who expects the group to take up residence in the back portion of the first floor by this summer. That section of the building once housed the planning offices and, for a time, the Police Department.

“We felt good about them because they’re a membership organization that allows opportunities for professional advancement — things like apprenticeships.”

Flywheel and other groups — the Easthampton Cultural Council has expressed some interest — will join the building’s first tenant, Jean-Pierre Pasche, who owns Eastmont Custom Framing and the Elusie Gallery, and set up shop in the old Town Hall last October.

“Business has been very good,” said Pasche. “This is definitely a location in which I’d like to stay. It’s active, central, and the place looks great.

“I also think we serve our customers better,” he added. “The space fits my type of business, and people can see us work.”

Pasche said that as new organizations and businesses move in, the arts will remain a strong focus, and each tenant will complement one another.

“The arts sector really ties everything together,” he said. “We can have for-profit and non-profit businesses, and display or gallery space, which not only attracts new visitors, but serves the community, too.”

Strengthening those ties to the community has been one of Bundy’s primary goals for CitySpace, and as the project evolves, he said he too is seeing signs that the model, now closing in on its first year in existence, is beginning to work.

“We want the building to be defined as one that is used for the arts,” he said. “The time the city has given us is helping as we formulate and re-examine a thoughtful plan for the future, and that, in turn, will help us succeed.”

The days of raucous town meetings are over in Easthampton, but the place where democracy played itself out has a new life as a home for artists who are simply making different forms of expression.

After years of searching for a viable re-use of Town Hall, Easthampton’s leaders have apparently found one in CitySpace, said Bundy, noting that the first year in operation has provided large doses of optimism for the future.

And there are many people willing to second that motion. 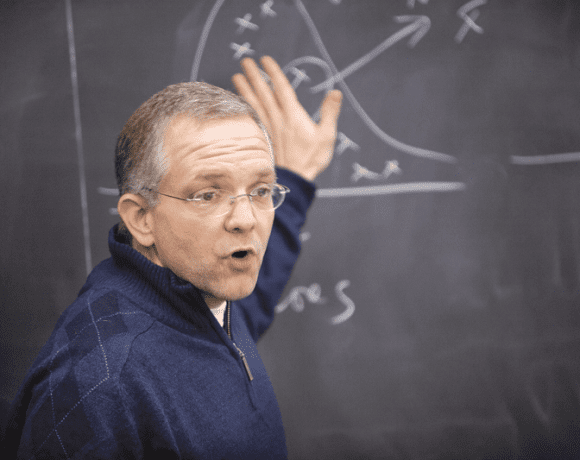 Learning From a Distance