Golf Retail Is Also Booming, Thanks to New Interest, Stimulus 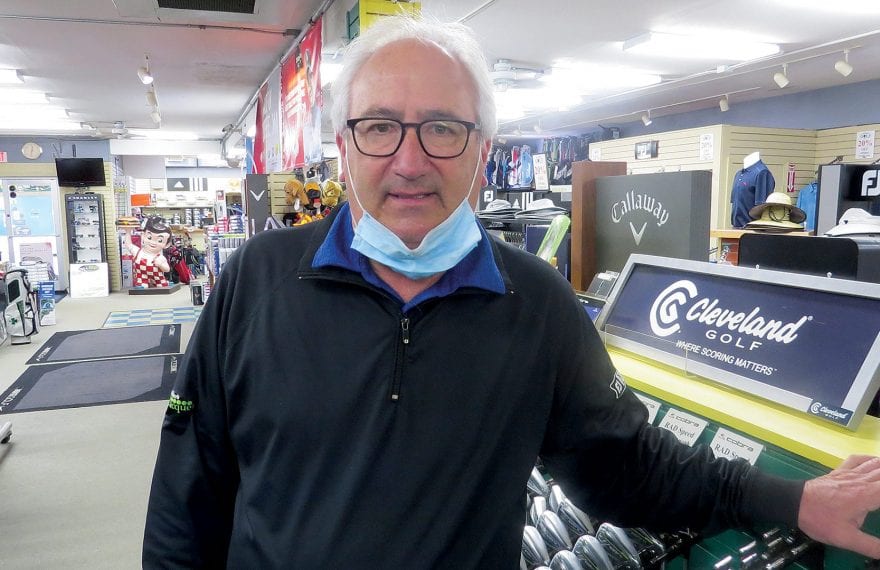 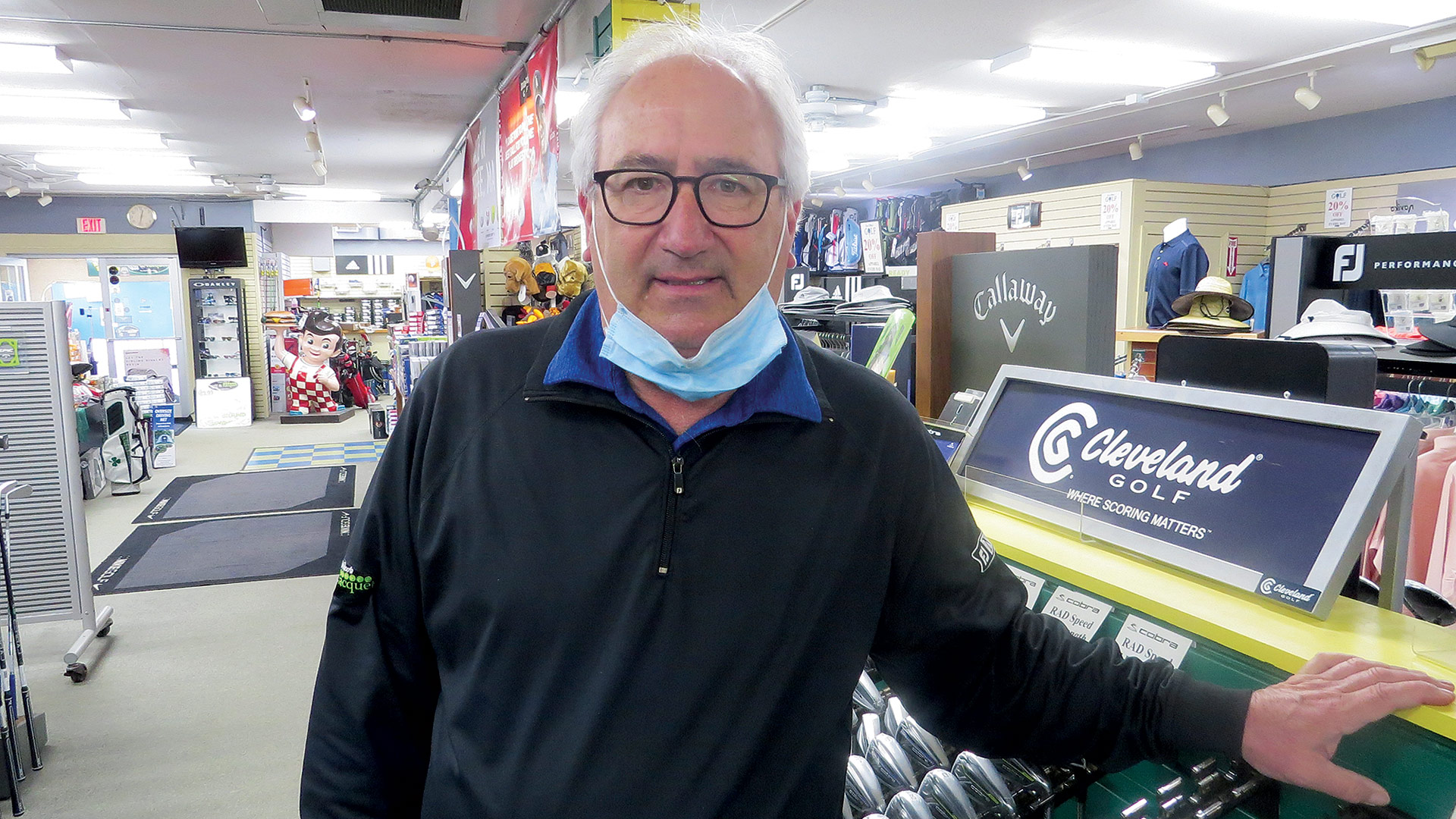 Dave DiRico says many people who discovered or rediscovered golf in 2020 are coming back to buy new equipment in 2021.

Dave DiRico says his shop is usually busy in late March and early April as golfers gear up for a new season.

This year, the look and feel have been different, and for many reasons. Golf got an unexpected and much-deserved boost last year when it became one of the few organized sports people could take part in. And it’s received another boost from the fact that Americans have been saving money as perhaps never before, and many of them have also been receiving stimulus checks from the government.

Add it all up, and March and April have been even busier than normal, said DiRico, owner of Dave DiRico’s Golf & Racquet, adding that, for now, he doesn’t see many signs of slowing down.

“We’re seeing it at all levels, all age groups, starting with the seniors,” he said. “They didn’t travel as much over the past year. They haven’t gone out to dinner; they didn’t go on their spring golf trip to Florida. And we’re seeing more of those people buying clubs — and that’s generally not our soft spot.”

That soft spot would be younger professionals and junior golfers, he went on, adding that these people are buying clubs, too, often with the help of the government.

Meanwhile, large numbers of people took up the game last year, or found it again after drifting away from it for whatever reason. Many of these people bought used equipment last year — so much that inventories dwindled significantly — and this year, they’re coming back for new clubs.

“Most of them are deciding to continue to play — they enjoyed it,” DiRico said. “And they’re trading in their used equipment for new stuff — because they intend to stay with it.”

The surge in play and its impact on the retail side of the game is reflected in the numbers. In the third quarter of 2020, for example, retail sales of golf equipment exceeded $1 billion for the first time ever for that period, according to Golf Datatech, an industry research firm. Meanwhile, Callaway Golf Co., which manufactures golf balls in Chicopee, reported a 20% surge in sales in the fourth quarter of 2020.

The problem some players are encountering, though, is limited inventories of new equipment. Indeed, the golf manufacturers, like those who make cars and countless other products, are experiencing supply-chain issues and difficulties getting the materials they need. This has led to sometimes lengthy waits for ordered clubs to be delivered.

“There’s such an increased demand with new golfers across the country that they’re all running out of equipment,” he explained. “They can only manufacture so much, and the demand is far more then they projected. Some companies can’t get shafts, others can’t get grips — you can’t make a golf club unless you have all the components.

“We have a few companies that are great — they’ve managed to stay ahead of this, and they’re doing very well,” he went on. “But then, we have some other companies … you have to wait 15 weeks to get a set of irons.”

Doing some quick math, DiRico said this will translate into delivery sometime in June, far longer than golfers anxious to get their hands on new irons or a new driver want to wait.

But, overall, this would have to be considered a good problem to have — if such things actually exist in business.

Only a few years ago, the golf industry was in a sharp decline, with membership down at most clubs, tee times readily available at public facilities, and racks full of new equipment for which there wasn’t strong demand. Things have changed in a hurry, and DiRico and others hope most of these trends — not the current supply-and-demand issues, certainly — have some permanence to them. 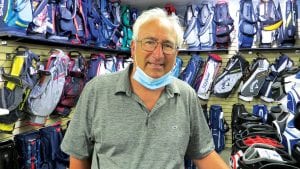 BusinessWest Editor George O’Brien talks with Dave DiRico, owner of Dave DiRico’s Golf & Racquet. The two have a lively discussion about everything from the state of the golf business in the wake of the pandemic — the sport has actually received a big boost from COVID — to how the federal government’s various economic stimulus programs are helping small businesses — like his — by giving people more buying power. It’s must listening, so join us on BusinessTalk, a podcast presented by BusinessWest in partnership with Living Local.