Easy Company Brewing (ECB) is a veteran-owned business that is committed to donating 100% of its profits to veterans, first responders, and their families. The name and its mission are inspired by the men of Easy Company from WW II, made famous by the book and mini-series Band of Brothers.

Following in the footsteps of the men of Easy, ECB is committed to brewing drinkable European style beers with “a little bit of American boldness and edge,” while honoring the men and women who serve or have served our country. All of ECB after-tax profits, will be donated through its companion foundation to a number of charities that do work on behalf our nation’s heroes.

Founders Jeff St. Jean and John DeVoie served together in the Air National Guard, and have teamed up to create this new beer brand in the City of Homes. St. Jean is still serving, and DeVoie is one of the co-founders of Hot Table, a Springfield based fast casual restaurant company.

ECB beers are currently contract brewed locally in Western Mass., but DeVeVoie and St. Jean hope to build a brewery and tap room in Springfield at some point.

The ECB launch party will happen Thursday, 5-8 p.m. at the Student Prince & Fort, 8 Fort Street, Springfield, MA. Their beers are currently available for sale at Table & Vine in West Springfield. Other retailers will follow this summer.

It’s been a long, very painful year for all those who love the Student Prince and the Fort restaurant in Springfield. 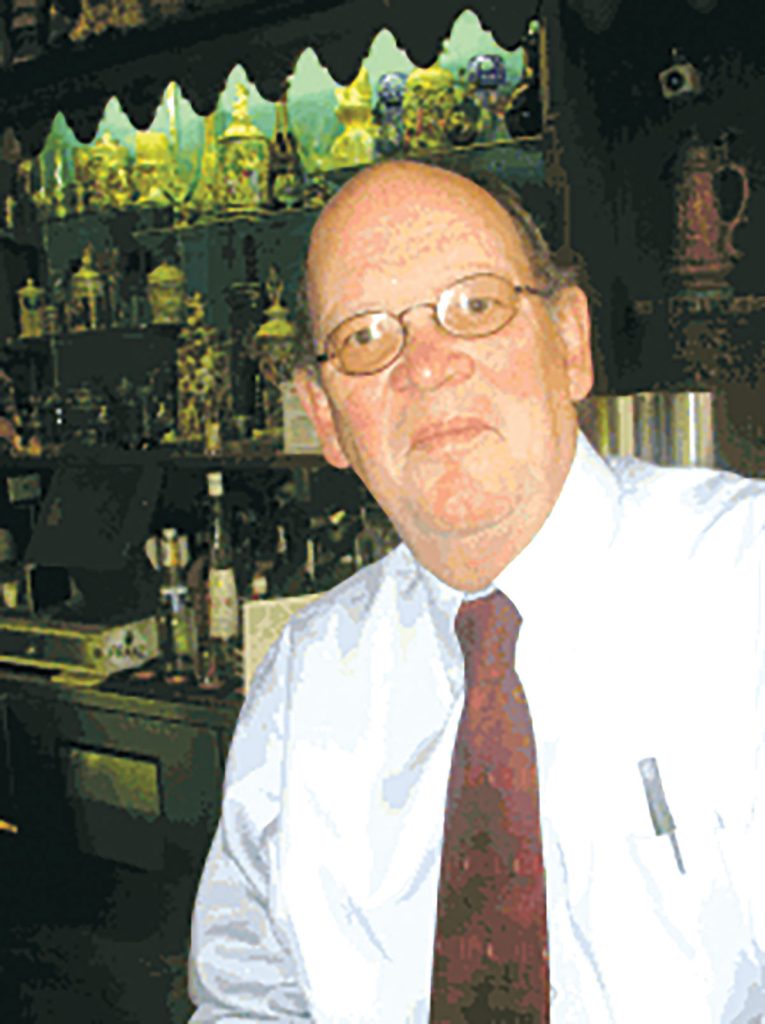 First, Andy Yee, who acquired the landmark along with several other investors in 2014, passed away in late May after a lengthy battle with cancer. Then late last month, Rudi Scherff, who was owner and host at the establishment for decades, died after his own lengthy battle against the disease.

If Yee will be remembered as one of those who saved the Fort, as it was known, amid trying financial times nearly a decade ago, Scherff will always be remembered as the face of the restaurant. Only, it was more than a restaurant. Much, much more. It was a gathering place, not only for workers downtown, but residents of communities across the region. It was a place to celebrate milestones — birthdays, wedding anniversaries, family reunions — and especially holidays. Spending part of the Wednesday afternoon before Thanksgiving at the Fort was a tradition. It was the same on Christmas Eve, and all through the holiday season

And Rudi — he was one of those people who needed only a first name — was a huge part of it.

He set the tone. He created the atmosphere. And he gave every single person he touched a story to tell. Usually, many of them. He was a pretty good businessman, but he was a much better ambassador for Springfield and its downtown, always advocating for the city and acting as a cheerleader when one was needed.

His family ran the restaurant, but he was synonymous with it, becoming an almost larger-than-life figure in the process. And while he sold the restaurant to Yee, Picknelly, and other partners in 2014, he remained a fixture there, right up until last week, when he returned to the Fort to lead others in a final singing of “Silent Night.”

There’s an oil painting of Rudi hanging in the restaurant’s Heidelberg Room, and the bar area is now named after him. We have those things to remember him by. But really, we don’t need them.

We have the stories. We have the memories. And that’s more than enough.

He will certainly be missed.

The Fort Carolers to Entertain Holiday Revelers Nightly Through Dec. 24

SPRINGFIELD — The famous Fort Carolers have returned to the Student Prince and the Fort Restaurant, where Christmas caroling will take place every night in the dining area through Christmas Eve.

For more than eight decades, Christmas caroling has been part of the holiday festivities at 8 Fort St. For many families, friends, and companies, it has become an annual tradition to visit the Student Prince and the Fort this time of year to hear the Fort Carolers sing the classics while enjoying the restaurant’s authentic German and American fare, along with lots of good cheer. This year they are back with ‘snow’ bubbles and lights.

“Our Fort Carolers truly put everyone in a festive mood,” Manager John Perry said. “Our team goes all out to create a joyous atmosphere with sparkling lights, festive decorations, paired Fort favorite entrees, and drinks. It’s the perfect setting whether you’re celebrating an old family tradition, starting a new tradition, or joining us for your company holiday party.”

SPRINGFIELD — You can take the fair away from the community, but you can’t take the community away from the fare. Throughout the month of September, the Student Prince and the Fort will serve ‘Fort fair food’ for lunch and dinner outdoors under its Fort Street big top. The menu will be similar to the Wurst Haus at the Big E, but served in a different location, and there’s live music every Tuesday through Saturday throughout September.

“We wanted to come up with a creative way to bring our delicious fair foods to our patrons who are missing them during the month of September,” Managing Partner Andy Yee said. “We decided to serve our delicious Wurst Haus menu on Fort Street for all those craving a taste of big fair food.”