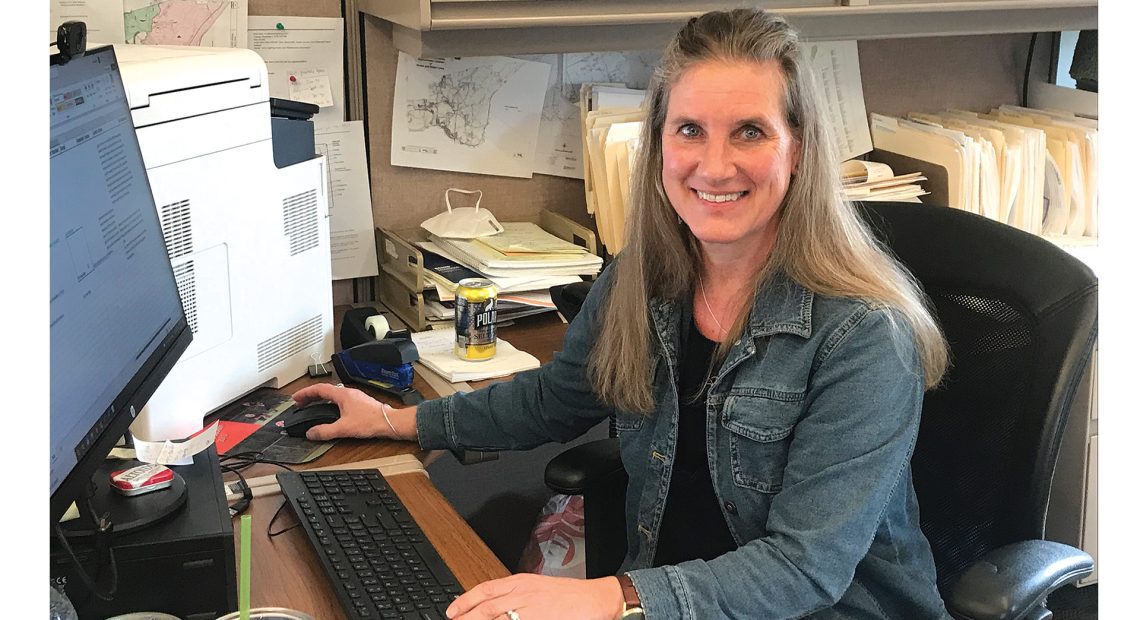 There’s a Developing Story in Palmer 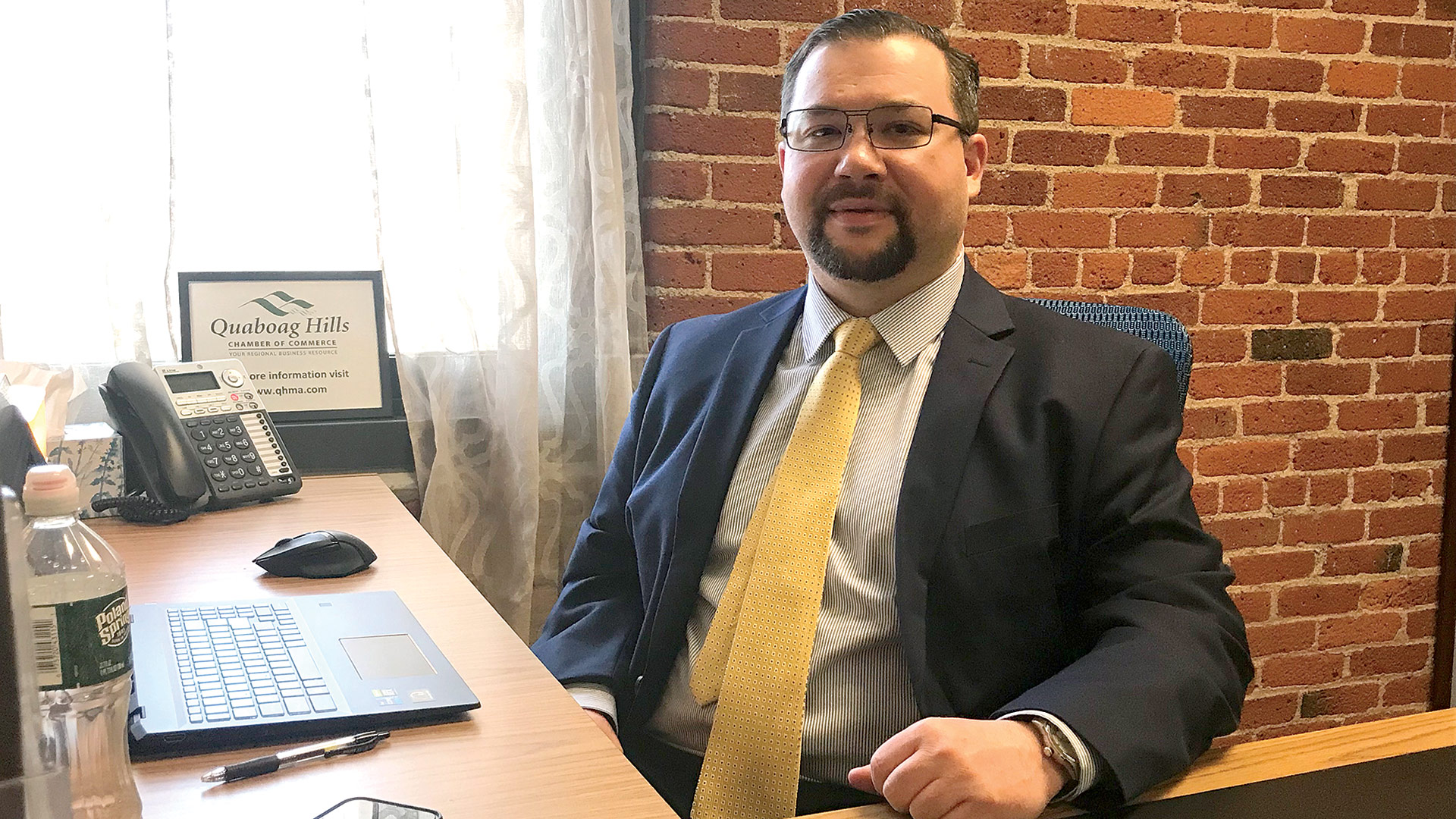 Three years ago, when Ryan McNutt took the job as Palmer’s town manager, he observed that, when people entered town from Mass Pike exit 8 (now exit 63), they encountered a Big Y World Class Market, a McDonald’s, a couple of other businesses, and lots of empty parcels all around them on Thorndike Street.

“You don’t typically see this near a turnpike exit; it’s usually built out with commercial real estate,” he said, adding that town residents — and those passing through — may soon see the landscape change in a meaningful way.

Indeed, McNutt has been working with other town officials and with landowners to take advantage of the considerable opportunities these empty lots present.

“The landowners have met with several national chains, and I can now share that one of the projects will be a Starbucks coffee shop,” he said.

Linda Leduc, the town planner and Economic Development director, is working on finding a retail tenant and a sit-down restaurant to join the planned Starbucks. She said turning these chronically vacant sites on Thorndike Street into vital businesses gives a big boost to Palmer residents.

“Just seeing the cleanup happen on two of the lots we’re developing is getting people excited,” she added.

Far from a scattershot approach, these commercial developments are part of a master plan the town compiled and published at the end of 2020. McNutt said this is the first master plan for Palmer since 1975.

“We had an amazing amount of public input on the plan,” he noted. “When you put the meetings on Zoom, more people show up.”

The plan addresses commercial, residential, and protected open space in Palmer. McNutt said it helps prioritize the “low-hanging fruit” where the town should put its energy now, as well as projects that can be done later. The master plan lists 20 underdeveloped sites in Palmer, 12 of which are in the process of being developed or close to that point.

“Instead of getting off the pike and just driving through, there are going to be lots of opportunities for people to stop and spend money in Palmer,” Leduc said.

One significant potential development area is known as ‘the hill.’

As drivers exit from the turnpike, they are immediately confronted by a large hill at the end of the exit ramp. On top of the hill are nearly 100 acres of land available for development. The hill was once the proposed site for a casino until voters in Palmer rejected those plans. Recently, the Town Council approved a zone change that made an adjacent 78-acre parcel available for business use and further incentivize a large-scale project for the land.

“We’ve always seen interest in development of the hill,” said McNutt, adding that there is optimism that interest may soon turn into progress and some recognized needs met.

“With the tourism guide, we’re hoping to entice some of the folks who go to Brimfield to check out antique shops, vintage shops, and other boutique retailers in Palmer. The idea is to create a trail, similar to brewery trails.”

One priority residents have shared with him involves bringing another supermarket to Palmer. Big Y has been a stalwart in town for many years and has contributed to various community efforts.

“Big Y is a great company, and they are a great partner, but residents would like to have some other options,” McNutt said. “It’s what I’m hearing the most from people in Palmer.”

Closer to downtown, a recent zone change to the former Converse Middle School has drawn both interest and concern. Andrew Surprise, CEO of the Quaboag Hills Chamber of Commerce, said the more business-friendly zone change has drawn interest from a company that would convert the school to an Esports Arena, where video-game players of all levels could compete against others.

“In the New England area, there’s really nothing like this,” said Surprise. “There are some at colleges like UMass Amherst, but those are geared to students on campus rather than the general public.”

The Esports Arena is one of several ideas to bring family-friendly attractions to Palmer. According to Surprise, the town has looked into a water park, a trampoline park, and other attractions. 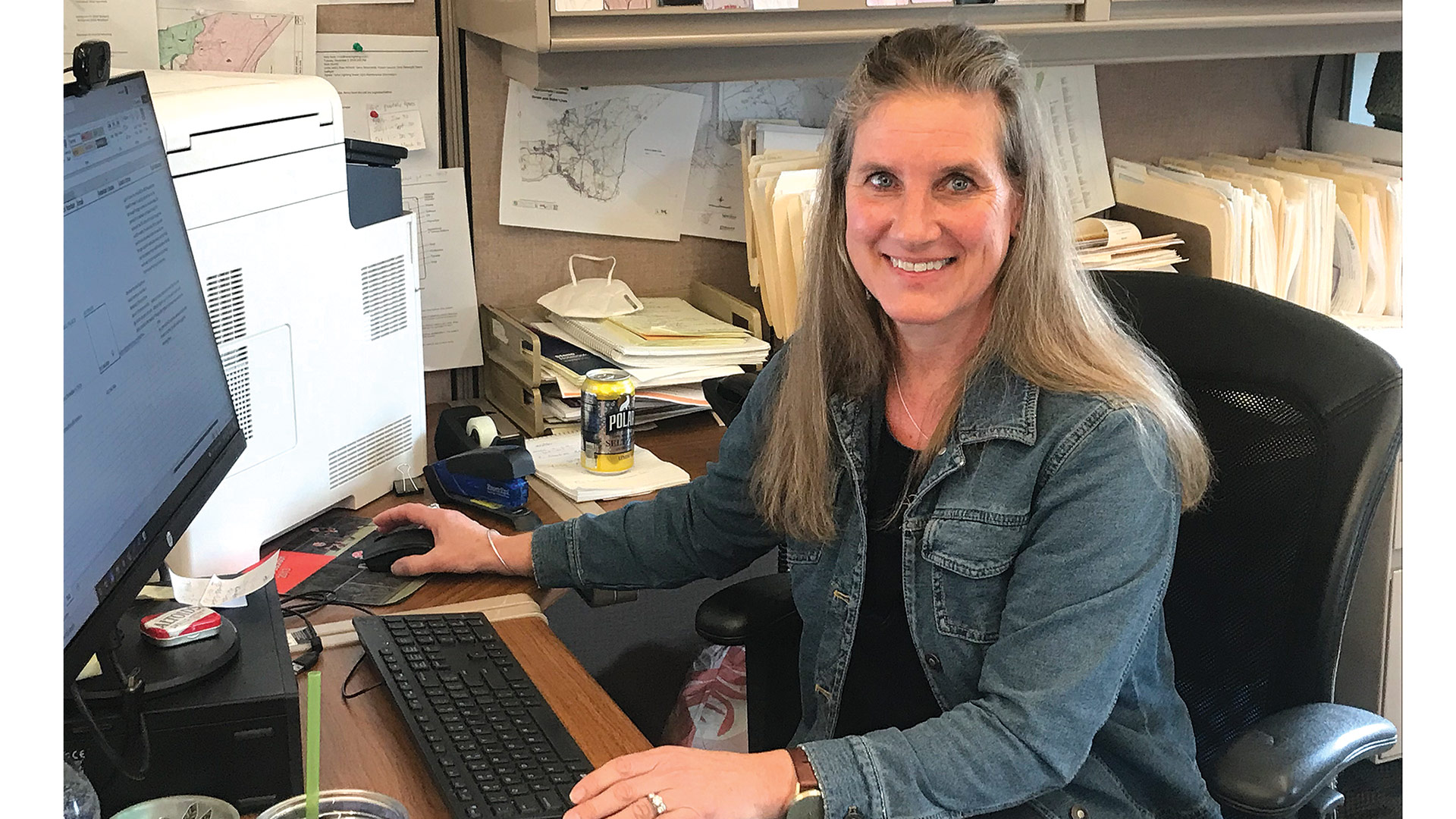 “I believe the town will do a feasibility study at some point for the Esports idea as there’s still much to do to make sure the residents approve of it or any other proposed use,” he said.

Through a MassDevelopment program know as the Transformative Development Initiative, Surprise is working on other ways to attract businesses to Palmer. The Vacant Downtown Storefront Program is one that may have some promise for the downtown area. “It provides grant funding for a business to renovate a storefront if they plan to open there,” he explained.

Meanwhile, as interest in more retail grows, another aspect of the town’s economy, tourism and hospitality, is poised for a resurgence after two long years of the pandemic.

Indeed, for the past two years, Surprise has held off publishing the chamber’s tourism guide and visitors directory. The pandemic led to frequent changes and cancellations to event schedules, making publishing the guide seem futile.

Businesses are now contacting Surprise because they want to get their names and events out to the public once again. The new guide is scheduled to be complete by early May and available to the crowds attending the Brimfield Antique Flea Market in mid-May.

“With the tourism guide, we’re hoping to entice some of the folks who go to Brimfield to check out antique shops, vintage shops, and other boutique retailers in Palmer,” he said. “The idea is to create a trail, similar to brewery trails.”

Speaking of breweries, Surprise said Palmer and other towns in the chamber are looking to host a brewery in their community.

“Even though there are lots of breweries in the general area, we have our eyes open for anyone who wants to open a brewery to see if we can help them with any incentives,” he noted.

Bridges to the Future

To make Palmer more economically viable, the master plan suggests ensuring proper infrastructure is in place. Two main bridges in town, located on Church Street and Main Street, are both in need of replacing. MassDOT closed the Church Street Bridge in 2019 while the Main Street bridge had minor repairs which will keep it safe for vehicular traffic. The town will soon erect a truss bridge to use while a new Church Street bridge is built.

“The state said it will use some of their infrastructure funding to fully replace the Church Street bridge, but that could take up to five years,” McNutt said. “The truss bridge allows us to keep the bridge open to traffic.”

With passage of the federal infrastructure bill, McNutt remains optimistic about the proposed east-west rail proposal across Massachusetts. Currently, the state has three alternative configurations for the rail project, with a stop in Palmer included in all three. McNutt said he’s hopeful that remains the case and looks forward to talking with the state once it is ready to proceed.

“Obviously, this would be transformative for Palmer,” he said, adding that a rail stop will serve to make the town an even more attractive option for new retail and hospitality-related businesses.

Nearly two-thirds of housing in Palmer consists of single-family homes, higher than the state and county averages of just below 60%. McNutt said town leaders are working to attract more permanent housing development for the community.

To that end, work will soon begin on a 200-cottage development at Forest Lake. The plan calls for seasonal cottages that will have water and sewer services. McNutt estimates that, when complete, the cottages will add nearly $800,000 to the tax base in Palmer.

On the other side of Forest Lake, the Massachusetts Department of Fish and Game plans to build a new boat launch, parking lot, and ADA-accessible fishing pier so people of all abilities can enjoy the water. McNutt estimates the state project and the cottages are about two years away from completion.

“I feel like we’re finally getting to the point where Palmer is going to see lots of great things happening that residents and visitors will be able to enjoy,” Leduc said.

Everywhere he goes in town, McNutt carries a copy of the economic-development chapter of the master plan.

“This way, when someone has a question about what we’re doing, I can show them in the plan how we want to create destination locations for them and for folks who have never been here,” he said.

With the proposed east-west rail and a lower cost of living compared to Eastern Mass., McNutt believes Palmer has the right location at the right time, and can take a meaningful step forward in terms of growth and prosperity.