Should Young Teens Be Active in Social Media?

In a nation where the vast majority of adults have a social-media presence, it’s not surprising that kids are clamoring to get in on the fun. But for teenagers, and especially the middle-school set, social media comes with its own set of additional traps, often magnifying and broadcasting incidents of peer pressure and bullying. There’s no real consensus on when kids should be allowed to use these ubiquitous tools, but experts agree that parents need to be involved in that decision — and well beyond.

Technology moves quickly, Dr. Bruce Waslick said. And young people are much better at keeping up with it than their parents.

Perhaps the most significant technological shift over the past decade — a seismic cultural shift, really — is the technology that almost 80% of all Americans are carrying in their pockets and purses: the smartphone.

nd make no mistake — it’s a tool that teens and tweens crave, particularly for access to the very public online realm of social media. But should they have that access? It’s a question doctors, parents, and tech experts have been grappling with for years, and still one without a definitive answer.

“So many kids now have access to smartphones and social media, and part of it can be great,” Waslick told BusinessWest. “People get connected to all kinds of information, and social media can be positive, helping kids communicate with each other and make relationships.

“The hard part is, kids are just so young, and they don’t know a lot about the world at that point, and they’re getting involved in very complex kinds of social-media functions they may not fully understand,” he went on, citing pitfalls from magnified self-image issues to cyberbullying. Online predators are another real concern, he said, because of the ease with which they can insinuate themselves into kids’ lives.

“In the old days, friends introduced you to friends, and vouched for them. Now, with a couple clicks, people get connected to people all over the country, and the world, with little filtering or regard for what they actually know about the people they’re connecting with.”

Melanie Hempe, a registered nurse and founder of Families Managing Media, a site that explores the hazards young people face in the online world, told Psychology Today that teenagers and pre-teens have a way of wearing their parents down with their desire to fit in to the Internet culture.

“Maybe because we’re exhausted from their constant begging for a phone, or because we think that all their friends have one, or because we want to upgrade ours to the latest model … we cave. We act on impulse. Our brain seems to regress like theirs, and we give them our old smartphone,” she explained. “And with that one little decision comes the world of social-media access — something we haven’t thought about and something none of us is prepared for.”

And she believes it’s a bad decision to give in, particularly before the high-school years. “Because the midbrain is reorganizing itself and risk-taking is high and impulse control is low, I can’t imagine a worse time in a child’s life to have access to social media than middle school.”

Specifically, she said, a tween’s underdeveloped frontal cortex can’t manage the distraction and temptations that come with social-media use. For example, “a tween’s ‘more is better’ mentality is a dangerous match for social media. Do they really have 1,456 friends? Do they really need to be on it nine hours a day? Social media allows — and encourages — them to overdo their friend connections like they tend to overdo other things in their lives.” 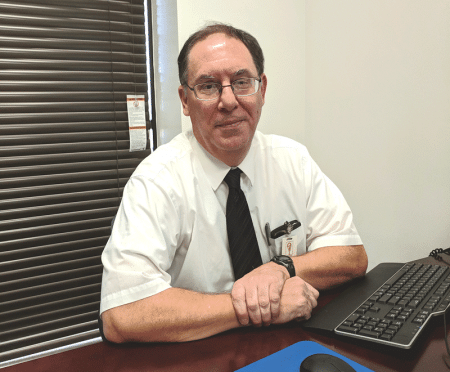 It’s a legitimate concern, said Dr. Yolanda Chassiakos, who serves on the executive committee of the American Academy of Pediatrics’ Council on Communications and Media. She cited a 2016 study showing that three-quarters of teenagers own a smartphone — close to the national average — and 24% of all adolescents report feeling “addicted” to their phone.

“Even parents young enough to be ‘digital natives’ themselves are worried about how to guide their children in this new digital media world and ensure the risks of media use and overuse are avoided,” she wrote, adding that increased sedentary media use usually corresponds to decreased sleep and a greater risk of obesity — as well as the psychological dangers Waslick and others have cited.

“Excessive media use has been associated with challenges such as isolation, victimization, depression, and Internet addiction,” she went on. “Unmonitored media use can leave children and teens vulnerable to online predators or allow them to make unwise decisions such as sharing inappropriate texts, videos, or photos.”

In other words, it’s a minefield. Just like the middle-school years themselves.

Not All Bad News

Waslick was quick to note the ways in which social media can exacerbate the social hazards tweens and teens already face.

“There’s a lot of peer pressure, as well as contacts with people posting inappropriate things online, disclosing personal details, getting into fights, a certain amount of cyberbullying,” he said.

The public nature of social media can take typical embarrassments and more serious incidents like bullying and magnify them, he added. “Sometimes, kids think when they type something, it’s like texting to somebody, but it’s being read by so many people. And one-on-one bullying is horrible enough, but bullying in front of large groups of people at the same time can be worse.”

However, not everyone who studies this issue comes to the same conclusions. Caroline Knorr is the Parenting editor of Common Sense Media, a website that exists to give parents a window into popular media in order to make good decisions for their kids. And she’s not convinced that online networking is the minefield some make it out to be.

“Yes, the risks of social media are real,” she said. “But new research is shedding light on the good things that can happen when kids connect, share, and learn online. As a parent, you can help nurture the positive aspects by accepting how important social media is for kids and helping them find ways for it to add real value to their lives.”

She identified a few ways in which social media can be a positive force, such as strengthening friendships, offering a sense of belonging, providing genuine support, and helping young people express themselves.

“Online acceptance — whether a kid is interested in an unusual subject that isn’t considered ‘cool’ or is grappling with sexual identity — can validate a marginalized kid,” she explained. “Suicidal teens can even get immediate access to quality support online. One example occurred on a Minecraft forum on Reddit when an entire online community used voice-conferencing software to talk a teen out of his decision to commit suicide.”

One other positive is the ability to do good, Knorr said. “Twitter, Facebook, and other large social networks expose kids to important issues and people from all over the world. Kids realize they have a voice they didn’t have before and are doing everything from crowdfunding for people in need to anonymously tweeting positive thoughts.”

One example of positive action using social media is an anti-bullying movement initially launched in Western Mass. that has spread across all 50 states and to more than 50 countries, with celebrities getting into the act. The core of the campaign is using the ubiquitous ‘selfie’ to spread an anti-bullying message on social-media platforms.

“The social-media effort was started by the kids of Unify,” said Edward Zemba, president of Unify Against Bullying, an organization based in East Longmeadow. “It was their way of bringing awareness to the silence of bullying. As parents, we all know that this issue is difficult enough to address when we talk about it. However, when children are left alone to deal with it in silence, things can get far worse.”

In January, the kids of Unify set a goal. By the end of the year, they wanted to have 50 celebrities participate in their selfie challenge. “Bullying is about trying to look cool,” said Zemba’s 14-year-old daughter, Julianna, one of the organization’s founders. “If celebrities send a message that bullying isn’t OK to kids, they’ll listen differently than if it’s from their parents, or even friends.”

With well-known figures such as Chris Evans, Zach Braff, and actors from series such as The Walking Dead, Game of Thrones, and Stranger Things participating, they are well on their way. Even athletes from NASCAR, the WWE, the Boston Bruins, the WNBA, and New England Patriots cheerleaders have posted selfies.

Chassiakos agrees that new media can provide a host of benefits and opportunities to grow in a positive way. “Because these platforms are interactive, children and teens can use them to learn, connect, and communicate with family and friends, and engage in creative activities. The key is moderation and balance; media use should not replace or displace other activities that promote healthy development and wellness.”

Unfortunately, Waslick said, there really is no hard-and-fast age when kids are ready to dive into social media.

“There may be kids who can appropriately use social media at an earlier age, although I don’t recommend that,” he told BusinessWest. “Others may be more fragile and shouldn’t be exposed to social media until they’re older, more mature, and able to handle certain things. I think parents should weigh this on an individual basis and then monitor how it’s going.”

That often includes insisting being a part of the teen’s social-media network — a Facebook friend, for example — even though they may not be crazy about the idea.

“Parents can be valuable ‘media mentors,’ guiding older children and teens on practicing online citizenship and safety, treating others with respect, avoiding cyberbullying and sexting, being wary of online solicitation, and avoiding communications that can compromise personal privacy and safety,” Chassiakos noted. “Parents also should be good role models by balancing their own media use with other activities.”

After all, Waslick said, even the best-intentioned kids end up with bad experiences online — not just bullying, but situations as simple as finding out about a party they weren’t invited to, or seeing a romantic interest cozy up to someone else online.

“These are normal things that happen during the middle-school years, but on social media, it plays out differently — more publicly,” he said. “While it’s an individual, case-by-case thing, parents should have a say in whether their kids are ready for it, and whether they understand what they’re getting involved in.”

He compared parental guidance in social media like learning how to drive. “That’s what a learning permit is for, so parents can supervise them while they learn to drive. I think getting involved in social media is like that; parental supervision is a good idea.”

Hempe insists that social media is an entertainment technology that doesn’t help kids raise their intelligence, develop socially in a healthy way, or prepare them for real life or a future job. She also feels it replaces learning the ‘work’ of dealing face-to-face with their peers, and often frays connections with family and real-world friends.

If they must partake, she suggests a few tips, including delaying access, following their kids’ accounts, allowing computer use only on large screens in the home, setting time limits for use, and planning non-tech family time together — in other words, replacing the screen with something positive and healthy.

“Don’t give that smartphone all the power in your home,” she said. “Help tweens choose healthier forms of entertainment. They have the rest of their life to be entertained by social media, but only a limited time with you.”

That’s advice few parents would argue against — no matter how much they trust their kids.