AHL Hockey Could Return to Springfield

SPRINGFIELD — Less than a month after losing the Falcons to Tucson, Ariz., hockey could be returning to Springfield for the 2016-17 season. According to Portland, Maine-based WCSH, the Portland Pirates, the American Hockey League affiliate of the Florida Panthers, has been sold to a new ownership group that intends to relocate the team in Springfield. According to a statement released yesterday by the team, “the Portland Pirates have announced that a letter of intent has been signed with an outsider buyer to purchase and relocate the AHL franchise to a new city. The details of the agreement were not disclosed, and final sale is pending approval of the AHL board of governors and the Florida Panthers. All previously purchased season tickets for the 2016-17 season will be refunded.” Portland Mayor Ethan Strimling told WCSH that losing the team “will have a terrible impact on the local economy.” The Springfield Falcons were purchased by their National Hockey League affiliate, the Arizona Coyotes, in April. The club intends to move the Falcons to Tucson in time for the 2016-17 season, and will refund all advance tickets sold to Springfield fans for that season. Portland has been the host city to a minor-league hockey team for almost 40 years, dating back to the Maine Mariners, WCSH said. The Mariners left in 1992, and after a one-year gap, the Pirates arrived in 1993.

HADLEY — Massachusetts real gross domestic product grew at an annual rate of 2.3% in the first quarter of 2016, according to the Current Economic Index released this week by MassBenchmarks, the journal of the Massachusetts economy published by the UMass Donahue Institute in collaboration with the Federal Reserve Bank of Boston. In contrast, according to the U.S. Department of Commerce, national real gross domestic product grew at an annual rate of 0.5% during the same period. Recently revised data now reveal that, in 2015, the state’s economy expanded at an annual rate of 1.4% in the fourth quarter (1.4% for the U.S.), 2.0% in the third quarter (2.0%), 4.9% in the second quarter (3.9%), and 2.0% in the first quarter (0.6%). The pace of economic growth in Massachusetts picked up in the first three months of 2016 after slowing in the second half of 2015. Although underlying indicators were mixed, both employment and earnings recorded strong growth, and the unemployment rate fell. Payroll employment grew at a 2.0% annual rate in the first quarter, up from 0.7% in the prior quarter. Wage and salary income, as estimated from state withholding tax revenue, expanded 5.6% in the first quarter, after falling 7.0% in the final three months of last year. The state’s headline unemployment rate — the so-called U-3 measure — stood at 4.4% in March, down from 4.9% in December, and down from 5.1% in March 2015. The U.S. unemployment rate in March was 5.0%, the same as in December, and down from 5.5% in March of last year. The unemployment rate in Massachusetts is now lower than its pre-recession low of 4.6% in 2007. But this overall strong performance continues to mask troubling imbalances in the labor market. The broader U-6 measure of unemployment, which includes those who are working part-time but want full-time work, as well as those who are marginally attached to the labor force, is still significantly above pre-recession levels. It inched down to 9.3% in March from 9.5% in December and 9.8% in March 2015. The U.S. rate in March was 9.8%, down from 9.9% in December and 10.9% in March 2015. Prior to the recession in 2007, the U-6 reached lows of 7.1% in Massachusetts and 8.0% in the U.S. “Spending on items subject to the state regular sales tax declined by 6.3% in the first quarter, in stark contrast to the very strong growth of 9.5% experienced in the fourth quarter of 2015. Year over year, spending is up 3.5%,” noted Alan Clayton-Matthews, MassBenchmarks senior contributing editor and associate professor of Economics and Public Policy at Northeastern University. “Most of the drop this quarter was due to spending on automobiles, which slowed after expanding strongly at the end of 2015, and also to weak spending on other taxable sales items in February.” The Mass. Department of Revenue recorded weaker bonus payouts in February, tied to stock-market performance and corporate profits. Market fear tends to dampen business confidence and investment, and a prolonged market downturn may restrain consumer spending as well. The MassBenchmarks Leading Economic Index suggests the state economy will continue to grow at a moderate pace over the next six months, at a 3.1% rate in the second quarter, and a 2.5% rate in the third quarter of this year. The factors weighing on the state and national economic outlook have changed little from last quarter. One factor is the tightening labor market. As there are fewer unemployed workers and as more Baby Boomers retire, it is becoming more difficult for employers to find the workers they need. This is reflected in historically low levels of initial unemployment claims, a sign that employers are reacting to the tightening labor market by holding on to the workers they have. Another factor is slower worldwide economic growth as China’s rapid pace of economic growth has decelerated, Japan’s economy is stalled, and Europe remains sluggish. A third is turmoil in financial markets. Although volatility in stock markets in reaction to falling commodity prices has calmed, there are remaining downside risk factors related to the fallout of weak global demand on corporate profits. 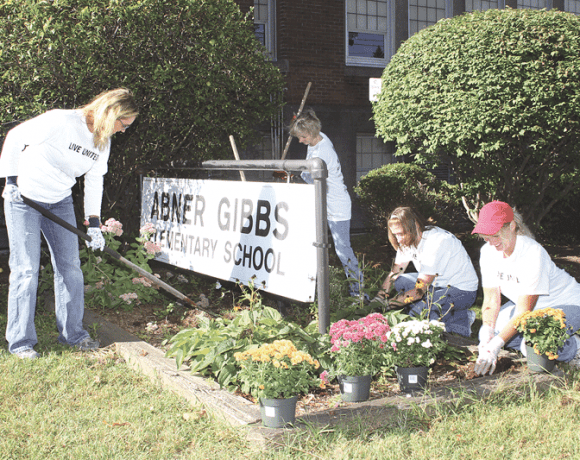