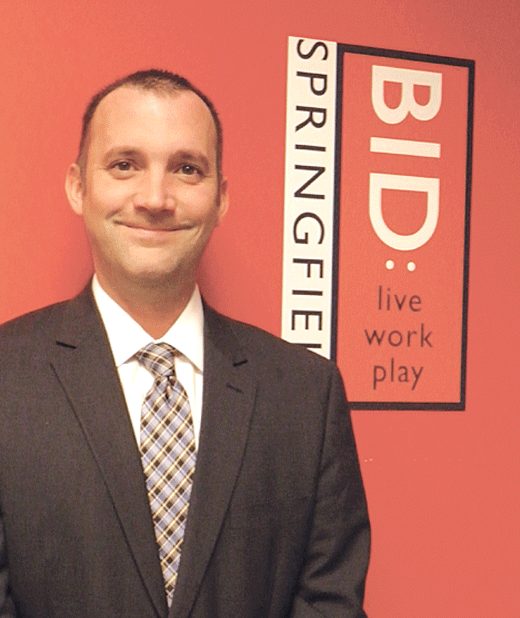 Don Courtemanche lives in downtown Springfield. He walks to work and takes advantage of the cultural events, eateries, and other offerings readily available to him in the area.

“I think of downtown as a neighborhood. It’s a place where I want to live, stay, and raise my family,” said the executive director of the Springfield Business Improvement District, or BID, adding that he can walk to 40 restaurants from his home on Maple Street, which is not technically within the boundaries of the BID, but certainly impacted by the organization’s efforts.

BID board member Evan Plotkin says the ultimate goal of the organization is to make the downtown vibrant and culturally important to the region so it will attract new residents and businesses. “We want to see a return of the middle class and others who have left or abandoned the city,” said the president of NAI Plotkin on Taylor Street in Springfield, in the heart of the BID. “If you create a vibe that improves the perception of what downtown is, you will start to attract new retail businesses, restaurants, and a segment of the population that could move into apartments there.”

The boundaries of the 26-block BID stretch from the Connecticut River to Chestnut Street, and from Bliss Street to the railroad tracks. Union Station, which is undergoing renovation, is the northern bookend of the district. And although some people shy away from downtown because they think it’s unsafe, Cortemanche says that’s a false perception.

“People who are not familiar with the area tend to be skeptical in terms of its public safety,” he told BusinessWest.  “But if you look at the statistics, the BID is the safest neighborhood in the entire city in terms of crime.”

The problem, he went on, is that, “since downtown is the face of the city, whenever anything bad happens, people associate it with Main Street.” For example, when the tornado hit, people watched it cross the southern part of the downtown area on their TV screens because that is where the weather cameras are situated. “As a result, business in the BID plummeted, not because the buildings there were destroyed, but because people assumed the streets were impassable since the media reported the news from the downtown area. The general consumer doesn’t know where the BID begins and ends.”

Plotkin agrees. “A lot happens downtown that is blown out of proportion,” he said.

Still, in spite of economic woes that have hurt urban centers across the country, the BID has held its own in recent years. Its focus now is to continue to collaborate with groups that stage cultural events, bring more people downtown, and, most importantly, take measures to make people feel safe when they visit the district.

This is going to become easier thanks to a recent change in the state’s BID statute, which was passed in July by the Legislature as part of a jobs bill. It no longer allows commercial properties to opt out of membership or paying a fee to an established BID, which they were able to do in the past, even though they benefited from services.

Those services range from keeping the area clean to upgrading streetscapes; from undertaking capital improvements to assigning representatives to act as ambassadors during conventions to help direct tourists and serve as extra security on the street, along with helping to beautify the area and promoting attractions and events.

Courtemanche said Springfield’s BID, like others across the state, suffered when property owners opted out of the organization. “It became incumbent on us to do more and more with less and less,” he explained.

But, thanks to the new law, there will be more revenue with which to work. “The statute allowed property owners to reaffirm their faith in the BID,” Courtemanche said, adding that it has a 98% approval rating from its members. “We have had meetings with our members who had opted out to see what they want, and their number-one priority is clean and safe streets.”

To that end, the BID has purchased new cleaning equipment, which includes an additional street sweeper, and has also established two new lighting initiatives. One is the installation of LED lights in existing fixtures owned by Western Mass Electric Co., which will double the amount of illumination and reduce energy use by 25%.

The second is a pilot program that began in January on Worthington Street that allows property owners to install new light fixtures on their buildings, with the BID picking up 75% of the cost. “It contributes to the perception of public safety and will have a huge effect because it will light up the beautiful architecture we have downtown after dark,” Courtemanche said.

Keith Weppler, who co-owns Theodore’s Booze Blues & BBQ on Worthington Street with Keith Makarowski, said they chose to have the energy-efficient lights installed. “They really light up the whole building,” said Weppler, who is another BID board member.

He cited other benefits the organization provides. “I see how dirty the streets are early in the morning after a weekend and what a difference it makes after the BID’s cleaning crew comes by. I really appreciate it, and although belonging to the BID doesn’t directly affect my business, it helps the city. Their communication with the police department as well as their work with other businesses is part of the synergy that creates a positive downtown.”

He has also taken advantage of the BID’s affiliation with city officials. “They know who to call if you have a problem,” he said, citing an instance when he had an issue with outdated parking signage outside his establishment and the BID helped get the matter resolved.

The BID has 30 security cameras linked with the Police Department and Department of Public Works, which can spot someone illegally dumping trash or relay the news that a traffic light is out and creating a backup at an intersection, Courtemanche said. It also stages events, including the Stearns Square Concert Series, which brings 5,000 to 8,000 people downtown every week in the summer.

“It started with 10 concerts and has grown to 12, and the spinoff is huge for the parking facilities, businesses, and restaurants in the district,” Courtemanche added. In addition, the organization supports a multitude of events, ranging from those held at the Springfield Museums on the Quadrangle to the World’s Largest Pancake Breakfast, the annual Spirit of Springfield’s Big Balloon Parade, productions at CityStage, and basketball games at the MassMutual Center.

These include giving away tickets to Falcons and Armor games via a weekly drawing for people who register on the BID Facebook page.

“While that might not seem like a huge move, these people park, go out to eat, may visit a bar after the game, have a great time, and become comfortable downtown,” said Courtemanche.

The BID also employs social media to keep people abreast of ongoing news, such as whether restaurants were open after a gas explosion in November that destroyed a downtown bar and sent glass and bricks flying down Worthington Street.

It also recently finished a promotion that began in December in which people who took photos of themselves in front of restaurants such as Nadim’s and Subway on Main Street, where sidewalk construction is underway, were entered into a drawing for restaurant gift certificates.

“It was hugely popular,” Courtemanche said. “And right now, we are gearing up for spring, which is arguably our busiest or second-busiest season.”

In addition to power-washing the sidewalks, BID employees also fill about 300 planters and 300 hanging baskets scattered throughout the zone with flowers. “We also want to generate a buzz about real -state property here,” he said.

The agency’s plan is to hold open houses in approximately a dozen empty storefronts over the next few months. The first will be in a 3,000-square-foot space beneath the Chestnut Park apartment complex that has sat empty for years. “We will have food and entertainment, and hopefully it will result in a new tenant,” Courtemanche told BusinessWest.

Although real-estate brokers are welcome, the hope is that people who live and/or work downtown will attend the events and convey information about these sites to people they know who may want to open or expand a business. “The downtown consumers have a built-in bias as to what type of retailer they would like to see,” he said.

However, BID officials admit that a lot needs to be done before the area becomes a thriving neighborhood. But they are steadily working toward that goal.

“We still have a lot of vacant space, but we are on the road to the day when we become an urban theme park, which is what successful cities do to attract entrepreneurs,” Plotkin said.

Courtemanche agrees, and says small things add up. “A rising tide floats all ships, and casino or not, the fact that the BID continues to make huge leaps during one of the worst economic climates in decades is telling,” he said. “Businesses are continuing to open, and the area continues to grow.”

Courtemanche said the BID is doing well. “There is certainly room for improvement, but we are holding our own and seeing growth in terms of more employees and more foot traffic. The biggest elephant in the room is where the casino will go, but once it lands, there is a lot of pent-up development that will take place,” he said. “The BID really is a special place.”

Plotkin agrees. “Every downtown has problems from time to time,” he said, “but if we can populate our area with an eclectic mix of diverse people and promote the restaurants and businesses, we will be able to bring about a renaissance here.” 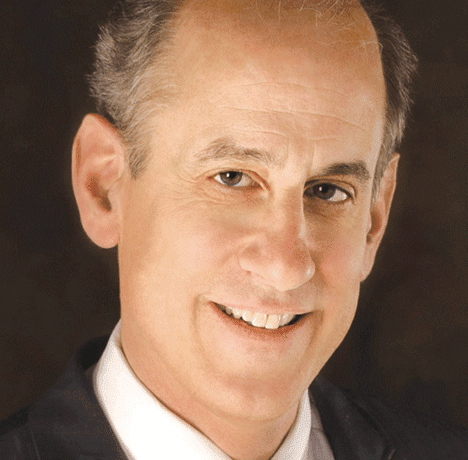 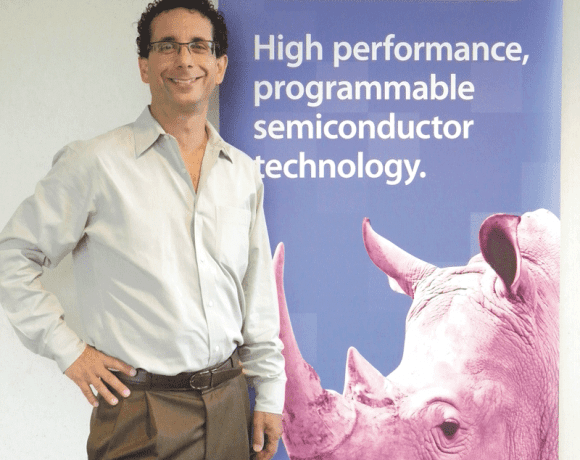