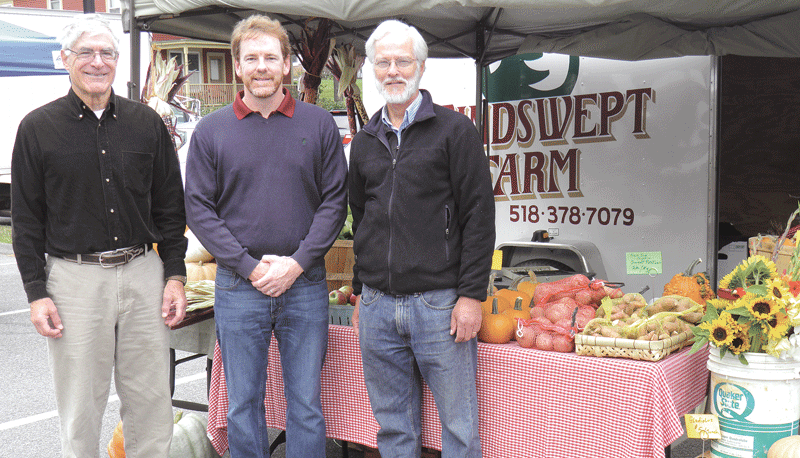 Hugh Daley doesn’t mince words or spare any hyperbole when he talks about all that Williamstown has to offer visitors and residents alike.

“It is so beautiful that, once people move here, they never want to leave,” said Daley, one of three selectmen serving this picturesque community in the northwest corner of the Bay State. “You can hike in the morning, spend the afternoon in a world-class art museum, and have a nice dinner without ever having to get in your car.”

Andy Hogeland, another selectman, was equally descriptive. “People can go to the farmer’s market for fresh produce and community conversation, then walk to see the Magna Carta exhibit at the Clark Art Institute, or attend the Bluegrass Festival in North Adams,” he said during an interview late last month.

And board Chair Ron Turbin isn’t shy about extolling the town’s virtues either, noting that its elementary school is a state-of-the-art green building, and the Massachusetts School Building Authority recently approved a feasibility study to renovate or rebuild Mount Greylock Regional High School, which serves Williamstown and Lanesborough.

But all three elected leaders are quick to note that this community is lacking something — an economic-development plan.  “About 10 years ago, an ad hoc committee was formed to focus on economic development, but nothing much happened,” Turbin said.

That is about to change, though, because Daley and Hogeland have spent the past four months working on a plan to foster growth. They were elected to the board in May after two longstanding members retired, and are adamant about pursuing options that will revitalize the town by encouraging business expansion and increasing the number of young families who live there.

“We want to encourage new investments and get more businesses to move here,” Daley said. “The area offers great appeal, and we are formulating a plan to identify the type of businesses we hope to attract; we need to figure out who our audience is so we can pitch Williamstown to them.”

Such action is particularly important now because the town’s population is shrinking, and many residents are growing older, which is occurring in many neighboring communities in the Berkshires as well.

However, it became more evident earlier this year when the Berkshire Regional Commission released demographic data showing that, although Williamstown is a college town (it is home to prestigious Williams College), its overall population is graying, and with some potential economic consequences.

“If we don’t start working on economic development and regenerate our population, we will become even smaller, and 20 years from now the town may not offer the same opportunities we have today,” Daley said, adding that jobs are needed so young people will feel confident they can move to the area and thrive.

Hogeland recently met with the economic-development director from North Adams, where a “Vision 2030” master plan has been adopted, and says he plans to stage additional meetings with other town economic directors to share and compare ideas.

“We can learn from each other,” he said. “The towns in Berkshire County need to be less competitive between themselves and more complementary so they can team up and market themselves to the broader community, which includes promoting tourism on a regional basis.”

He pointed to examples where it is already happening, such as a partnership between the Clark Art Institute and the Massachusetts Museum of Contemporary Art in North Adams. Bus service was instituted between the museums a few months ago, Hogeland said.

He told BusinessWest that Williamstown’s new plan will have several themes, and efforts to increase tourism will be high on the list. “Town officials will strive to promote the town’s attractions so guests will stay in the area longer,” he noted, adding that a group of volunteers has already developed a new website, www.destinationwilliamstown.org, which lists myriad cultural events in Berkshire County.

Hogeland and Daley also want to pursue greater access to broadband connectivity so families and individuals who want to live in Williamstown and work remotely will have the power they need. “It will give them the best of all worlds,” Hogeland said.

The selectmen noted that several new housing projects are underway, which will increase options available to prospective residents and those who already live there.

The first is Cable Mills on Water Street, which will be a community of 82 new and renovated mixed-income homes. Units will range from lofts and flats to townhouses and single-family-style duplexes created through an adaptive reuse of three historic mill buildings and a number of carefully designed new homes, all set on a nine-acre site.

“It’s a very interesting project and a great regenerative use of an old industrial site that is within walking distance to downtown,” Daley said.

When the project is complete, Hogeland added, it will benefit existing businesses on Spring Street, and may also promote additional development on Water Street, which is already home to three restaurants, two art galleries, and a new retail store.

Earlier this year, he went on, the downtown area, which includes the dramatically expanded Clark Art Institute, was designated as a Massachusetts Cultural District. It includes Spring Street and the upper part of Water Street, and town officials hope it will help their efforts to draw more people downtown and promote events in Williamstown.

“We would also like to create an attractive walkway between Water Street and Spring Street, which are connected now by Latham Street,” Turbin said, adding that the Mass. Dept. of Highways is also scheduled to repave Water Street and some  sidewalks.

Hogeland believes the relatively inexpensive cost of living in Williamstown helps make it an ideal setting for businesses whose clients are elsewhere, such as Integrated Eco Strategy on Water Street, which does LEED-certified work.

Turbin agreed. “The only thing we don’t have here is traffic,” he said.

The second initiative, which is a new housing complex for seniors, will replace affordable housing that was lost when Tropical Storm Irene flooded Spruces Mobile Home Park.

“The park had about 300 residents, many of whom were elderly,” said Turbin. “There are still about 40 mobile homes there, but most of the residents were displaced. We are committed to providing replacement housing for them, which is important, as the park is in the flood plain and will be closed in another year.”

A grassroots organization called Higher Ground, which began in the churches to collect money for displaced residents of the park, came up with the concept for the new complex, called Highland Woods, and construction has begun on land donated by Williams College.

“Highland Woods will contain 40 units,” Turbin told BusinessWest. “It has come about as a result of a true partnership between three nonprofit organizations, which include Higher Ground, Berkshire Housing Development Corp., and Boston’s Women’s Institute for Housing and Economic Development, who are working on it with support from the town.”

Daley agreed. “It’s a reuse and redevelopment of existing space, which we want to focus on in order to protect and preserve the natural beauty of our town,” he said.

In addition, Berkshire Housing Development Corp. and Boston Women’s Institute for Housing and Economic Development are also studying the best way to convert the former PhoTech mill property on Cole Avenue into housing. The property has been a vacant eyesore for at least 15 years.

“They are the lead developers and will figure out how many units could fit here and how much it would cost to bring the project to market,” Daley said. “There were proposals for the site in the past, but they never came to fruition.”

Preservation efforts were also furthered two years ago when the town created a new agricultural commission. “We want to preserve opportunities for farmers to prosper and promote the sustainable agriculture that already exists in Williamstown,” Turbin said.

The new economic-development plan will include proposals to promote business growth as well as welcome new companies to town, and officials say there is space for start-ups along with larger firms.

Williams College owns much of the property on Spring Street and leases second-story office space to commercial enterprises. There are also three sites available on Route 2, which include a plot of land and two empty buildings.

One of those properties is the former Williamstown Financial Center, a 16,000-square-foot, state-of-the-art building in an attractive location, with parking, that has been vacant for about a year and is for sale, Daley said.

The second site is a 3,500-square-foot office condo, and Daley said space is also available in a building on Spring Street whose landlord rents to small businesses that share amenities, such as a conference room. “We feel we can help companies grow from home-based businesses into firms with offices,” he noted.

An additional 1.2-acre site at 59 Water St., which housed a town garage in the past, is also available and is zoned commercial.

Hogeland said town officials will refine the economic-development plan they are developing with feedback from the public, which they hope to receive at several community forums that are in the planning stages. “We need to find out what people here want and need, and we hope the new plan will encourage residents to get involved in the community,” he said.

However, the first draft will be presented to the selectmen this month.

“We want to protect the current economy, enhance and entice new investments from existing businesses, and augment what we have by getting new people and businesses to move here,” Hogeland told BusinessWest.

The selectmen said Williamstown benefits from a very active chamber of commerce and generous support provided by Williams College. In addition to donating land for Highland Woods, the college donated $1.5 million to help pay for the elementary school, helped fund a new youth center, and held a business-plan competition last winter for its students that gave winners seed money to start new businesses in Williamstown.

“The town and the college work together whenever our interests align, and it supports our community projects at all levels,” Hogeland said. “We have a lot of professors on our boards, and the college has work-study programs in our schools,” including one called Reading Buddies.

Hogeland owns a manufacturing company in North Adams and believes other business owners may want to settle in Williamstown and enjoy its many offerings, even if their business is located elsewhere in Berkshire County.

“We have everything — good quality of life, access to a high-quality educational system, culture, and hiking trails,” he reiterated. “The pursuit of an economic-development plan is a great step forward for the town.”

Williamstown at a glance 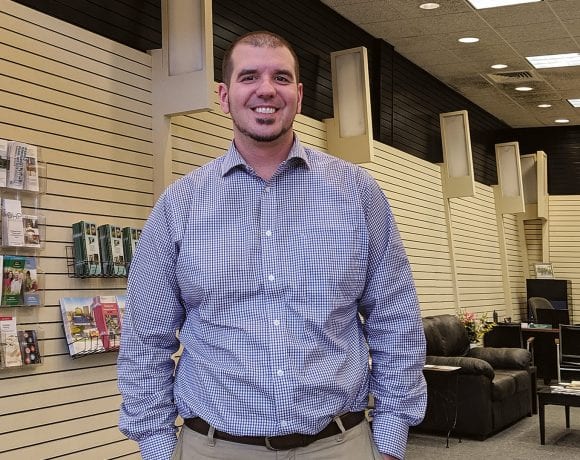 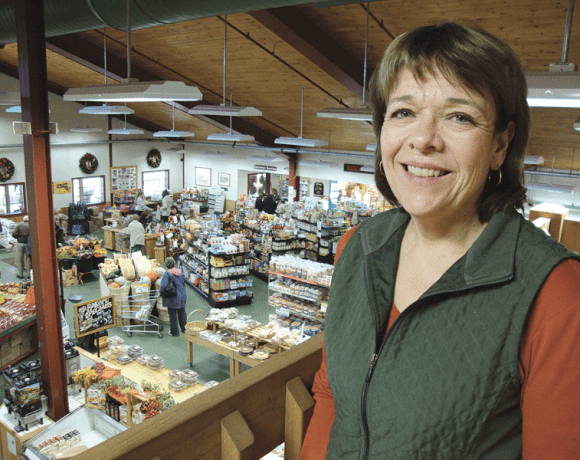 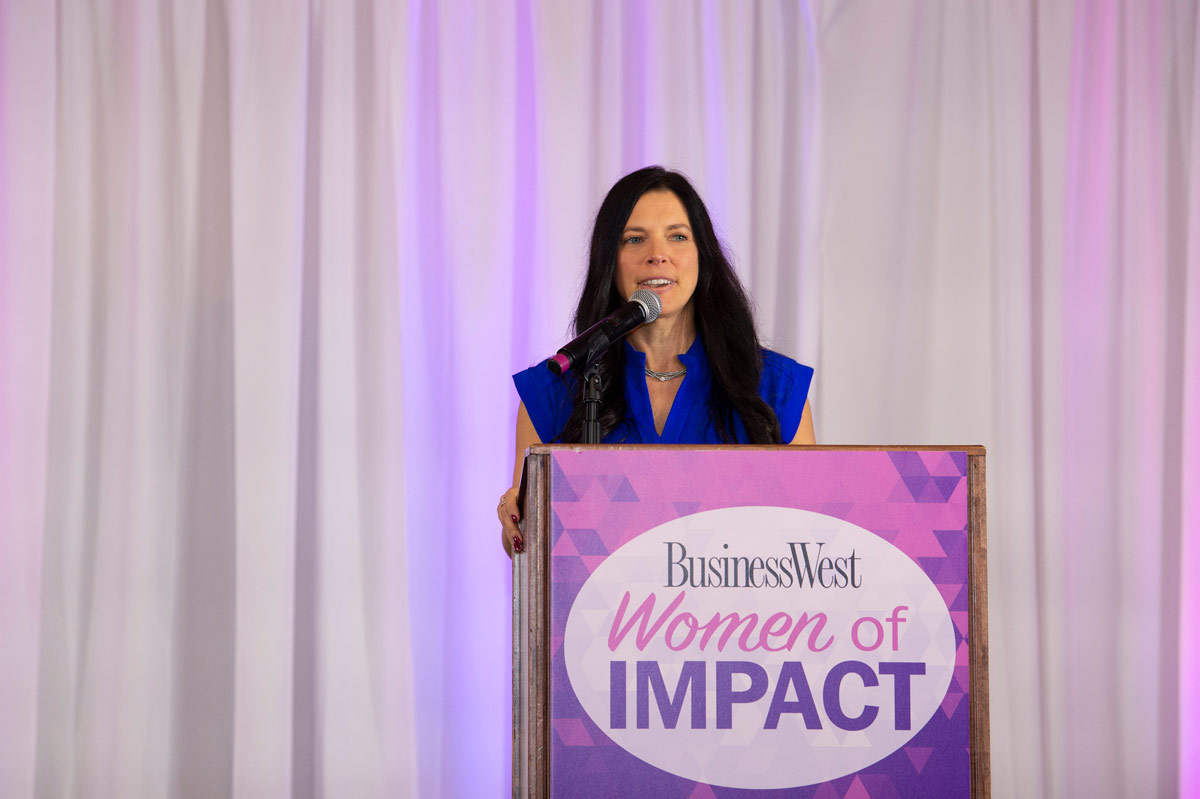