EASTHAMPTON — Legacy Counsellors, P.C. and Gove Law Office announced the merger of their firms in order to expand the estate- and tax-planning and real-estate services they offer to clients. The Gove Law Office team will complete the transition to join the existing Legacy Counsellors, P.C. firm in January. This merger also creates the new division of Legacy Title & Escrow, to handle residential and commercial real-estate transactions. Legacy Counsellors, P.C., founded in 1994, focuses on helping clients protect and perpetuate their savings and assets. Its mission is to empower clients to preserve their legacy through services including trust, estate, and asset-protection planning, elder law and Medicaid planning, and probate administration. Gove Law Office has provided practical, solutions-oriented guidance to clients in the areas of residential and commercial real estate, estate planning, business representation, and family law since 2013. The expanded firm of Legacy Counsellors, P.C. and Legacy Title & Escrow includes four attorneys, along with paralegals and client-services coordinators. Attorney and Legacy founder Kevin Quinn will remain president, with attorney and Gove Law Office founder Michael Gove joining as vice president and partner. The merged firm has five office locations throughout Hampshire, Hampden, Worcester, and Hartford counties.

AGAWAM — Original Car Detailing and its mobile auto-detailing operation recently pulled into shop space at 71 South Ramah Circle in Agawam. The move has allowed owner Nick Riccitelli and his team to expand their operation and provide more services this winter. Original Car Detailing (OCD) has an expanded menu that includes ceramic coatings, remote starters, heated seats, winter prep packages, and vehicle cleaning and sanitizing, along with its continued mobile detailing services. A shortage of new cars and trucks has put an emphasis on vehicle maintenance, as people are now keeping their cars longer than ever. Protecting and enhancing the appearance of customers’ vehicles, including commercial fleets and equipment, allows for a much longer service life, reducing overall costs to the owner substantially, Riccitelli noted. Original Car Detailing offers trade-in reconditioning packages to provide more leverage for its customers when selling or trading in their cars or trucks. The packages also minimize any additional condition fees when turning in leased vehicles.

SPRINGFIELD — Boston Bud Factory has filed a Freedom of Information request with the city of Springfield Procurement Department, specifically requesting documents related to phase 2 of adult-use applications and Cannabis RFP/Q No. 21-107. Boston Bud Factory submitted a proposal for a retail store in East Forest Park, along with all the required documentation related to RFP/Q No. 21-107. Boston Bud Factory would like to better understand the ranking process and the scoring system for each submission, as well as which proposal was improperly scored. Boston Bud Factory is a participant in the state’s social-equity program and was the first social-equity establishment to open in Western Mass. Boston Bud Factory co-owners Frank Dailey and Carlo Sarno live in Western Mass., and the business has no outside investors or startup financing. Dailey was born in Springfield, is an economic-empowerment applicant, and previously served on the East Forest Park Civic Assoc. board. He is also an active volunteer at several local charities, including the Springfield Rescue Mission. In addition, Boston Bud Factory has been very active educating the community and the city of Springfield, holding the first cannabis educational event in East Forest Park in 2017 and then going on to host four local and successful Pioneer Valley Cannabis Industry Summits.

HOLYOKE — The International Hologram Manufacturers Assoc. (IHMA) honored Hazen Paper for the second year in a row for Best Applied Decorative/Packaging Product at the 2021 Excellence in Holography Awards. The awards, presented at the Holography Conference Online, recognize “outstanding achievement … in holographic products or techniques which represent the best in the industry for innovation and commercial potential.” Hazen captured the judge’s attention with the 2020 enshrinement yearbook produced for the Naismith Memorial Basketball Hall of Fame in Springfield. The award-winning yearbook employed holography to create a dynamic, three-dimensional image of the Hall of Fame’s iconic dome and spire and its panoramic interior, which was overprinted with a collage of the year’s inductees in action. The combination of two contrasting yet complementary techniques served to amplify the engaging power of holography, as well as to draw attention to the honorees in the foreground. The back cover featured eye-catching holographic treatment of Connecticut’s Mohegan Sun, the location of the enshrinement ceremony. Hazen produced the unique cover holography wholly within its vertically integrated facility. The custom hologram was originated in Hazen’s holographic laser lab, micro-embossed and transfer-metallized onto 12-point WestRock Tango C2S using Hazen’s environmentally friendly Envirofoil process. Envirofoil is manufactured with less than 1% of the aluminum of traditional foil laminate, reuses the film carrier multiple times, and is recyclable as paper. Agency GO of Hartford, Conn. designed the limited-edition yearbook cover, which was printed and individually numbered for authenticity on an HP Indigo 5500 digital press by Starburst Printing of Holliston.

PITTSFIELD — Bousquet Mountain is opening the first floor of its new base lodge today, Jan. 7, for ski operations. Tickets, rentals, bootup and warmup areas, and restrooms will be available in the lodge from noon to 9 p.m. today. Food trucks will be available at the mountain until food and beverage service in the building launches. The 17,500-square-foot building features a multi-purpose area for comfortable breaks from the slopes, a quick-service dining option in addition to the full-service restaurant, a rental shop with full-service ski-tuning operation, and retail space. Multiple high-definition screens are featured throughout the lodge, enabling live streaming of on-mountain races along with viewing of high-profile sporting events. Heated walkways, firepits, and a large patio area provide numerous options for outdoor enjoyment of the base area in addition to the second-floor outdoor deck. Bousquet will launch Lift Bistropub, a full-service bar and restaurant, on the second floor of the lodge in early February. Open year-round, Lift Bistropub expects to provide service to both indoor and outdoor seating, with the second-floor deck providing panoramic views of the mountain. The lodge is part of a substantial investment in the nearly 100-year-old ski area by Mill Town, the owner of the mountain. Other new features this year include new terrain, added tubing lanes, upgraded lighting, and a full overhaul to the mountain’s snow-making system.

SPRINGFIELD — The Springfield Thunderbirds, AHL affiliate of the St. Louis Blues, have carried on their mission of being pillars of the Springfield community, with continued support from People’s United Bank. Since the start of the 2021-22 regular season, the Thunderbirds have made more than 60 appearances in the community, in addition to charitable initiatives such as Hockey Fights Cancer, Toys for Tots toy drives, and Teddy Bear Toss donations. Many of these events have featured interaction in the community from the team mascot, Boomer. In the month of November, the Thunderbirds went lavender across their platforms to spotlight the NHL and AHL’s Hockey Fights Cancer initiative. Proceeds raised throughout the month went on to benefit a wide array of local cancer-based charities, including the Sister Caritas Cancer Center, CHD’s Cancer House of Hope, Baystate Children’s Hospital, and the Hockey Fights Cancer charity itself. Highlighting a busy month of December, the Thunderbirds collected more than 5,000 stuffed animals in the club’s annual Teddy Bear Toss on Dec. 11. In a showing of holiday spirit, Thunderbirds staff and Boomer delivered donations of those bears to a wide range of area charities, including the Springfield Boys & Girls Club, Ronald McDonald House, YMCA of Greater Springfield, CHD, Martin Luther King Jr. Family Services, and the Boys & Girls Club Family Center. Furthering the team’s heartfelt gestures, Thunderbirds captain Tommy Cross, together with teammates Michael Kim and Drew Callin, also provided a meaningful gesture at holiday time when the trio purchased a plethora of presents for three local families who were recently displaced from their homes. This marked the second time in his two Thunderbirds seasons that Cross has led such a mission. Boomer and the team were active in numerous other charitable affairs throughout the fall and early winter. The T-Birds partnered with local elementary schools for yet another successful kickoff to the team’s Stick to Reading program, with support from MassMutual. The initiative promotes literacy among elementary-school students in the Western Mass. community. Schools participate in a six-week reading program during the Thunderbirds’ regular season, with a reward of tickets to a game for students who complete their reading goals.

NORTHAMPTON — The Greater Northampton Chamber of Commerce has installed a new, state-of-the-art gift-card kiosk on the second floor of Thornes Marketplace in downtown Northampton. The kiosk allows shoppers to buy a Northampton Gift Card or check the balance on an existing card any time Thornes is open to the public. The Northampton Gift Card program, which has been celebrating its 15th anniversary all year long, enables card holders to redeem their cards at more than 70 participating restaurants, retailers, salons, and other services throughout the Great Northampton area. Since its inception, the program has infused almost $5 million into the local economy. The new self-service kiosk at Thornes is the latest investment and replaced the previous machine, which was at least 12 years old. Another big investment in the program earlier this year was Keiter Corporation’s $10,000 donation and the ‘Keiter Card’ promotion that allowed shoppers to buy a $50 gift card for just $25.

SPRINGFIELD — Jewish Family Service of Western Massachusetts (JFS) is partnering with Yad Chessed to expand its offerings to Jewish individuals and families in Western Mass. struggling with financial insecurity. As a social-services agency rooted in the Jewish values of kindness (chessed) and charity (tzedakah), Yad Chessed is committed to helping those in need navigate a path toward financial stability while preserving their privacy and dignity. This partnership will bring new resources to the Western Mass. community, including emergency financial aid, monthly food cards, and ongoing support. In 2020, JFS was the recipient of a Jewish Poverty Challenge grant from the Network of Jewish Human Service Agencies, and has been working to build a sustainable response to Jewish poverty in Western Mass., including food insecurity, unemployment, childcare and health crises. With the goal of raising awareness and building partnerships, JFS is excited to be partnering with Yad Chessed. Individuals or families in need of assistance should contact Rosalind Torrey at [email protected] or (413) 737-2601. 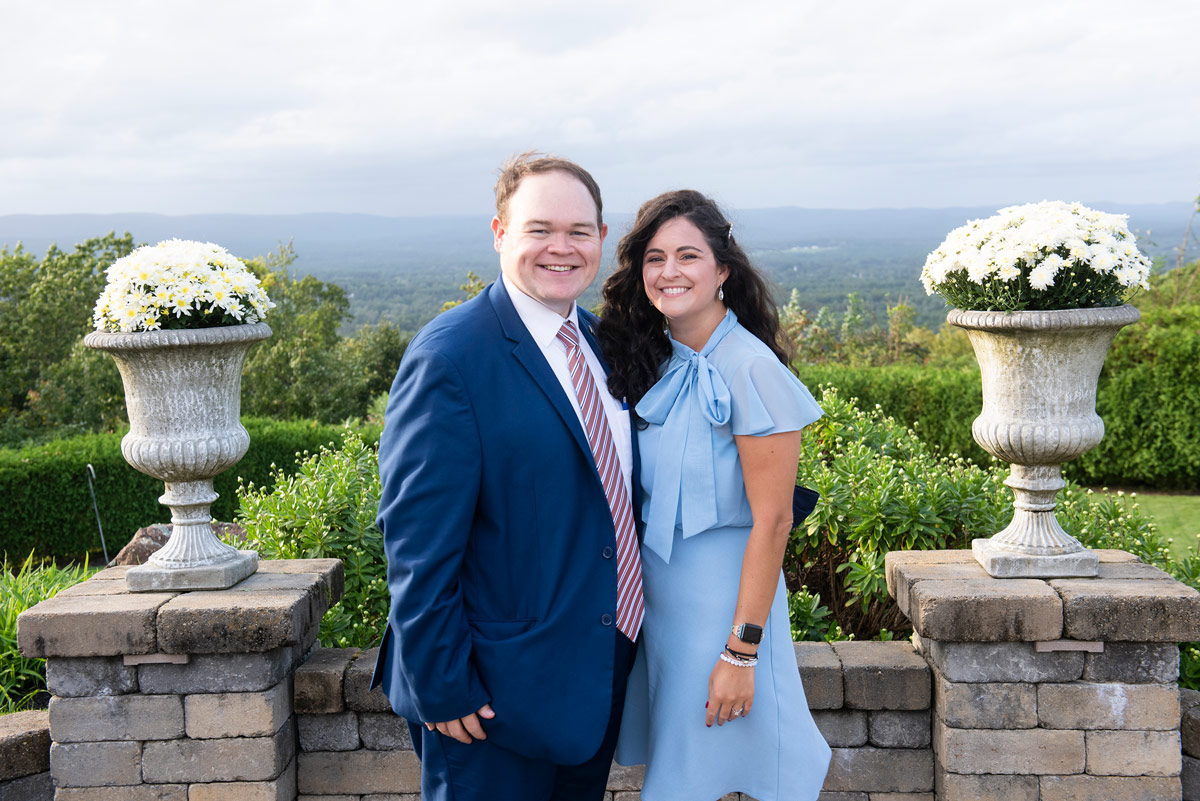