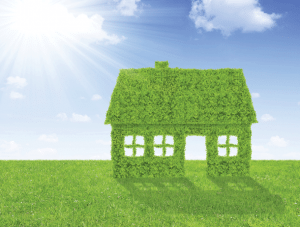 What are the major trends likely to affect the green-building industry and markets in the U.S. in 2014? Jerry Yudelson thinks he knows the answers.
Yudelson, a LEED fellow, is the founder of Yudelson Associates and is recognized as one of the nation’s leading green-building and sustainability consultants and speakers, as well as the author of 13 green-building books. In 2011, Wired magazine dubbed him the ‘Godfather of Green,” and he annually releases a top-10 list of green-building megatrends. Here are this year’s trends to watch:
1. Green building in North America will continue its strong growth in 2014. Yudelson predicts ongoing expansion of green commercial real-estate construction together with government, university, nonprofit, and school construction. “Green building is the tsunami of the future that will inundate the entire real-estate industry,” he notes.
Other studies back up this perception, including one last summer from from McGraw-Hill Construction reporting that the percentage of retail and hospitality developers building green for more than half of their projects rose from 18% in 2011 to 38% in 2013 — and is expected to jump to 52% by 2015.
In addition, 65% of retail owners and 73% of hotel owners say they use green operations and maintenance practices, citing a number of business benefits. In fact, according to McGraw-Hill, building green reduces operating costs by 8% to 9% on average, increases building value by 7.5%, improves return on investment by 6.6%, and increases occupancy ratios by 3.5% and rent ratios by 3%.
“Green building has taken such hold in the industry that even sectors with unique challenges, such as retail and hospitality, are making stronger investments,” said Harvey Bernstein, vice president at McGraw-Hill. “Clearly, the benefits that owners are reporting are key reasons for their green-building investments, and as they find better ways to measure those impacts and quantify the value to their sales velocity and to the well-being of their staff, customers, and guests, we expect even more rapid engagement in green.”
2. We’ll see a growing focus on energy efficiency in all kinds of buildings, including the increasing role of building automation for energy efficiency using cloud-based systems. “The convergence of corporate and commercial real estate, information technology that is based in the cloud, and energy efficiency leads my list of new green-building megatrends for 2014,” Yudelson says.
3. Design and operation of zero-net-energy buildings will expand. According to Yudelson, “we know that green building has hit the mainstream. To distinguish themselves, many building owners and developers are taking the logical next step: getting to zero net energy on an annual basis. Why? The most widespread reason is that more people than ever believe it’s the right thing to do.”
4. LEED will attract competitors as never before. “It’s likely that LEED’s cost and complexity will open up the market to other competitors such as the Green Globes rating system offered by the Green Building Initiative,” Yudelson notes. One reason is that recent Obama administration actions have now put this system on a par with LEED for federal projects.
5. The focus of the green-building industry will continue its switch from new building design and construction to greening existing buildings. This trend has been in place since 2010, and Yudelson predicts that more than 500 existing federal buildings will seek green-building ratings in 2014.
6. Green buildings will increasingly be designed and managed by innovative information technologies that are based in the cloud. In fact, Yudelson calls 2014 “the year of the cloud” based on how quickly he believes this trend will become fully established.
7. Green-building performance disclosure will continue as a major trend, highlighted by disclosure requirements enacted in 2013 by more than 30 major cities around the country, laws that require commercial building owners to disclose actual green-building performance. Yudelson says he expects this trend to spread rapidly as the easiest way to monitor reductions in carbon emissions from commercial and governmental buildings.
“It should come as no surprise that cities and states are rethinking their approach to green building,” notes a recent report by the Initiative for Global Environmental Leadership, a project of Wharton College at the University of Pennsylvania. “Not only do buildings consume more than 40% of the energy in this country and more than two-thirds of the generated electric power, but in cities where effective transit systems take cars off the road, building energy use also accounts for the vast majority of greenhouse-gas emissions.”
8. Healthy-building product disclosure declarations, along with various ‘red lists’ of chemicals of concern, will become increasingly contentious. “Building product manufacturers will increasingly try to gain or maintain market share based on open disclosure of chemicals of concerns,” he said. “We also foresee that industry-developed disclosure systems will compete with systems offered by dozens of third-party rating agencies.”
9. Solar-power use in buildings will continue to grow. Yudelson expects that third-party financing offerings will continue to grow and provide capital for larger rooftop systems on low-rise commercial buildings, parking garages, warehouses, and retail stores, as well as on homes.
10. Awareness of the coming crisis in freshwater supply, both globally and in the U.S., will increase, as global climate change affects rainfall and water-supply systems worldwide. In his 2010 book about water conservation, Dry Run: Preventing the Next Urban Water Crisis, Yudelson discusses how this is being done in green buildings all over the developed world.
“Even without new laws,” the Wharton report notes, “forward-looking companies find options, such as the use of energy-services companies, green leasing, and affordable approaches to solar and other renewables. They’re motivated by more than ‘eco-correctness’; adding sustainable features reduces operating costs and often increases a building’s value and the rent levels it can command, though payback periods can be long.”
In fact, the report says, some in the industry are increasingly looking beyond modest green standards to the ‘net-zero’ strategy of constructing buildings that generate as much energy as they use.
“Cities are developing their own audit and energy management procedures, often using software unavailable 10 years ago,” the authors note. “Clearly, green building has gone from a feel-good exercise to an impending baseline for all construction.”