• Jennifer Brown has been promoted to Vice President of Client Development. With more than 20 years of experience in the staffing industry, Brown brings a wealth of human-resources knowledge and recruiting expertise to her new role. She most recently served as United Personnel’s assistant vice president of Operations in the Springfield region, where she oversaw all aspects of operations for the Light Industrial and Professional placement divisions. She has an associate’s degree in business management from Burdett Business School and recently became a certified staffing professional through the American Staffing Assoc. Her community involvement includes membership in HRMA and serving as a board member of Dress for Success; and

• Mim Zayas has been promoted to Assistant Vice President of Operations, Springfield. Having recently celebrated her one-year anniversary with United Personnel, Zayas, formerly the director of Quality Assurance and Talent Acquisition, will now manage all operations for United Personnel’s Springfield-area offices, including the Professional and Light Industrial placement divisions. Zayas holds a bachelor’s degree in business management from Elms College. She is a member of the board of directors for the Chicopee Chamber of Commerce. 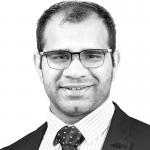 Greenfield Savings Bank announced that Yogesh “Yogi” Malik has joined the bank as a premier banker and also joined the bank’s GSB Investments and Insurance Division as an Infinex Investments executive. Malik will assist customers with identifying opportunities to increase their earnings on their savings at the bank and through the investment opportunities offered by the GSB Investments and Insurance Division, through Infinex Investments Inc. He is based at the bank’s main office located at 400 Main St. in Greenfield. Malik came to the bank with more than four years of experience and has a bachelor’s degree in finance from Bentley University. He has passed the Series 6, Series 63, Series 65, and Series 7 examinations, which are required for individuals who sell certain investment products. In the fall, he is planning to begin working on an MBA. 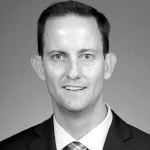 Pope Francis High School, a faith-based college-preparatory school serving grades 9-12, announced W. Paul Harrington Jr. as its new head of school following a lengthy nationwide search. A native of Holliston, Harrington holds a bachelor’s degree in biology with a minor in economics from Fairfield University, and a master’s degree in school administration from Loyola Marymount University. He received his doctorate in educational leadership at the University of Southern California. He received the unanimous recommendation of the search committee, approval by the Pope Francis High School Board of directors, and the affirmation of Springfield Bishop Mitchell Rozanski. “I am very pleased and excited that Dr. Harrington has accepted the position as the new head of school for Pope Francis High School,” said Rozanski. “Having personally met with him, I believe he has the vision that will help us realize the full potential for this new school, both academically and spiritually.”  Said Harrington, “I am humbled by this incredible opportunity to honor the rich traditions of Holyoke Catholic and Cathedral High Schools while inspiring a future filled with innovation, faith formation, and academic excellence as Pope Francis High School.”

Peter Pan Bus Lines  recently honored the country’s first 4-million-mile driver, Ed Hope, at the company’s annual S.T.A.R. (Super Team Achievement & Recognition) Awards Dinner at the Sheraton Springfield Hotel. Hope will be inducted into the National Safety Council Hall of Fame. The National Safety Council defines one million miles as the equivalent of 12 consecutive years of driving without an accident of any kind, or, as noted by Peter Pan Chairman and CEO Peter Picknelly, 4.2 trips to the moon, or 40 times around the earth. This is a significant milestone in a professional motorcoach operator’s career. Peter Pan Bus Lines is proud to have more one- and two-million-mile drivers than any other transportation company of its size. In addition, it is the first bus company in the world to employ drivers who have driven three million, and now four million, miles without an accident. 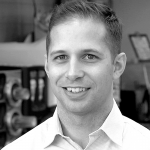 J. Polep Distribution Services announced the promotion of Jim Kantany to Director of Sales. He has been with J. Polep since 2001, and has worked his way through the company, working in warehouse-control positions, as a field sales representative, and, most recently, district manager. Kantany brings a wealth of experience to the Sales department. According to the company, his continued, focused effort has been on creating and maintaining the business’ infrastructure. He possesses an excellent record of customer relations and can identify trends and emerging developments to improve customers’ margin dollars. He takes the time to understand their strategies for growth with the goal of making customers successful.

The Center for EcoTechnology, a nonprofit that helps people and businesses in the region save energy and reduce waste, has appointed two new members to its board of directors for 2017:

• Jennifer Atwater is Vice President of operations at United Personnel, where she oversees the Northampton and Berkshire County markets. She has served on the board of directors for the American Red Cross, Easthampton Chamber of Commerce, and Easthampton Fall Festival; serves on the board of CareerPoint and Ella Clark Home for the Aged; and sits on the development committee for Look Park. She holds an associate’s degree from Bay Path College and a bachelor’s degree from Massachusetts College of Liberal Arts; and

• Janet Warren is Director of Sales and Marketing at Fazzi Associates, the Northampton-based service provider for home-health and hospice agencies across the country. Her three decades of experience in marketing, sales, and product development have included serving as vice president of Marketing for Monson Savings Bank; president of her own marketing practice, MarCom Capital; and second vice president of Market Development for the Group Division of Phoenix Home Life. She is a past president of the Greater Northampton Chamber of Commerce and has served on the starter board of the Hampshire County Regional Chamber, the Hampshire County Tourism Advisory Council, and on the board of directors of United Way of Hampshire County. The Center for EcoTechnology helps people and businesses in the region save energy and reduce waste. For 40 years, CET has offered advice and resources to save residents money and help them feel more comfortable in their home, and help businesses perform better.

Jay Smith, Founder of Sports Travel and Tours, took over as Chair of the board of directors for the National Tour Assoc. on March 2, before the conclusion of the annual Travel Exchange convention in St. Louis. He will lead the board until the next convention in December in San Antonio, taking the reins from Justin Osbon of Image Tours Inc., which offers European tours. Smith has been sitting on the board for NTA — a leading business-building association for professionals serving customers traveling to, from, and within North America — for about six years. NTA acts as an advocate on behalf of its members and the tourism industry at large. Active with policymakers in Congress and the administration, the association coordinates with its partners on a number of key legislative issues. It is governed by a 17-member volunteer board of directors, which is advised by volunteer committees. Currently, NTA is focused on a number of policy priorities, including specialty travel markets in countries including India and China, travel between Cuba and the U.S., and funding for the National Park Service Centennial. As chair, Smith looks forward to helping the organization further stabilize after a transition over the past few years, which brought in Pam Inman as the new president. Founded 20 years ago, Sports Travel and Tours has been the official travel company of the National Baseball Hall of Fame and Museum since 2007. 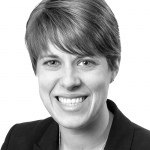 Jessica Chapin, American International College’s (AIC) Assistant Athletic Director of Compliance and senior woman administrator, has been appointed to the National Collegiate Athletic Association (NCAA) Division II Management Council through January 2021. As part of her commitment, Chapin will serve on two committees: the NCAA Research Committee and the Committee on Infractions. The Management Council is charged with recommending administrative policy and regulations that govern the division. It reports directly to the President’s Council and implements the policies adopted by the association’s Board of Governors and Division II President’s Council. The Management Council may sponsor legislative proposals, make interpretations of Division II’s bylaws, and may also handle resolution of Division II issues and recommendations from other committees and working groups throughout the division’s substructure. The council is comprised of Division II chief executive officers, faculty athletics representatives, athletic directors, senior woman administrators, conference representatives, and student-athletes. Chapin joins the council, currently 29 members strong, as a senior woman administrator.