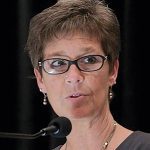 After more than a decade serving the Springfield Regional Chamber (SRC) and overseeing the region’s economic growth, Nancy Creed is stepping down from her position as chamber president to help care for her elderly mother. Creed served as the president of SRC since 2016, and as vice president of Marketing and Communications for five years prior to her appointment as president. She successfully navigated the chamber through several challenges, the most recent being the COVID-19 pandemic. During Creed’s tenure, she repositioned the chamber as a regional organization for businesses in Western Mass., creating a channel for the voices of the Pioneer Valley to be heard by key stakeholders in the eastern part of the Commonwealth. Creed developed a successful future for SRC by establishing educational programming for businesses and dynamic networking opportunities for professionals, engaging members across all industries, creating a minority business council to better support the growing business sector, and issuing informative legislative updates for the community that are now pillars of the chamber’s mission and will continue after her departure. To ensure an orderly transition, Creed will remain president until either a successor is appointed by the chamber’s board of directors, or no later than April 21, 2022. The board has engaged a search committee and recruiter to find the best candidate to serve as the next president of the Springfield Regional Chamber. 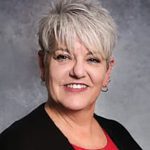 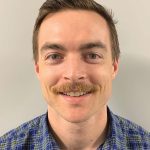 Melanson announced the hiring of two of its newest managers, Teressa Bezenar, CPA, CFE, and Garrett Kelly, CPA. Bezenar has been in the accounting profession for more than two decades and recently joined Melanson’s Commercial Services team. Her focus is in taxation for individuals, corporations, flow-through entities, and estates, and she has extensive knowledge in construction and real-estate businesses. She received a master’s degree in accounting and a graduate certificate in forensic accounting at Southern New Hampshire University in 2017 and received a bachelor’s degree in accounting at Metropolitan State University in 1998. She earned her CPA licensure in Minnesota in 2002 and Missouri in 2020. In 2018, she became a certified fraud examiner. She holds memberships with the American Institute of Certified Public Accountants, the Assoc. of Certified Fraud Examiners, the Minnesota Society of Certied Public Accountants, the National Society of Leadership and Success, and Delta Mu Delta. She spends some of her spare time volunteering with the American Legion Auxiliary, American Legion Riders, Minnesota Patriot Guard, and Knots of Love. Kelly has been a tax accountant for more than five years and has joined Melanson’s Commercial Services team in Merrimack, N.H. He provides tax planning, compliance, and prep for high net-worth individuals and a variety of businesses. His other areas of focus include bank taxation, real estate, and flow-through entities. He received his master of taxation degree at Baylor University in 2016 and a bachelor of business administration degree, accounting in 2015. In 2018 he received his CPA licensure. He is a member of American Institute of Certified Public Accountants and the Texas Society of Certified Public Accountants. Before his recent move to New Hampshire, he enjoyed working with and volunteering his time as a youth leader at his church. 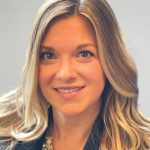 Florence Bank promoted Alicia Valentine to the position of assistant vice president and cash-management relationship officer. She brings 15 years of banking knowledge to her new position. In this role, she will provide support to the bank’s commercial customer base by utilizing her in-depth knowledge of cash-management products and services while proactively developing existing relationships and new business opportunities. During her tenure at the bank, Valentine has been the recipient of the President’s Award, which is given to employees who demonstrate superior levels of performance, customer service, and overall contribution to the bank. She holds a bachelor’s degree in business management from Assumption College. She is also an active member of her community, serving as a board member for Junior Achievement of Western Massachusetts.

W.D. Cowls Inc. recently welcomed Arthur Haskins as director of Real Estate and Community Development. With a career spanning more than two decades, Haskins has worked on all facets of real estate and community building. He has overseen the completion of numerous mixed-use, commercial, and residential developments in New England and has a strong understanding of real-estate development, with expertise in new-construction management, affordable housing, residential brokerage, land sales, permitting, homeowner associations, property management, and conservation land trusts. Most recently, for Beacon Communities, Haskins managed North Square’s residential development, construction, completion, and 100% lease-up of 130 new residential units, which include one-, two-, and three-bedroom affordable apartments for households both 50% and 30% below area median income. His initial efforts in Amherst were related to developing a residential community on the campus of Hampshire College, marketing and completing all initial pre-sales related to Hampshire’s cultural-village concept for Veridian Village. Haskins draws from multi-generational Haskins family sawmill and timberland roots in the Quabbin Valley of Massachusetts. He grew up in Greenfield and spent four years attending school in Bangkok, Thailand. 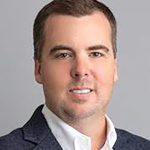 Frank Newhall Look Memorial Park announced the addition of a new member to its board of trustees: Scott Keiter, president of Keiter Corp., a construction company based in Florence. His wealth of knowledge in building, development, sales, operations, and human resources made him a unanimous choice to join the team. Keiter has served on other community boards, including the Greater Northampton Chamber of Commerce, New England Support Team, Smith Vocational & Agricultural School, and the Cutchins Programs for Children and Families. He brings his commitment to the community, family, sustainability, and progress to Look Park’s volunteer board, which also includes Sharianne Walker, Michael Wall, Nancy Reeves, Robert Ostberg, Anthony Villani, and Northampton Mayor David Narkewicz (ex-officio). 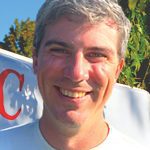 In a move to support growth, outreach, and overall program quality, the Pioneer Valley Riverfront Club (PVRC) hired Scott Branscomb as head coach. Branscomb, who speaks Spanish and English, will work with PVRC Executive Director Ben Quick and organization leadership to continue PVRC’s post-pandemic recovery. Branscomb rowed competitively for UMass, where he graduated with dual degrees in Spanish and comparative literature before earning a master’s degree in teaching from the University of New Hampshire. In his 14 years of rowing experience, he has served community and club programs in a variety of roles. He worked the last four years in Connecticut as director and head coach of Middle School and Development Programs for Greenwich Crew. Among his achievements there, he operated an outreach program for students from disadvantaged backgrounds in Greenwich Public Schools. At the Pioneer Valley Riverfront Club, Branscomb returns to the waters of the Connecticut River, where he first rowed, and to his roots in the nonprofit world, where he feels at home.

Monson Savings Bank recently announced the hiring of William Toth as branch manager of the East Longmeadow location at 61 North Main St. Toth will be assisting customers with all of their banking needs, including loan applications and closing needs of borrowers. Additionally, he will be responsible for planning, organizing, and directing branch operations, as well as fostering an environment of teamwork. He has been in the banking industry for 26 years, with his experience in retail banking spanning 19 of those years. He most recently served as branch manager of Arrha Credit Union’s West Springfield location. There, his responsibilities were to oversee the day-to-day operations of the branch, while assisting new and current members with their financial and banking needs. He assisted members with consumer-loan applications, credit-card requests, and home-equity line of credit questions and document closing. He served as the primary resource to employees and oversaw the training of new and current branch staff. Toth has strong roots in the local communities, and is involved with the West of the River Chamber of Commerce, East of the River Five Town Chamber of Commerce, and the Security & Loss Prevention Assoc. He is a graduate of Springfield Technical Community College with an associate degree in business administration. 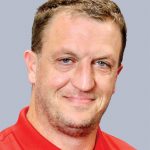 Kimberley Lee, vice president of Resource Development and Branding for the Mental Health Assoc. Inc. (MHA), has accepted Hampden County Sheriff Nick Cocchi’s invitation to join his newly created Community Advisory Board to provide long-range planning and support for the Western Massachusetts Regional Women’s Correctional Center in Chicopee. The regional correctional facility houses both pre-trial and sentenced women primarily from Hampden, Hampshire, Worcester, and Berkshire counties and offers a range of integrated clinical services and specialized programs that address rehabilitation. Cocchi outlined the board’s mission as one of developing long-range planning for the facility and building relationships and resources to assist women as they re-enter the community. Lee, who joined MHA in 2018 as its first vice president of Resource Development, is well-known for her work in the nonprofit sector. She previously served in communications and development roles for several other locally based nonprofit organizations, including CHD, Square One, the Basketball Hall of Fame, and the Community United Way.

Square One recently elected a new slate of officers to its board of directors. The election was held at the agency’s annual meeting on Oct. 15. Taking on the role of chairperson is Andrea Hickson-Martin of Bay Path University. The vice chair seat will be filled by attorney Corrine Ryan of Community Legal Aid. Moving into the treasurer position is Kate Kane of Northwestern Mutual, assisted by Julie Quink of Burkhart Pizzanelli, P.C. Colleen Stocks, assistant superintendent of the Western Massachusetts Regional Women’s Correctional Center, will serve as the board’s clerk. New to the full board of directors are Lavar Click-Bruce of the city of Springfield Mayor’s Office and Leonard Underwood of Upscale Socks and Upscale Photography. 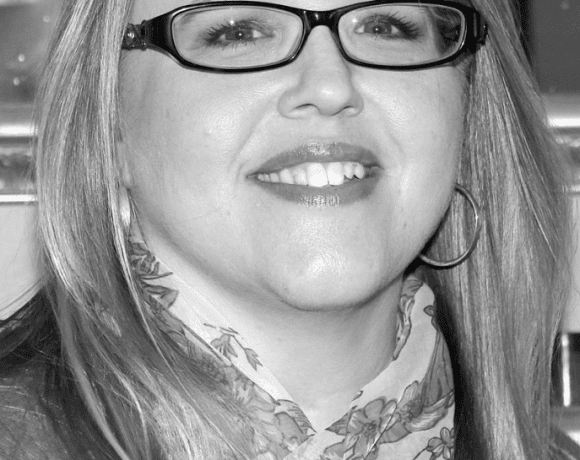