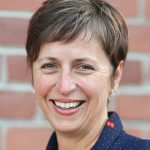 The Community Foundation of Western Massachusetts has announced today that President and CEO Katie Allan Zobel intends to transition out of her role, concluding 17 years of service and a decade-long tenure as executive leader at the foundation. Zobel will continue to serve in her role while engaged in continued succession planning with the Foundation trustees through September 2022.  “On behalf of the trustees, I want to express my gratitude for Katie’s many contributions to the Community Foundation and to our community. She has led the organization with passion and a deep commitment to its mission and impactful work,” said Paul Murphy, trustee chair. “Under Katie’s stewardship and with the support of her talented and dedicated team, the foundation’s position as the region’s philanthropy hub has been strengthened by the more than doubling of its assets; the building of strong partnerships with donors, institutional partners, and community leaders; and the nearly doubling of its staff capacity. It is without a doubt that Katie is leaving the foundation stronger than it has ever been, which benefits the communities that it serves throughout Hampden, Hampshire, and Franklin Counties.” Building on the prior accomplishments of the foundation, Zobel has led the foundation through a period of extraordinary innovation, growth, and change. Under her leadership, the foundation launched and directed ValleyGives, which raised more than $10 million through annual one-day, on-line fundraising campaigns for local nonprofits, established new partnerships with state and private philanthropy to expand funding for the region, including the launch of ValleyCreates, a partnership with the Barr Foundation established to support a vibrant arts and creativity sector in Western Mass. The foundation has also supported research on college completion and expanded funding for local colleges and universities through its Western MA Completes initiative. The Community Foundation has distributed more than $13 million through the COVID-19 Response Fund to support community members and nonprofit partners most severely impacted by the pandemic. “It has been a joy, an honor, and a privilege to serve my community as a member of the CFWM team. I arrived on a three-month temporary assignment that evolved into an amazing 17-years,” said Zobel. “I have had the great good fortune to be connected deeply to an incredibly generous and caring community that gifted me with countless opportunities to work alongside people determined to make the world a better place. “I am so proud of what we have built together, how willingly we have supported each other during some of the greatest challenges our communities have experienced, and the promise it holds for our future,” she went on. “It’s been quite an adventure and now it’s time for me to hand over the reins to the foundation’s next leader and seek out my next professional adventure.” A national search for a successor will commence this month under Murphy’s leadership. Last week the trustees elected the firm Lindauer to launch a national search for Zobel’s successor. Lindauer has substantial experience in placing highly qualified candidates in organizations like the Community Foundation.

bankESB has promoted three of its officers to vice president. 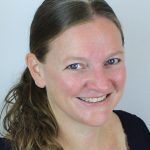 • Meagan Barrett has been promoted to vice president, Human Resources. Barrett joined bankESB in 2008 as a human resources assistant. She was promoted to officer in 2016 and to assistant vice president in 2019. Barrett manages a team of six and has responsibility for human resources across the family of banks of Hometown Financial Group, including bankESB, bankHometown, and Abington Bank. Barrett earned the designation of Certified Employee Engagement Specialist and also maintains a Professional in Human Resources certification. She is currently pursuing designations as both senior professional in Human Resources and the Society for Human Resources Management senior certified professional, and also is a member of the HR Advisory Council for Employers Association of the NorthEast (EANE). Barrett is active in the community, volunteering for Easter Seals and as a youth sports coach. 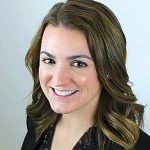 • Cara Crochier has been promoted to vice president, Marketing. Crochier joined bankESB as a teller in 2008 and joined the Marketing department the following year. She was promoted to interactive marketing officer in 2015 and to assistant vice president in 2018. Crochier manages a team of four and has overall responsibility for campaign management, advertising agency relations, and all earned and owned media channels across the Hometown Financial Group family of banks. She earned her bachelor’s degree in political communication from Emerson College and the designation of Certified Financial Marketing Professional from the American Bankers Association Bank Marketing School at Emory University. Crochier is active in the community, serving as a board member and clerk for the Children’s Advocacy Center and as a committee member of the New England Financial Marketing Association. 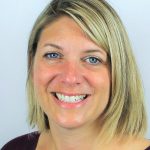 • Stacey Tower has been promoted to vice president, Strategic Project Management. Tower joined bankESB in 2001 as a teller and has held various positions in both retail banking and operations prior to joining the information technology/projects team in 2008 as a project coordinator. She was promoted to bank officer in 2014 and currently manages a team of five project managers. Tower earned her bachelor’s degree in leadership and organizational studies from Bay Path University, completed the Graduate School of Banking’s program in technology management last year, and earned the designation Certified Associate in Project Management from the Project Management Institute. She is also a board member of the Lathrop Retirement Community and is a volunteer with the Cutchins Programs for Children and Families. 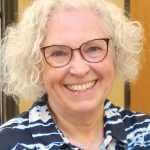 Holyoke Community College has appointed Leslie Klein Pilder as the first director of its new free program, Itsy Bitsy Child Watch. Pilder started working at HCC in March. Pilder served for nine years as executive director of the Nonotuck Community School in Northampton. She has worked as director of Buds and Blossoms, a Mandarin-immersion childcare center in Boston, and as director of The Educational Alliance Preschool in Manhattan. She has also worked at New York University’s Teaching for Success program — a research project designed to improve the quality of teaching and learning in New York City’s Head Start centers. Pilder holds a bachelor’s degree from Northeastern University, a master’s degree in early childhood and Montessori education from Xavier University. As a lecturer at SUNY’s Empire College, Pilder taught undergraduate and graduate students studying early childhood education and created a seminar series on adolescent rites of passage — the topic of her second master’s degree from New York University. HCC held a ribbon-cutting event for the Itsy Bitsy Child Watch Center on May 4. The center will officially open with the start of summer classes on May 24. 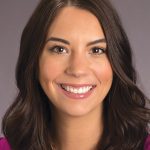 BFAIR (Berkshire Family & Individual Resources) announced that Kayla Brown-Wood has been promoted to director of Day Services. In addition to her management of the Employment Service department, she will now also be providing oversight to both Day Habilitation and Community Based Day Services (CBDS) programs. Brown-Wood has been with BFAIR since 2016, and has held various roles including assistant director of Employment Services and most recently the director of Employment Services. She is also a 2021 graduate of the Berkshire Leadership Program, which led to her being asked to be a member of the 2022 Berkshire Leadership Program Steering Committee. She will also be continuing her education in graduate studies in Healthcare Administration. Since 1994, BFAIR has been providing AFC, residential, in-home clinical services, employment and day services for adults and children with developmental disabilities, acquired brain injury and autism. BFAIR is a member agency of the Northern Berkshire United Way and the Williamstown Community Chest. 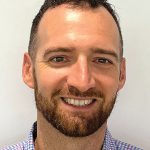 TommyCar Auto Group, operator of five dealerships in Western Massachusetts, recently welcomed Nicholas Moszynski as its new director of Marketing & Communications. Moszynski is a seasoned marketing and advertising professional, including an extensive background in digital marketing. “We’re excited to welcome Nicholas to the team,” said Carla Cosenzi, President of TommyCar Auto Group. “His digital and marketing background is going to help us streamline our advertising and elevate our digital presence. As our company evolves to satisfy the demands of the tech-savvy car shopper, Nick is the perfect person to help us lead these initiatives.” TommyCar Auto Group is comprised of Country Nissan in Hadley, Country Hyundai, Genesis of Northampton, Volvo Cars of Pioneer Valley, and Northampton Volkswagen in Northampton. 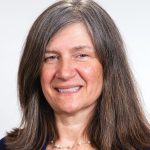 Holyoke VNA and Hospice Life Care, a member of Valley Health Systems and affiliate to Holyoke Medical Center, has announced the appointment of April Bartley, RN, MSN, NE-BC as its executive director. “April brings more than 15 years of innovative leadership experience with a focus of empowering staff to provide high-quality, compassionate care,” said Spiros Hatiras, president and CEO of Holyoke Medical Center. “We are confident that the Holyoke VNA Hospice Life Care will continue to provide the best care for our patients under her guidance.” Bartley will lead the Holyoke VNA Hospice Life Care, which has been serving the community since 1905. The organization offers a full range of home health care services that promote independence and quality of life. The professional team at Holyoke VNA Hospice Life Care works with patients and their physicians to develop a plan of care, which allows patients to remain safely at home. The team includes registered nurses, physical therapists, occupational therapists, speech therapists, social workers, home health aides, dieticians, interpreters, a chaplain, and volunteers. In her most recent role as director of Nursing at Sullivan County Health Care, Bartley oversaw the clinical and regulatory aspects of nursing in a skilled nursing facility with 156 dually certified beds. Her leadership resulted in an increase of average daily facility census and staffing by assertively hiring and interviewing to build staffing capacity. Prior to her success in this role, Bartley served as the director of Home Care and Hospice at Lake Sunapee VNA and Hospice and director at Home Healthcare, Hospice and Community Service. Bartley received her associate’s degree in Nursing from New Hampshire Community Technical College, her bachelor of Science in Healthcare Administration and bachelor of Science in Nursing from Granite State College, and her master of Science in Nursing from River University.

Kevin M. Sears, AHWD, C2EX, of Springfield, has been elected 2023 first vice president of the National Association of REALTORS®. The election took place at the NAR board of directors meeting. Sears is a broker/partner of Sears Real Estate, specializing in single-family brokerage and property management. He has served NAR in numerous capacities, including as a president’s liaison in 2019 and as NAR vice president of Government Affairs in 2017. He has a long history of serving in volunteer leadership positions. He served as the 2010 President of the Massachusetts Association of REALTORS® (MAR) and state REALTOR® of the Year in 2006. He has been a member of the MAR Board of Directors since 2000. The REALTOR® Association of Pioneer Valley (RAPV) elected Sears as president in 2005 and named him REALTOR® of the Year in 2006. He has also served as a Chair of a number of the association’s committees. 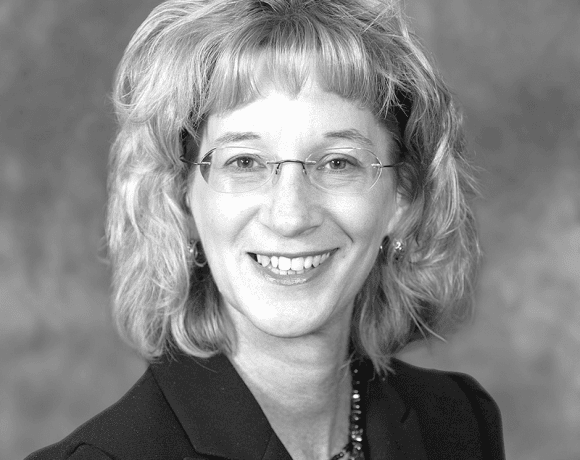