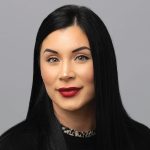 Girls Inc. of the Valley recently welcomed five new members to its board of directors: Nikai Fondon, George Keady, Alaina Macaulay, Cheri Mills, and Ciara Speller. These new members join the current board of directors to support strategic planning to map out the future of the organization. Fondon has worked at Marketing Doctor Inc. since January as a marketing specialist and previously worked at the Community Foundation of Western Massachusetts (CFWM) as a donor-engagement coordinator and scholarship program associate for four years. She currently serves as a board member for the Young Professional Society of Greater Springfield (YPS). She has been a panelist for the 2020 Girls and Racism Virtual Town Hall and has worked with Girls Inc. teens on creative writing and marketing projects. She was recognized as a Dream Maker at Spirit of Girls 2022. Keady has worked at UBS Financial Services/Wealth Management in Springfield for 39 years and, upon retirement this year, was a managing director. He has served as a board member for CFWM and Saint Michael’s College, and was a chairperson for Glenmeadow Retirement Community and Bay Path University. He has been a long-time champion for girls and friend of Girls Inc. Macaulay is the senior director for Inclusion and Strategic Engagement at UMass Amherst. She worked previously at UMass Amherst Isenberg School of Management for three years as the executive director of Diversity and Inclusion and, before that, at Elms College as the director of Diversity and Inclusion for two years. She has been involved with Girls Inc. through support of the 2020 Girls and Racism Virtual Town Hall. She currently serves as a board member for YPS and Chester Theatre Co. Mills has worked at PeoplesBank for eight years as a Business Banking manager and is currently the assistant vice president. She has been involved with Girls Inc. as a volunteer through the finance committee this past year. She also served on the corporate and community impact committee and helped secure sponsorship commitments for Spirit of Girls 2022. Speller has worked at WWLP as an evening anchor for five years. She has been involved with Girls Inc. for the past couple of years, including as the moderator for the 2020 Girls and Racism Virtual Town Hall and host for Spirit of Girls 2021. She and WWLP did the news broadcast live for Spirit of Girls 2022 on location at the Big E, where she was also a recipient of a Girls Inc. Dream Maker award. She also serves as a board member for the nonprofit I Found Light Against All Odds. 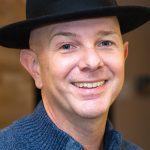 New England Public Media has hired local radio personality Monte Belmonte as host and executive producer of a new radio show and podcast celebrating life in Western Mass. Belmonte comes to New England Public Media (NEPM) from 93.9 the River/WRSI, where he’s hosted the popular “Mornings with Monte” since 2006. The new show and podcast will launch later this winter. Belmonte will be joined by Kaliis Smith, who also comes to NEPM from the River, where she hosted weekday evenings and was a regular guest on “Mornings with Monte.” Smith will be the show’s digital producer and will join Belmonte on air. Belmonte plans to bring some of his regular guests and popular segments to the live, daily program, along with new segments and opportunity for regular audience call-ins. The show will be available as a podcast and on YouTube. Belmonte will also have a presence at NEPM events and other station initiatives.

After a yearlong national search, the board of directors at Jewish Family Service of Western Massachusetts (JFSWM) announced the hiring of a new CEO, Rabbi James Greene, who brings more than two decades of expertise in the Jewish nonprofit world from the interdenominational space of Jewish community centers (JCCs) and independent camps. JFS’s current CEO, Maxine Stein, whose vision and leadership was responsible for the agency’s unprecedented growth and expansion during her tenure, will retire at the end of January 2023. After 20 years of professional communal work, Greene sees the need for bringing core Jewish values to the work of building a stronger community and is excited by the challenge of empowering people to build better lives and growing organizational capacity to meet the needs of this unique moment at JFS. He spent nine years in the JCC movement, first as the program director at the Addison-Penzak JCC, and more recently as the assistant executive director for the Springfield JCC. In early 2020, he stepped into Jewish camping full-time as the executive director at Camp Laurelwood, where he successfully guided the agency through the pandemic, grew fundraising and grant revenue, took new programs from vision to successful execution in partnership with community agencies around the state, and oversaw the creation of a strategic vision to guide the organization into the future. Greene has a bachelor’s degree in Holocaust and Judaic studies from Florida Atlantic University, and a master’s degree in Hebrew letters rabbinic ordination from the Reconstructionist Rabbinical College. 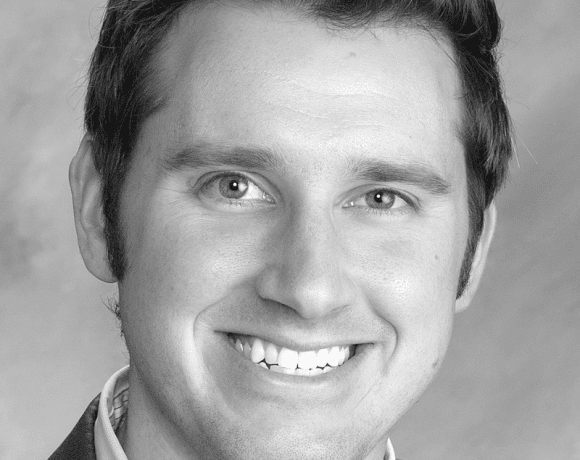