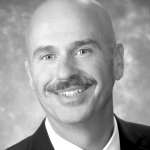 Country Bank President and CEO Paul Scully announced that Robert Kolb has been promoted to Executive Vice President, Chief Commercial & Retail banking officer. A banking professional with 33 years of industry experience, Kolb has been with Country Bank since 2012 as senior vice president, chief commercial banking officer. Before coming to Country Bank, Kolb worked at TD Bank as its Rhode Island market president. Prior to that, he held the same position the bank’s Central and Western Mass. divisions. “Since joining our team, Bob has brought an outstanding level of leadership to the bank,” said Scully. “He has completely embraced the unique mission of community banking, while helping us benefit from the insights he gained while working at a respected, larger institution. His contributions have helped both our employees and our customers, and his proven approach has become the cornerstone of our commercial-lending success.” Kolb serves on the Ware Business and Civic Board. 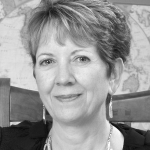 Jean Deliso has been named a member of the 2015 Chairman’s Council of New York Life. Members of the elite Chairman’s Council rank in the top 3% of New York Life’s sales force of more than 12,000 licensed agents in sales achievement. Deliso has accomplished this level of achievement after 30 years in the financial-services industry. Her passion for finance and strategic planning led to the creation of Deliso Financial and Insurance Services in 2000. She began her career in corporate accounting in Tampa, Fla., where she consulted with small-business owners on financial operations and maximizing performance. Deliso has been a New York Life agent since 1995, and is associated with New York Life’s Connecticut Valley General Office in Windsor, Conn. She serves on many boards in her community, including the Baystate Health Foundation and Pioneer Valley Refrigerated Warehouse, and is chairman of the board of the Community Music School of Springfield. She is past chairman of the board of the YMCA of Greater Springfield, past board member of AAA Pioneer Valley, and past trustee of the Community Foundation of Western Massachusetts and the advisory council at Bay Path University.

William H.W. Crawford, IV, CEO of United Financial Bancorp Inc. and United Bank of Glastonbury, Conn., announced that Rick Renaud, private mortgage banker for United Bank, has been elected to the 2016 Board of Directors of the Home Builders and Remodelers Association of Central Massachusetts (HBRACM).
The HBRACM Board of Directors is made up of various leaders from the area’s homebuilding and remodeling industry, including building contractors, suppliers and subcontractors. It also includes those who provide professional services to the home building industry such as designers, engineers, legal professionals and lenders. Renaud is part of United’s greater Boston-based loan production office led by Jim Picciotto, vice president and Eastern Mass. Sales Manager. Renaud, who has 15 years of experience in the banking industry, joined United Bank in April 2012 and is based at the bank’s Chadwick Square branch in Worcester.

Berkshire Hills Bancorp Inc. announced the following:
• Shawn Howard will lead investment strategies for the bank as its new Senior Vice President, Chief Investment Officer, Senior Portfolio Manager. Howard has more than 20 years of financial experience, with nearly 16 years in the asset-management space as a portfolio manager; he was most recently at TD Bank in the Private Client Group in Springfield, where he managed investment portfolios for high-net-worth individuals, nonprofit organizations, and institutional clients. He served in a similar capacity at Evergreen Investments and Mellon Private Asset Management Companies. Barney, a certified financial planner for more than 30 years, has rejoined the Berkshire Bank Wealth Management team after retiring in 2011. Prior to his retirement, he led the team for 17 years, growing the division to almost $700 million in assets;
• Tom Barney, First Vice President, Wealth Advisor, has joined the Wealth Management team. Barney previously served as vice president for Fleet Investment Services in Hartford, Conn., as well as vice president and private banker for Bank of Boston in Pittsfield, Springfield, and Hartford. He was on the board and served as president of the Estate Planning Council of Hampden County; and
• Colleen Lussier, Vice President and Wealth Advisor, has also joined the Wealth Management team. Lussier also joins the bank from TD Bank, where she was a wealth advisor for more than 16 years. Her expertise is concentrated in areas of trust and estate planning, business succession, and contract law. She is a certified trust and financial advisor and a registered financial consultant. She will assist in developing client relationships as well as trust and estate administration. 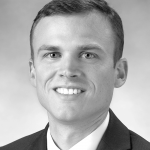 The independent accounting firm Whittlesey & Hadley, P.C., announced that Christopher Nadeau, CPA, has been appointed manager, joining the firm’s Holyoke office. Nadeau brings more than 10 years of experience in private and public accounting with a practice concentration in assurance, compliance, tax and advisory services to closely held businesses, professional/medical practices and the nonprofit sector —the firm’s largest niche focus. Most recently, he served as assistant controller for Worcester Envelope Company. Nadeau received his master of science in accountancy and Bachelor of Science in business management and accounting from Westfield State University, where he is currently an adjunct professor and member of the university’s Accounting Mentoring Program. He currently holds memberships with the Mass. Society of Certified Public Accountants, American Institute of Certified Public Accountants, and the Springfield/Hartford Chapter of the Institute of Management Accountants. 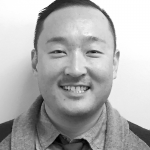 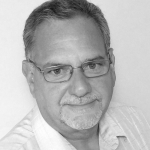 Ayre Real Estate Co. Inc. announced the following:
• Chris Martin recently joined as a Licensed Sales Associate. He earned a bachelor’s degree in biology from Western New England University, served in active duty for eight years in the Army, and is now a current member of the U.S. Army Reserve. He has a strong background in investment properties, formerly working as a senior partner in a real-estate investment group in Memphis;
• Tom Roberts has joined Ayre as a full-time real-estate sales associate. An Agawam native who started his real-estate career in 2003, he moved to the Myrtle Beach, S.C. area before returning to Western Mass. 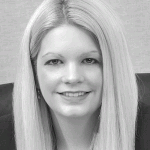 Royal LLP, a woman-owned, boutique, management-side labor and employment law firm, announced that Amy Royal, principal and founding partner of the firm, has been honored as one of New England’s Super Lawyers and has been included in the 2015 issue of New England Super Lawyers magazine. Super Lawyers consists of attorneys throughout New England who are nominated by their peers as outstanding lawyers, and each nomination undergoes an extensive selection process. With nearly 15 years experience, Royal has successfully defended employers in both federal and state courts as well as before administrative agencies in a variety of areas of employment law, including employment discrimination and sexual harassment, unfair competition, breach of contract and wrongful discharge claims, workers’ compensation, and Family and Medical Leave Act, Employee Retirement Income Security Act, and Fair Labor Standards Act violations, with a special emphasis on wage-and-hour class actions. Royal regularly advises non-union clients on maintaining a union-free workplace and performs other preventive work such as wage-and-hour-law compliance, record-keeping audits, drafting of employee manuals and affirmative-action plans, and management training. In addition, she assists unionized clients during contract negotiations, at arbitrations, and with respect to employee grievances and unfair-labor-practices charges. Royal’s accolades also include Massachusetts Lawyers Weekly’s 2012 Top Women of Law award recognizing her as a top woman lawyer in Massachusetts, as well as BusinessWest’s prestigious 40 Under Forty award recognizing her for outstanding leadership in the Pioneer Valley business community. 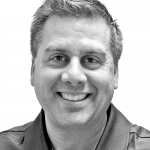 Drew DiGiorgio was appointed President/CEO of Consolidated Health Plans Inc. (CHP), effective Sept. 9, by the Berkshire Hathaway Board of Directors, including CHP founder Kevin Saremi. DiGiorgio has served as CHP’s president since 2013, and was previously director of Sales and Marketing. He began his career at CHP in 1995, shortly after receiving a bachelor’s degree in Business from Framingham State University. In his new role as CEO, DiGiorgio will provide oversight of the company, reporting to the Board of Directors. He will continue expanding CHP’s business services to best meet the needs of clients and customers, with a focus on quality service. CHP is an industry-leading claim administrator providing affordable health insurance and special risk solutions for thousands of policyholders worldwide. CHP offers student health and accident plans; employee health and dental plans; FSA and HRA administration; and participant accident insurance and back-room claim administration for carriers.
Tags: Business Management Employment Estate Planning Home Builders Insurance