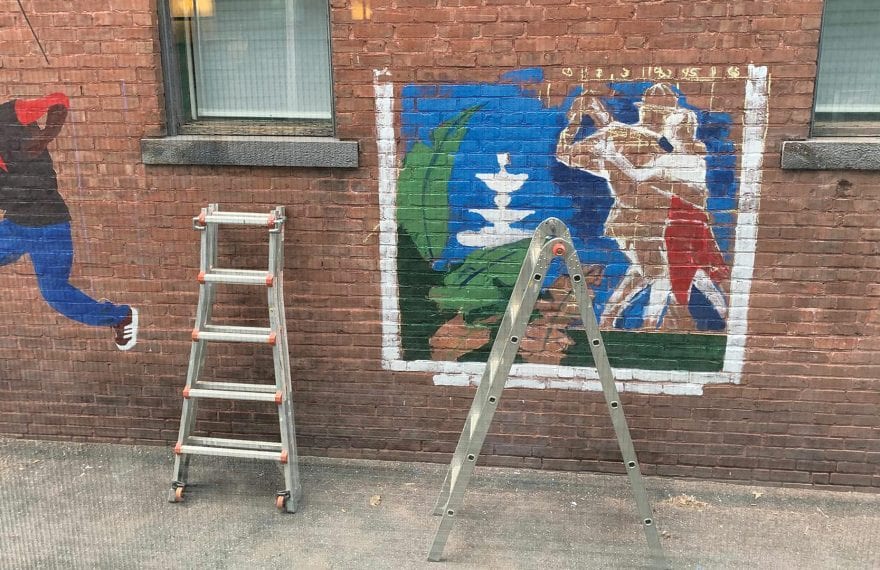 Restaurant Owner Says Reopening Will Be Exciting, but Scary, Too 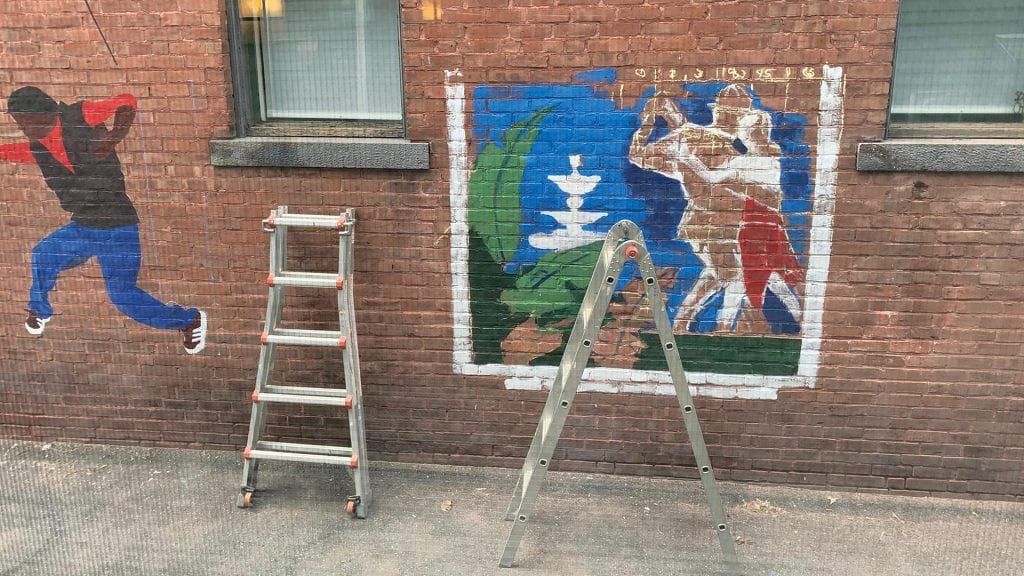 There’s a little alleyway beside Eastside Grill in Northampton that used to hold a few dumpsters and parked cars, but not anymore — it’s been converted into an outdoor dining space. Last week, local artists painted a mural of the Big Easy there, to reflect the restaurant’s New Orleans influences.

Reopening the restaurant’s doors is certainly big. But nothing about it has been easy.

“When they shut us down, I’ve never been so anxious in my life,” owner Debra Flynn said. “This is my life. This is my employees’ life; they depend on this income to pay their bills. It was really scary at first, and it still is, actually, because we don’t know what’s going to happen once we open up. We won’t be making as much money as we once did, and there are so many restrictions. What’s going to happen when we open?”

For that outdoor seating area, Flynn has a bistro feel in mind, with eight high-top tables, spaced at least six feet apart, that seat two diners each; she doesn’t want more than two to a table at first. The space is adorned by large donated urns, and local landscaper Justin Pelis donated some plants.

“Everyone has really come together,” she said. “I have an incredible staff. The executive chef has refined the menu to keep costs down, yet it’s creative and inventive, and my general manager has been running back and forth to Restaurant Depot to get things we need.”

They’ve both been multi-tasking for some time; in fact, a team of only four, including Flynn, have been maintaining a robust curbside-pickup and delivery service five days a week since early in the shutdown.

“It was very popular,” she said, before drawing on some hyperbole. “We went from zero to a million in two seconds. We’ve never done anything like that, and that first week we opened, we were going very quickly.”

At first, the restaurant offered its fare through curbside pickup — the customer would pay over the phone, and the food would be handed through the passenger-side window — or delivery, to Northampton destinations initially, but that’s being expanded to Hatfield, Florence, Leeds, and Easthampton.

“I don’t know if delivery is ever going to go away,” she added. “For people who don’t want to sit at a table, they can take it home. Especially for the elderly, it’s been great.”

Flynn was able to access a Paycheck Protection Program (PPP) loan, but even that was fraught with anxiety.

“No one was telling us how it worked; nobody knew anything,” she said, adding that she was thrilled when the PPP guidelines were changed last week, extending their use by an additional eight weeks — which is critical for restaurants that had little or no work available for their teams over the first eight weeks of the loan.

She had the aforementioned skeleton crew making and delivering takeout, but what about the bartenders? “The bar is closed right now — sure, you can take out beer and wine in bottles, but you don’t need a bartender to grab a bottle. The bar won’t be open until phase 3 — maybe phase 4. No one’s allowed to set up a bar.”

When the governor says restaurants can open, Eastside’s hours will shift again, to Wednesday through Sunday, with a longer day on Sunday: noon to 8 p.m., marking the first time Eastside Grill has effectively served lunch.

“I cannot wait to reopen, even if it’s going to be 16 seats on one side of a small patio. It just generates people being out and being happy and being able to have a drink again — come in, have a cocktail, have an appetizer and dinner, and relax.”

It’s all part of being creative at a difficult time, one she knows isn’t exclusive to restaurateurs.

“Retailers are having it bad, too,” Flynn said. “With curbside pickup, nobody can try anything on because they can’t go into the building. So retailers have it as bad as restaurants do.”

Still, she noted, the restaurant industry is in many ways unique in the challenges it will face when it can once again serve guests.

“I cannot wait to reopen, even if it’s going to be 16 seats on one side of a small patio,” she said. “It just generates people being out and being happy and being able to have a drink again — come in, have a cocktail, have an appetizer and dinner, and relax.”

After all, dining out is an experience, one that can’t be replicated by takeout food, no matter how tasty.

“It’s the feeling of being served — that’s what it’s all about,” she told BusinessWest. “We were never a takeout business, and it took a while to make the food look nice. We’re used to putting it on a plate and making it look appetizing. Takeout is a whole different ballgame; people eat with their eyes, and a lot of times takeout doesn’t look as pretty.”

Flynn was quick to add, however, that the takeout ‘plating,’ if one could call it that, did begin to look nicer as the weeks wore on. Not as good as reopening the doors will look, when she and her team can begin serving up that New Orleans culinary spirit in person once again. 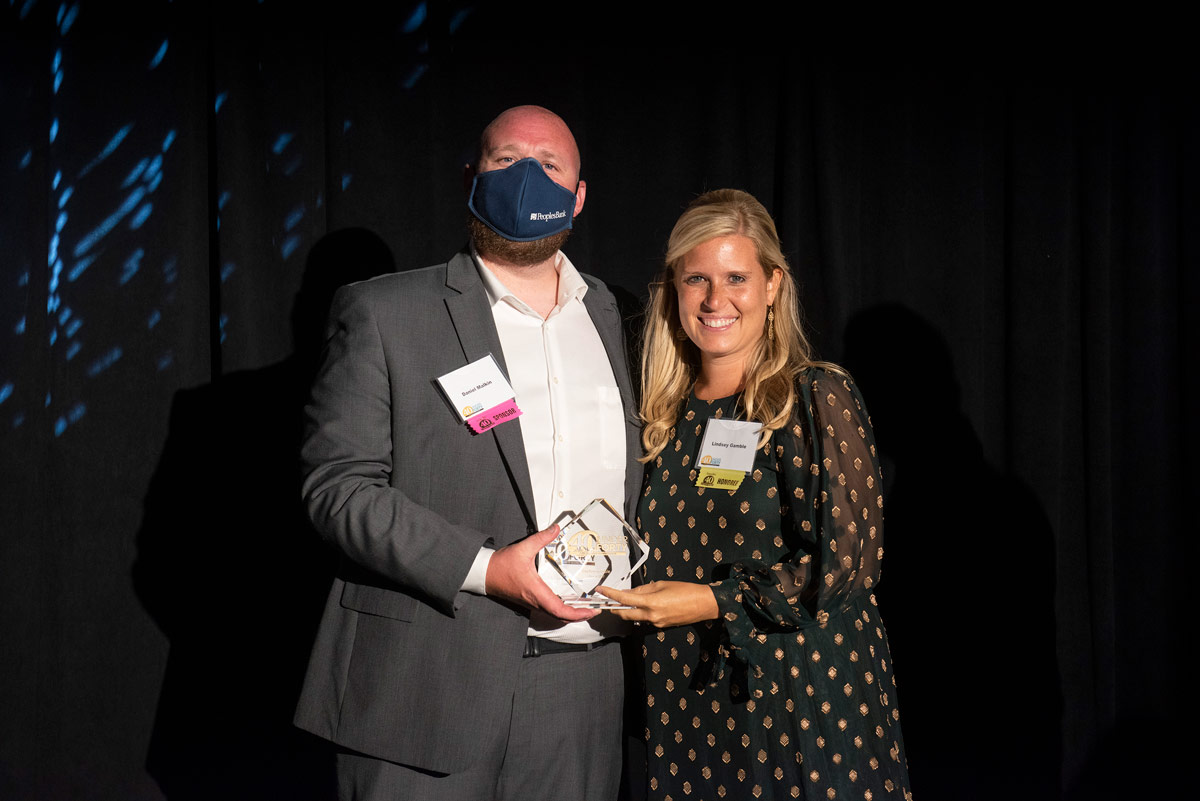