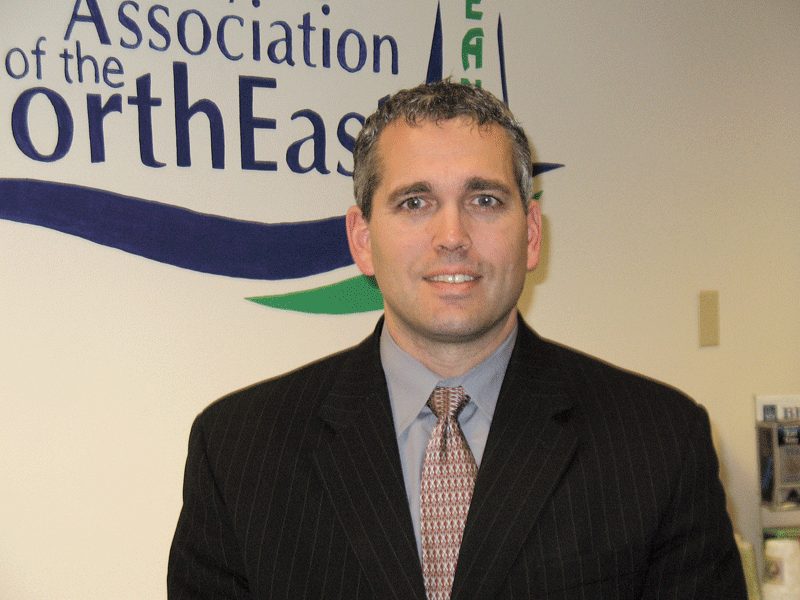 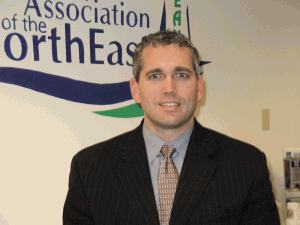 Mark Adams says some companies are starting to realize that barring all social-media use can be counterproductive.

Business owners and managers are increasingly realizing that social media is here to stay, but it’s not easy to craft workplace policies for social networking that are effective and enforceable. The challenges arise in three sticky areas: personal online activity during work time, companies controlling their own Internet presence, and employees badmouthing their employer through social-media channels after work hours. The answers don’t come easy in any of these cases, but popular opinion — and legal precedent — are beginning to crystallize.

As director of HR Services for the Employers Assoc. of the NorthEast, Mark Adams deals with some 800 area companies. And one aspect of the modern workplace has been particularly confounding for them.
“In some of the discussions I’ve had with companies, when social media comes up, there are some very strong viewpoints on it,” said Adams. “Some say they don’t want it in the workplace at all, that they abhor it in the workplace. They figure it’s a drain on productivity and can create a disturbance.”
But companies that see social media as more of a nuisance than a tool are missing an opportunity, said Christine Pilch Mancini, social media strategist, speaker, and trainer with Grow My Company.
“We’re in a world of emerging technology, and social media is a tool to get work done these days,” she said. “It allows quicker collaboration with other people to solve problems, and it allows people to share ideas.”
But it also poses a conundrum for employers who don’t want their workers distracted by online chatter during work hours — and who, in many cases, have instituted policies curbing its use, or blocked sites like Facebook and Twitter outright.
In the age of Web-enabled smartphones, Pilch said, that’s simply misguided. “Quite frankly, companies that are trying to block social media are sticking their heads in the sand, because every employee is holding the Internet in their pocket.”
So what’s an employer to do?
“Some companies use social media as a positive tool, or they acknowledge its existence and are providing some meaningful use of it,” Adams said. “For example, employees can use it on their own time — break times, what have you. In that respect, it’s akin to what some companies do with e-mail; they’re not going to bar all personal e-mail.”
Pilch Mancini and Adams are hardly alone in their assessment of the social-media paradigm at work; in fact, others go so far as to argue that tweets and status updates actually contribute to a healthy work environment, although most U.S. employers have yet to see it that way.
Socialcast, a microblogging platform, surveyed 1,400 chief information officers at U.S. companies and found that only 10% of those employers allow unlimited social networking on work time. Another 19% allow access for business purposes only, while 54% do not allow employees to use social networks for any reason while at work.
However, according to a University of Melbourne study, employees who engage in ‘workplace Internet leisure browsing’ — such as watching videos and keeping up to date with friends — while at work are 9% more productive than those who don’t.
The reasons touch on the benefits of a satisfied and de-stressed workforce, but Pilch said there are morale issues involved as well. “If you’re blocking social media, you’re telling employees you’re not treating them like adults and respecting them enough to know how to delegate their time and still get their work done.
“This is how people communicate,” she continued. “Employers allow personal phone calls at work. Every child has to be able to talk to their parents; people need to be able to talk to their family members. Husbands and wives communicate on the phone every day.”
Social media, she said, “is another means of communication, and if you slam that shut, employees will default to the other Internet in their pocket. Would you rather someone checked their computer screen once in a while for instant messages, or checked their Facebook or Twitter account, or had their nose in their cellphone all day? Because that’s what you’re going to have” by barring social media at work completely.

Honing the Message
That’s not the only new ground employers are navigating when it comes to social media. Completely different issues swirl about how a company presents itself on social-media platforms, and who controls the message.
“As far as corporate use of it, for marketing purposes, where we see companies getting into problems is consistency of substance and who is going to post things up on a company’s Facebook profile,” Adams said.
“Is it going to be centralized or decentralized? And if it’s going to be decentralized, does the content still have to be vetted, or left up to the individuals? Are there standards on how to craft those messages? There are a lot of companies that craft policies that don’t get into all those details,” he explained, while other businesses might have little if any consistency about how those policies are enforced.
Joshua-Michéle Ross, vice president of consulting firm O’Reilly Radar, writes in Forbes magazine that social media is an opportunity for savvy businesses, but employees shouldn’t be sent in without training.
“Begin from a position of trust,” he writes. “While there are possible negatives involved in having employees on the social Web, most employees have common sense. Begin with a set of possibilities first (increasing awareness, improving customer service, gaining customer insight, and so on), then draw up a list of worst-case scenarios (badmouthing the company, inappropriate language, leaking intellectual property, to name a few).”
Among the guidelines Ross suggests are: listen before jumping into a conversation; be upfront about your relationship to the company; show your personality (“you weren’t hired to be an automaton”); respond to ideas, not people; know your facts and cite sources; own up to mistakes; and never say anything online you wouldn’t say to someone’s face or in the presence of others.
In general, Ross concludes, companies should “encourage employees to use social tools to engage and interact with one another and with customers. In all likelihood they are already using the social Web. The difference is that currently they are using these tools without any guidance.”

Letter of the Law
Often, however, it’s employers who need guidance on social-media use, particularly when the law becomes involved.
“The National Labor Relations Board has said that, when employees converse among one another in a social-media context, that can be protected activity under the National Labor Relations Act,” Adams said. “We’ve seen a number of cases where companies have taken adverse action on people for discussions in a social-media context; that can be unlawful.”
Indeed, the NLRB has dealt with a number of cases over the past year alone in which employees were fired for badmouthing their employers through social-media channels away from work — and has come down fairly consistently in favor of the employee. 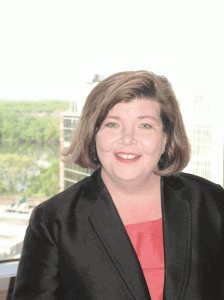 “An employee’s speech is usually protected as long as it’s not publicly disgracing the employer,” said Meghan Sullivan, an attorney with Sullivan, Hayes & Quinn in Springfield. But even that description can be stretched, she said, noting that a recent case involved a worker using some fairly salty language to insult his boss — but, because it was posted in the context of some specific workplace complaints (how the company applies certain tax withholdings), the NLRB determined it to be protected speech.
“Employers definitely need to be careful,” Sullivan said. “The board has been looking very closely at employers’ policies and insisting that they be designed in such a way that they don’t restrict employees from talking with each other about the workplace, or determining whether the policy may be so overly broad that somebody thinks they’re not supposed to talk about the workplace.”
In one example, a hospital established a social-media policy forbidding employees from posting “anything confidential.” The hospital intended only to protect confidential patient data under the Health Information Portability and Accountability Act, but employees were confused by the language and thought they couldn’t discuss anything work-related online. “You’ve got to be more specific than that,” Sullivan said.
When a complaint arises from an employee alleging unfair treatment in a social-media situation, she continued, “the first thing the board’s going to look at is your policy, and whether it infringes on employees’ rights under the National Labor Relations Act to engage in protected speech.”
And if workers are allowed to badmouth their bosses online, it’s even more difficult to regulate employees simply naming or neutrally discussing their employer — although some businesses have tried.
“Some companies I’ve worked with have tried to regulate mentioning the company employees work for on their own personal pages,” Adams said, “but more and more, they’re realizing that they’re hard-pressed to enforce those standards aggressively.
“It’s an area where technology is ahead of what the law cases are,” he added. “Technology is evolving at such an extraordinary pace that we always have to catch up to it.”

Bottom Line
It seems as if social media is here for the long haul, said those we spoke with, and employers are better off understanding its dynamics and channeling their employees’ energies than cutting off something that is becoming as ubiquitous as e-mail.
“If your employees are using Facebook at work, they are also likely checking work e-mail after dinner or at odd hours of the day. Don’t ask them to give up the former if you expect them to continue the latter,” Ross writes. “If you have good performance measurements, playing the ‘lost productivity’ card is a canard.”
Pilch Mancini agrees. “If you really are concerned about social media sapping the productivity of your employees,” she said, “maybe you need to take a good, hard look at who you have working for you. There are plenty of other temptations to take you away from your work, and good employees know how to delegate their time.” 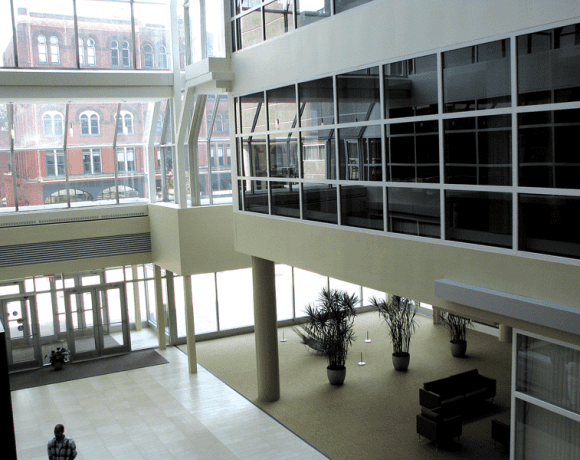 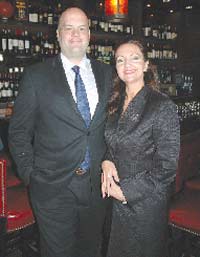