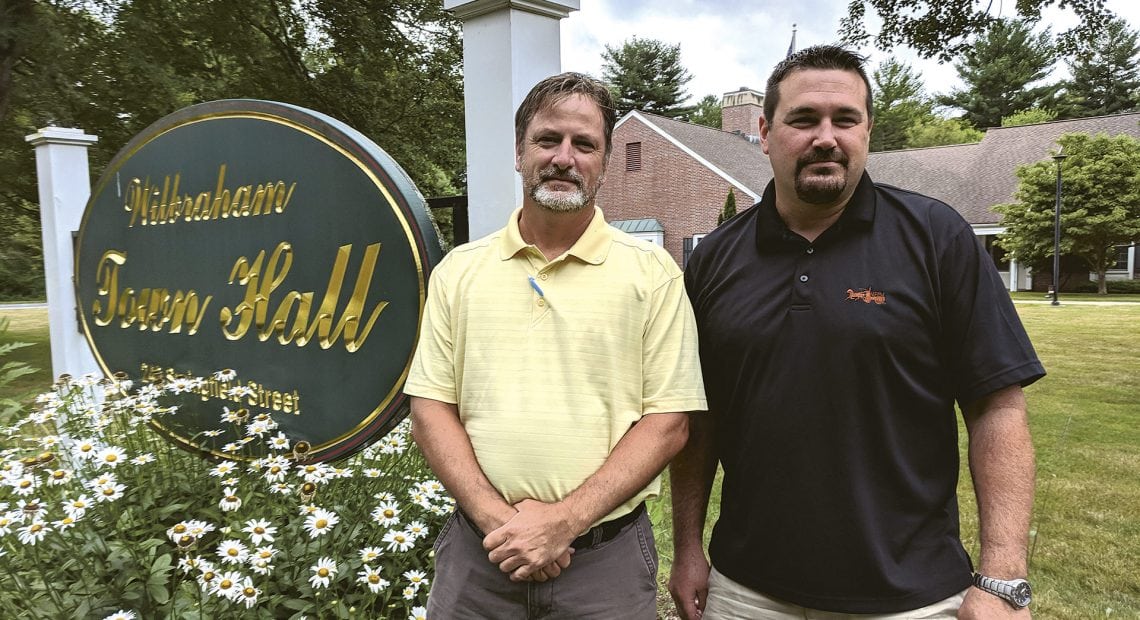 Wilbraham Strives for a Healthy Balance 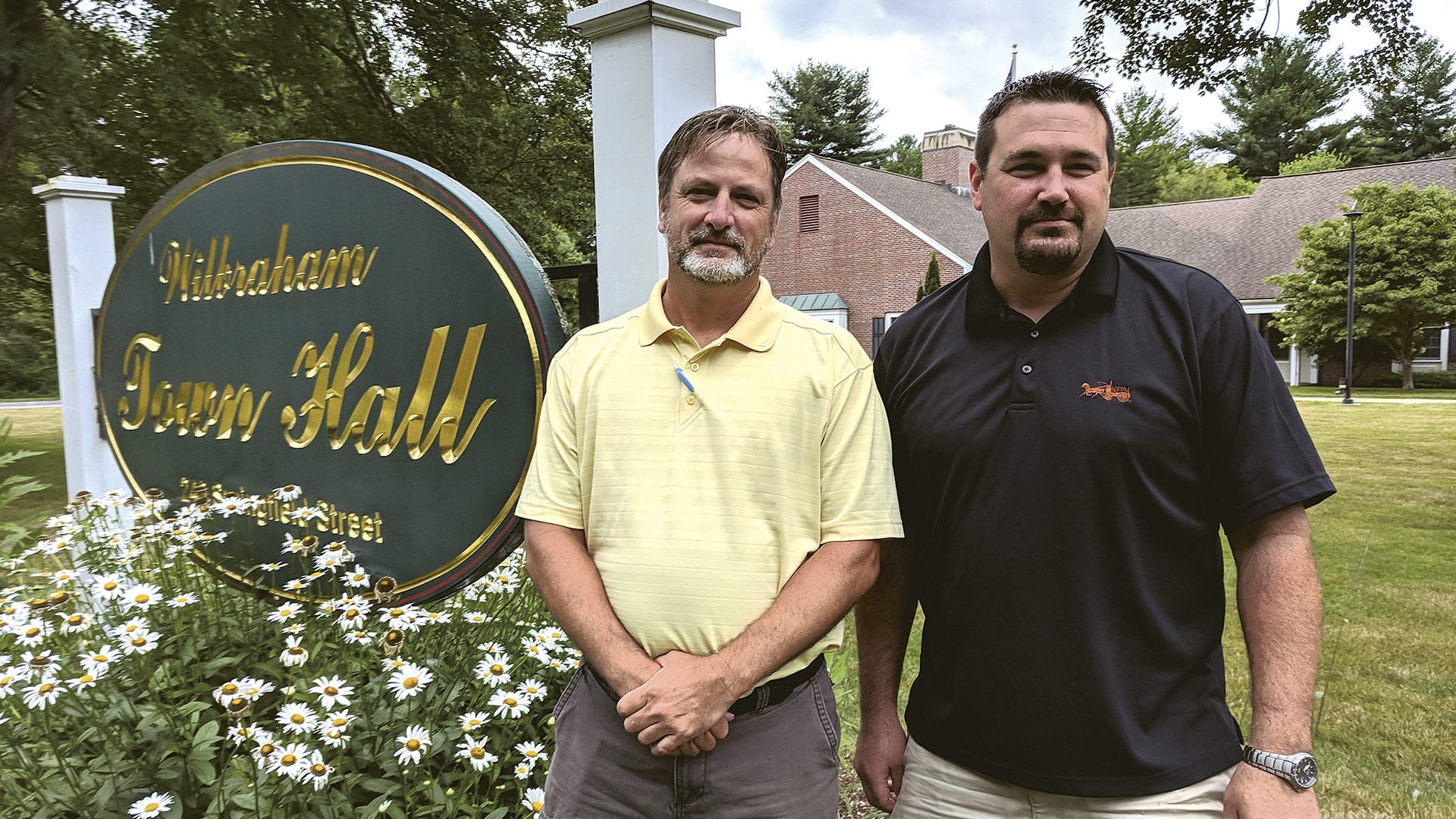 Being pro-business, Jeff Smith says, doesn’t mean letting just any business set up shop in Wilbraham — but it does mean giving every business a fair shake.

Take, for example, Iron Duke Brewing, which is moving to town after a successful but eventually contentious stay at the Ludlow Mills. Because Wilbraham had no zoning for microbrew and brewpub establishments, the town’s Economic Development Initiative Steering Committee (EDICS) recommended a zoning change that eased the path for not just Iron Duke, but also Catch 22 Brewing, which is setting up shop at the former Dana’s Grillroom on Boston Road.

“One of the reasons why [Catch 22] said they came here was because we had specific zoning for what they wanted to do,” said Smith, the town’s Planning Board chairman, giving one example of how a zoning change can have effects beyond its initial motivation.

“One of the reasons why [Catch 22 Brewing] said they came here was because we had specific zoning for what they wanted to do.”

“When somebody comes into town and is interested in locating a business here and we don’t have specific zoning for it,” he added, “the Planning Department, the Planning Board, and the town itself take a hard look at the zoning and say, ‘is this the type of operation we’d like to see here? Maybe we should put zoning in place, and we can pitch it to the town, and if it’s not appropriate and the town agrees, they can vote accordingly at town meeting.’”

The same thing happened when the town lifted a long-time moratorium on new gas stations. As soon as that happened, Cumberland Farms bought some real estate in Post Office Park along Boston Road, with plans to open a 24-hour facility.

“We tried to have some foresight,” Smith told BusinessWest, adding that the Route 20 corridor used to have five gas stations, but that number had shrunk to two since the moratorium went into effect. “We said, ‘OK, why don’t we allow gas stations?’ It was something a previous Planning Board had put it in, but we said, ‘why? Things have changed. Maybe this is a good time to take a look at this.’ And as soon as we did, Cumberland Farms came in and located here.”

Bob Boilard, who chairs Wilbraham’s three-member Board of Selectmen, said he’s not an advocate of locking up decent, buildable land in perpetuity, or keeping out entire classes of businesses for no reason.

“There’s got to be a common-sense approach,” he said. “There are people in town that would say, ‘let’s stop now. No more building in Wilbraham.’ But you can’t do that. You have to have a tax base and controlled growth to support the town. It’s a balancing act. Open space is great, and we do a great job with that, but we have to consider each individual thing that comes before us.”

Smith added that town officials try to be both reactive and proactive, recognizing current needs but also anticipating future ones. “We want more businesses and more enterprises to locate here in our business district.”

Boilard said the town has worked in recent years to streamline the process for businesses to set up shop there.

“Planning and Zoning have done a great job adjusting things to make it easier for businesses to come in, and when they do come in, they complement us on the ease of communication, the ease of getting things done,” he said. “We don’t put up brick walls every so many feet for these guys; we try to make it as easy as possible to come in and do business in Wilbraham.”

The nine-member EDICS has been integral to that effort, Smith said. “Let’s say you’re XYZ Inc., and you want to locate your business in Wilbraham. What do you do? What’s your first step? Where do you go? How do you know if there’s zoning for your business?”

One project the group wants to tackle is creating a comprehensive section on the town’s website to answer all those questions.

“They’re proposing updating the website to a more modern platform that’s more user-friendly, and then adding a business or a ‘locating your business here’ page that would essentially have a checklist: the first step is to talk to this person, here’s their phone number, here’s their e-mail.

“That way, people come in prepared,” he went on. “As a member of town government, we hate to have somebody come in unprepared and then have to tell them, ‘hey, you’re going to have to come back to the next meeting, and that’s a month away.’ So if they can get a lot of questions answered and come prepared, it’s smoother for everybody.”

The committee is also looking into creating marketing materials, both online and in print, outlining what Wilbraham has to offer — such as its access to rail and a single tax rate — that make it appealing to locate a business here.

Not every development proposal has gone according to plan. A recent effort to allow a mixed-use development in the town center, in the area of Main and Springfield streets, failed to garner the necessary two-thirds approval at a town meeting, falling short by about a dozen votes.

“It’s a very sensitive area,” Smith said. “One thing I’ve learned in my six years on the Planning Board is that people are very hesitant to change. In the long run, I think we take our time in this town and we do things right, and the end result is good. But in the beginning, there’s an air of skepticism toward changing something — which I don’t think is a bad thing.”

But it can be tricky, he went on, when a developer wants to move forward with a proposal that could create added energy in the center, especially when other mixed-use facilities, grandfathered in when the town put a hold on others like it, already exist.

“People understand there’s some vacant buildings there, and we could make changes that would probably make them not vacant and make it more vibrant,” he explained, “but I think there’s a fear that would be a change they may not like. So we have to tread lightly and move carefully with the center of town and make sure we get as much input from the people of the town as possible.”

In the end, he said, town officials didn’t do the best job conveying why such a development would be a positive. “It was a close vote, which is good because there are a lot of people in favor of it, but at the same time it tells me we have more work to do.”

It’s a challenge, Boilard said, to build a more vibrant town in an age when people’s lifestyles have been altered by technology, declining school enrollment, and a host of other factors. “The generations are changing, and society changes, and that happens everywhere.”

For example, Smith said, the Boston Road business corridor was originally built around retail, but bricks-and-mortar retail establishments struggle in the age of Amazon, and the concept of what a downtown or business center looks like today has shifted immeasurably since the 1970s, or even the 1990s.

“When I was a kid, I would get on my bicycle — I lived near Mile Tree School — and I could drive to the center of town. My dentist was there, Louis & Clark filled all of our prescriptions, the gas station would fix your car or come jump your car in your driveway, my pediatrician was right on the road there, the post office was there, and the village store was there, selling sandwiches and stuff. Everything you needed was there.”

Today, he went on, “you don’t see as many kids out riding their bikes. Those things that I mentioned aren’t really there in one convenient package. Things are different. So we’re trying to put in or modify zoning, potentially bringing some mixed-use components or do something to revitalize those areas, and it’s tough to balance that with … I don’t want to say a fear of change, but there’s an apprehension toward change in the wrong direction.”

Boilard said Wilbraham remains an attractive destination for new residents, with a well-run and well-regarded school system, although real estate in town can be pricey. “It can be hard for new families to come in and be able to afford Wilbraham. I wish we could have an impact on that, but it’s the way economics and demographics are.”

That said, several new subdivisions have gone up in recent years, with a trend toward modestly sized houses, which are selling faster than larger homes, and developers are designing projects accordingly, Smith said.

“Residential growth, in my time here, has been pretty consistent — I would say slow but always moving in the right direction,” he explained. “There’s not a ton of available land in town. The last subdivision to go in was an old farm that was in a family for a long time, and it wasn’t being used as a farm anymore. So a developer purchased it and divided it up and put in a subdivision.”

Compared to other towns in the area, he went on, Wilbraham does a good job of protecting and managing open-space and recreation parcels. “Every time a parcel is brought to the town to be purchased or donated as open space, the town is seemingly in favor of those purchases.”

But controlled growth is the goal, he added, and a balance must be struck between commerce and open space. “There’s a tax base that has to be built, and we try to build it with as much business as we can. We’ve turned down pieces of open space offered to the town — ‘no, we’re all set; put it on the open market, develop the property and get some tax revenue going.’”

One area Wilbraham does need to improve, both Boilard and Smith said, is in the area of volunteerism and civic involvement.

“Town events are well-attended, and that’s great,” Smith said, citing examples like the Spec Pond fishing derby, the Run for Rice’s 5K, the Thursday night concert series, the revamped Peach Blossom Festival, and the Christmas tree lighting. “But I would love to see more participation in the planning.”

Boilard agreed. “People complain we don’t have an event, but nobody wants to volunteer to run it. It’s always the same core people stepping up to volunteer,” he said, adding that this trend applies to town-meeting attendance as well.

For example, a recent public hearing on raising the minimum smoking age in town to 21 drew mainly support from the residents in attendance. “Then the phone calls started rolling in — ‘I can shoot a bullet in the Army at 18; why are you doing this?’ I said, ‘where were you Monday night? Why didn’t you come in and talk to us?’”

Smith called the numbers at town meetings “painful” — particularly considering the work that officials put into preparing for them. “I like it when there’s an angry mob in here. That’s good. We want some feedback. But participation could be better.”

After all, he and Boilard said, engaged residents are informed residents, all the better equipped to steer Wilbraham into its next phase of controlled growth. 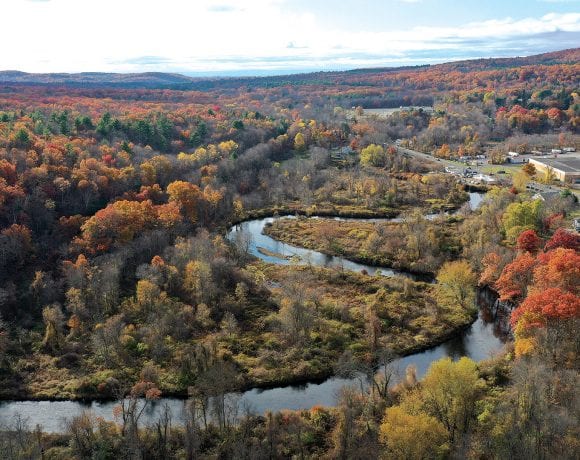