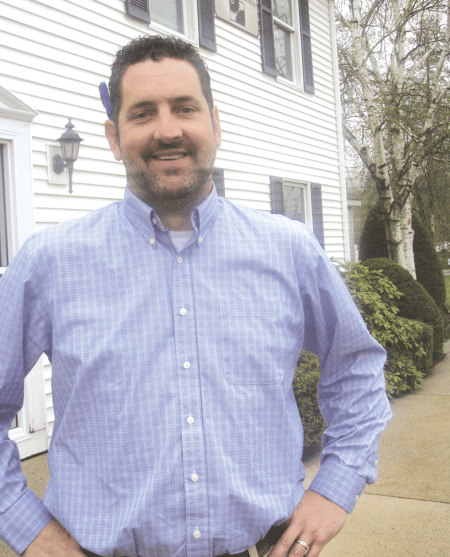 Thirty years ago, Rick Giombetti developed a concept, called Performance Dynamics, that links personality with business productivity and potential. His Hampden-based company, Giombetti Associates, has grown significantly since then, helping hundreds of companies succeed by understanding personalities and building better leaders. His son, Ross, recently took the reins of the firm, but doesn’t expect much to change — least of all the passion he and his father share for making a difference in clients’ lives.

It’s not always easy, Ross Giombetti says, to be a client of his business-consulting firm, Giombetti Associates.

“We want to build the relationship and build the trust so clients know we care about the demands of their business, then deliver feedback that is true, real, and honest — tell them what they need to hear, not what they want to hear. And sometimes it stings,” said Giombetti, who recently succeeded his father, Rick — who co-founded the Hampden-based firm 30 years ago — in the president’s chair.

“I’ve certainly been called ‘direct’ before,” Ross went on, “but you’ll also find we back that up with support and compassion, so when we have to deliver a message you’re not going to like, you walk away trusting it, and knowing it’s what you needed to hear to make you and your organization better.”

That message varies wildly from client to client, as it always has; Giombetti Associates deals in leadership development and training, team-building, talent acquisition and recruitment, pre-employment assessment, and strategic executive coaching, among other roles.

“But the foundation of it all is building high-performance, world-class companies through people,” he explained — an idea he would return to several times during his talk with BusinessWest.

“There’s one constant in every business, regardless of size or industry — people, who have character traits that drive their behavior, and can cause issues and conflict,” he explained. “Our clients come to us to help them solve challenges related to personality and leadership. It could be they have a team that doesn’t get along really well or isn’t maximizing their potential or their results. There could be a talent gap in the organization that they want us to help solve, or it could be them wanting us to protect their business from making bad hiring decisions.”

The heart of Giombetti Associates is a concept called Performance Dynamics — a means of assessing personality and understanding how it affects behavior in the workplace — created in 1986 by Ross’s father, Rick, and his business partner, Paul Alves. At the time, the pair — former human-resources professionals who had struck out on their own — had virtually no money, and even scraping up enough to fly to Washington to visit the U.S. Patent and Trademark Office was a challenge.

But their idea paid off, and today, the company boasts hundreds of business clients worldwide — from mom-and-pop operations to Fortune 500 companies — helping them make hiring decisions, train executives, build leadership skills, handle office conflict, and perform a host of other interpersonal tasks.

Simply put, Performance Dynamics explores personality and applies it to leadership in business. Before quitting his job to become a consultant 30 years ago, Rick Giombetti used his human-resources experience and psychology education to develop personality-assessment exercises that companies could use to understand and manage their hiring and personnel issues. These assessment tools measure factors ranging from personality traits and mental maturity to overall understanding of leadership and how people cope with conflict.

“They’re validated and defined by major psychological think tanks,” Ross said. “We put them together in a trademarked process. My father and Paul Alves, they were well beyond their time, extremely progressive as it related to personality and leadership. That’s how it all started — with a dream and a philosophy.”

With clients boasting anywhere from five employees to 100,000, in industries ranging from landscape design to advanced manufacturing; from medical facilities to banking and insurance, the one common denominator is people, he went on. “That’s one reason why we work in all those different industries. You can change the function, change the geography, but people exist in every single one of them.”

When a company hires Giombetti, it should be ready to talk.

“Our work is a combination of things and involves a lot of fact finding, a lot of exploration, a lot of open-ended conversations in an attempt to get to know a person, a team, an organization, or an entire culture. That’s where we start,” he said.

That said, “we don’t take on new business without knowing what we’re walking into. They have to believe philosophically same things we believe. If they don’t, we’re not afraid to walk away from business. We’re not afraid to fire a customer.

“Once we know what we’re looking at,” he explained, “to really help develop an individual, a team, or a culture, we have a series of personality instruments we use that go really deep, identify the ‘why’ behind the ‘what.’ It’s not hypothetical, not conceptual; it’s concrete and real.” 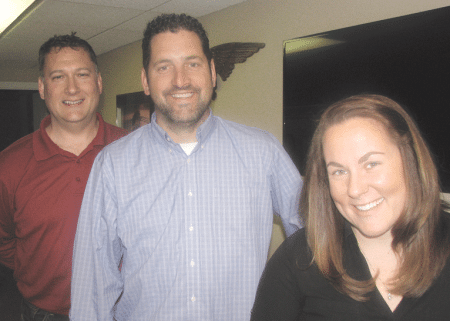 A few of the team members at Giombetti Associates, from left: Miklos Ats, Ross Giombetti, and Amanda Collins.

As one example, he cited a client in the Midwest founded on the core belief of purpose-driven products. “They don’t really care as much about the money they make or the success they have; they want their employees to wake up with purpose. So they’re founded on the right philosophy.”

However, Giombetti went on, the company’s leader was simply too nice and struggled with making difficult decisions, and that held his organization back.

“I’d like to think that, after working more than five years with them, his own leadership and the culture as a whole have gotten much stronger and better,” he said. “They now blend family and balance of life with accountability.”

After all, he continued, bosses can care deeply about their employees’ family time, work-life balance, and having fun at work, but at the end of the day, there has to be accountability and a focus on growing the business. Now, he said, “their organization is an example of an organization we would all want to work for.”

Another client — a local firm, Notch Mechanical Constructors in Chicopee — had a much different issue. It’s a company run by five siblings who balance their input well. “They maintain boundaries and keep each other accountable and grounded, and they make good business decisions,” Giombetti said. But they struggled with finding a strong financial leader.

“We have close to a 20-year relationship with this family, and we wanted to make sure they hire the right person. We went through a lot of due diligence, and it took us longer than we or they would like, but the story has a happy ending. We found somebody who is a great cultural fit — the same philosophy, grounded, humble, but tough and smart. They’re pretty happy with the decision we made. Sometimes making the right decision takes longer.”

In both cases — a company leader who had to change his way of thinking, and bringing in the right person from the outside for a key role — it all came down to the importance of people, he stressed.

Giombetti currently employs six people and is actively looking for a couple more to meet the needs of an expanding client base nationwide.

“But we’re careful about the business we take on,” he said. “We don’t take on business just for the sake of growing. That philosophy will never change as long as I’m tied to the organization. I learned that from my father, that bigger is not always better; better is better. I want to do it the right way, to continue to treat our clients like their business was ours, and I don’t want to lose touch with the close relationships we have with most of them. So we’re really careful about how we run our business.”

In part, that means running the business like that client in the Midwest who prioritizes his workers’ lives away from the office, saying he wants to do the same for team members like Miklos Ats, senior associate; Amanda Collins, office manager (who’s being groomed for a larger, human-resources generalist role), and Monica Childers, who doesn’t have a title beyond ‘protector’ and ‘boss of all of us,’ Giombetti joked.

“When I’m not working, I’d rather be spending time with my wife and three kids and a million hobbies,” he said. “I’d rather see Mik spend time with his lovely wife and go eat at more great restaurants. I’d like to see Amanda spend more time honing her trivia skills, and see Monica spend more time with her awesome husband, who recently learned how to make sushi, and their fantastic two boys. We believe in ‘work hard, play hard.’”

At the same time, he wants the firm to continue giving back to the community, through its efforts with Habitat for Humanity and other local organizations. Meanwhile, Giombetti coaches youth sports and launched a mentorship program at Minnechaug Regional High School in 2012 — efforts that, along with his business success, contributed to his selection to BusinessWest’s 40 Under Forty class of 2016.

“We’re passionate about developing young people,” he said. “Most students don’t know who they are or what they want to do, but if we can help them better understand who they are, they’ll have a lot less stress and anxiety in their young life and career.”

These efforts are just one more way Giombetti is committed to the Western Mass. region. “The Pioneer Valley will always be our home. I don’t have visions about moving our office into a big city to be closer to bigger business and more opportunities. I’m happy being where we’re at, doing what we do, supporting awesome clients and individuals.

“Philosophically, we treat our clients’ businesses like our own, and we’re going to protect that,” he went on. “Our clients trust us to know their people, know their culture, know their business, and protect it like it was our own.”

As for Ross’ father, Rick Giombetti may have relinquished his president’s title this year, but he remains active in some project work as a strategic advisor, which Ross appreciates. “His legacy will live on forever here. He’s a fantastic leader.”

One who has long been committed to building up the leadership potential of others, a passion he certainly passed along to his son.

“It sounds cliché, but I wake up every morning truly being motivated to inspire people and make a difference,” Ross said. “When students are coming out of college, when they’re asked the question, ‘what do you want to do?’ a majority say, ‘make a difference,’ but they don’t know what that means — and don’t know how. 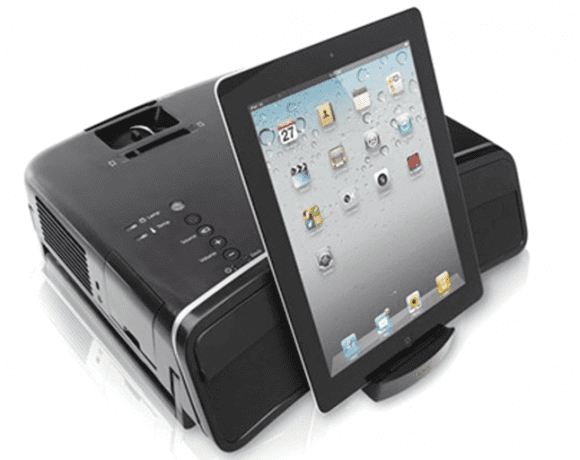