Andy Yee was still slogging — his word, and he would use it more than a few times — through the holiday season when he talked with BusinessWest for this Outlook section. But he was already thinking about the next one and what it might be like.

And his thoughts were colored with optimism.

“I think there is going to be a lot of pent-up demand,” he said, referring to that day when the clouds eventually lift and people feel confident returning to restaurants and especially indoor dining. “People have been cooped up a long time. I know people who haven’t been out, and have barely left their houses, since March. When this is over, people are going to be ready to get out and go on the town.”

While he feels confident in that assessment, and even offered a timeline of sorts — projecting some improvement by spring as vaccines are rolled out, much more by summer, and perhaps something approximating normal by Q4, or certainly next holiday season — what he doesn’t know is how many restaurateurs currently doing business in the region be along for that ride, whenever it does come. 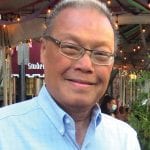 “People have been cooped up a long time. I know people who haven’t been out, and have barely left their houses, since March. When this is over, people are going to be ready to get out and go on the town.”

Indeed, several have already been forced to shut their doors, he said, and others will be challenged to survive what will likely be another several months of slogging, even with the promise of additional help coming in the form of support from the state.

“January and February are traditionally leaner months — people have that holiday hangover, although I’m not sure what that will be like this year,” he noted. “It’s going to be hard for some people to hang on. There will be some casualties; there will be more closures.”

There have been several already, due directly to COVID-19 or perhaps the pandemic accelerating the timeline for retirement, said Yee, adding quickly that the number of additional losses to the landscape will be determined by a number of factors, from how quickly and effectively vaccines reach the general population to the level of confidence people have with going back out again, even with a vaccine, to the overall experience level and savvy of the restaurateurs in question.

“This really will be survival of the fittest,” he told BusinessWest, adding that his definition of ‘fittest’ is those with the experience and will to maneuver through this whitewater. “There are some people who have been doing this a long time, and this is a tough business; these are the ones who will probably buckle down and adjust to leaner times.”

Summing up 2020 and speaking for everyone in his sector, Yee said it’s been a long, long, long haul.

Indeed it has, a nine-month stretch of restrictions that have varied in their severity, but have been generally punitive to restaurateurs, limiting how, where, and when they can serve diners. Some have fared reasonably well with takeout, outdoor dining, and reduced indoor seating, he noted, but none are doing anything approaching what they were doing a year ago, revenue-wise.

And many have decided they can’t continue to slug it out, he said, noting closures up and down the Pioneer Valley and also in the Berkshires. As bad as it’s been, it’s been far worse in major cities with much higher commercial lease rates, he told BusinessWest, adding that Boston has been devasted, and perhaps 35% of all the restaurants in New York will chose for good due to the pandemic.

Despite the devastation, the pandemic did provide some positive learning experiences, especially when it came to outdoor dining, something few restaurants had tried, but now were all but forced to undertake. It’s something that may become a permanent fixture.

“It has been a good learning experience for us,” he said, citing the Student Prince in Springfield as perhaps the best example from within the Bean Group of an establishment that invested heavily in outdoor dining and saw some success. “We are going to try to emulate that and duplicate that next year.”

Looking ahead, he does have confidence that the vaccines are cause for optimism, and also that, when this pandemic is over, people will go back to their old habits of dining out — a question that many have been asking over the past several months as the discussion turns to how the pandemic may change societal norms for the long term.

“I agree with people who say we can see the finish line with COVID,” he told BusinessWest. “My feeling is that, by March, things will start to loosen up a little; by the summertime we’ll be back to some kind of new normal, whatever that means; and in the fourth quarter we’ll roar back with people going out and celebrating.”

Meanwhile, for the entrepreneurial — and he certainly falls into that category — there will be opportunities within this sector as the pandemic draws on and more establishments grow weary of the fight.

Yee said he’s already received a number of calls from individuals looking to sell, and he expects those calls to keep coming.

In that respect, 2021 might see many more changes to the landscape in this important sector. 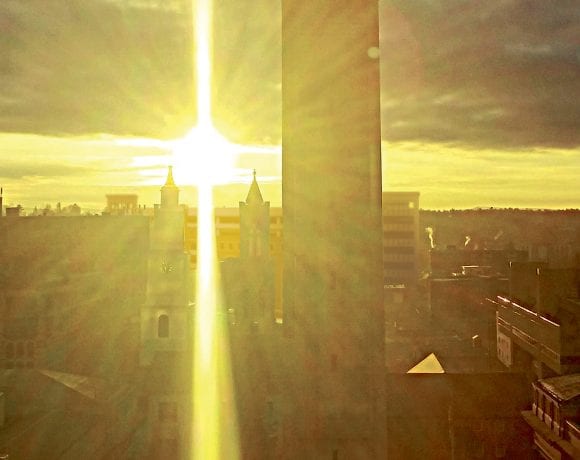