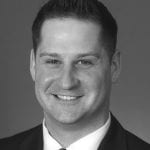 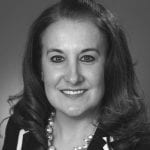 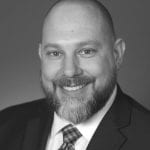 PeoplesBank announced the appointments of Colin Lacey as Village Commons South Hadley Banking Center manager, Clare Ladue as Hadley Banking Center manager, and Samuel Smith as East Longmeadow Banking Center manager. In his new position, Lacey is responsible for identifying and providing personal and small-business customers banking options to achieve their financial needs, including depository services and lending solutions. He has six years of financial-services experience. Lacey holds a bachelor’s degree in accounting from Saint Anselm College in Manchester, N.H. He is also a 2017 graduate of the Springfield Leadership Institute. He is a volunteer youth lacrosse coach in South Hadley. In her new position, Ladue oversees and manages all aspects of a full-service banking center, including staffing, sales, operations, business development, and community relations. She has 24 years of banking experience. Ladue earned commercial-lending certification from the Massachusetts Bankers Assoc. (MBA), and is a graduate of the MBA’s New England School of Financial Studies. Her volunteer service includes the Quaboag Hills Chamber of Commerce, where she served on the executive committee, as well as the Ware 250th anniversary committee, West Springfield Partners for Education, the Walk of Champions to benefit Baystate Mary Lane Rays of Hope, Junior Achievement, Rays of Hope, Lorraine’s Soup Kitchen, and Link to Libraries. In his new position, Smith is serving the financial needs of both consumer and small-business clients. Utilizing technology, he is providing a consultative learning environment in order to educate clients around the various options for banking with PeoplesBank. He has 13 years of banking and financial-services experience. Smith holds a bachelor’s degree in computer information systems with a minor in business management. He is also a certified business banker by Moody’s Analytics. He is also an active volunteer for Revitalize CDC and Junior Achievement. 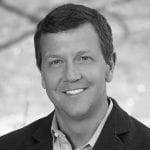 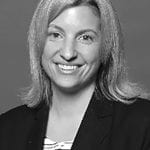 The Food Bank of Western Massachusetts announced the addition of two new members, Bill Grinnell and Beth Young, to its board of directors. Grinnell is president of Webber and Grinnell Insurance and manager of Webber and Grinnell Employee Benefits LLC of Northampton. He also serves as vice president of River Valley Investors, an angel investment group in Springfield. He is the former president of the Hampshire YMCA, past co-chair of the United Way annual fund, past vice president of the Employers Assoc., former member of the Northampton Planning Board, and past trustee of the Academy at Charlemont. He holds a bachelor’s degree from Hartwick College in New York. Young has served as district director of Stop & Shop Supermarket Co. for the past 20 years, covering stores in all four counties in Western Mass. and two stores in Connecticut. Throughout her time there, she and her team have organized numerous fundraising events to support local community organizations, including regional food banks, the USO, and Dana Farber’s Cure for Childhood Cancer. She is a graduate of Westfield State University and holds a bachelor’s degree in psychology.

Mayor Domenic Sarno announced the appointment of attorney Talia Gee as the city of Springfield’s new chief Diversity & Inclusion officer. “As I said this past year, and with the upcoming retirement of Equal Opportunity Administrator Dan Hall, a newly evolved/transitional position would be developed,” Sarno said. “My thanks to Dan Hall for all his years of dedicated service to our city. This new position enhances my vision to lead in development and implementation of proactive diversity, equity, and inclusion initiatives in hiring, career development, and leadership opportunities in support of our city’s strategic plan to continue to foster a working environment, where all have an opportunity to succeed. Though this new position will work closely with our Human Resources Division, it is a direct cabinet-level report to me.” Gee will start her position on Jan. 14. Her salary will be $92,000. She is a graduate of St. John’s University in New York City and received her MBA and law degree from Western New England University. She is MCAD-certified and previously worked at the law firm of Sullivan, Hayes & Quinn. She is the board chairwoman of the Springfield Boys & Girls Club and co-creator of the “How to Wear Your Crown” event that focuses on Springfield-area teenage girls. 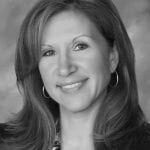 Bacon Wilson announced that Kathryn Crouss has been named the firm’s newest shareholder. Crouss is a member of Bacon Wilson’s litigation team and handles all aspects of employment law, including management-side representation, defending employers against discrimination and wage-and-hour lawsuits and routinely advising employers on matters related to compliance, official policies and procedures, and best practices. She also represents employees with regard to severance or employment agreements, worker’s compensation matters, as well as claims of discrimination against their employers. She also has extensive experience with both family-law litigation and alternative dispute resolution. Crouss is a certified mediator, trained in collaborative law, an LAR (limited assistance representation) qualified attorney for Hampden County, and a trained conciliator for the Massachusetts Probate & Family Courts. She is also an adjunct faculty member at Bay Path University, where she teaches “Legal Environments in Business” to students of the university’s business department. 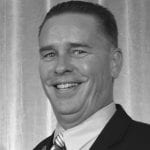 Greg Chiecko, director of Sales at the Eastern States Exposition (ESE), has been named president and CEO of the Outdoor Amusement Business Assoc. (OABA), the mobile amusement industry’s trade association. The announcement was made by the OABA board of directors following a comprehensive executive search. Chiecko succeeds longtime OABA President Robert Johnson, and will embark on his new career on Feb. 1. The OABA is the largest trade association representing carnivals, circuses, concessionaires, independent ride owners, and others who serve fairs, festivals, and community events. Chiecko’s 24-year career at ESE included the oversight of midway operations at the Big E. He worked closely with the OABA and other industry associations and is past board member of the International Assoc. of Fairs and Expositions, and past president of the Massachusetts Agricultural Fairs Assoc. and the New England Assoc. of Amusement Parks and Attractions. He also sits on the board of the Greater Springfield Convention and Visitors Bureau and served as its chair for five years.

Berkshire Family & Individual Resources Inc. (BFAIR) announced an organizational restructuring and internal promotions. Rich Weisenflue, previously executive director, will assume the role of CEO. Other promotions included Ethel Altiery to executive director, Jane Patenaude-LeBeau to chief financial officer, and Theresa Gelinas to senior vice president, Day Services. The structural changes come as a response to the organization’s continued growth. According to Alex Kastrinakis, BFAIR’s board chair, “the board of directors placed an emphasis on devising a management structure to achieve the agency’s mission to meet the growing needs of people with disabilities and older adult members of our community. In 2019, we will celebrate the agency’s 25th anniversary, and the new structure is also reflective of the positive changes the management team accomplished over the past two decades, including expansion of services beyond the Berkshires into the Pioneer Valley and Southern Vermont.” Restructuring of the management team will also include a newly created position, vice president, Residential Services. BFAIR is a member agency of the Northern Berkshire United Way and Williamstown Community Chest.

Monson Savings Bank (MSB) announced the promotions of Carolyn Balicki to branch manager/retail banking officer, Rob Chateauneuf to first vice president commercial loan officer, and Dina Merwin to first vice president compliance and BSA officer. Balicki joined the MSB team in 2009 as a CSA in Monson. She was promoted to CSA supervisor in 2010, assistant branch manager in 2011, and branch manager in 2014. She earned a bachelor’s degree in business administration at UMass Amherst and is a graduate of the New England School of Financial Studies. Chateauneuf joined MSB in 2012 as an assistant vice president commercial loan officer. He was promoted to vice president in 2014 and took on the added responsibility of assistant department manager of the Commercial Loan department in 2015. He has close to 20 years of commercial and retail banking experience and earned a bachelor’s degree in business management at UMass Amherst. Merwin came on board in December 2012 as a temporary BSA analyst to assist during an employee leave of absence. In June 2013, she was hired as compliance officer. In 2014, she was promoted to AVP compliance and BSA officer, and she earned the vice president title in 2016. She has 25 years of community banking experience and is a graduate of the National School of Banking and the Massachusetts School for Financial Studies. 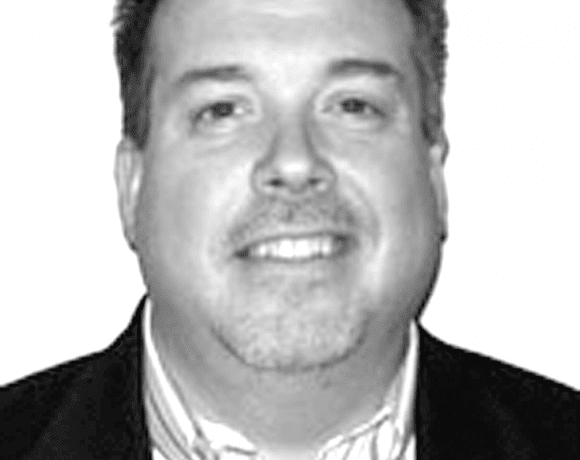