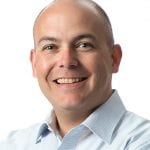 The directors of the Irene E. & George A. Davis Foundation announced the appointment of Paul Belsito as executive director of the foundation, succeeding Mary Walachy, who has served in the position for the past 23 years. Belsito will begin his new role on June 1. Belsito most recently worked for the Hanover Insurance Group in Worcester, where he served as president of the Hanover Insurance Group Foundation and assistant vice president for Community Relations. In his nearly eight years at Hanover, Belsito led charitable giving, community relations, and employee giving and service in the company’s efforts to improve the lives of Worcester’s youth. The Hanover Insurance Group Foundation places special emphasis on programs designed to strengthen schools and propel youth to higher levels of success. One of Belsito’s signature initiatives was supporting the Advancement Via Individualized Determination college readiness program in Worcester Public Schools. During her tenure, Walachy guided the foundation in establishing several signature initiatives, including Cherish Every Child, the nationally-recognized Reading Success by 4th Grade initiative, the 413families/familias community texting initiative, and the advocacy group Springfield Business Leaders for Education. Most recently, she led the effort to establish and build the innovative Educare Springfield early-education center, which opened in the fall of 2019 near the campus of Springfield College and Brookings Elementary School. Walachy will continue to represent the Davis Foundation in its role as philanthropic lead for Educare Springfield, the 24th Educare in the country and the first in Massachusetts, through the end of 2020. A native of Worcester, Belsito has long been deeply involved in his community, serving on numerous nonprofit boards, including corporator of the Greater Worcester Community Foundation, associate trustee of the Nativity School of Worcester, and presently as chair of the board of the EcoTarium. In the last few months, he co-led the city of Worcester’s Emergency Operations Center (EOC) in support of COVID-19 pandemic response. Belsito brings a diversity of professional experiences across higher education, politics, and government to the Davis Foundation in addition to his significant experience in philanthropy and community engagement. Prior to joining Hanover, he served in the Office of the President at Assumption College as executive assistant for Government and Community Relations, and as a district director in the Massachusetts State Senate. He holds a bachelor’s degree in management and an MBA, both from Assumption College. 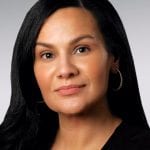 The board of directors of the Healing Racism Institute of Pioneer Valley (HRIPV) announced that former board member Vanessa Otero has been named interim director through the end of the year to support and move forward the work of the institute. The institute also announced it has become a 501(c)(3) nonprofit organization. As part of that move, the HRIPV board has appointed Baystate Health executive and longtime social-justice advocate Frank Robinson as the organization’s first president. Otero is among the co-founders of HRIPV that grew out of a City2City Pioneer Valley visit to Grand Rapids, Mich. in 2011, where a Healing Racism Institute was formed and housed at the Grand Rapids Area Chamber of Commerce. Grand Rapids has also established institutes in its community’s faith and higher-education sectors. Otero is currently director of Smith College’s Urban Education Initiative. She has deep roots in the community, serving on state and regional boards, including being appointed to the Governor’s Latino Advisory Commission. She is also the chair of the Springfield Water and Sewer Commission. Mostly recently, Otero was asked to join the Department of Public Health’s COVID-19 Health Equity Advisory Group, advising Commissioner Dr. Monica Bharel and DPH on health-equity issues related to and exacerbated by the COVID-19 pandemic, and providing suggestions on solutions to be implemented at all levels. Otero graduated from Smith College as an Ada Comstock Scholar. She has a master’s degree in public policy administration from UMass Amherst. 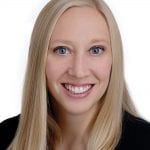 Brenna Breeding has joined the bankESB Marketing Department as its digital marketing manager. In this role, she will be responsible for providing strategic, tactical, and analytical support for online and digital marketing initiatives for bankESB and across the member banks of its parent company, Hometown Financial Group. Prior to joining bankESB, Breeding was the marketing communications associate with VentureWell in Hadley, and before that was the communications and marketing specialist for the Center for Responsive Schools. Breeding earned her bachelor’s degree from the University of Delaware. She is an active volunteer in the Greater Springfield community and has been a member of the Junior League of Greater Springfield for seven years. 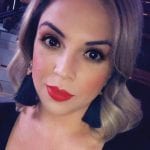 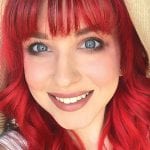 DiGrigoli Salon, located in West Springfield, officially opened for business on May 26, included in the phase 1 reopening plan for Massachusetts. At the same time, two stylists, Jessica Colon and Kim Bruno, have been promoted to ‘the Artist’ level, the highest recognition of experience, due to their dedication, loyalty, and improvement throughout their careers. Colon joined the DiGrigoli Salon artistic team upon graduating DiGrigoli School of Cosmetology in 2008 and has grown into a stylist with a large and still-growing clientele over the past 12 years. She is particularly skilled in color formulation, precision cutting, and blow-drying curly hair types. In addition to a full appointment schedule, she has also performed demos and worked with upcoming stylists and students, all while continuing her own education at beauty shows such as Premiere Orlando in Florida and the Beauty Experience in New York. Bruno, also a graduate of DiGrigoli School of Cosmetology, became a stylist at the salon in 2011, and her skills and clientele have grown exponentially since then. With expertise in vivid colors and makeup, she has become one of the most sought-after stylists and makeup artists in the area. Frequently appearing on local lifestyle TV programs, she demonstrates standard makeup, special-FX makeup, and hairstyling techniques to a wide audience. Much like Colon, Bruno takes the time to educate others while balancing a booked schedule and pursuing her own education at the aforementioned beauty shows. DiGrigoli Salon is currently booking appointments and taking all recommended precautions necessary for the health and safety of both clients and the stylists. Appointments with Colon, Bruno, or any experienced DiGrigoli stylist can be made by calling (413) 827-8888 Tuesday through Saturday. 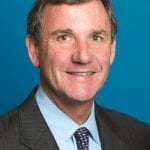 The Elms College board of trustees appointed Richard Meelia, principal of Meelia Ventures, LLC, as a new member of the board. From July 2007 until his retirement in July 2011, Meelia served as chairman, president, and CEO of Covidien, an $11 billion global healthcare-products company, following its separation from Tyco International in June 2007. Prior to that separation, Meelia served in a variety of senior leadership roles, including CEO and president of Tyco Healthcare. In addition to his business experience, Meelia has a passion for student experiential learning. He funded the Meelia Center for Student Engagement and Volunteerism at Saint Anselm College and has provided support to establish the Srs. Kathleen Keating and Maxyne Schneider Experiential Learning Fund at Elms College. Meelia is the chairman of the board of Haemonetics, a global provider of blood and plasma supplies and services located in Braintree. He is also a member of the board of directors of several organizations, including St. Francis House in Boston, the largest day shelter in Massachusetts; Por Cristo, a Brighton nonprofit dedicated to improving the health of poor children and their families in Ecuador; and Conformis, a knee-replacement manufacturer in Billerica. He has served on the board of trustees of Saint Anselm College in Manchester, N.H.

The West Springfield franchise of Visiting Angels announced that Michele Anstett, co-founder of the business, has transitioned to full ownership and assumed the role of president and CEO. Visiting Angels offers in-home care services to elderly and disabled adults throughout Western Mass. Anstett started the business in 1999 with her business partner, Joe Arduino, and served as the chief financial officer (CFO) for the past 20 years. Arduino recently retired, and Anstett has since assumed the role of full ownership, president, and director. Since 1999, the home-care landscape has changed dramatically in the Pioneer Valley. Anstett’s experience growing the business for the past 20 years in an evolving sector equips her to handle the modern challenges of the industry and successfully direct the business. Anstett’s franchise was the ninth franchise in the Visiting Angels network, which has since increased in size to more than 400 agencies internationally. With her guidance as co-director and CFO, the franchise has grown to provide more than 70,000 hours of care annually, helping seniors to maintain a sense of independence, dignity, and quality of life in their own home setting. Anstett brings dedication, compassion, experience, and attention to detail to the role — fundamental skills for successful leadership in the ever-evolving home-care industry. Particularly now, in the midst of the COVID-19 pandemic, Anstett has taken rapid action to increase caregiver training and certification to establish effective strategies to ensure client safety under the current circumstances.