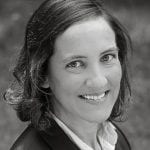 Springfield College Assistant Professor of Religion Katherine Dugan has accepted the position of director of core curriculum at the college. Dugan will oversee the implementation of the new core curriculum at Springfield College starting during the 2020 fall semester. As part of her responsibilities, she will be responsible for providing clear communication methods with faculty, administrators, and students about the what and why of the Springfield College core curriculum. Dugan joined the Springfield College humanities faculty in 2016 with a focus on American religions with a specialization in contemporary Catholicism in the U.S. She teaches courses on world religions, religion in the U.S., Catholicism, women and religion, and introduction to Christianity. Her research interests are in religious experience, women in religion, and the intersection of religious practice and American culture. Her first monograph, “Millennial Missionaries: How a Group of Young Catholics Is Trying to Make Catholicism Cool,” was published by Oxford University Press in 2019. Her current research is on Catholics who practice natural family planning in the U.S. 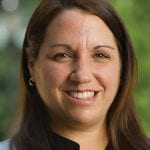 Westfield State University (WSU) appointed Kate Burke associate director of Alumni Relations and Annual Giving. In her role, she will be responsible for the development, management, and oversight of alumni outreach and engagement initiatives as well as providing leadership to the Alumni Relations team for the management of the Alumni Association and the Lifetime Owls program. In addition, she will provide oversight of the annual-fund communications, campaigns, and giving programs. Burke comes to WSU with a wealth of external, alumni-relations, and development experience in both higher education and intercollegiate athletics. She has previously made an impact at Colorado School of Mines, Northwestern University, University of Wisconsin-La Crosse, Oakland University, University of Virginia, and Xavier University. Burke earned a bachelor’s degree at Eastern Illinois University and a master’s degree from Indiana State University. 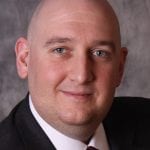 The Westmass Area Development Corp. board of directors has elected Antonio Dos Santos its new chairman, replacing Carol Campbell as her term expires. Dos Santos joined the board in 2011 and has served in numerous roles, most recently as vice chair. He is a partner at the Springfield-based law firm Crear, Chadwell, Dos Santos & Devlin, P.C., specializing in business, commercial real estate, and commercial lending. Dos Santos brings years of leadership and commitment to the Westmass board as Campbell’s term concludes after three challenging years. Amid the unexpected passing of former President and CEO Eric Nelson in 2019 and hiring new President and CEO Jeff Daley in October 2019, Campbell’s management and commitment to Westmass has ushered in a strong financial and operational base for success in the years to come. She will assume the role of immediate past chair and continue to serve on the executive committee. 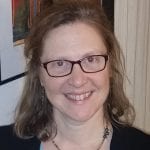 Springfield College Associate Professor of English Justine Dymond has been selected by the Mass Cultural Council (MCC) Artist Fellowships Program as a finalist in the category of fiction/creative nonfiction on the strength of her lyrical essay titled “Brave of Worms.” Dymond teaches courses in writing and multi-cultural literature at Springfield College. Her short prose and poetry have appeared in numerous literary journals, including Massachusetts Review, Pleiades, Briar Cliff Review, and Cimarron Review. Her short story “Cherubs” was selected in 2007 for an O. Henry Award, a highly prestigious recognition in the art of the short story. In 2018, she received the the Eludia Award presented by Hidden River Arts, an inter-disciplinary, independent arts organization located in Philadelphia, for her collection of stories titled The Emigrant and Other Stories. Forthcoming from Sowilo Press, the collection ranges widely in setting and era, including France during World War II, Maine in the early 18th century, and Tennessee in the 21st century. 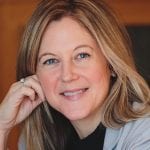 HUB International New England, LLC announced that Wendy Fitzgerald, strategic account executive, received the Chartered Private Risk and Insurance Advisor (CPRIA) certificate, completing an intensive, 18-month program designed to enhance the knowledge of professionals who serve high-net-worth clients. Nearly 600 professionals from leading insurance organizations in the U.S. have graduated from the program since its inception in 2015. The CPRIA program is offered by the Private Risk Management Association (PRMA) and is endorsed by the Tobin Center for Executive Education of St. John’s University in conjunction with St. John’s School of Risk Management, Insurance and Actuarial Science. The CPRIA program is unique in that it provides real-world scenarios, addresses current and complex industry trends, and predicts needs of the future. The program also aims to further the knowledge of participants by providing them with access to high-net-worth industry veterans and leading insurance executives. 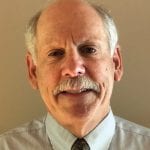 Michael Paysnick, CEO of Springfield Jewish Community Center (JCC), has announced his retirement. Initially intending to retire in September, Paysnick has agreed, in light of COVID-19, to remain until a replacement is hired or until the end of the year. Paysnick began his career at the JCC as assistant executive director in 1988. In 2008, he succeeded Mark Dindas, now executive director emeritus. During his tenure, Paysnick helped establish the JCC as the central meeting place of the Jewish and general community. He set the organization on a path to financial sustainability, a goal achieved by working closely with the board of directors. Paysnick was instrumental in expanding existing programs, as well as overseeing the initiation of new and creative programs and services, in a fiscally responsible manner. He successfully achieved the creation of the special-needs program Kehillah and oversaw the expansion of the after-school program and infant program in the Early Learning Center. In 2011, he achieved the successful hosting of the 2011 JCC Maccabi Games held at the Springfield JCC. During his time at the helm, he presided over numerous renovations and infrastructure improvements to the center’s facility. The Springfield JCC received several recognition awards under Paysnick’s leadership, including one from Human Resources Unlimited (now Viability), which recognized the JCC for its employment practices of hiring individuals with special needs. The JCC also received the Brianna Award for its commitment to providing quality programs and services for individuals with special needs and their families. 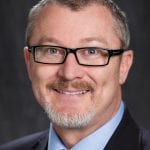 Wesley Church II has been named dean of the Springfield College School of Social Work and Behavioral Sciences. His professional background includes more than 20 years of experience in the field of social work, primarily in criminal-justice settings. “Springfield College will benefit from the broad experiences and accomplishments that Dr. Church brings to the dean’s role,” said Martha Potvin, Springfield College’s provost and vice president for Academic Affairs. “His spirit of innovation and collaboration, as well as successes in growing enrollments in online and continuing-education programs in social work and in child and family studies, bode well for successful leadership across all departments in the year-old School of Social and Behavioral Studies.” Church has been the J. Franklin Bayhi endowed professor, the special assistant for assessment, and formerly director of the Louisiana State University School of Social Work. He succeeds Francine Vecchiolla, who is retiring after 30 years of service at Springfield College.

John Whalley, CEO of Whalley Computer Associates (WCA), announced the appointment of Michael Sheil as the company’s new president. Whalley has led the company as president and CEO for the past 41 years and will remain in his role as CEO moving forward, working closely with Sheil and the senior leadership team. Sheil brings to the position a wealth of knowledge and a wide range of experience in the information-technology industry, with expertise in sales for higher education, healthcare, finance, enterprise, and state and local governments. He has more than 32 years of experience in sales and 27 years of IT sales with WCA, most recently as a senior account manager, where he was an integral part of WCA’s success. In his new role, he will be responsible for presiding over the entire workforce, managing budgets and making sure resources are allocated properly to meet the overall goals and initiatives of the company. Tom Hanson, vice president of Operations; Doug Moglin, vice president of the OEM Division; and Paul Whalley, vice president, will remain in their current roles.