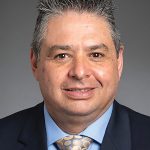 The American International College (AIC) board of trustees announced that Hubert Benitez, DDS, PhD has been unanimously selected as the 12th president of the 137-year-old institution. Benitez will succeed President Vince Maniaci, who is retiring after 17 years of service. Benitez will join American International College on April 11. In his most recent position, Benitez served as vice president for Strategic Initiatives and Academic Innovation and as acting chief inclusion officer at Rockhurst University (RU) in Kansas City, Mo., a comprehensive institution of higher learning that offers educational programs to a diverse student population in business, communications, education, engineering, healthcare, humanities, performing and visual arts, science, and mathematics. Among his responsibilities, Benitez had direct oversight of strategic planning, institutional effectiveness, accreditation and assessment, distance education/e-learning, and the Prosperity Center for Financial Opportunity. Prior to Rockhurst, Benitez served as president and CEO of Saint Luke’s College of Health Sciences in Kansas City for almost five years, where he provided visionary and strategic leadership that included growing and diversifying the college’s academic portfolio; promoting a culture of assessment; increasing the visibility of the institution through community presence, engagement, and outreach efforts; engaging in recruitment and enrollment-management practices that increased the college’s population while meeting the needs of a new and diverse demographic of students; and implementing a financial strategy that increased the institution’s fiscal stability and outlook. Benitez received his first doctoral degree in dentistry from Pontificia Universidad Javeriana in Latin America. He subsequently completed a post-doctoral fellowship at the University of Connecticut Health Sciences Center, later earning a PhD in higher education administration from Saint Louis University’s College of Education and Public Service. He is a graduate of the Institute for Educational Management at Harvard University’s Graduate School of Education, and he completed the Executive Leadership Program at the University of Pennsylvania’s Wharton School of Business. He has dedicated the last two decades to higher education as an academic and administrator, and 15 years prior as a clinician. A member of numerous academic organizations, boards, and advisory committees past and present, Benitez currently serves on the board of directors for the Hispanic Chamber of Commerce of Kansas City and the board of trustees for Cristo Rey Kansas City, a Sisters of Charity of Leavenworth high school; is a peer reviewer for Middle States Commission on Higher Education; is a member the Hispanic Advisory Committee for Kansas City Public Schools; and is a member of the KC Rising Steering Committee, a body of the KC Rising initiative, composed of business and community volunteers from across the Kansas City metropolitan area who are committed to regional collaboration. His professional associations include the President’s Alliance on Higher Education and Immigration, the American Assoc. of Hispanics in Higher Education, the American Dental Assoc., and the Golden Key International Honor Society, among others. In addition to an extensive selection of published works, Benitez has been a guest lecturer in the U.S. and abroad and has been the recipient of federally and privately funded research grants. His work ethic and commitment has been recognized by Univision Kansas City for his ongoing support for Hispanic heritage and by Universidad Piloto of Colombia for forging international and interdisciplinary exchange programs. He has been a recipient of the Hispanic Heritage Award and received special recognition for service to the community through Excellence in Education. His contributions to Suffolk County from the Office of Minority Affairs have been praised, in addition to being selected as one of the Top 25 Advocates for Latino Empowerment in Long Island, N.Y. 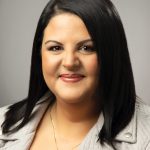 Freedom Credit Union has hired Carla Banas as branch officer for its Ludlow location. She brings more than 16 years of banking experience to her role, the last several of which were in Ludlow, where she specialized in commercial banking. In her new role, Banas will oversee the daily operations of the branch, ensure the growth and development of employees, ensure exceptional customer service for members, and grow new business by cultivating lasting relationships. Outside her professional role, Banas is on the board for Women to Watch and serves as community outreach chair. She is also a member and past president of the Ludlow BNI Core Connections chapter and is active in the East of the River Chamber of Commerce. In her previous position, she was recognized for her work with employed veterans by Employer Support of the Guard and Reserve. 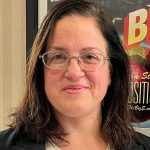 Elena Hovagimian has been promoted to director of Agriculture at the Eastern States Exposition (ESE) after a 25-year career spanning agriculture and education, IT, and retail sales management at the West Springfield fair and trade-show facility. Hovagimian, who succeeds retiring Director of Agriculture Donna Woolam, will oversee all agriculturally based events year-round as well as the hundreds of animals entered in shows and contests, educational presentations, the Creative Arts department, the Fiber Festival of New England, the Gold Medal Wine and Cheese competitions, and retail sales for the Farmers Market, Storrowton Village Museum Gift Shop, and Christmas Shop. Hovagimian joined the Eastern States Exposition staff in October 1997 as a part-time data-entry clerk, and shortly thereafter became assistant to the Agriculture manager. In addition, she took on the Management Information Systems (MIS) coordinator duties, supervising and implementing the computer systems and programs in the company. In January 2007, she became a full-time staff member at ESE as Agriculture and Education/MIS coordinator. She was responsible for coordinating and producing more than 119 agricultural events throughout the year and during the Big E. She also increased the efficiency of all facets of the department through the use of computer software and technology. She holds a bachelor’s degree in communications from UMass Amherst, a master’s degree in innovative thinking and entrepreneurial business practices from Bay Path University and a certificate for online journalism from UMass. She graduated from the International Assoc. of Fairs and Expositions’ (IAFE) Institute of Fair Management in 2015, and earned her certified fair executive status from the IAFE in 2018. During her career, Hovagimian led a cross-functional team to innovate and promote New England agriculture in a virtual environment, maintaining the pillars of the Exposition’s mission. She also developed processes and systems of efficient software and technology applications to allow for day-to-day business to continue in a remote environment. She developed four attractions outside of the Big E, including the Big East Youth Cattle and Jackpot Show, the Fiber Festival of New England, and the Wine and Cheese competitions. Hovagimian is an active member of the IAFE, where she chaired the agriculture and education committee in 2020 and was website technology committee chair in 2017. She is also a member of the North American Livestock Show and Rodeo Managers Assoc. and the Massachusetts Cheese Guild Advisory Board. 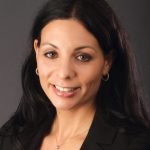 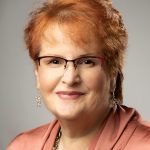 Freedom Credit Union announced it recently promoted Rae Brown to the role of branch officer for its Northampton and Easthampton locations. She previously served as the assistant branch officer at the Main Street, Springfield office. “Rae has been with us for nearly eight years and has proven herself to be a wonderful leader, dedicated to providing outstanding service to our members and committed to the success of her team,” Freedom Credit Union President Glenn Welch said. “She is the perfect person to oversee our two branches in Hampshire County.” Brown has more than two decades of experience in banking, including more than 11 years in Hampshire County. She has an associate degree from Springfield Technical Community College and is also a notary public. 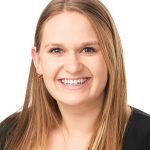 Comcast named Saif Malik vice president of Finance for the company’s Western New England region, which serves more than 300 communities across Connecticut, Western Mass., Vermont, Western New Hampshire, and New York. In this role, Malik will oversee finance and accounting, warehouse and materials, information technology, facilities, fleet management, and environmental health and safety. Malik joined Comcast in 2007 as senior manager of Finance for Comcast’s Greater New Haven area, where he was responsible for the financial growth of technical operations, marketing, warehouse, and customer service centers. He most recently served as senior director of Finance for the Western New England Region, providing strategic direction for technical operations, construction, and Comcast Business functions, including the region’s capital expenditures. Prior to joining Comcast, he was manager of financial planning and analysis for AT&T. Malik earned his master’s degree in economics from the University of the Punjab and his MBA in finance from Oklahoma City University. Over the past seven years, he has served on the board of CRIS radio, an organization that provides audio access for people who are blind or print-challenged. 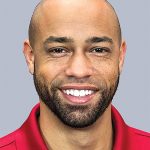 OMG Inc. has added to its Technical Services department with the addition of a technical-support specialist in its OMG Roofing Products division. In his new role, Curtis Haines will provide the roofing sales team with expanded technical product training and technical support in the field. Additionally, he will work with the new-product-development team to assist in expanding the company’s product lines. He reports to Stephen Childs, Technical Services manager. Haines comes to OMG Roofing Products with eight years of technical and product management experience from ITW/Permatex in Hartford, Conn. Most recently, he was involved in inside technical sales. Earlier, he had been a technical services manager and an associate innovations manager for the company. He holds a bachelor’s degree from Southern Connecticut State University.

The Young Professional Society of Greater Springfield (YPS) recently welcomed 14 new board members. As Springfield YPS continues to concentrate its efforts on business and career development, networking, social and cultural involvement, and community activism, its diverse membership comes from a wide range of professions and backgrounds united by a commitment to make Springfield a better place to work, live, play, and stay. New board members include Nikai Fondon of the “She Did That!” podcast, Tyler Hadley of DDS Acoustical Specialties, Kara Bombard of Performance Foodservice, Isabella Brady-Prankus of the Gray House, Julie Fruscio of Dominion Dealer Solutions, Russ Kelly of LUSO Federal Credit Union, Emily Burr of PeoplesBank, Christopher Scuderi of Charter Oak Wealth Partners, Jessica Colson of Girls Inc. of the Pioneer Valley, Drew McConaha of Train for Life, Stefany Scliopou of Elms College, Kara Sotolotto of LiftTruck Parts & Service Inc., Lauren Martin of the Markens Group, and Alaina Macaulay of the Isenberg School of Management at UMass Amherst. The new board members join existing board members Jack Yvon of Charter Oak Financial, Melissa Cuzzone of EBS Insurance Brokers, Ashley Batlle-Ramos of Beauty Batlles Lounge, along with Andrew Mankus of UMass Dining, treasurer; Amie Miarecki of Christopher Heights of Belchertown, immediate past president; and Heather Clark of the Baystate Health Foundation, president.