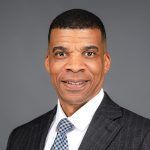 Elms College has named higher-education executive Andrew Coston the college’s new vice president of Student Affairs. Reporting directly to the president, Coston is responsible for the strategic oversight and management of the college’s Student Affairs office. Coston is joining Elms from Gustavus Adolphus College (GAC) in Saint Peter, Minn., where he recently served as assistant dean of students and executive director of GAC’s Center for Career Development. Prior to that, he was director of Career Services at Cecil College in Maryland. In his new role at Elms, Coston is responsible for providing leadership, management, and supervision to the dean of students, the director of Campus Ministry, the director of Residence Life, and director of the Health Center. Additionally, he is a member of the president’s cabinet. Coston has more than 20 years of higher-education experience in student affairs and career services. He holds a doctoral degree in education from Morgan State University in Maryland, a master’s degree in school counseling from Loyola College in Maryland, and a bachelor’s degree in psychology from Assumption College in Worcester. 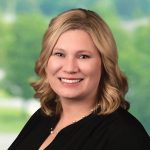 Monson Savings Bank recently announced the promotion of Heather Arbour to the role of assistant vice president, BSA/Fraud officer, and Compliance manager. Arbour has been with Monson Savings Bank for 15 years, previously serving in the role of BSA officer and Compliance manager. In her new role, she is responsible for overseeing the Bank Secrecy Act and anti-money-laundering programs for the bank and ensuring compliance with banking regulations. Additionally, she manages the Retail Operations department and serves on the bank’s compliance, CRA & fair lending, and IT steering committees. Arbour is a graduate of Springfield Technical Community College, where she earned highest honors, was a dean’s list recipient, and received an associate degree in business administration. She is currently enrolled in the American Women’s College at Bay Path University, where she is an honors student pursuing a bachelor’s degree in business administration and minoring in criminal justice, while serving as a peer mentor. In 2021, she graduated from the New England School for Financial Studies with honors. As a volunteer and co-treasurer for the Monson and Palmer Salvation Army and a dedicated parent volunteer for the Monson Parent Teacher Student Assoc., she is committed to contributing to local communities.

The Springfield Thunderbirds announced the return of Steve Forni as the team’s public-address (PA) announcer inside the MassMutual Center. A native of Agawam, Forni began his pro-hockey announcing career with the Springfield Falcons in 2015 and held the position with the Thunderbirds from 2016 to 2020. During the 2021-22 season, he served as one of the PA voices of the NHL’s Boston Bruins at the TD Garden. He also currently serves as the PA voice of the WNBA’s Connecticut Sun. 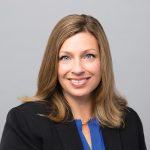 UMassFive College Federal Credit Union recently introduced the newest addition to its senior management team: Kristina Hamel, who joins UMassFive as vice president of Human Resources. Hamel comes to UMassFive from Shriners Hospitals for Children in Springfield, where she worked for the past 20-plus years, overseeing up to 250 employees and more than 150 volunteers. She holds a bachelor’s degree in human resource management from Bay Path University and has earned her Senior Professional Human Resource certification. At UMassFive, Hamel will oversee all employee hiring, training, recognition, and diversity program efforts.

Pioneer Valley Financial Group (PVFG) recently appointed Kelly Haber and Karen Nogueira to partner. Haber began her journey at PVFG in 2016 as director of Compliance. Armed with her FINRA series 7, 66, and 24 designations, she was quickly promoted to chief operating officer. Nogueira started her career at PVFG in 2006 as a sales assistant. With strong dedication and loyalty to the client experience, she was promoted to director of Client Relations. 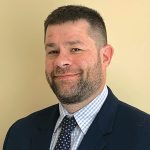 The Royal Law Firm announced it recently welcomed attorney Justin Goldberg to the team. Goldberg received his bachelor’s degree from Hartwick College, his master’s degree in teaching with secondary mathematics certification from Simmons College, and his juris doctor from Western New England University School of Law. He is admitted to practice law in the state of Massachusetts and the U.S. District Court for the District of Massachusetts.

Excel Dryer Inc., manufacturer of the XLERATOR hand dryer, announced that Scott Kerman has been hired as business development manager – specifications. In this new role, Kerman will work with the Excel Dryer Sales and Marketing teams to grow profits; nurture, retain, and support partner relationships; conduct demonstrations and sales presentations; and much more. Kerman, a graduate of Arizona State University, has more than 30 years of experience in sales and business development. He has extensive product knowledge with numerous construction market segments and will tap into this experience at Excel Dryer to help grow and support the construction team’s annual profit by leveraging data in construction platforms.

Friends of Children Inc. presented Clare Higgins, executive director of Community Action Pioneer Valley and former mayor of Northampton, with its 2022 Changemaker Award at a dinner on Oct. 26 at the Garden House in Look Park. Higgins is being presented with the Changemaker Award to celebrate her accomplishments, advocacy, and impact. She has been a steadfast advocate for vulnerable people in the Pioneer Valley, including children and young people served by Friends of Children, since 1993. Higgins began her service in the Pioneer Valley as a member of the Northampton City Council beginning in 1993. She served as mayor of Northampton from 1999 to 2011. Friends of Children is dedicated to improving the lives of children and young adults impacted by foster care or juvenile-justice involvement. There agency addresses the needs of high-risk children who are not readily supported by systems designed to protect them and encourage their full participation in society.