Kenneth Albano, a shareholder and a member of the Corporate, Finance, and Healthcare departments for the Springfield-based Bacon Wilson, P.C. was recently elected Chairman of the Board of Directors for the Western Mass. Division of the March of Dimes. Albano is a member of the Mass. Municipal Law Assoc., and currently serves as Town Counsel to the communities of Monson, Southwick, and Holland. Albano earned his BA from Providence College and his JD from Western New England University School of Law.
••••• 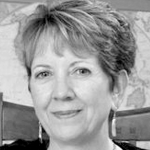 Jean Deliso, Principal of Deliso Financial Services, has been elected a member of the 2013 Chairman’s Council of New York Life Insurance Co. Members of the elite Chairman’s Council rank in the top 3% of New York Life’s sales force among more than 12,250 licensed agents. A New York Life agent since 1995, Deliso is an associate with the Connecticut Valley General Office in Windsor, Conn. She is chairman of New York Life’s Agents Advisory Council and is a consistent qualifying member of the Million Dollar Round Table and currently a 2013 Court of the Table Member. Deliso currently serves on many boards in her community, including the Pioneer Valley AAA Auto Club, Pioneer Valley Refrigerated Warehouse, and the Community Music School of Springfield.
••••• 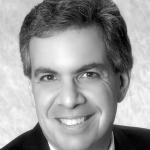 Keith Minoff has been selected by his peers for inclusion in the 20th edition of The Best Lawyers in America in the practice areas of commercial litigation and corporate law. Minoff is a trial attorney specializing in business and employment litigation and has been in practice for more than 25 years.
••••• 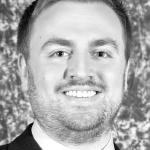 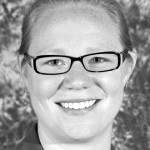 Skoler, Abbott & Presser, P.C. recently announced the addition of two new associates, David McBride and Erica Flores. Flores joined Skoler Abbott after relocating to Mass. from Pennsylvania, where she was an associate at the office of Morgan Lewis. She is a 2005 graduate of the University of Pennsylvania Law School and received her BS from the University of Colorado, Boulder, in 2001. In addition to her litigation practice, Flores regularly advises clients with respect to day-to-day employment issues, including decisions regarding adverse employment actions and litigation avoidance. From 2005 to 2006, she served as a clerk to the Russell Nigro, associate justice of the Supreme Court of Pennsylvania. Flores is a member of the American Bar Assoc. and the Pennsylvania Bar Assoc. McBride is a 2013 graduate from the Cornell Law School and received his BA in Economics from the University of Notre Dame in 2008. His practice is concentrated in labor law and employment litigation. His experience includes work on labor and employment-law issues, including employer compliance with federal laws at a major labor union in New York.
Tags: Departments Employment Insurance Law People on the Move