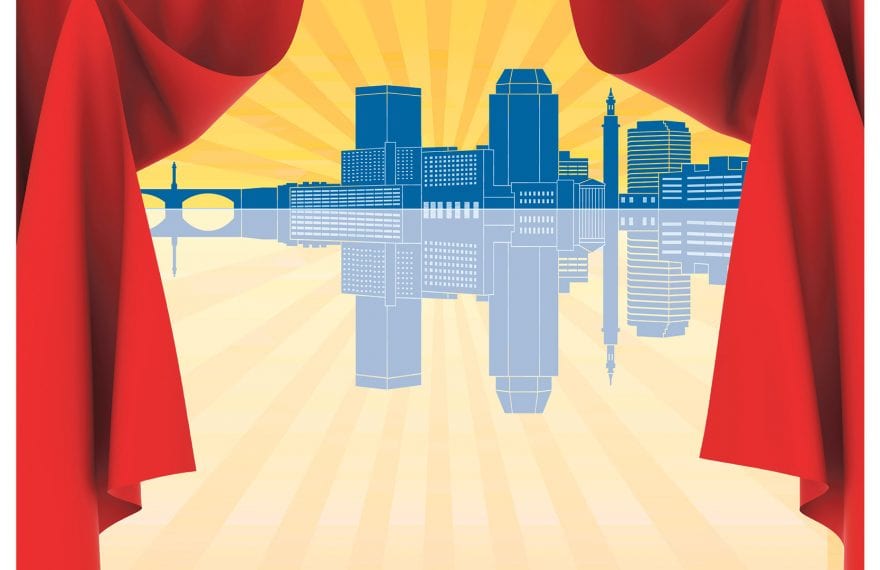 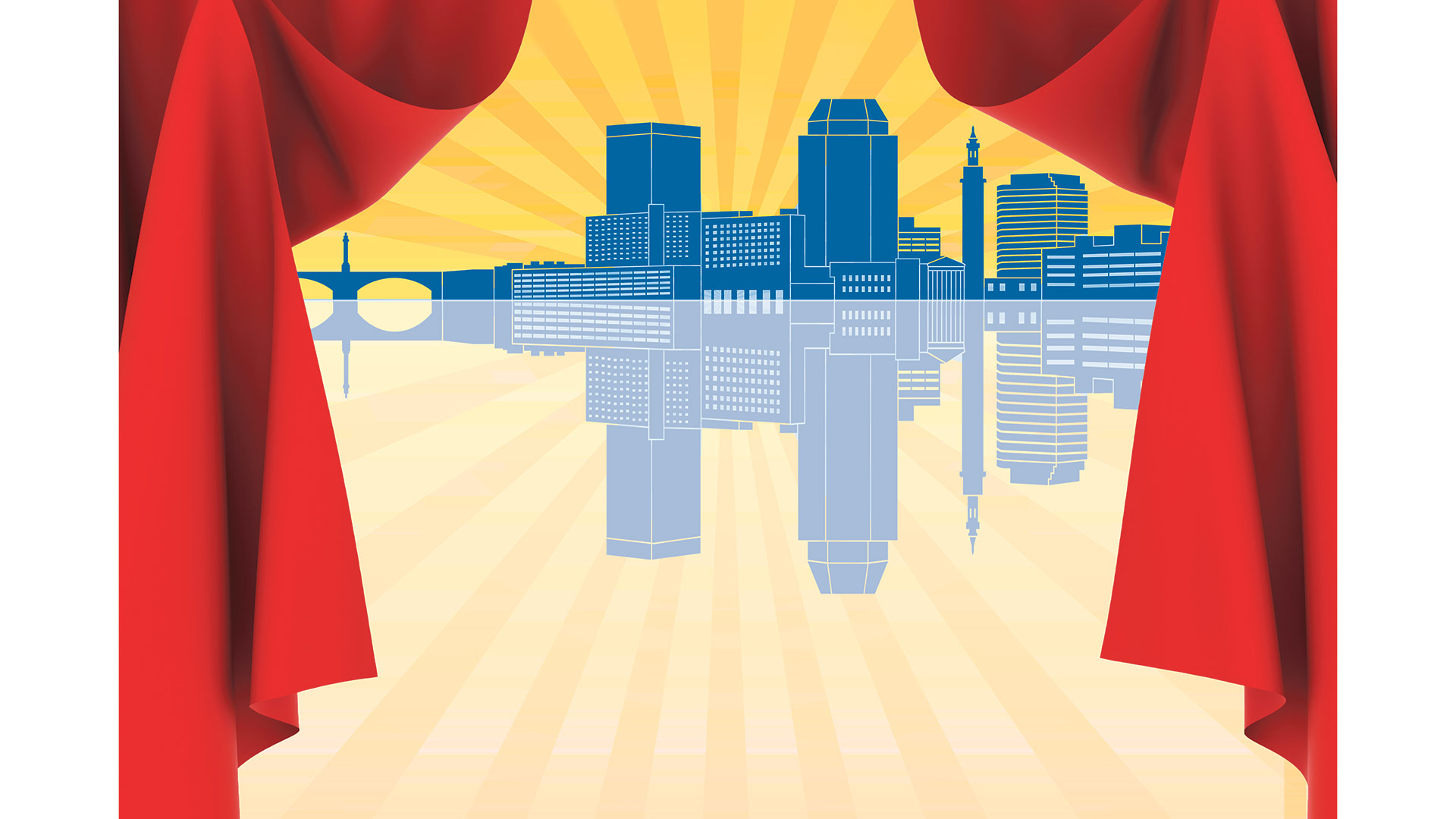 The governor calls the last phase of his reopening plan the ‘new normal.’ It’s a phrase people are already tired of, even if they use it themselves. Life in the new normal isn’t like it was during the pandemic, and it isn’t like it was in 2019, either. As the stories below reveal, it’s a different time — a time everyone has been waiting for since workers packed up their things and headed home to work in March 2020. It’s a time of opportunity and a chance to recover some of what’s been lost. But there are still a number of challenges and questions to be answered, involving everything from workforce issues to when business travel will resume, to just how much pent-up demand there is for products and services.

Shrine is poised to rebound from a season of hard losses

After a year to forget, this Springfield label is ready to roar

This Berkshires staple has exhibited patience and flexibility

At these eateries, guests will determine pace of reopening

Tourist Economy Is Coming Back

Every sector of the economy, and every business, large or small, has been impacted by this global pandemic. But this region’s large and important hospitality and tourism sector has easily been the hardest-hit.

The hotels, restaurants, tourists attractions, event venues, and cultural institutions have been pummeled by this crisis. Some have not survived; those that have are battered and bruised, and that goes for small mom-and-pop operations, the $1 billion MGM Springfield resort casino, and everything in between.

As the calendar turns to April, though, there can finally be sentiment that the very worst is behind this sector and that better times are to come — though myriad challenges remain.

First, the good news. As various stories in this issue reveal, there are positive signs and ample amounts of optimism about what’s in store for this sector. Tanglewood, Jacob’s Pillow, and other renowned cultural institutions have announced that, after canceling everything (or staging only virtual performances) in 2020, they will have schedules of live offerings this year — although they will be different.

Meanwhile, there is a great deal of talk of pent-up demand, and new terms working their way into the lexicon like ‘revenge spending’ and ‘vacation retaliation.’ All this points to a summer — and a year — when people who spent their time off in 2020 (if they had any) on the back deck, might instead be spending some money taking in all that Western Mass. has to offer.

This good news is tempered by the hard reality that we just don’t know what this year portends when it comes to people getting back in the water — literally and figuratively. There is pent-up demand, yes, and many people certainly have money to spend. But when the time comes, will people be willing to gather in large numbers? Will there be a Big E, and if so, how many people will attend? Will people return to the casino? And when can MGM again stage the live events that bring so many people to downtown Springfield? Can the Basketball Hall of Fame bounce back from a dismal year? Will people have an appetite for crowded (or more crowded) restaurants? When will conventions return?

These are just some of the questions that will determine the short-term fate of the region’s tourism and hospitality industry. For the long term, we know the health and well-being of this sometimes-overlooked sector is absolutely critical to the economy of this region, and to its quality of life.

Thankfully, there are many signs that it’s ready to officially roar back to life.

Getting Back Home Is No Easy Task

As the Commonwealth begins the arduous task of turning its economy back on, the complicated situation conjures images from a scene in the movie Apollo 13.

That movie chronicled what became known as the ‘successful failure’ of that ill-fated flight to the moon almost exactly 50 years ago. Those familiar with the story know that, just over halfway to the moon, an explosion damaged the Odyssey spacecraft’s service module. Long story short, the crew had to abandon the Odyssey for the lunar landing vehicle Aquarius, and subsisted there while those at NASA figured out a way to get the crew home. 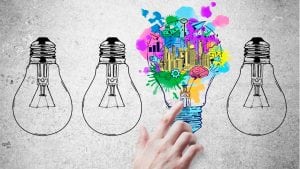 To get back to Earth safely, those at NASA had to eventually figure out a way to somehow start up the command module, which had been sitting idle for days, without power, in temperatures far below zero. If you’ve seen the movie, you remember a scene where one of the crew members, frustrated by the slow movement on a firm plan to restart the spacecraft, muttered ‘they don’t know how to do it’ to his colleagues.

At this precarious moment in history, many in the Commonwealth are tempted to say the same thing. Like the Odyssey, the state’s economy has been essentially frozen for several weeks now. Unthawing and restarting it will be a complicated process, and, just as with Apollo 13, there is no shortage of Ph.D.s working on the problem and trying to find a solution.

And, just as with that flight, there is obviously a lot at stake. With Apollo 13, it was three lives. With this pandemic … well, according to a report from the Massachusetts High Technology Council, the jobs of at least 40% of workers making less than $40,000 a year are at risk. Already, nearly 25% of the state’s workers have filed for unemployment benefits over the past six weeks. That’s right — close to one worker in four has sought relief. And the numbers could go higher still.

Suffice it to say this will be an extremely complicated process, and those undertaking it have to get it right. If they go too fast or move improperly, a setback will likely prove even more devastating for the state’s economy — an economy that was, as we all know, humming right along.

Indeed, just a few short months ago, the Boston-area economy was absolutely bursting at the seams. Cranes were everywhere, major corporations were moving to the city, and people were looking to high-speed rail as a way to somehow possibly relieve the congestion, sky-high prices, and intolerable commutes that were defining life inside Route 128.

It seems like those public hearings in downtown Springfield on high-speed rail options were years ago, not several weeks ago.

And the same can be said of the employment picture across the state and even here in Western Mass. It was only a few months ago that we were all talking about the skills gap and how companies with vacancies couldn’t fill them. The word ‘ghosting’ became part of the vocabulary, a term used, in some instances, to describe someone who, between the time they were offered a job and was scheduled to start, found something better. Every employer had a ghosting story — or several of them.

Not to carry the Apollo 13 analogy too far (too late), but the state’s economy was absolutely soaring, a rocket ship bound for new heights. And then … the explosion.

Now, the task at hand is to restart the economy and get people back home, to where they were. But that’s where the analogy ends. Home is much different than it was when we left, and there’s no just going back to it.

The return to something approaching normal, or a new normal, will be slow, as in painfully slow, and gradual. It will be to workplaces where people wear masks, work at least six feet apart, and get tested for the virus regularly. It will be to a casino where the slot machines are spaced widely, one might use a long, plastic stick to press buttons on those slots, and where thermal cameras monitor the temperature of patrons. It might well be a phased-in return where those who are older and most vulnerable, as well as those most able to work remotely, return last. It will be to a business community where the vast majority of ventures are simply fighting for their lives.

It will be different, and it will be different for quite some time. Anyone who still believes a switch can be flipped and we can go back to where we were is sadly mistaken. This is made clear by the stubbornly high numbers concerning cases and deaths in Massachusetts, and the fact that, just a few days ago, the governor ordered people to wear masks in public.

The state has to find a way to reopen the economy — it can’t stay closed much longer — and also keep people safe, not overwhelm the healthcare system, and not present a scenario where we take one step forward and two or three back.

Apollo 13 had a happy ending — even if the crew didn’t get to moon. But this isn’t a movie, and we don’t know how it’s going to end.

George O’Brien is the editor of BusinessWest