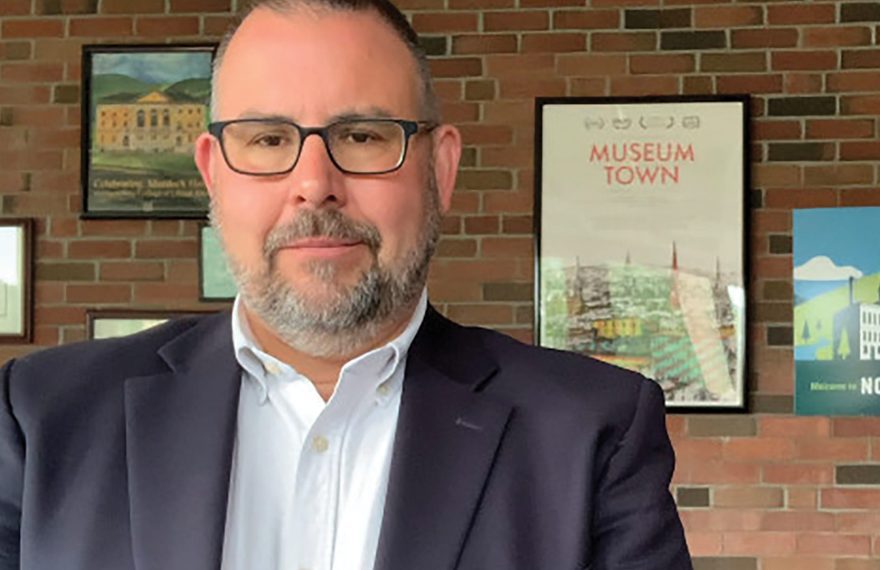 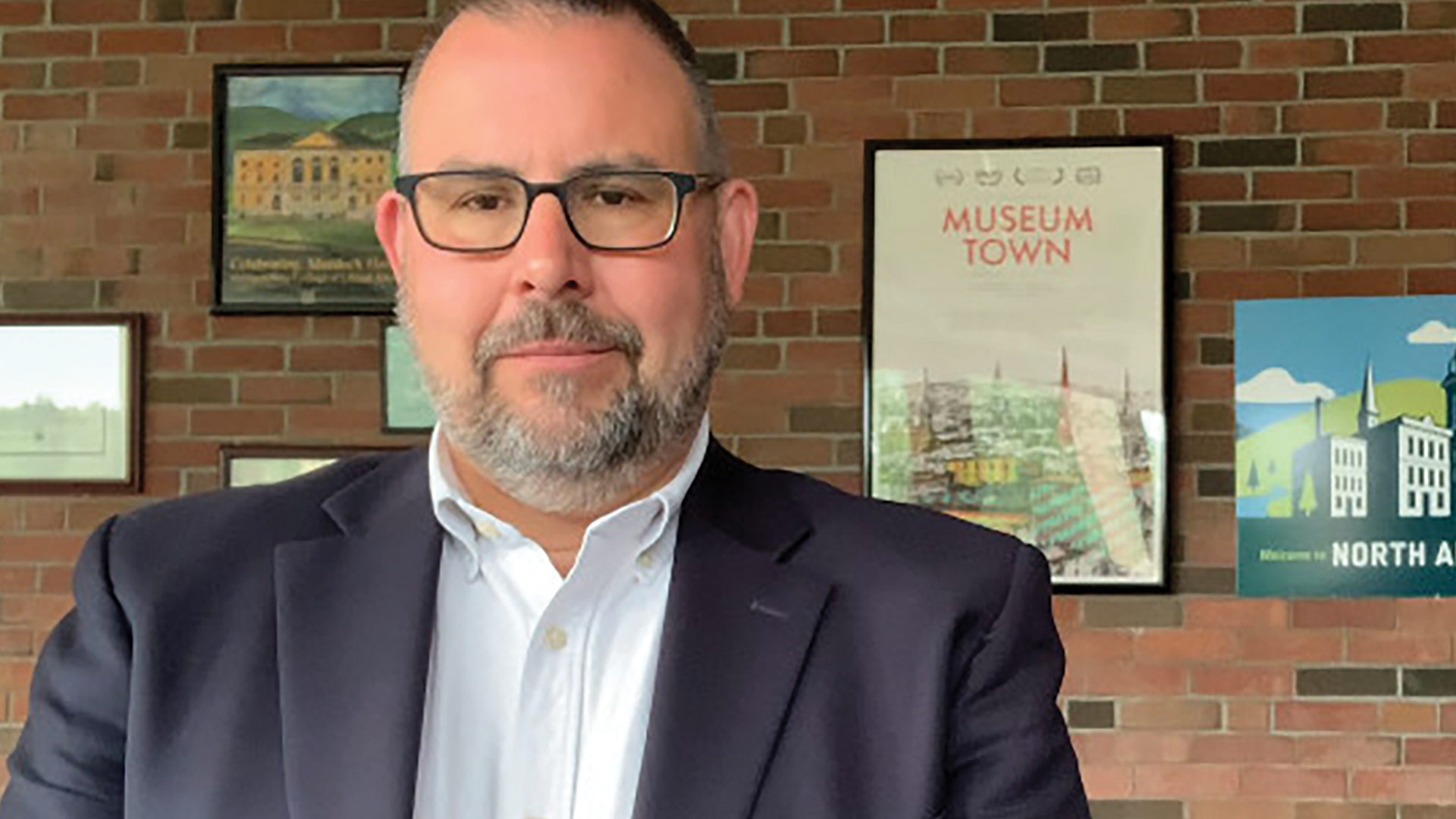 Mayor Thomas Bernard is gratified to see events like the FreshGrass Festival and the Fall Foliage Parade return to North Adams.

While North Adams tries to return to familiar norms, many are prepared to adjust if new pandemic concerns arise.

That’s the perspective of Mayor Thomas Bernard, anyway, who said his community has slowly and cautiously taken steps to bring back the positive routines of daily life.

“The moment that stands out for me is our first concert at Windsor Lake in early to mid-June,” Bernard said. “There were people who hadn’t seen neighbors and friends for more than a year. The sound of kids laughing and playing, great music, the spirit was unbelievable.”

More recently, he pointed to MASS MoCA’s FreshGrass Festival in September as an example of holding a popular event and exercising caution, as attendees had to show proof of vaccination or a negative COVID-19 test before entering.

“Returning to these events is the fulfillment of the promise we made to each other when things were shutting down — that we would be back,” Bernard said.

Though no one can predict what the future holds, Nico Dery said North Adams businesses are prepared to make a quick pivot if necessary.

“Businesses now have COVID plans in place that were developed from an entire season of figuring out what worked and what didn’t,” said Dery, business development coordinator for the North Adams Chamber of Commerce.

The city was the site for a robust vaccination effort that began in January and ran through June, during which time volunteers at the Northern Berkshire regional vaccination center held 40 clinics and administered nearly 25,000 vaccines to residents.

Right now, the vaccination rate in North Adams is around 65%, but that percentage does not reflect a fair number of residents who received their vaccine in Vermont or New York, the mayor pointed out. With North Adams located in the northwest corner of the state, the borders to both adjacent states are easily accessible.

“However you figure it, I’m not going to be happy until the numbers get above 80%,” he added.

“I’m optimistic and believe we’re going to have a great foliage season. Many businesses I’ve spoken with are preparing for lots of visitors this fall.”

Members of the regional emergency-planning committee who ran the COVID-19 operations center were honored at the 65th annual Fall Foliage Parade on Oct. 3.

“Everyone who was involved in the public-health response and the vaccination efforts are the folks who will be celebrated and honored as a sign of how far we have come,” Bernard said the week before the event — and a year after the parade was cancelled due to the coronavirus.

“The theme of this year’s parade was “Games, Movies, Takeout” — “everything that kept many of us going during the darkest times of the pandemic,” the mayor added.

Businesses in North Adams experienced what Dery called a “great summer,” with lots of visitors exploring the Berkshires.

“In the past, we had seen many people come here from New York City, but because of COVID, we’ve seen a big increase of people from the Boston metro area,” she noted, crediting the increased visitor traffic to people choosing to forgo a European or cross-country vacation and instead stay closer to home. 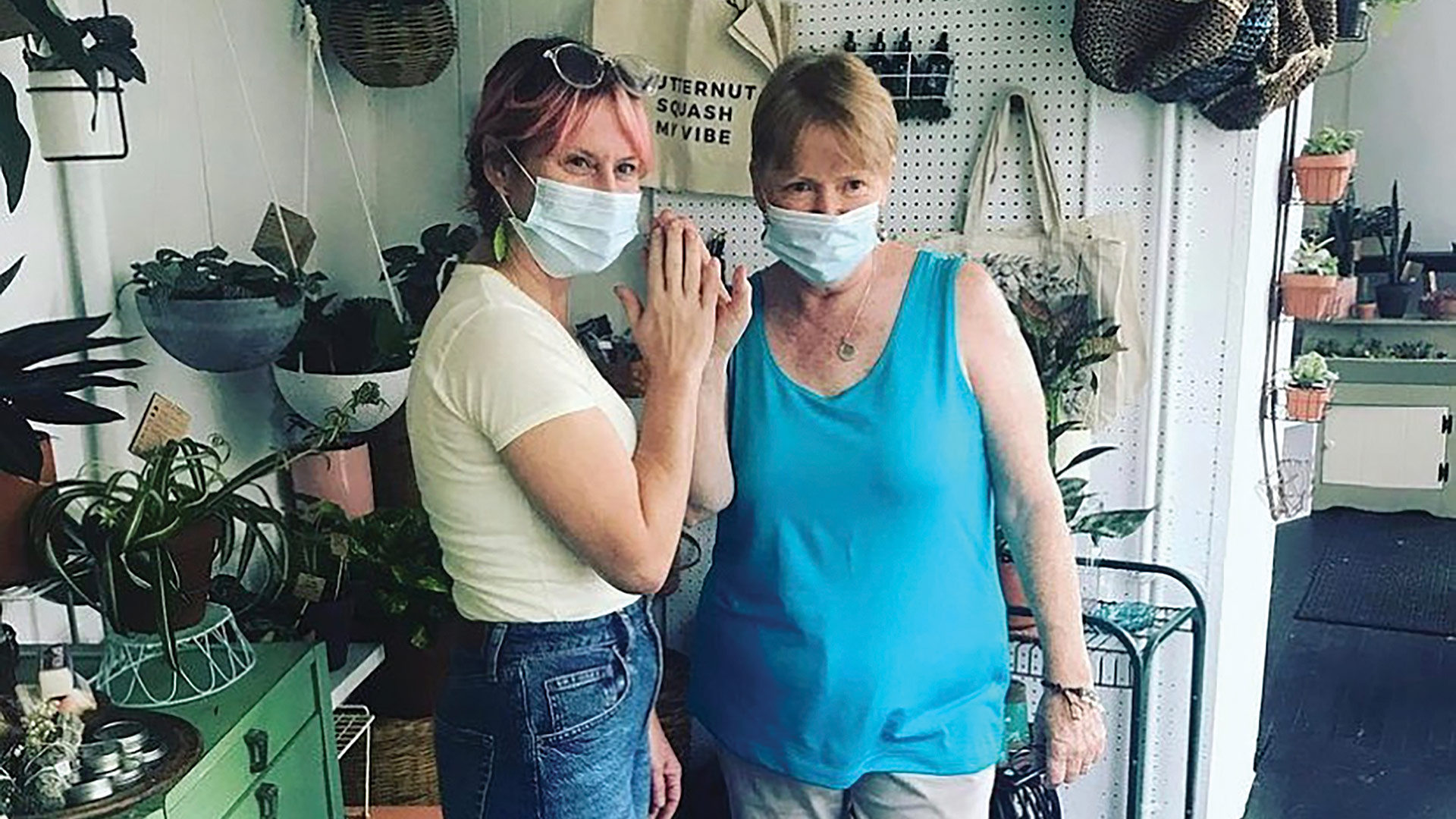 “I’m optimistic and believe we’re going to have a great foliage season,” she added. “Many businesses I’ve spoken with are preparing for lots of visitors this fall.”

North Adams has also seen a number of businesses open during the pandemic. Bernard pointed to the Clear Sky Cannabis dispensary, which opened in March, and the Bear and Bee Bookshop in June.

The Plant Connector opened in September 2020 before vaccines were available. Emilee Yawn, a co-owner of the shop, heard from naysayers who said North Adams was a tourist destination and, since there were no tourists during the pandemic, no one would come in.

However, “from the moment we opened, we’ve been bustling,” she said. “I had been growing plants in my one-bedroom apartment, and in no time, we had sold 120 plants. We had to quickly find a wholesaler and become a real business.”

Yawn and co-owner Bonnie Marks met at Jacob’s Pillow Dance Festival, where Yawn was office manager and Marks was a bookkeeper. When Yawn was laid off at the beginning of the pandemic, the idea of a store to promote their mutual passion for plants became more real.

Recently celebrating the first anniversary of the Plant Connector, Yawn noted that, since the opening, more than 6,700 people have walked through the door, and they’ve been averaging around 800 people a month — not bad for a 400-square-foot space.

While they have a website and have recently sold plants to customers in New Jersey, nearly 90% of their sales are from local people in the Berkshires.

“We feel very supported by the community,” Yawn said. “North Adams is a special place; I’ve never felt connected to so many awesome people.”

As the weather starts getting cooler, business is picking up, and Yawn is looking forward to leaf peepers drawn to the Mohawk Trail and surrounding areas. “We’re excited for them to come peep around our shop,” she added.

Businesses in North Adams are also gearing up for the holiday season and what’s known as Plaid Friday. The North Adams Chamber promotes this annual effort with posters and through social media to businesses throughout the Northern Berkshires.

“We started this initiative to encourage people to spend money in their communities on the day after Thanksgiving instead of going to the big-box stores,” Dery said. “Many retailers will run Plaid Friday all that weekend.”

Similar to most communities, hiring in North Adams, particularly in restaurants, remains a challenge. So far, many restaurants are operating at reduced hours to retain staff and prevent burnout.

“This upcoming winter will be interesting because many people are thinking outside the box on how to best manage this,” Dery said.

Bernard will also have an interesting winter after deciding not to run again for mayor. On the job since 2018, he called his time in office a “privilege of a lifetime, to serve North Adams, the community where I grew up.”

He looks forward to an historic election as voters will choose the first woman mayor in the city’s history. The two candidates who emerged from the runoff election, Jennifer Macksey and Lynette Bond, will face each other in the mayor’s race in November.

Bernard said he is still exploring the next move in his career. “I’m asked so often about my future plans, I feel like a senior in college,” he said with a laugh.

As she reflected on the success of the Plant Connector, Yawn admitted she thought the store would flop and she would have to sell plants on eBay and Etsy to survive. Shortly after opening, however, she saw they had something special there.

“I always say this about North Adams,” Yawn said. “This city chooses its people, and people don’t choose it. That’s why there’s a high concentration of awesome people here.”

Employers Must Focus on Returning Women to the Workforce

The COVID-19 pandemic has impacted the workplace forever.

According to a report titled “Women in the Workplace – 2020,” women have been hit especially hard. As the report explains, “the COVID-19 crisis has disrupted corporate America in ways we’ve never seen before. No one is experiencing business as usual, but women — especially mothers, senior-level women, and black women — have faced distinct challenges. One in four women are considering downshifting their careers or leaving the workforce due to COVID-19.”

Gender and racial diversity are unquestionably beneficial to the workplace as it can lead to a wider talent pool with people who provide different perspectives and skill sets to utilize. With job rates slowly climbing back towards pre-pandemic levels, businesses need to put a conscious effort on recruiting and retaining female employees, and females of color in particular. Businesses small and large should re-evaluate their current practices and consider several ways to increase or maintain women in the workforce. Here are some suggestions from an employment-law attorney.

This can be the easiest strategy, depending on your business. Allowing employees to establish their own schedules or flex the typical 9-5 business model can assist them in better balancing their home and work responsibilities. This option can allow parents to mold their schedule around daycare availability (e.g., 7 a.m. to 3 p.m. or 10 a.m. to 6 p.m.) or split their shift around home responsibilities.

According to a study by ResumeGo, applicants with work gaps of greater than six months have a 45% lower chance of receiving job interviews. Millions have lost their jobs during the pandemic and remain unemployed. With so many individuals forced to exit the workforce over the past year, accepting gaps in employment is critical to eliminating these hiring barriers.

The COVID-19 pandemic has made it clear that new job skills are critical in a more digitized working environment. Remote work and Zoom meetings are here to stay. Offering initial job training for skills and requirements that do not require certification or a degree will allow displaced workers a chance to gain useful skills in a new working environment. Similarly, cross-training employees to learn each other’s responsibilities (so long as their positions have enough overlap) can be effective when emergencies arise due to absences from work or other staffing challenges.

A female-led or minority-led mentorship program can support and promote the advancement of under-represented groups within the workplace. Seasoned women employees can be great support structures for other women trying to begin their careers or advance within the company. Women who are currently excelling at their position or working in an executive-level position can assist other women dealing with similar daily challenges, such as work-life balance.

This one is more abstract and requires internal inquiries, but you should ask if your business provides a culture where women are valued or has a diverse demographic that is often desired by applicants. Ask yourself: is your workforce gender-diverse? What about the leadership positions? If the answer to these questions suggests unequal gender representation in the workplace, ask whether it is because of a culture that does not support women. Perhaps it’s more of a recruiting issue. In any event, you should dig deep for answers and insist on change.

Providing on-site childcare is probably an option only for larger businesses. However, here are a few suggestions for all businesses to consider:

• Revisit your employee benefits. Do you already, or can you afford to, provide a childcare subsidy, childcare referral services for nearby locations, or extended paid leave?

• Partner with surrounding businesses. If your business space is too small to provide on-site childcare, reach out to nearby childcare locations and discuss rates and hours that could create a partnership between the businesses or, at the very least, a referral resource.

• Offer extended FFCRA benefits, which are available until Sept. 30, 2021, and can be used by employees to take time off for childcare or other COVID-19-related reasons.

After making positive strides in the workforce over the past decade, women’s participation in the workforce declined over the last year. To correct this trend, businesses will need to put a conscious effort toward recruiting women into their workforce.