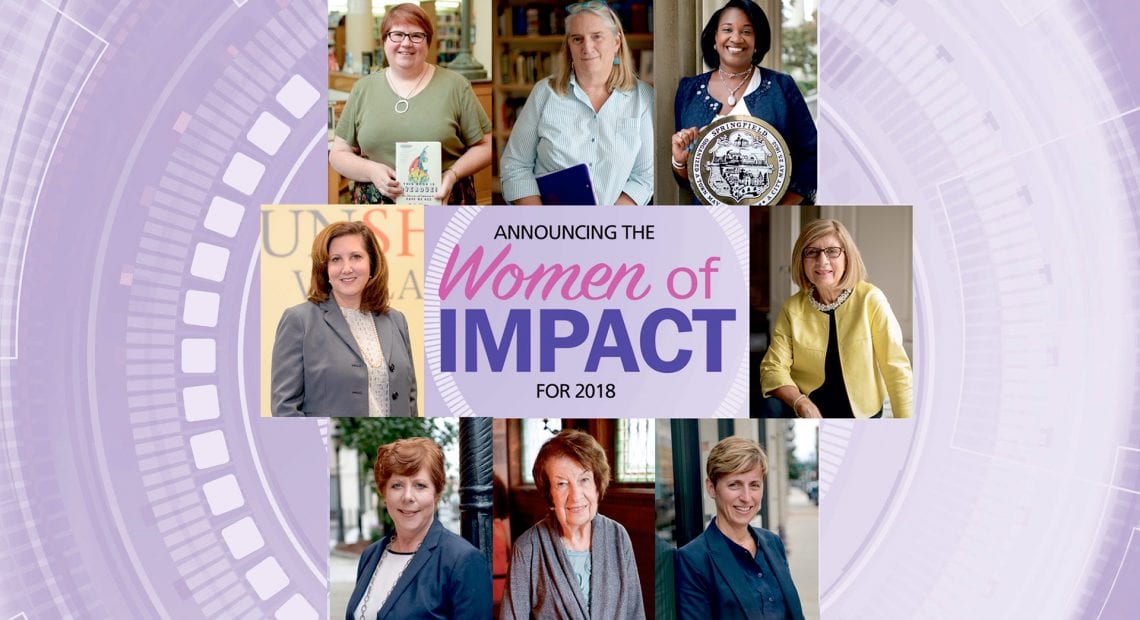 Women of Impact to Be Saluted on Dec. 6 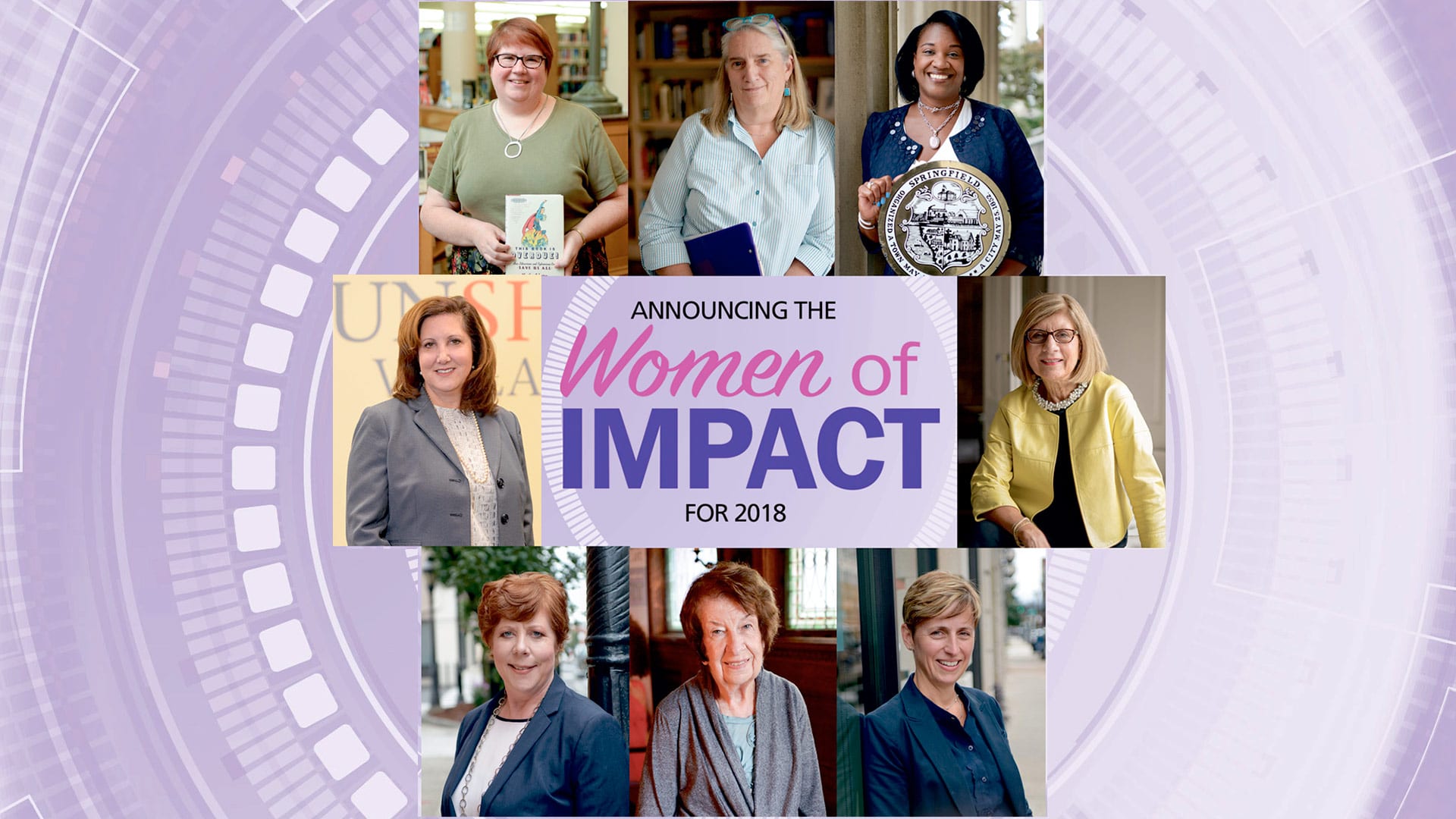 You will read those words countless times over the next 8 profiles as BusinessWest introduces its first Women of Impact.

In fact, you might read all or most of those words in each of the stories because each member of this inaugural Class of 2018 are, as you’ll see, worthy of those adjectives.

These are compelling stories about remarkable women, and as you read them, you’ll quickly understand why BusinessWest added Women of Impact to its growing list of annual recognition programs. In short, these stories need to be told. 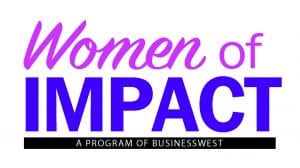 Some have been told in part before, but not in this context. Not in the context of a celebration of women achieving great things, standing out in their chosen field, and doing impactful work in the community.

BusinessWest chose to create this setting, this stage, if you will, because, while there have always been women of impact, many of these individuals and many of their accomplishments have not been given their proper due.

We’ll rectify that first with these stories on these pages, which detail not what these women do for a living, but what they’ve done with their lives. Specifically, they’ve become leaders in their fields, leaders within the community, and, most importantly, inspirations to all those around them.

The stories are all different, but there are many common denominators: these are women and leaders who have vision, passion, drive to excel, and a desire to put their considerable talents to work mentoring and helping others.

Individually and especially together, they’re made this a much better place to live, work, raise a family, and run a business.

They will be celebrated on Dec. 6 at the Sheraton in Springfield, starting at 11:30 a.m.. We invite you to come and applaud true Women of Impact.

Thank you to our sponsors: 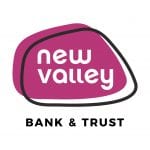 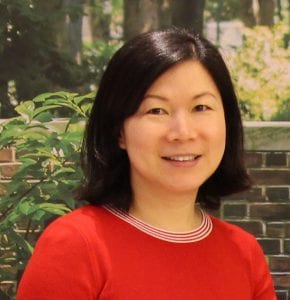 The first Asian woman to complete the Explorers Grand Slam. Lei Wang’s journey redefined success in her own terms, and today, she is challenging individuals around the world to do the same.

In 2004, Lei, who grew up as a Beijing city girl who had no athletic training, set out to climb Mount Everest. She was on a promising career trek in finance with an MBA from Wharton. But she was excited about proving that an ordinary person could climb Everest. That excitement empowered her to not only climb Everest, but to become the first Asian woman to complete a journey to the summits of the highest mountains on each of the 7 continents and to the north and south pole, a feat called the Explorer’s Grand Slam. As she endured outstanding hardships and overcame seemingly insurmountable obstacles, she made an astonishing  discovery. She discovered that excitement is the driving force motivates and empowers every one of us and the secret to innovation, peak performance and extraordinary achievement. Today as a speaker, author and adventurer she travels the world to ascend new summits and empower individuals and organizations to dream big, take a leap of faith and to tap into the power of excitement to realize their potential and reach the heights of success. Read more about Lei here. 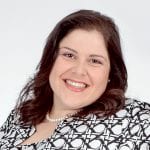 Samalid Hogan is the regional director for the Massachusetts Small Business Development Center Network’s Western Regional Office. In that role, she has built partnerships across public, private, and civic sectors to achieve economic-development goals for the Pioneer Valley region. In 2014, Hogan founded CoWork Springfield, the city’s first co-working space, which focuses on serving women and minority-owned businesses. In addition, she was appointed to the Governor’s Latino Advisory Commission in 2017, and serves on the boards of several organizations, including Common Capital, the New England Public Radio Foundation, the Minority Business Alliance, and National Junior Tennis and Learning of Greater Springfield. A BusinessWest 40 Under Forty honoree in 2013 and winner of the Continued Excellence Award in 2018, she was also awarded the Grinspoon Entrepreneurial Spirit Award in 2017 and was recognized as a Woman Trailblazer and Trendsetter by the Massachusetts Latino Chamber of Commerce in 2016. 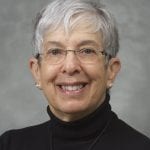 Susan Jaye-Kaplan is the founder of the Pioneer Valley Women’s Running Club and Go FIT Inc., and co-founder of Link to Libraries Inc., an organization whose mission is to collect and distribute books to public elementary schools and nonprofit organizations in Western Mass. and Connecticut. She is also the co-founder of the Women’s Leadership Network and founder of the Pioneer Valley Women’s Running Club of Western Mass., as well as an advisory board member and fundraiser for Square One. She has received one of the nation’s Daily Point of Light Awards, the President’s Citation Award at Western New England College, Elms College’s Step Forward/Step Ahead Woman of Vision Award, Reminder Publications’ Hometown Hero Award, the Mass. Commission on the Status of Women Unsung Heroines Award, the New England Patriots’ International Charitable Foundation Community MVP Award (the only person to receive this award two times), and the Girl Scouts of Pioneer Valley’s Women of Distinction Award. She was chosen one of BusinessWest’s Difference Makers in 2009. She has also received the National Conference on Community Justice Award, the Springfield Pynchon Award, and the Holyoke Rotary’s Paul Harris Award. 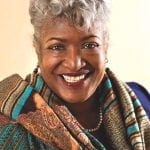 Dora Robinson has served as a nonprofit leader and practitioner for more than 35 years. She recently retired from the United Way of Pioneer Valley (UWPV) after serving for more than eight years as president and CEO. Previously, she served as the first full-time president and CEO of Martin Luther King Jr. Family Services for 19 years. The foundation for these leadership roles is based on previous experiences as corporate director and vice president for the Center for Human Development and vice president of Education at the Urban League of Springfield. Her earlier professional experiences included social work with adolescents and families, community outreach, and program planning and management. She is currently an adjunct professor at Springfield College School for Social Work and the School for Professional Studies. Dora has received much recognition for her work as a nonprofit executive leader and her work in social justice. Most recently, she was elected to serve on the board of directors for the Women’s Fund of Western Massachusetts and is serving as a steering committee member to establish a neighborhood-based library in East Forest Park.