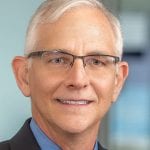 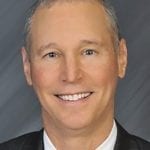 Richard Swift, who has served as Health New England’s (HNE) interim chief financial officer since April, has been appointed president and CEO, effective immediately. HNE also announced the appointment of Dr. Ira Klein to the role of vice president and chief medical officer. Swift is an experienced chief executive officer and chief financial officer for provider- owned health plans, and a senior healthcare executive with over 30 years of leadership with integrated delivery systems, health plans, and provider groups throughout the country. He has served as president of Medwise Partners, a health-insurance consulting company he founded in 1996. In that capacity, he has served in numerous interim executive roles for regional health plans throughout the U.S. He holds a bachelor’s degree from Mercer University and an MBA in healthcare administration from the University of Miami in Florida. In this new position, Klein is responsible for ensuring the quality and cost-effectiveness of healthcare services for Health New England members, and will focus on clinical excellence, innovation, and technology to improve health outcomes. Before joining Health New England, Klein served as senior director and lead, Healthcare Quality Strategy at Janssen for Johnson and Johnson Inc. in New Brunswick, N.J. Previously, he held various positions at Aetna Inc. in Hartford, Conn., including medical director, Patient Management, Northeast Region; senior medical director and analyst, National Accounts; and chief of staff and national medical director, Clinical Thought Leadership. Klein holds an MBA degree from Rutgers University’s Graduate School of Management, a doctor of medicine degree from the University of Medicine and Dentistry of New Jersey – Robert Wood Johnson Medical School, and a bachelor’s degree from Rutgers University’s College of Pharmacy. 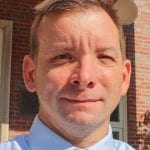 American International College (AIC) recently welcomed Lt. John Vanasse to lead the campus police department. Vanasse is an employee of G4S Secure Solutions North America, a leading international security-solutions group and the provider of campus-security services for American International College for more than five years. Vanasse’s background and experience lend well to his new role at the college. Most recently, he was an instructor of Criminal Justice at Westfield High School. He has also served as a corrections officer and deputy sheriff at the Hampshire County Jail and House of Corrections. Additionally, while working in safety and security for the Springfield public schools, he managed a million-dollar budget, supervised security staff at schools throughout the district, developed safety and security training programs, and conducted investigations into major security infractions. Prior to relocating to Western Mass. 15 years ago, he was deputy director for Safety and Security at the Massachusetts State House and other state facilities throughout Government Center in Boston. Vanasse received his undergraduate degree in criminology and law from Suffolk University and a master’s degree in criminal justice from Anna Maria College. 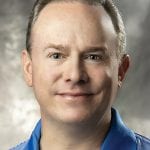 Aegis Energy, EDF Group, a leading provider of co-generation technology, hired experienced energy-sector professional Michael Bartoszek to the role of business development manager. Bartoszek’s hire comes during an extended period of growth; Aegis recently added 12 team members and has plans to add four more. Although new to Aegis, Michael is no stranger to the company or its affiliates, having previously held the position of regional manager for the Eastern U.S. for Citelum North America, a unit of the EDF Group. With his knowledge of EDF offerings and more than two decades of industry experience, he is well-equipped to suggest energy solutions in his current role of business development manager. 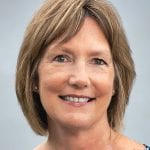 Florence Bank promoted Shelley Moreau to the position of vice president, mortgage compliance specialist in the Residential Lending department at the main office in Florence. Moreau has been an employee of Florence Bank for 37 years. Prior to her recent promotion, she served as the assistant vice president, mortgage compliance specialist. She is a graduate of the American Bankers’ Assoc. Compliance School for Lending. During her tenure at the bank, she has been the recipient of the President’s Award, which is awarded to employees who demonstrate superior levels of performance, customer service, and overall contribution to the bank. Moreau serves her community as treasurer and board member of the Hilltown Community Development Corp. in Chesterfield. 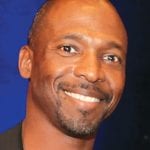 Tech Foundry, a nonprofit with a mission to support the region’s growing need for a qualified technology workforce and elevate underrepresented groups into sustainable careers in information technology, has named Bruce Dixon its new CEO. Dixon will work alongside an 11-member board, lead a five-member staff, and drive strategic business partnerships and curriculum development to propel the already-thriving organization forward. Dixon previously served as CEO of the Connecticut Pre-Engineering Program, a social venture that inspires and prepares underrepresented students to pursue careers in science, technology, engineering, and mathematics. It’s this background that generated interest among Tech Foundry board members, but it’s his well-rounded background and personal philosophy that solidified his candidacy. Dixon is an award-winning innovator, social entrepreneur, adventurer, storyteller, and self-proclaimed “human-performance geek.” He has held a variety of leadership roles with the Hartford Financial Services Group and the Chubb group of insurance companies; was honored with numerous awards, including the Connecticut Science Center Award for Achievement in STEM Innovation and Education and Wesleyan University’s Social Entrepreneurship Award; and was invited as an honored guest to the 2014 inaugural White House Maker Faire. 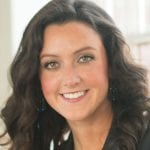 The Children’s Study Home recently appointed board of directors member Darcy (Fortune) Young to its executive committee. Young has been a member of the board since 2018, serving on the communications committee. She has consulted on everything from fundraising to digital marketing and, most recently, was part of the board effort to transition to a new executive director for the 155-year old agency. One of her first acts as a member of the communications committee was to film and produced a promotional video for the nonprofit agency. In the video, professionals from Baystate Orthopedic Surgery Center; PeoplesBank; Gomes, DaCruz, & Tracy P.C.; and Sullivan, Hayes & Quinn explain not only the critical impact the Children’s Study Home has on youth, but also the community. Founded in 1865, the Children’s Study Home serves children, adolescents, and families with special needs throughout the Pioneer Valley, the Berkshires, and Cape Cod, who are often struggling to cope with behavioral, psychiatric, and cognitive issues related to the experiences they have survived. The staff of the Children’s Study Home assesses their needs and develops individualized service plans that foster recovery, growth, and wellness. As a digital public relations analyst for Garvey Communication Associates Inc. (GCAi), Young has developed and implemented numerous public-relations campaigns for some of the market’s leading brands. She is also one of the only female video producers in the region. In 2018, she produced “Innovation Series,” which won an award from the Advertising Club of Western Massachusetts. Prior to joining GCAi, she was a field producer, assignment desk editor, and production assistant for FOX News and ABC News affiliates. Young is a cum laude graduate of Westfield State University, where she earned a bachelor’s degree in communication, journalism, and public & corporate communication. 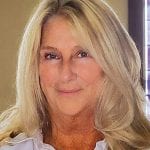 CitySpace announced that Andrea Kunst will fill the role of capital campaign manager for the organization, and will guide the Transformation Campaign, a project to restore and create a flexible performing-arts and community space in Easthampton’s Old Town Hall. Kunst brings 20 years of advancement experience, raising close to $30 million in funding for schools and mission-driven nonprofits. After being introduced to the field of development at a Jesuit middle school in Jamaica Plain, Kunst found her calling and has continued to support organizations with strong missions of meeting community needs. Prior to retiring from Boston public schools, she spent a decade as the director of Advancement for a competency-based alternative high school in Roxbury. She has worked extensively in many creative fields, including writing columns for Boston magazine, teaching technical writing at Boston Architectural Center, managing a jazz club in Cambridge, and serving as board chair for Dorchester Arts Collaborative during its successful opening of Dorchester’s first community art gallery. In 2016, Kunst began Cushing Mill, a contracting company for schools and nonprofits in need of advancement services. In that role, she has worked for the Center for Health and Food Law Policy at Harvard University, Fields Corner Main Street in Dorchester, All Dorchester Sports and Leadership; Boston Green Academy in Brighton, and Boston Farms Community Land Trust. She received both her bachelor’s and master’s degrees in communications from Emerson College.

OMG Roofing Products promoted Adam Cincotta to the position of vice president of the company’s Adhesives and Solar Business unit, one of three business units within OMG Roofing Products. In this role, he is responsible for developing and executing the overall business-unit strategy, including product and market development, as well as managing the business unit’s profit and loss. He reports to Peter Coyne, senior vice president and general manager of OMG Roofing Products. Cincotta joined OMG Roofing Products in 2014 as a product manager for the OlyBond Adhesives product line. Most recently, he was director of the Adhesives and Solar Business unit. Under his leadership, the business unit has experienced strong growth driven by several successful new products for which he was responsible, including OlyBond500 Canisters, PaceCarts, and the PowerGrip solar-mount portfolio. Prior to joining OMG, Cincotta served in product-management and marketing roles at Newell Rubbermaid, ITW, and Danaher. He holds a bachelor’s degree in applied economics and management from Cornell University, and an MBA from the University of Massachusetts. 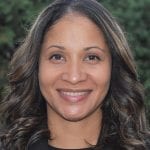 Aesha Mu’min, a 2019 American International College (AIC) alumna of the clinical psychology graduate-degree program, and current doctoral student in the mental health counseling program, was recently named a 100 Women of Color class of 2020 award recipient. The gala and awards event recognizes the contributions that women in business, education, entrepreneurship, entertainment, and service have made to impact the lives of people throughout their communities in Connecticut and Massachusetts. Mu’min was selected to the 2020 cohort of awardees because of her dedication to and innovative work as a deputy warden in the Connecticut Department of Corrections. In November 2019, she was integral in piloting the equine-assisted psychotherapy sessions offered by Operation Warrior Horse, a 10-week program housed in the 110-bed unit for military veterans at the Willard-Cybulski Correctional Institution in Enfield, Conn. The program offered inmates an opportunity to meet with therapists and interact with horses in the prison yard for two hours each week. Operating at no cost to the state, the program was sponsored by Healing Hoofbeats of Connecticut. While similar correctional programs utilize equine therapy, this was the first such program to be tailored to the needs of incarcerated military veterans. 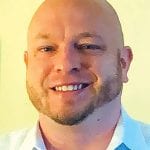 Kyle Sullivan, assistant vice president at John M. Glover Insurance Agency, recently celebrated his 10th anniversary at the firm. Sullivan sells home, auto, and business insurance and became assistant vice president in 2016. He holds a bachelor’s degree in business administration from Nichols College. To better assist his commercial customers, he also holds a commercial-lines coverage specialist certification through the Hartford School of Insurance. Sullivan previously worked in the restaurant industry for 10 years, which gave him customer-service experience along with a unique perspective on insuring restauranteurs. He works with commercial clients who range from contractors, real-estate investors, and restauranteurs to the owners of car dealerships and auto-body shops.